Today we announce two changes to the Magic Rivals League roster effective immediately for the 2020-21 season. 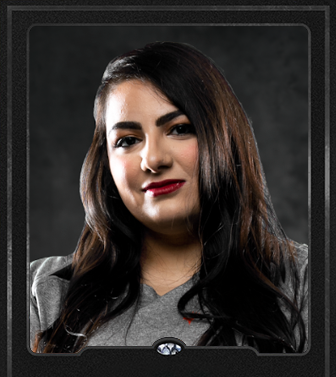 Due to her impending immigration to the United States and the associated work ineligibility, Jess Estephan will be leaving the Magic Rivals League.

Estephan has been a strong competitor and the Rivals League will miss her. We wish her safe travels and welcome her to the United States!

It is with both a bit of joy and a bit of sadness that we also announce today that Emma Handy will be leaving the Magic Rivals League—to come work at Wizards of the Coast!

Handy has accepted a position working for our Play Design team, which we could not be more excited about. She has proven to be a skilled and thoughtful player and we’re excited to have her talents on the design team. That does mean, however, that she will be stepping back from the Magic Rivals League.

Per league rules, Rivals members who leave the league mid-season will not be replaced. Because both Handy and Estephan have played against some members of the league and not others, we will be voiding all League Weekend match results against them and canceling their future matches. We believe this is the most equitable way to handle their departure at this point in the season while maintaining even numbers of match wins and being able to accurately calculate tiebreakers.

We look forward to working with Handy and to the successful completion of the League season. 2020-21 League play resumes with the January Kaldheim League Weekend, broadcasting live Jan. 16–17 on twitch.tv/magic.