In the Magic esports debut for Historic, the fledgling format found itself entering the 2020 Mythic Invitational with an unexpected—but unsurprising—leader in . There were 160 players competing on Day One, and about a third of them were playing the aggressive archetype.

Players were prepared to see just how far they could go with Goblins. How would it stand up to a metagame where most players showed up with some kind of anti-Goblins plan?

After seven rounds of play, anyone with a 4-3 record advanced to Day Two. The verdict on Goblins? Pretty even. Mono-Red and Rakdos versions of Goblins combined to make up 33.8% of the Day One field; they represented 32.1% entering Day Two.

Here's how the full metagame shook out. 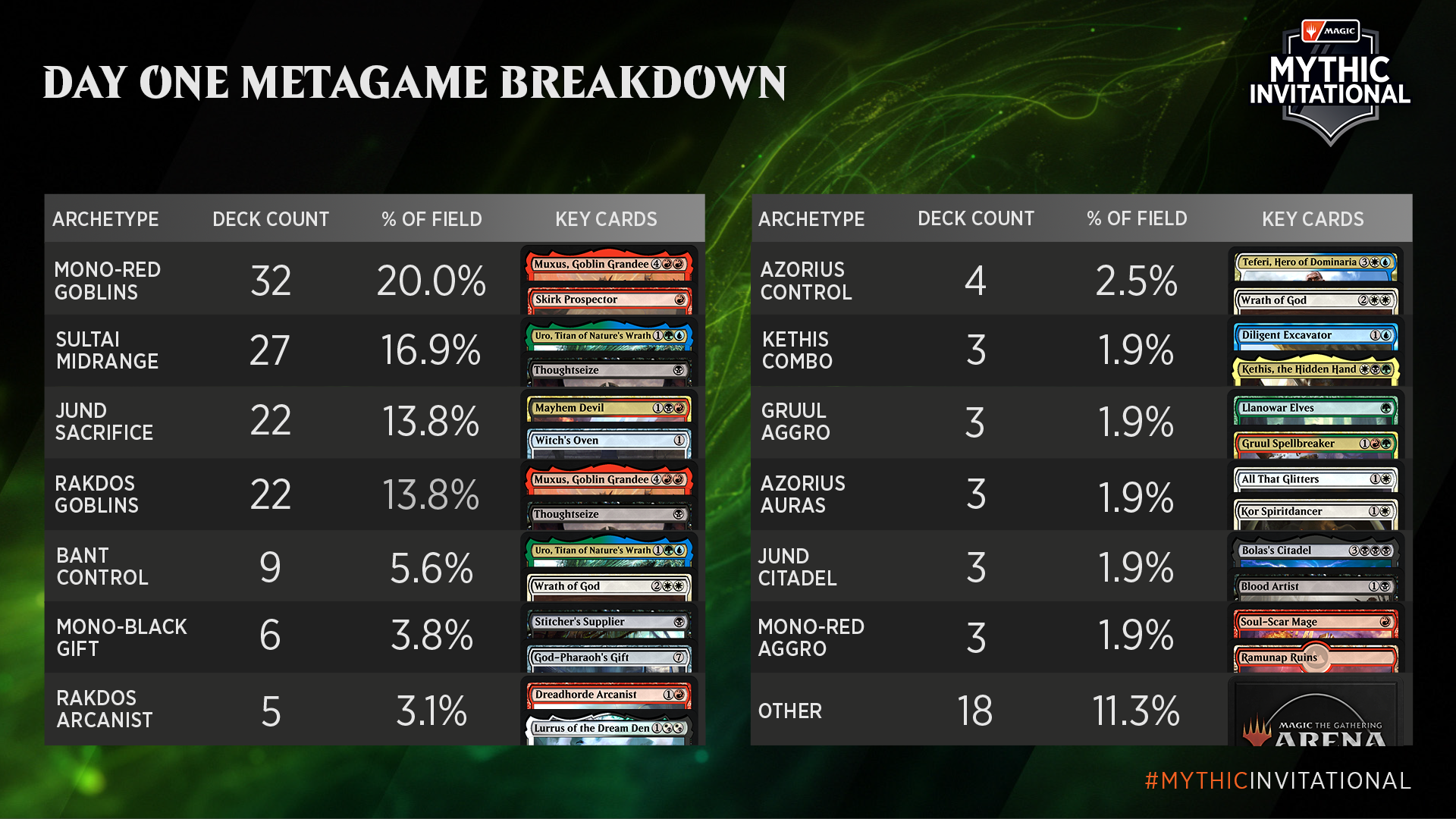 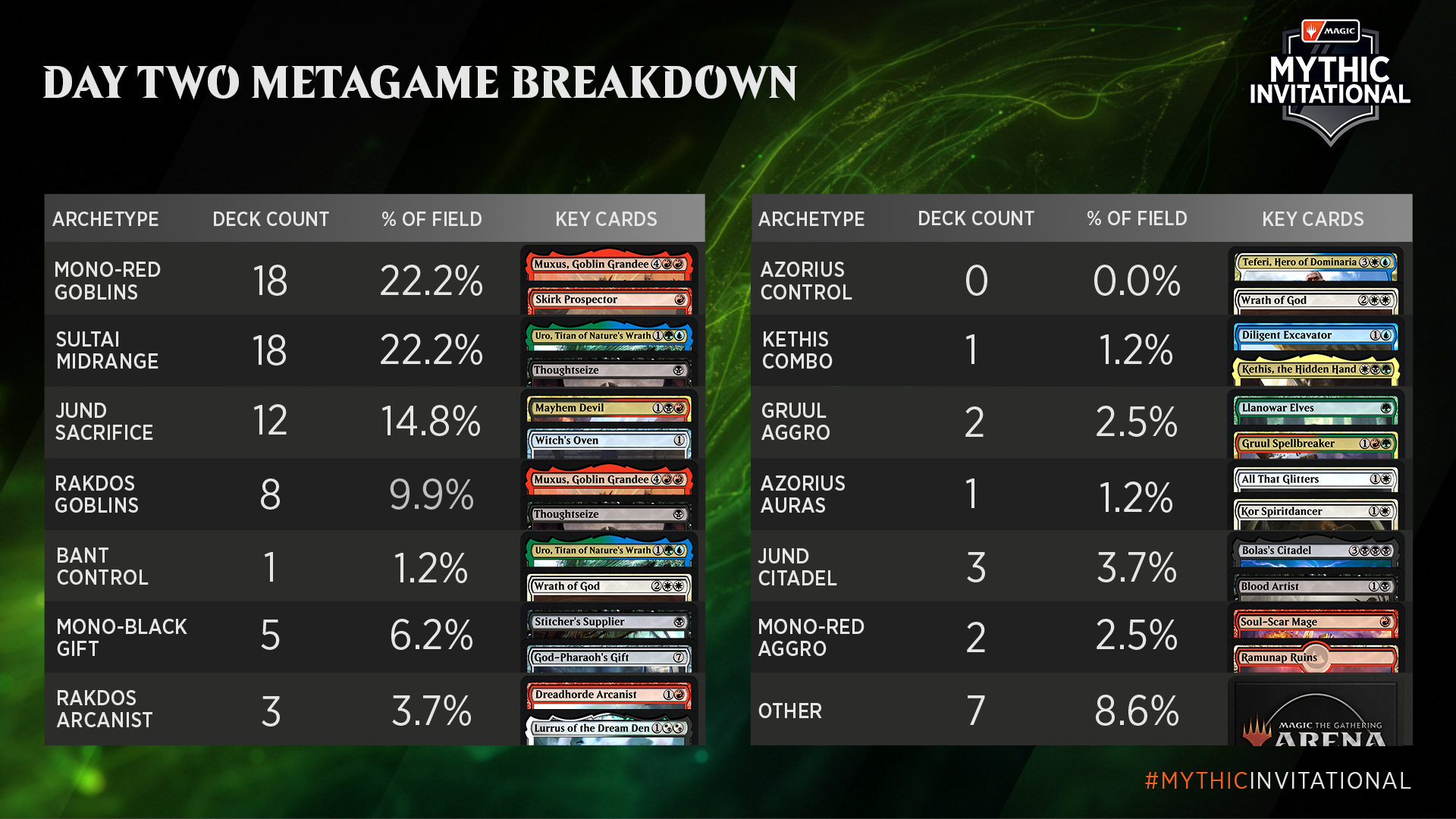 Between the Day Two numbers and six other archetypes among the top ten players at the end of Day One, Historic was off to an auspicious start. Day One was filled with back-and-forth games featuring wild moments to "flashing back" to shenanigans to even old-fasioned Turbo Fog (which failed to make the Day Two cut).

Historic at the 2020 Mythic Invitational had it all.

In the midst of such polarizing ends of the format, Goblins rose to the top due to its unique mix of explosiveness—thanks to and —and resilience. There are powerful sweepers like and floating around, and Goblins wouldn't be able to compete if it folded to just a board wipe. With , , and above all , the deck can reload almost effortlessly.

Battle for The Field

Of the decks played by a large chunk of players, Sultai Midrange overperformed the most. Its 5% increase in its share of the field from the Day One to Day Two field showed that is alive and well in Historic. 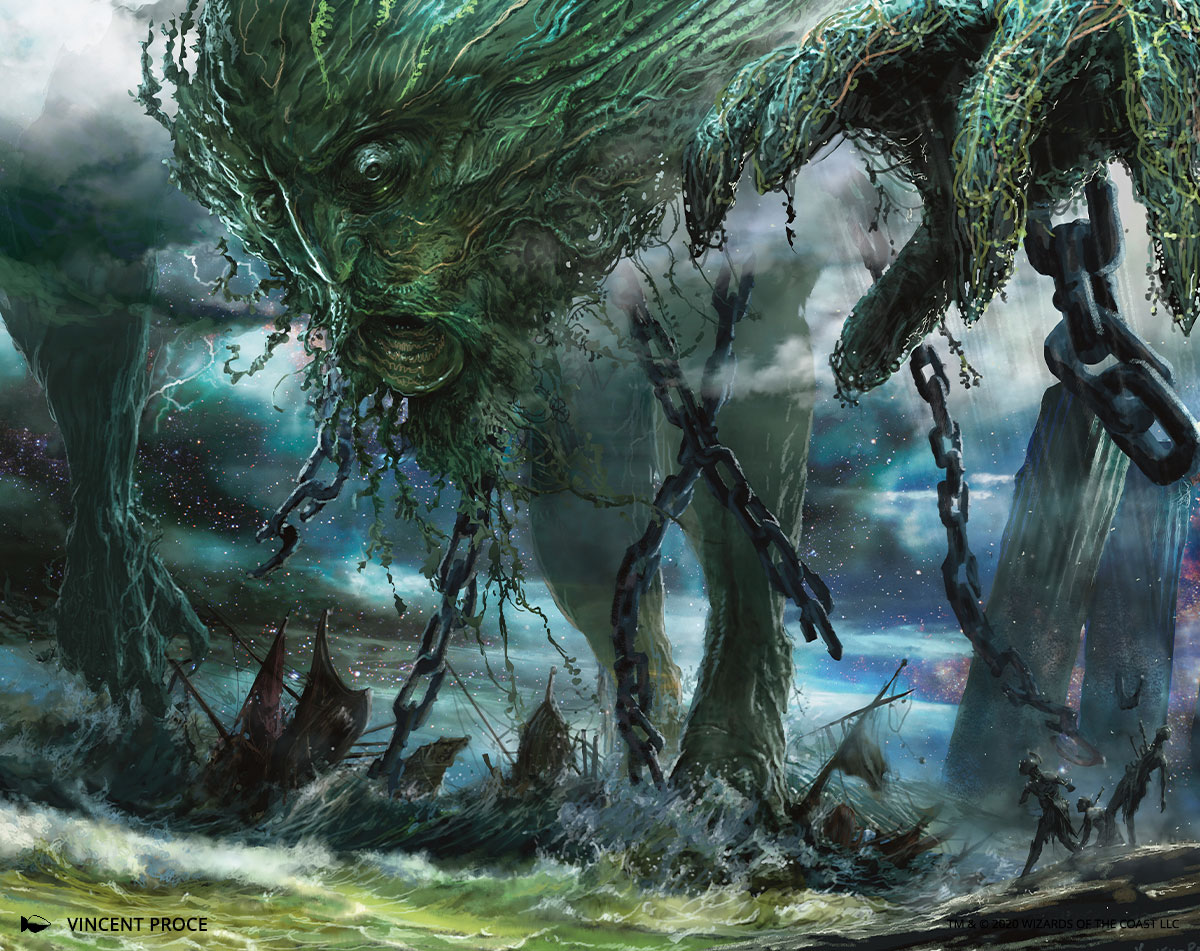 What Goblins has in synergy and explosive plays, Sultai makes up for in raw power. It brings together the power of Uro alongside and . Fueled by familiar starts that dominated Standard for the last year, the deck comes out of the gates faster than you expect to power out and early "Nissa, Who Takes Over the Game". The extra mana that follows is put to good use with or .

It took Montserrat Ayensa to a 6-1 finish, the only Uro representative at 18 points or better.

Sacrifice decks also had a good day. From Ivan Floch's undefeated Day One run with Jund Sacrifice list to Andrew Norgren's more aggressive Rakdos Sacrifice build to the four copies of that Luis Salvatto included in his 6-1 Rakdos deck, sacrificing your own permanents has never looked so good.

The key addition that sets these decks apart from their Standard counterparts is the addition of , which allows an instant-speed angle of attack many decks struggle to beat.

The deck that took Luis Salvatto and Yimin Zhi to 6-1 records deserves a closer look. It's the rare Rakdos raw card advantage engine, bringing together some unexpected spells into a surprisingly explosive shell. and Kroxa clear away an opponent's hand, and from there the deck has several angles of attack:

The deck is brought together by the snowballing power . It's also the first true home for , a powerful Magic card that never served as pivotal a role in a deck as it does here.

A few other Day One takeaways for the Historic format:

Best of the Rest

Some true brews emerged to perform well, however. Headlining has to be Christopher Leonard, who was one of just two players to bring Mono-Green Planeswalkers to battle. Going rogue paid off, as he finished Day One comfortably at 6-1.

As the combo deck exception, Mono-Black also turned in a strong Day One. Five of the six players on the deck advanced to Day Two, each aiming to fill their graveyard with and setting up a quick activation. Leading the charge here are MPL player and Magic Hall of Famer Paulo Vitor Damo da Rosa and Rivals League competitor Matt Nass, both playing the same deck and finishing Day One at 5-2.