"He is your Players Tour Finals champion!"

Marshall Sutcliffe's voice reached a crescendo as Kristof Prinz found the final piece of his puzzle to claim victory in the biggest Magic showdown of his life.

Facing his most difficult matchup, battling all the way from behind to take back-to-back matches, then relying on—and receiving—unbelievable top decks to win the trophy is what competitive players who face elimination dream of. It was a moment that came together to put Prinz firmly onto the competitive map.

And he did it all at 3 a.m., with a silent fist pump alone in his room at home.

Prinz is quiet-spoken and humble, comfortable speaking English though it's a second language from his native German. "Playing in a lot of Grand Prix and consuming Magic content in English makes it possible to converse at a high level," he explained.

His life is dedicated to both Magic and his studies, reflecting his still-young plans. "I'm not a very celebrative person," he explained. "I'm full-time studying for my master's, and I live with my parents. Leibniz Universität Hannover—the university I'm studying at—is only five minutes by foot." 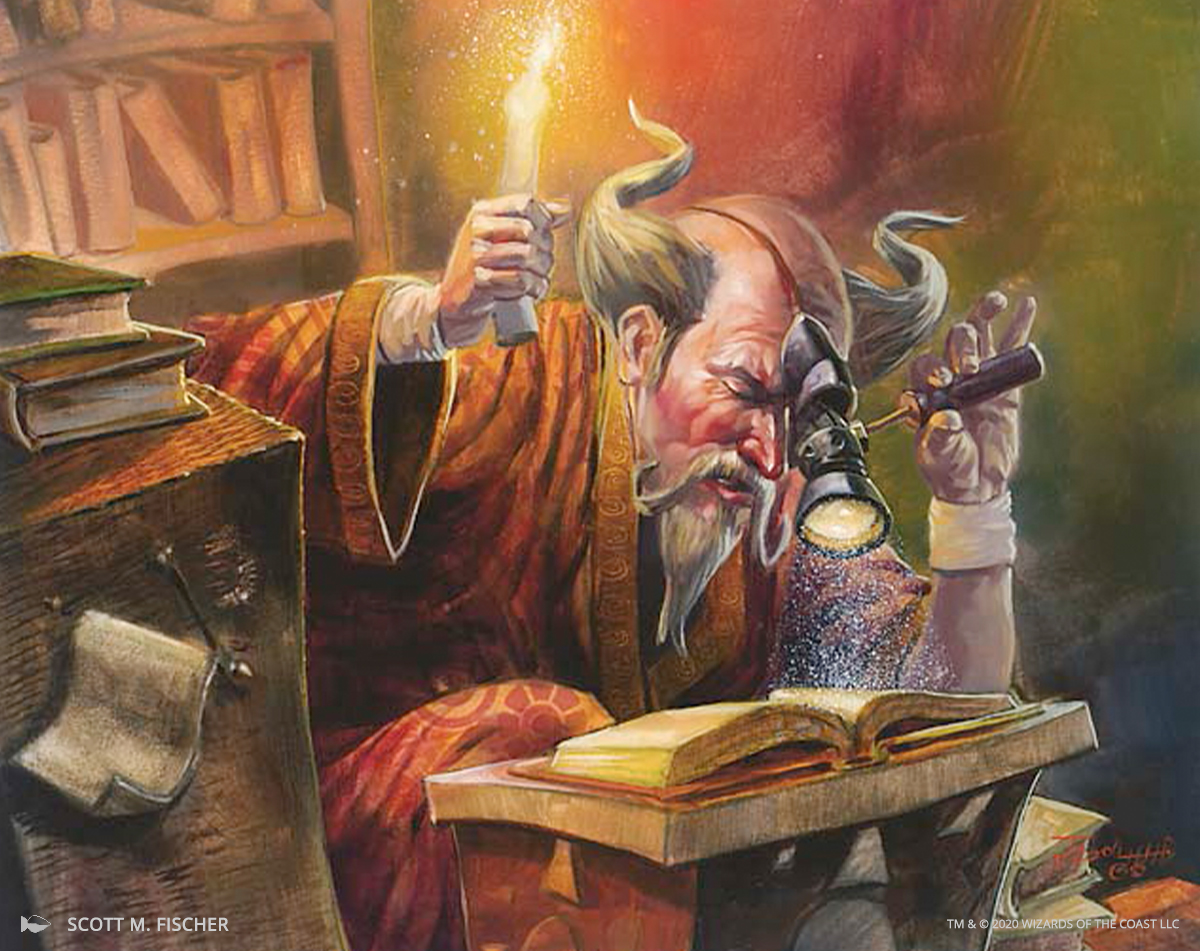 Like many of the game's greats, friendship and education intertwined to bring Magic's newest champion into the fold all while his focus stays on studies first. "Even in school I would tutor other students, mostly in math as I was pretty good at that," Prinz said. "I thought becoming a teacher would be nice—and nothing else came to mind that might be awesome. At first, I was studying math and chemistry to become a teacher but the practical lab wasn't really my jam. Around the time I qualified for my first Pro Tour I changed my second subject to philosophy. It was probably the 'best worst' decision of my life, but philosophy is a lot more fun to me."

That switch to philosophy is meant covering a broad range of topics, from the roots of philosophy around the world—Aristotle and Plato, but also religion and morality more broadly—to interesting modern considerations such as climate change and quantum mechanics.

"I suppose I do like [Immanuel] Kant's approach to combine the concepts of free will and physical determinism," Prinz said. The freedom to seek out and claim one's future matches to where he is in life. Determining what's next for him, even if it's not what he first planned, echoed as Prinz explained what was on his horizon.

But gaming and Magic ran alongside his years of study too. Beginning with other trading card games such as Pokemon and Yu-Gi-Oh!, he was introduced to Magic in his mid-teens where he learned by playing Commander and drafting a cube—plus the occasional Legacy event. While he's not a fan of spell-based combo decks, puzzling the right play out of complicated board states is some he delights in. "My favorite format is Two-Headed Giant Sealed. It produces these kinds of board states and you get to play with your friends."

Soon his first opportunities for greater competition came knocking when he started in university. A friend of his was the first to ask if he wanted to attend a PTQ. "So I started doing that." 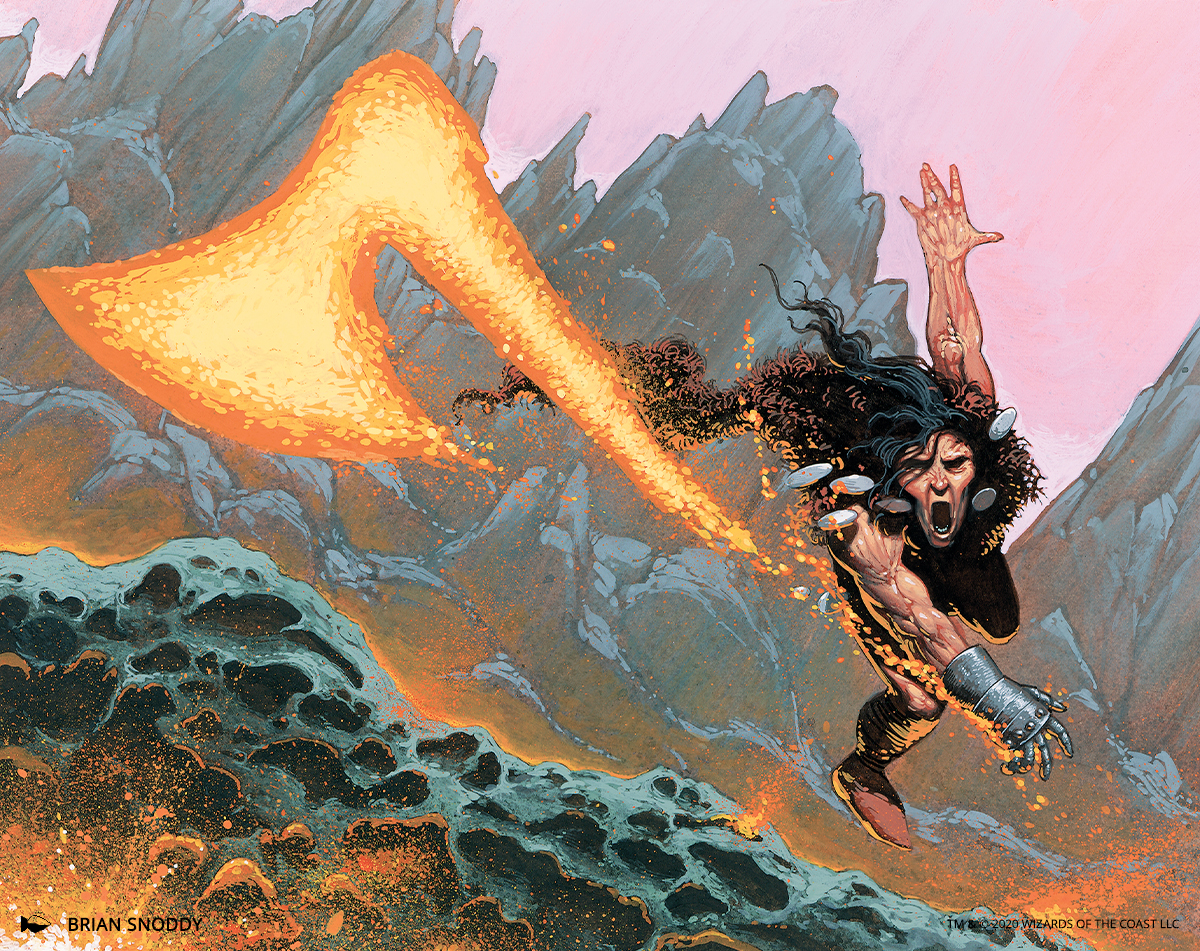 As a player who cut their teeth on Commander and made his Twitter handle reflect his local renown as a collector of copies of —"As long as it has the flavor text 'Catch!' it's good."—Prinz doesn't fit the mold of a champion in one of Magic's biggest events. It's easy to imagine the best players as voracious competitors, always chasing the next win and excited by the prospect of a new challenge. For Prinz, Magic is the only place he competes.

"Having one competitive outlet is pretty nice," he explained. "I [have] a lot of fun competing. I got hooked trying to crush other people, more or less."

The system of Preliminary PTQs gave Prinz the opportunity to play in an event every weekend. With a Cardmarket Series event Top 8 and battling—to less success—at Grand Prix events gave Prinz plenty of ways to level up his skill. Through a Regional PTQ he first qualified for Pro Tour Kaladesh, and continued to earn qualification to the next two Pro Tours through RPTQs. Despite being new he made Day Two at all three of his big events, though Pro Tour Hour of Devastation was his favorite.

"Pro Tour Hour of Devastation in Kyoto was really nice: Eight Germans renting a house," Prinz said. He shared space with German standouts such as Arne Huschenbeth, Daniel Gräfensteiner, and Tobias Maurer. What made his journey to compete in Kyoto so great wasn't just the excellent players to test with but "because the sightseeing was very nice."

It's tough to stay on the train of qualifications, and Prinz had some time away before earning his way to his next big event at Mythic Championship IV. Despite choosing not to play in Barcelona, his play using Izzet Phoenix earned him a 9-1 record in Constructed. His overall performance, finishing in 17th place, was enough to bring him to Mythic Championship VI and the 2020 Players Tour events. 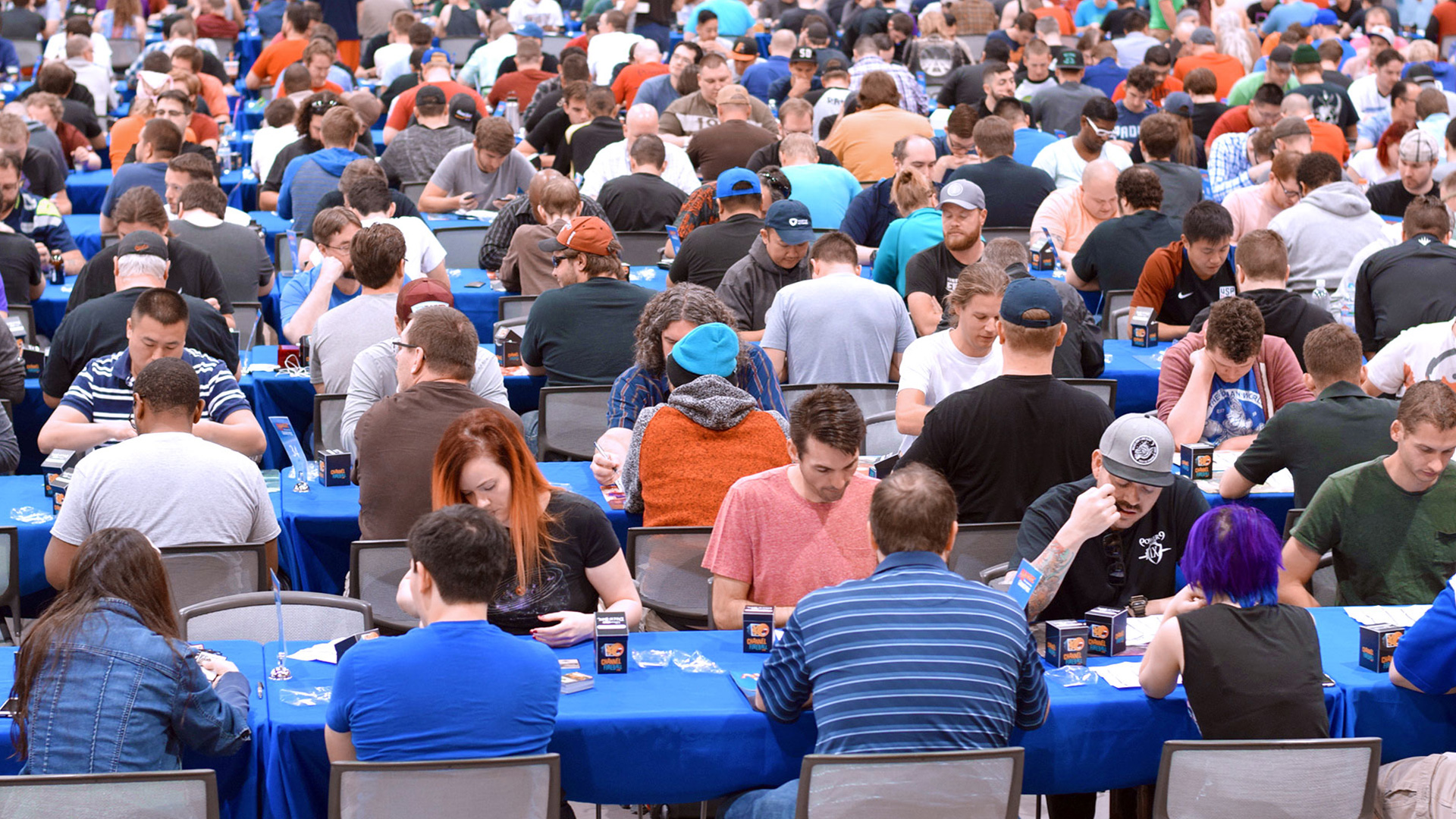 "I played in Players Tour Brussels with Inverter of Truth and went 10-0 in Constructed, but went 1-2 with a Draft deck with two copies of . I think I messed up one of the matches," he admitted.

Undaunted, Prinz turned his excellent play with Constructed formats into online success. After making Top 8 with Jund Sacrifice at the Red Bull Untapped Qualifier for Germany, he went on to face his first field overflowing with Temur Reclamation at the Players Tour Online. It was a learning experience.

"I underestimated Reclamation at the PT," he explained. "I just got clapped by the deck. I dropped at 2-5. Then this weekend happened. I decided to learn the best deck."

Of course, "this weekend" was a very good one for Prinz. But his Players Tour Finals victory didn't bring clarity to what he should do next: Teach or play. 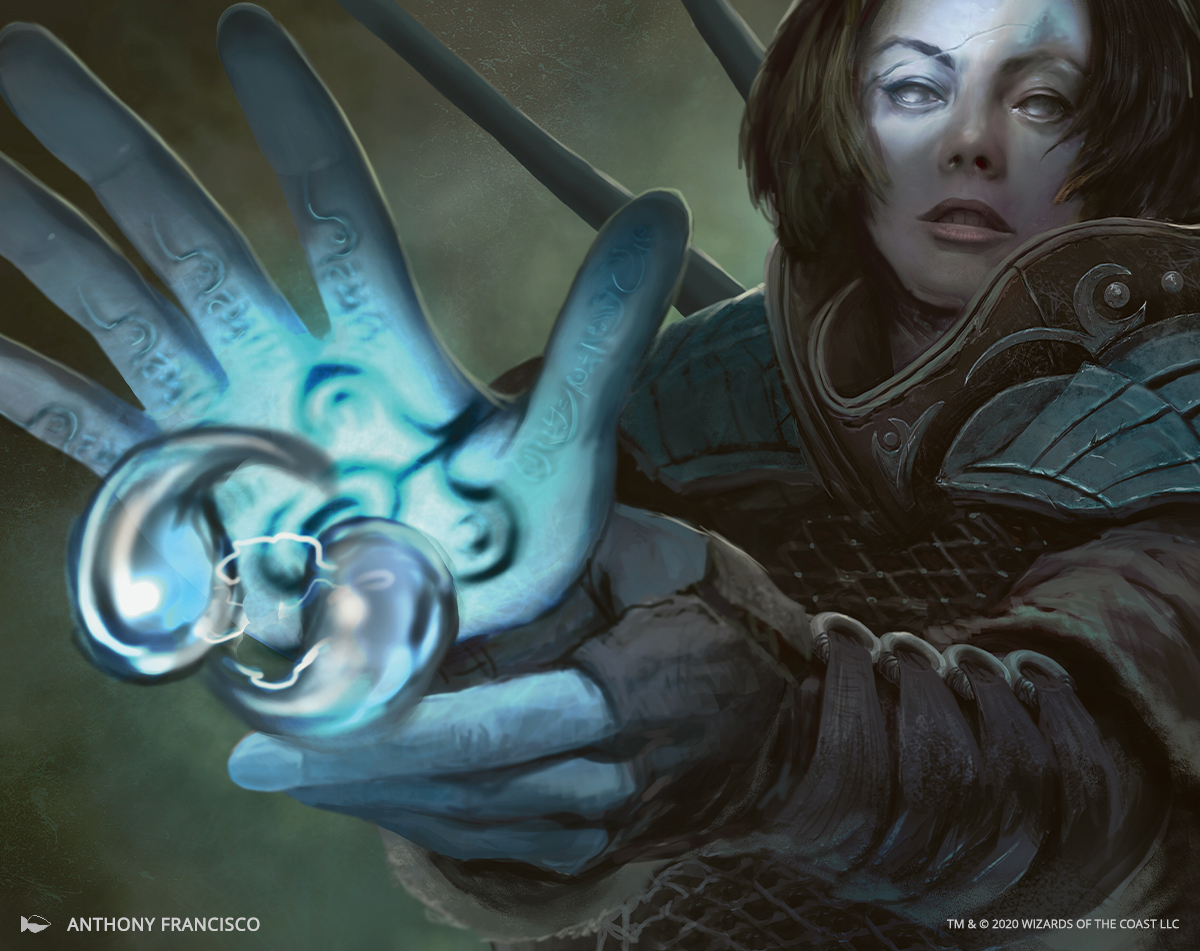 While he enjoys the opportunity and direction finishing his master's for teaching brings, the commitment to 1.5 years of additional in-classroom work is at odds with a full-time focus on Magic.

"It would make competing hard," he said, before tipping his hand at what he has on his mind. "If Magic is going well I might as well play competitively while I'm still young."

So with the long-term future to be determined, what does Prinz plan to do next?

"I'll continue business as usual: Play Magic tournaments whenever they occur and going for my master's thesis," he said. "I'll also stream a little bit in the next few weeks, such as the Top 8 matches and what I did there—if people want to see that I might as well."

But winning one of Magic's biggest events of the year would make an immediate difference. "We have a game night on Thursday with three or four people. I suppose I'll pay for the food this time."

The 2020 Season Grand Finals is where we'll see him next, amid a field of 31 other elite players. For now, Players Tour Finals champion Kristof Prinz will be figuring out what he wants to do next one game at a time. 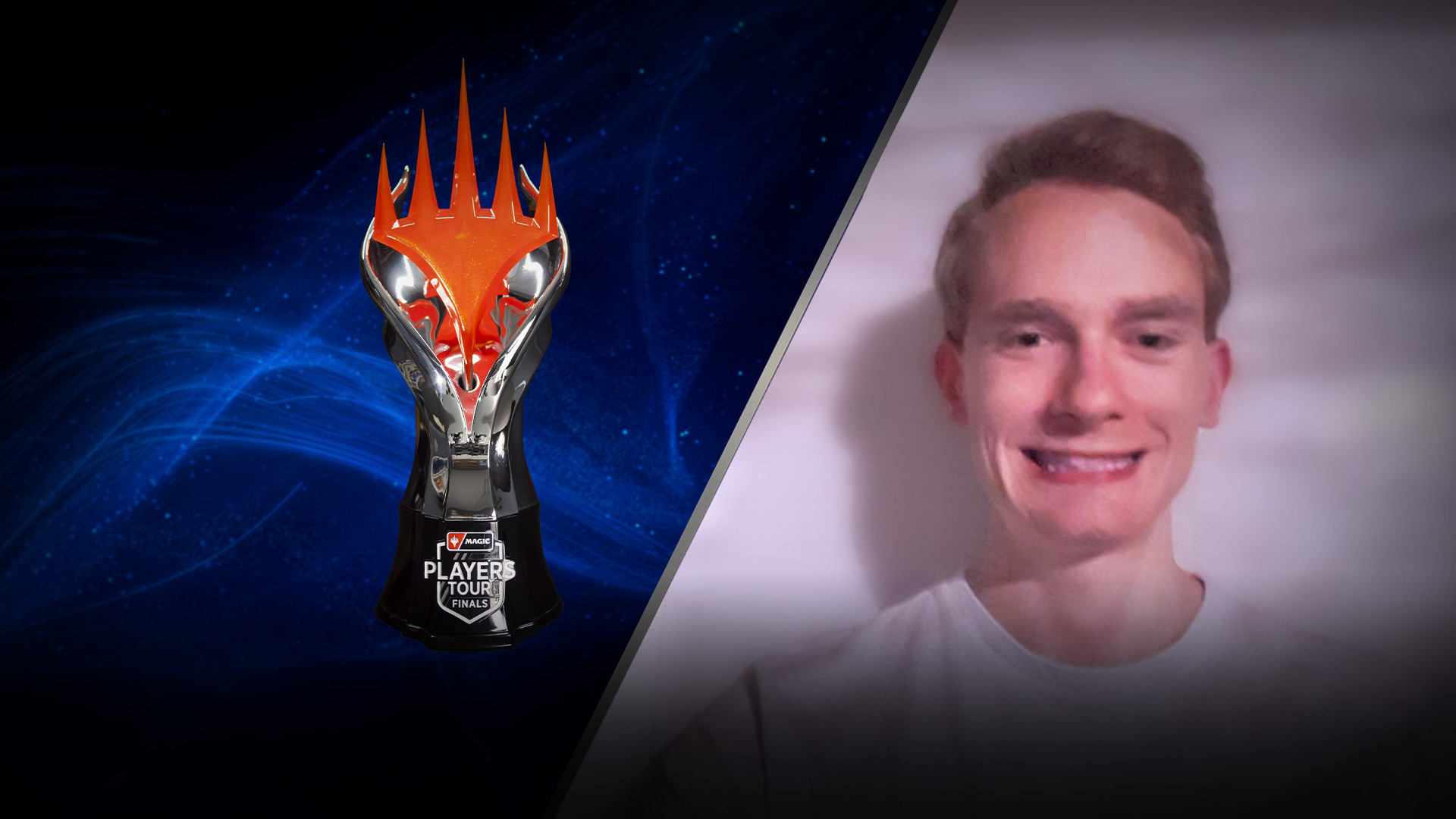