The archetypical story of a champion is a familiar one. Elite athletes spend their lives training to chase a singular goal: to win it all. They put in thousands of hours, years of personal sacrifice, and late nights that bleed into early mornings all in pursuit of a destination they may never reach. For the fortunate few that do, they often remark that their entire life led them to that one moment.

Not many give much thought to what comes after that.

Baseball legend Babe Ruth once quipped that "Yesterday's home runs don't win today's games." Neither does a trophy, a title, an oversized check or the motivations of a life built to reach a landmark that suddenly lies in the rearview.

Reigning world Javier Dominguez knew that. And it terrified him. 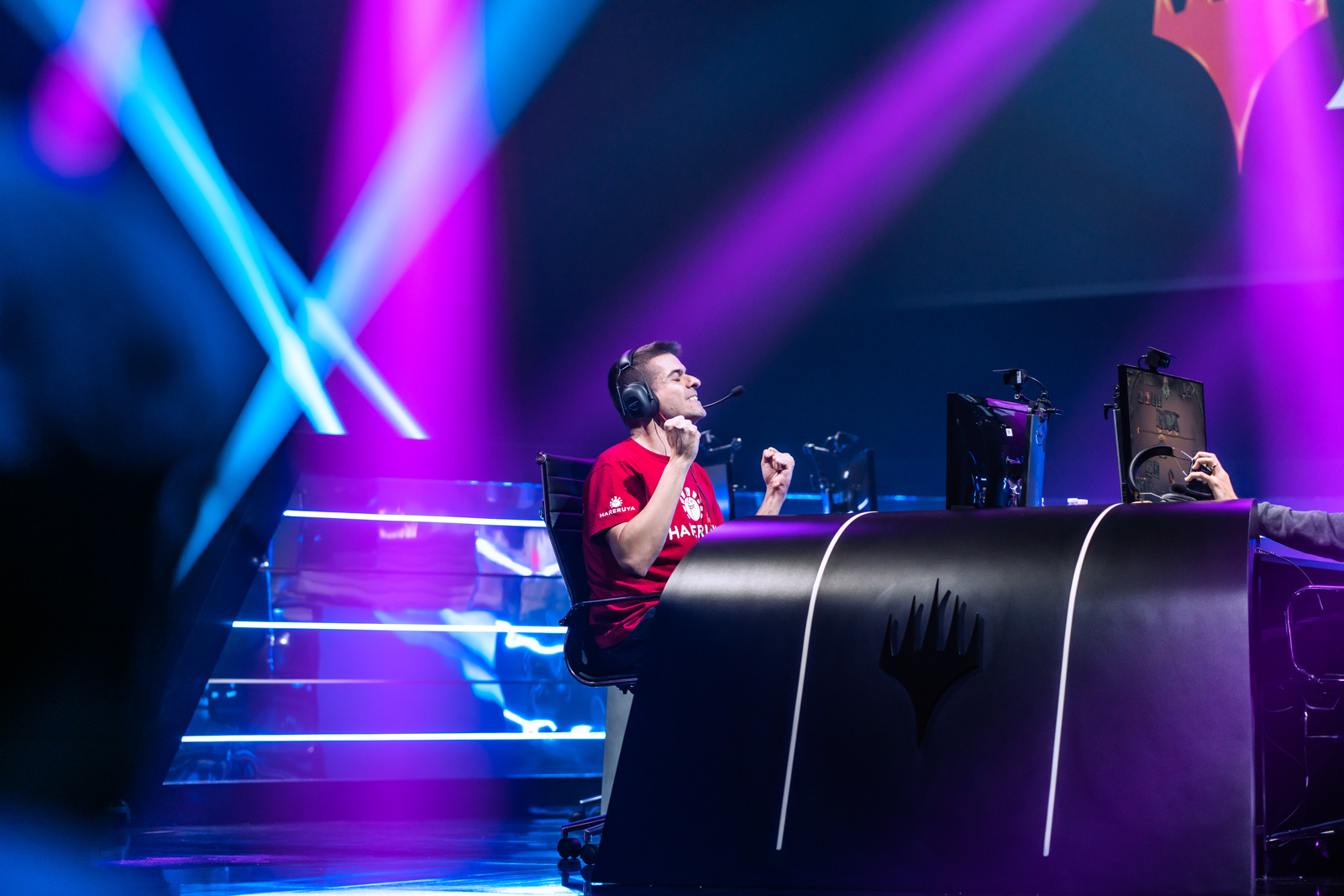 "I've seen that so many times from people in different games, and I was super scared of it happening to me," he admitted a few months after winning the 2018 Magic World Championship. "I was afraid that after winning, I wouldn't be motivated and I wouldn't be able to keep playing."

The only thing harder than winning the first championship is winning the second one. But after his incredible run through Mythic Championship V last weekend in Long Beach, culminating in a thrilling finals victory over Jean-Emmanuel Depraz, Dominguez has done what so many who came before him could not: he ascended to the summit, climbed back down to the bottom, then worked his way right back to the apex of the Magic world.

It was an emotional moment for a passionate competitor. 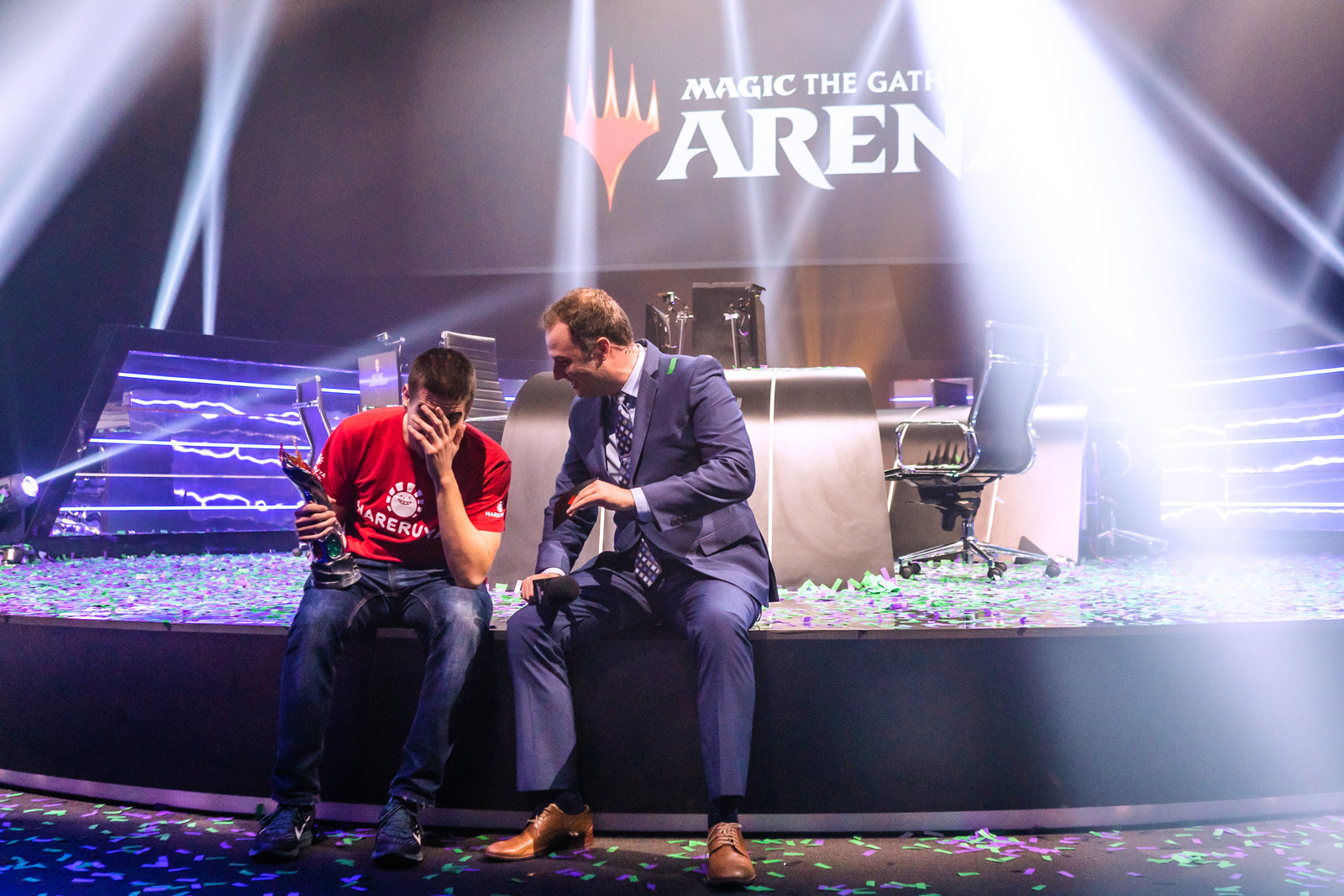 Dominguez is overcome in the moments after earning the Mythic Championship V trophy.

How did he succeed where so many before him have failed? It turns out he had a secret all along—it was never about titles, streaming confetti, pyrotechnics, autographs, or accolades.

It was always about the Magic. And, after emphatically etching his name into the record books as just one of a handful of competitors with both Mythic Championship and World Championship trophies, it still is. Javier Dominguez is still Javier Dominguez, just with another piece of hardware to add to his case.

"Winning doesn't change me as a person. I'm happy if I win, but all I really want after I leave a tournament is to know I tried my best," he explained. "I was afraid that after winning [the World Championship], I would lose motivation. But I didn't. My only goal is to compete the best I can. It's a good goal, because it never ends."

Neither, seemingly, does Dominguez's dominance. With his victory in just the second MTG Arena Mythic Championship ever played, he has now put together a runner-up finish at Worlds in 2017, a title at the same tournament in 2018, a Top 8 appearance at Mythic Championship II, and now a Mythic Championship victory, all in the span of just 24 months. It's the kind of brilliance comparable to legends of the game—Randy Buehler in the game's earliest days, Kai Budde in the late 90s—and almost never witnessed in the modern era of professional teams and information parity.

Dominguez attributed much of his success to be willing to constantly question himself, and to understand past success is not a guarantee of future performance. If he wanted to achieve something many of the game's greatest competitors couldn't, he had to trust himself to find his own way.

Or, as he put it: "I stopped following every rule I had for myself."

If there's one thing GRUUL ("Make sure to put that in all caps," he stressed with a grin. "It's very important!") does well, it's break all the rules.

"This weekend was wild. I was going to play the Golos, Tireless Pilgrim deck, but I just felt like it could be attacked in some way and people would figure out how to do that," he elaborated. "I tested a lot with Golos and was doing fine, but in the end I decided I wanted to take a risk and play a deck I thought was good against Golos. I knew it was risky, but I also knew the payoff could be huge."

It was. Dominguez was the only Day Two competitor who played Gruul Aggro, but it paid off perfectly in the Top 8 when he defeated Depraz and his Bant Golos deck in the Upper Semifinals, and then again in the Grand Finals.

Believe in the 'Cleave.

It took some time, but Dominguez grew comfortable in his role as champion. Multiple professional players—his peers among the MPL and beyond—referred to him as the best in the world before his Mythic Championship victory. He knows the target is on his back, and he'll be the de facto favorite at the 2019 Magic World Championship as well. But if winning a World Championship once didn't change him, it's a safe bet none of that will either.

"You've always got to get a great dinner after you finish a tournament," he said with a smile. "But after that I'll be back to getting ready for my Magic Pro League matches for next week." 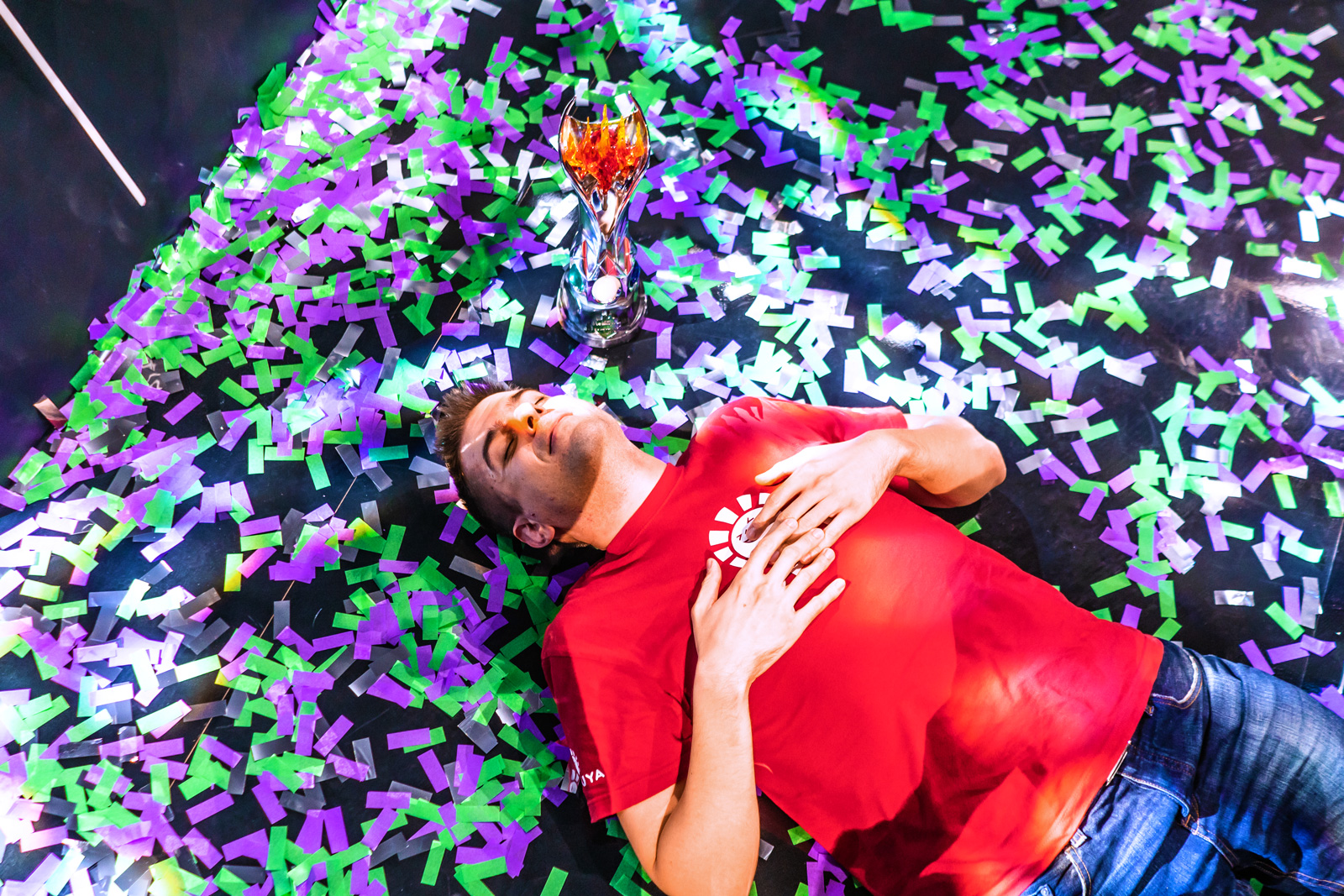 His opponents will be ready, and so too will Dominguez.