Luis Salvatto stormed the stage, the reigning Player of the Year rejoicing under the bright lights yet again. Chanting, hugging, dancing, and jumping up and down as the party began in earnest for the winner.

But this time, the celebration wasn't for Salvatto. It was for the one-time rival who bested him in a PTQ final all those years ago. It was for the student who made a run at professional Magic but gave it up to focus on school and work. The man who treasured his invitation to the 2012 World Magic Cup but truly thought he was completely done with Magic after that event. The grinder who felt the itch return after the release of MTG Arena and who soon found he couldn't stay away. The Challenger who used his beloved Simic Nexus deck to win the MTG Arena qualifier to play at one of the biggest tournaments the Magic world had ever seen, and then to shock that world by taking down the best in the game, again and again, defying all expectations as he put together a storybook underdog tale.

This celebration was for Matias Leveratto, Mythic Champion.

The best part of Magic is the Gathering. #MythicChampionshipIII pic.twitter.com/6Hqm1JvSgo

"I sincerely never expected anything like this," he marveled after winning the $100,000 first-place prize at Mythic Championship III in Las Vegas. "I really thought I was out—I gave away my cards ... In the last five years, I maybe played five tournaments at my local store."

But MTG Arena changed everything for Magic, and for Leveratto. He's watched the growth of Argentinian players on the world stage—a movement he helped start a decade ago—and as Salvatto and fellow countryman Sebastian Pozzo began to achieve more and more success at the highest levels, Leveratto found himself itching to play again.

MTG Arena scratched that itch, in a way that nothing else could. Building decks and traveling for tournaments wasn't easy with his other commitments, but MTG Arena was something Leveratto could fit in during his spare time—a game or two in the morning, a quick draft here and there, a few games before bed.

"I loved MTG Arena. I really liked the way the game was set up, and it brought back the emotion to win and to brew; it was easy to fit in," he explained. "And watching Luis and Sebastian these last few years really made me want to join them. At first when you qualify it feels like you're on your own, so it was a really big deal for Argentina and South America for them to do so well. We get very few opportunities here, and it was amazing to have MTG Arena as another way to qualify." 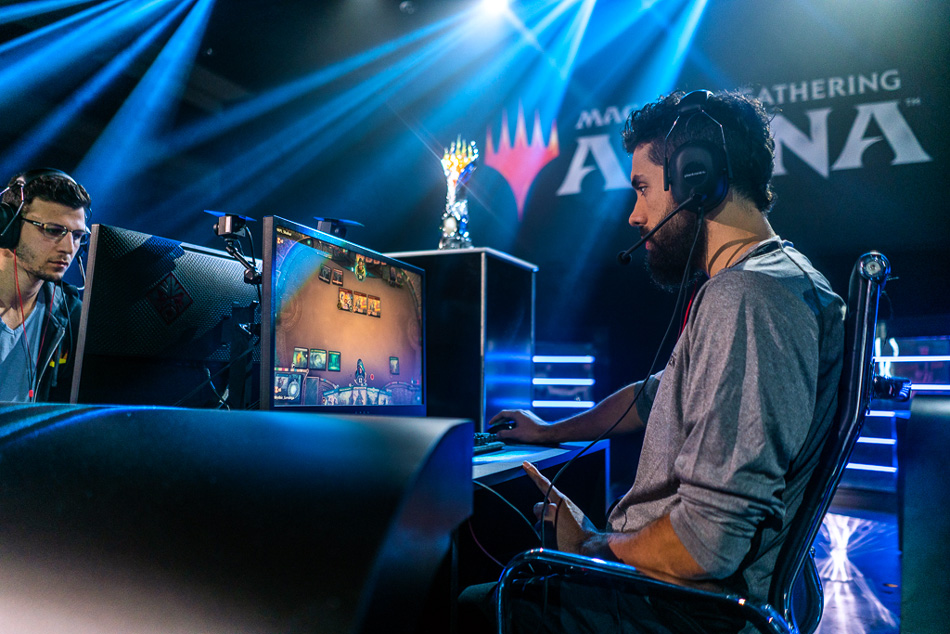 Leveratto's path to the Sunday main stage at MC III started months ago as he started working up the Arena ladder.

It wasn't long before Leveratto's definition of "spare time" changed, and when he found out that he could qualify for the Mythic Championship via MTG Arena, he had heard all he needed. He worked his way up the ladder and into Mythic rank with ease—rusty or not, Leveratto is an enormously talented player—but he found that finishing in the top 1,000 to make it to the qualifier weekend was a tall order indeed.

"I actually hit a point in the last two days where I had gone on a bad streak, and I had fallen way down," he said. "I realized that I literally didn't have enough time to make it back where I needed to be playing Simic Nexus, which was my favorite deck and the one I had been grinding with."

So what did Leveratto do? He used all his wildcards to construct the fastest possible deck he could think of (Mono-Red, of course) and built the deck despite being several cards short. But as the clocked counted down, Leveratto knew it was win or bust—and win he did. He snuck into the qualifier weekend and then returned to his Nexus deck to make his historic run.

His reward was a trip to Vegas and a small-field tournament against the best players to ever play the game. Leveratto was largely unknown heading into the tournament, but his improbable run to the Top 16 changed that quickly, as his impressive play and unconventional deck choice (just three players brought Simic Nexus) put him on the radar of everyone he might face.

But even those who knew not to underestimate Leveratto couldn't have predicted what would follow. He cruised into the Top 4 against three of the best to ever the play game: 2010 Player of the Year and Standard master Brad Nelson, two-time World Champion Shahar Shenhar and, of course, Kai Budde, the German Juggernaut who holds seven Pro Tour titles. 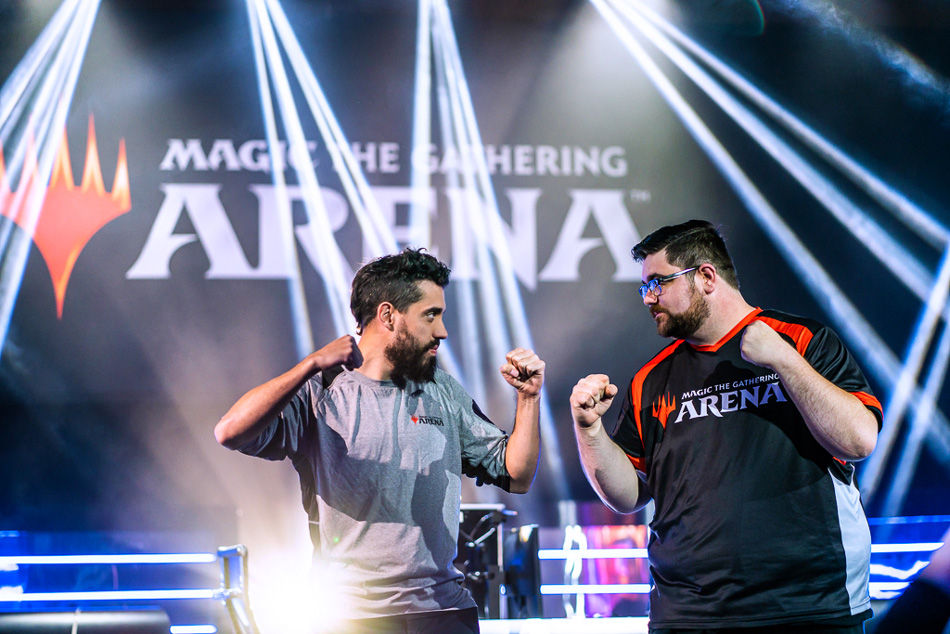 Leveratto may have said he was too nervous to think straight, but his play was impeccable as he was the first to earn his spot in the grand finals. When Nelson emerged from the lower bracket for a rematch with the trophy on the line, what followed was one of the most memorable finals in Magic history. Down to his last game and his last card and in need of a topdecked , Leveratto pulled off a moment that will go down in tournament lore alongside Craig Jones's miracle Lightning Helix and Gabriel Nassif's called Cruel Ultimatum.

That moment when you topdeck the Nexus of Fate at the last possible minute #MythicChampionshipIII pic.twitter.com/Ruu6Ikoo2T

Now, one of the founders of high-level competitive Argentinian Magic will join his friends at the top of the game. Leveratto plans to finish his psychology degree, and with one Mythic Championship trophy on his mantel, he's eager to pursue more professional Magic.

Not bad for someone who less than a year ago thought he would never play high-level Magic again.

"I guess it's true, no one ever really retires," he admitted with a grin. "It was a special weekend and I'm already excited for the next one." 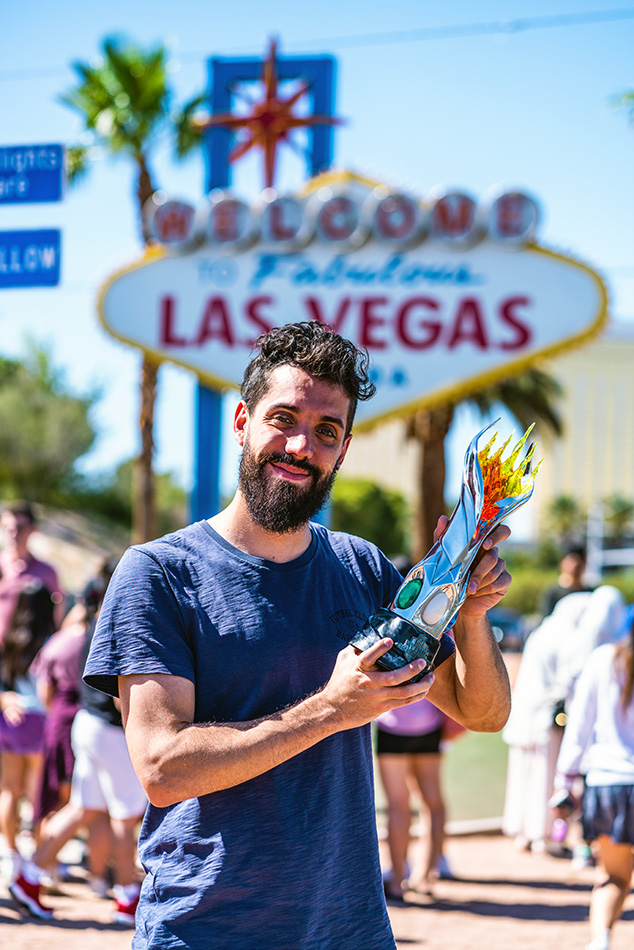