With every tournament, the 2020–21 season draws nearer to its finale. Every match a competitor wins can be vital in determining who is staying in, who is leaving, and who could be ascending to either the Magic Pro League or the Rivals League. The Kaldheim Championship is right around the corner—the next opportunity for competitors to earn their spot in the League.

And there's a trio of veterans ready to return to the top.

Three challengers to keep your eyes on at the Kaldheim Championship are Jan-Moritz Merkel of Germany—fresh off his Zendikar Rising Championship Top 8—plus Magic Hall of Famers Willy Edel of Brazil and Kenji Tsumura of Japan. These three competitors are by no means new to this level of competition. Edel and Tsumura are both Hall of Famers, and Merkel won Pro Tour Kobe in 2006. In fact, all three made it into the Top 8 of that tournament, where Merkel dispatched Edel in the finals. 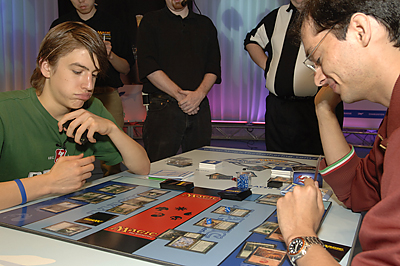 2006 was a very different time for Magic. The Pro Points system was in place, and the competitive focus was on paper tournaments such as Pro Tours, Grand Prix, and qualifying tournaments. For international players such as Edel, Merkel, and Tsumura, this time period was where they were first making their mark on the game—and each player recalled the importance of their experience in Kobe.

Japanese players were particularly dominant at the time, and Tsumura was no exception. The future Hall of Famer was the 2005 Player of the Year coming into Pro Tour Kobe in 2006. Since Kobe was a Limited format—it was Time Spiral Draft all the way through—his goal was to simply do well and improve his skill. After making it into Day 2 with a 4–3 record, Tsumura didn't expect to go much further.

"It was the very first individual Limited Pro Tour where I made Day 2," remembered Tsumura. "To be honest, I was already satisfied and expected nothing special for Day 2."

He and his opponent of the final round celebrated their achievement, making it into Day 2 with a high five. He would go on to sneak into Top 8, and although he felt his Draft deck was weak, "it was the perfect finale." That Top 8 was the fourth in his career, and he would go on two more Top Finishes—not to mention the 16 total Grand Prix Top 8s under his belt. 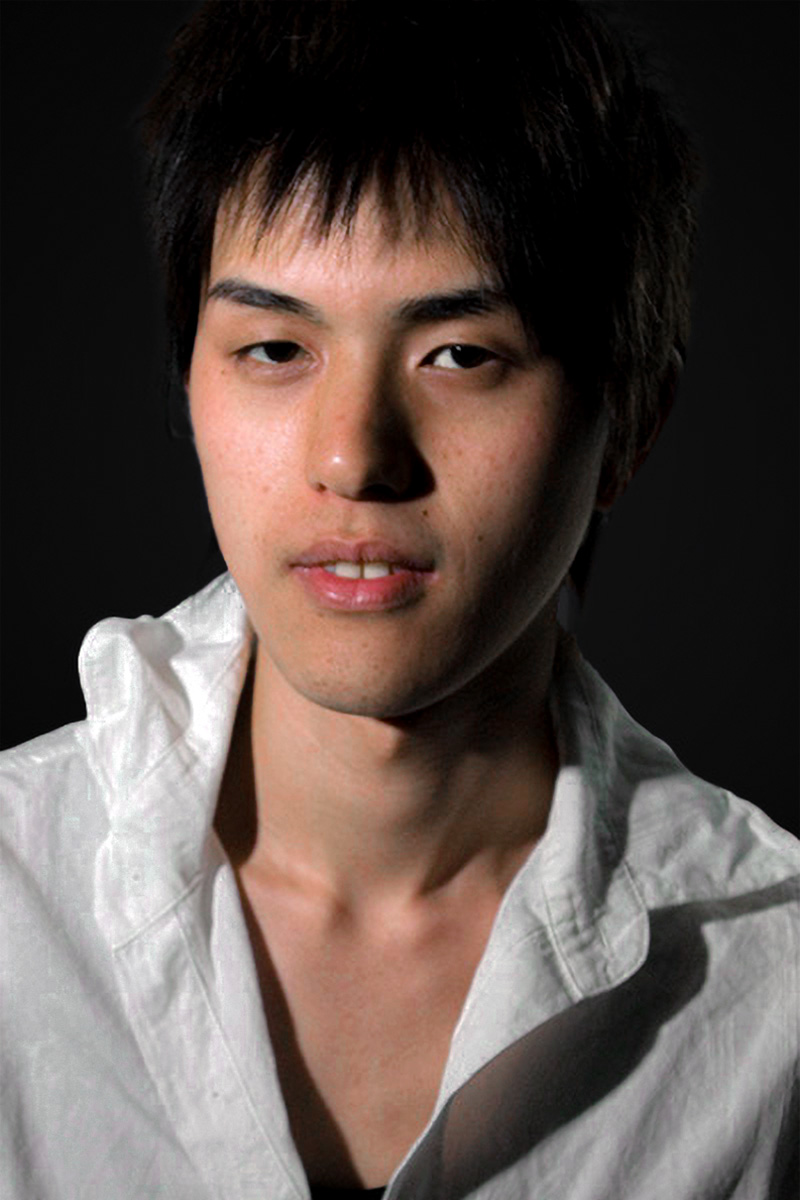 Kenji Tsumura had his well-earned Hall of Fame induction in 2012.

For Merkel and Edel, Kobe was their first individual Pro Tour Top 8. Merkel was only 17 at the time and new to the highest levels of competition. Edel was more experienced but still nervous going into the Finals of Kobe. Earlier that year, Edel made the Top 8 of Pro Tour Charleston (a team event), but the previous experience didn't calm his nerves anyway.

"I have nightmares about that match," said Edel. "It was pretty clear I punted Game 4 and [that is where] I lost my chance to be a Pro Tour champion. After that day, I had a couple more Pro Tour Top 8s and a World Magic Cup Top 8 but never made another Finals. Thinking today, I was clearly nervous and misplayed." 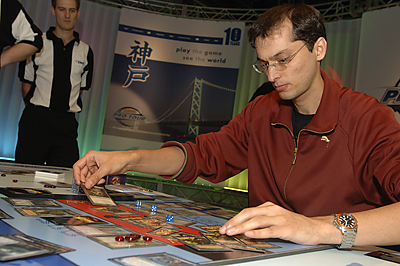 Edel recalled that he had a better draft deck than Merkel, but the young German outplayed him. "Merkel played much better than me the whole match, and he deserved it. In fact," added Edel, "I believe he is a better Limited player than me and all his Magic Online wins over the last years show that he still has it."

After Kobe, the two would once again battle at Pro Tour 25th Anniversary in 2019. Their previous showdown added something extra to the match. "It being a rematch added a cool extra layer," said Merkel. "I know he was looking for revenge since the first thing he asked me was if I was playing in the same seat as him." Both Edel and Merkel were in the Modern seat for their team, and once again, Merkel defeated Edel.

Often, competition is how these players have formed bonds of friendship over the years. Competing against familiar adversaries, particularly face to face, is a positive aspect that these players have missed. "It is pretty cool," Edel said. "The chat before games, the look in their eyes while they shuffle, draw, battle, the talk later, and when we have some cool matches, we even talk about them for years."

"One example is Márcio Carvalho who—ahem—never beat me," laughed Edel. "The first time we played was at Worlds 2006, and I won a Boros mirror boarding in land destruction, which didn't make sense. We still have laughs about it to this day because I lost a win –and-in at that event in another mirror match because my opponent boarded in land destruction and I didn't."

Even Merkel, who has played mostly online throughout his career, said his favorite matches are with opponents he has faced before, such as Edel.

Although this was a time they remember with nostalgia, they had to deal with the same challenges many non-US players did such as longer, more expensive travel and fewer qualifying opportunities. This was especially true for Latin American and Asia-Pacific players.

In the past several years there has been a shift in that dynamic as MTG Arena launched and more online tournaments emerged. The pandemic accelerated that process. "Particularly in Brazil, the timing of the first lockdowns were very bad," said Edel. "They happened like one week before the only Grand Prix in Latin America and one month before the LATAM Magic Series Finals."

However, the virtual events helped alleviate the blow and, in Edel's opinion, kept the competitive community of Brazil engaged. In fact, Edel qualified for the Kaldheim Championship through one of the partner events called the Inside Esports Open. "For small communities like Latin America, it meant even more chances to qualify for the Championships," he explained. "Since we historically have very few PTQ slots compared to Europe or North America, when all the PTQs are online, players compete on equal footing for all slots."

On a personal note, Edel credits the virtual events in keeping him centered. "With kids [at home for remote] school, I quit my job to stay with them until schools reopen, and since we just can't leave our house, pretty much my only hobby was to play Magic," he said. "For someone super competitive like me, having daily competitive events, challenges, and even PTQs on Magic Online in so many different formats literally saved me."

Tsumura, who qualified through a Magic Online qualifier, said he missed being able to travel to physical tournaments and noted the blow to engagement in the Japanese community. However, he appreciated the many tournament organizers who made competing online possible. "There are many attractive online tournaments, including Championship qualifiers," he said. " For example, I could play 10 qualifiers last January, and it was a great opportunity to compete in the Championship. Also, online events do not require us to spend a lot of time for flights, which is really nice for Asian players."

Merkel had a relatively long absence from the top stage in Magic. However, the virtual events drew him back in. "I enjoy playing from the comfort of my own home. I find it easier to stay focused, especially toward the later parts of the day when I would be exhausted in real-life events. Overall, it's been a nice experience and I've had a lot of success," he said. "My wife and I joke that we have a lucky Magic couch, between all my accomplishments and hers from last year."

Looking at Merkel's recent performance, there may indeed be something to it. Merkel qualified for the Zendikar Rising Championship through the Red Bull Untapped tournament series. His Top 8 finish in December qualified him for the Kaldheim Championship, and he's already locked in for the Challenger Gauntlet later this year.

Today wasn't my day but I'm still very happy with the Top 8 and qualifying to the Challenger Gauntlet. Big thanks to Montse who did a lot of tuning on our sultai list and the awesome testingteam we got to be a part of and who helped me a lot ❤ #ZNRChamps

The thrill of competing against the best of the best is one of the reasons these accomplished players continue to return to competition.

"I can't devote the time to be a world-class player in so many different formats all the time during a whole season. At the same time, I love to compete, and I believe I can compete with world-class players for a short period of time if I focus and prepare for it. And that's how I qualified for this event," said Edel.

"I always think of myself as a challenger and am nervous before round one, so the same goes for this tournament," said Tsumura. "There are many, many great players in the qualifiers, so winning is very hard, but to prepare and play properly is pretty enjoyable for me. I regard those tournaments as a good opportunity to play against specialists of each format from all over the world and I will try to do my best in the next qualifiers as well."

Will Edel get another shot at defeating Merkel and making a Finals appearance? Or will Merkel continue to blast his way through the competition into another Top 8? Will it be Tsumura, who is arguably at the top of list of greatest players to never win a premier tournament?

There's only one way we'll find out.