This past weekend, 203 players gathered in Santiago, Chile for the South America Magic Series, South America's Regional Championship and the culmination of months of qualifying events. They played eight rounds of Pioneer before cutting to the Top 8, where Alejandro Sepulveda, piloting Mono-Red Aggro, emerged victorious. He earned invites to both Pro Tour I in Philadelphia, as well as the World Championship. Congratulations to Alejandro Sepulveda, South America's Regional Champion! 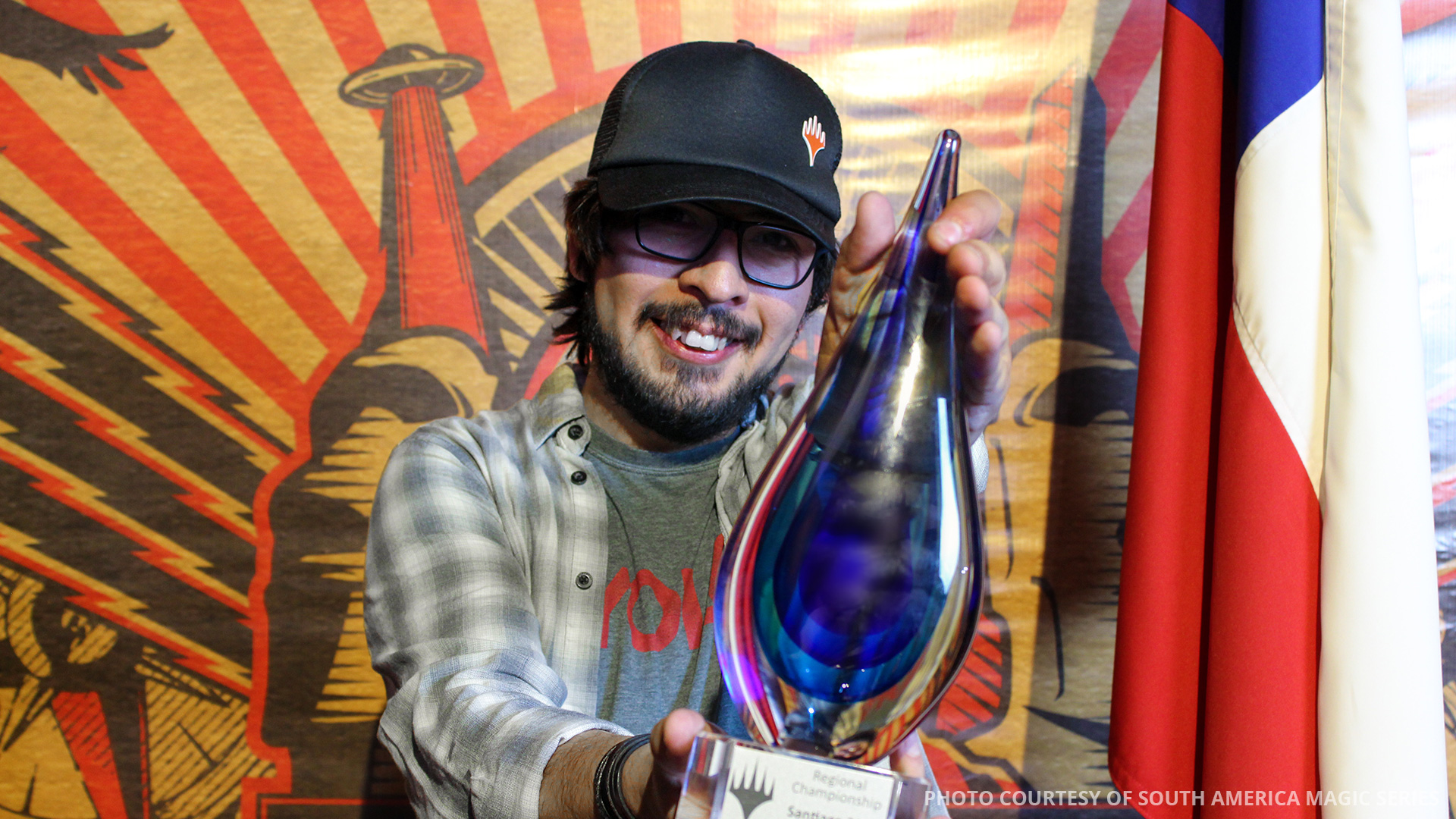 Sepulveda defeated Julian Prado in a finals match that reflected the wide open Pioneer metagame. Sepulveda's offbeat choice of Mono-Red Aggro was matched by Prado's own pick of Dimir Control, both decks that haven't made much of an impression on the metagame in the past two weekends of Regional Championships.

Congratulations to the Top 8

In addition to finalists Sepulveda and Prado, the Top 8 included Mythic Championship III winner Matias Leveratto, who opted to play Rakdos Midrange, the weekend's most popular deck. Leveratto secured his return to the Pro Tour with a win in the quarterfinals. 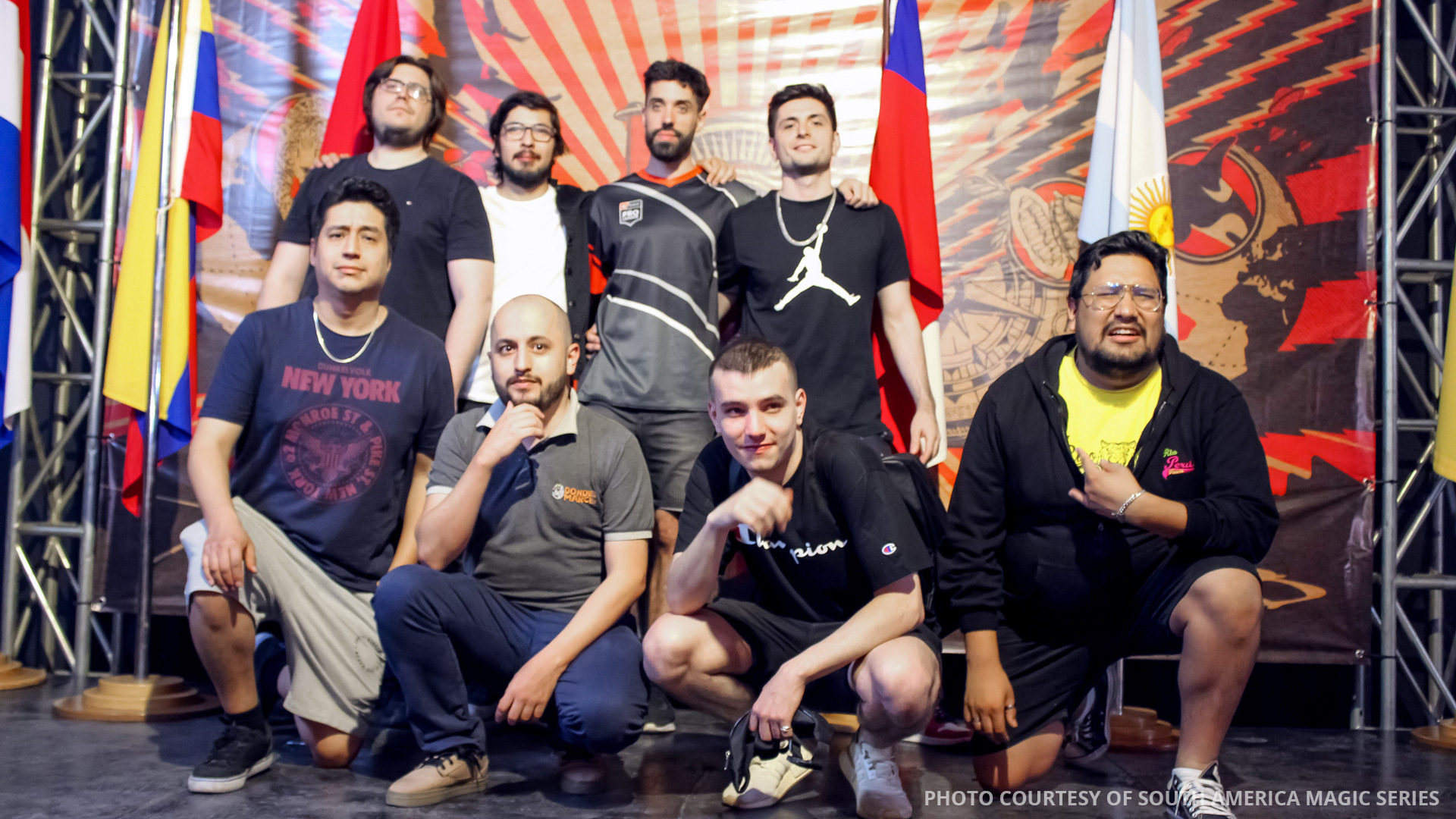 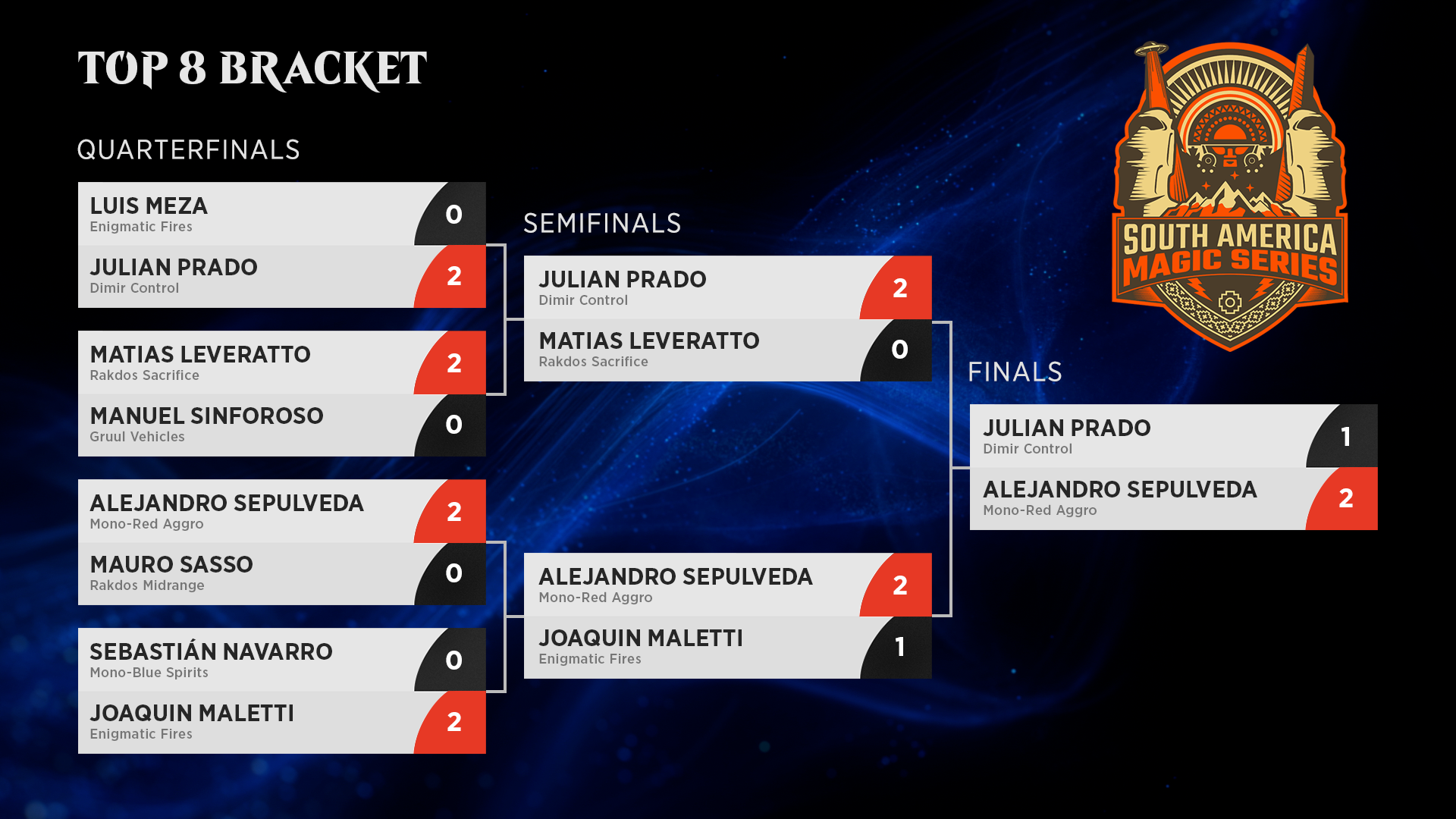 While the Top 8 held some metagame surprises, the most popular decks at the South America Magic Series reflected the shifts in the Pioneer metagame. 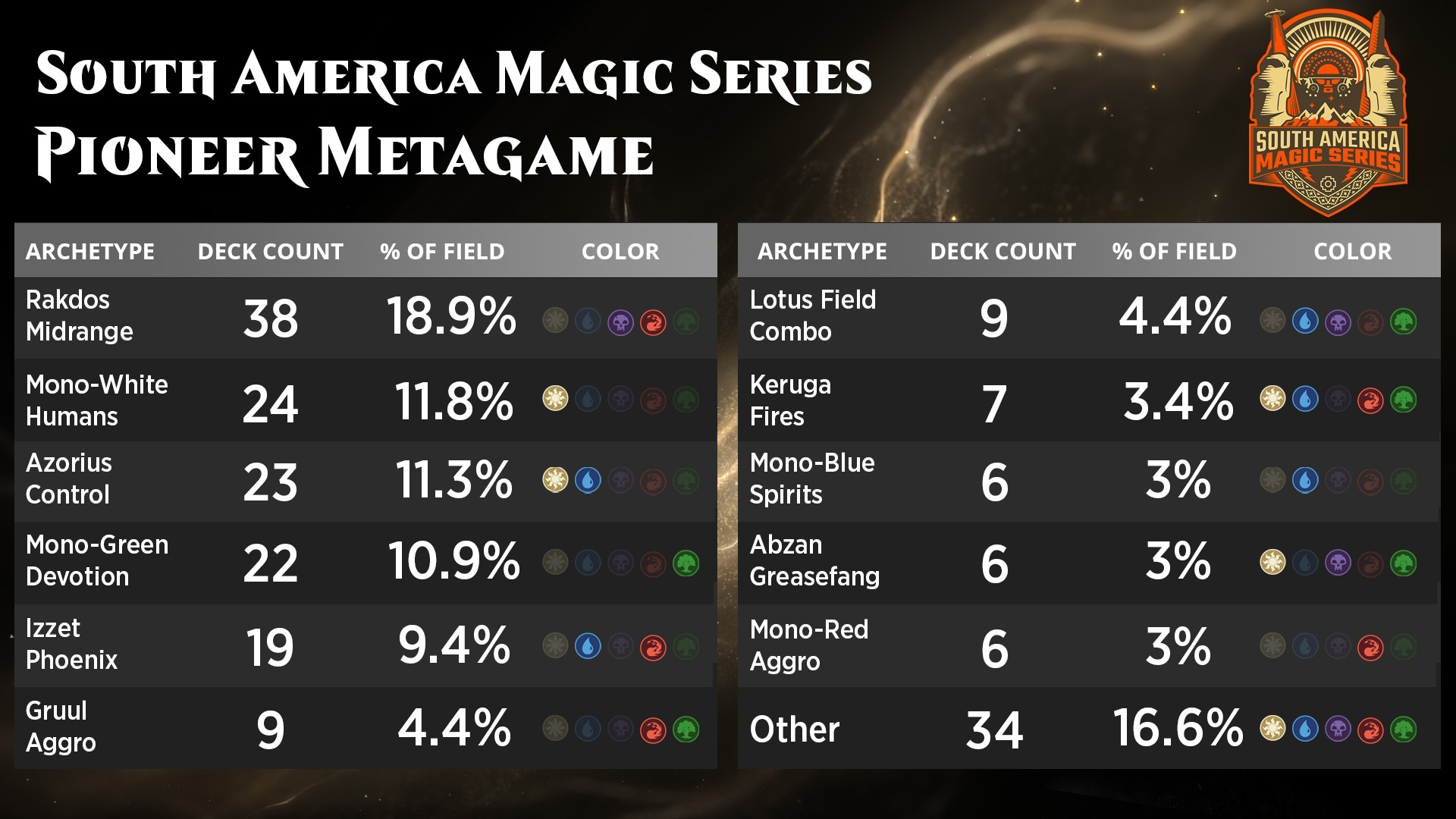 Back to the Gathering

This weekend marked the midpoint in the first cycle of Regional Championships. It's been great to see players around the world get back to in-person competition. We can't wait to see the qualifiers at Pro Tour I in Philadelphia next February, and at the World Championship in Las Vegas next year. 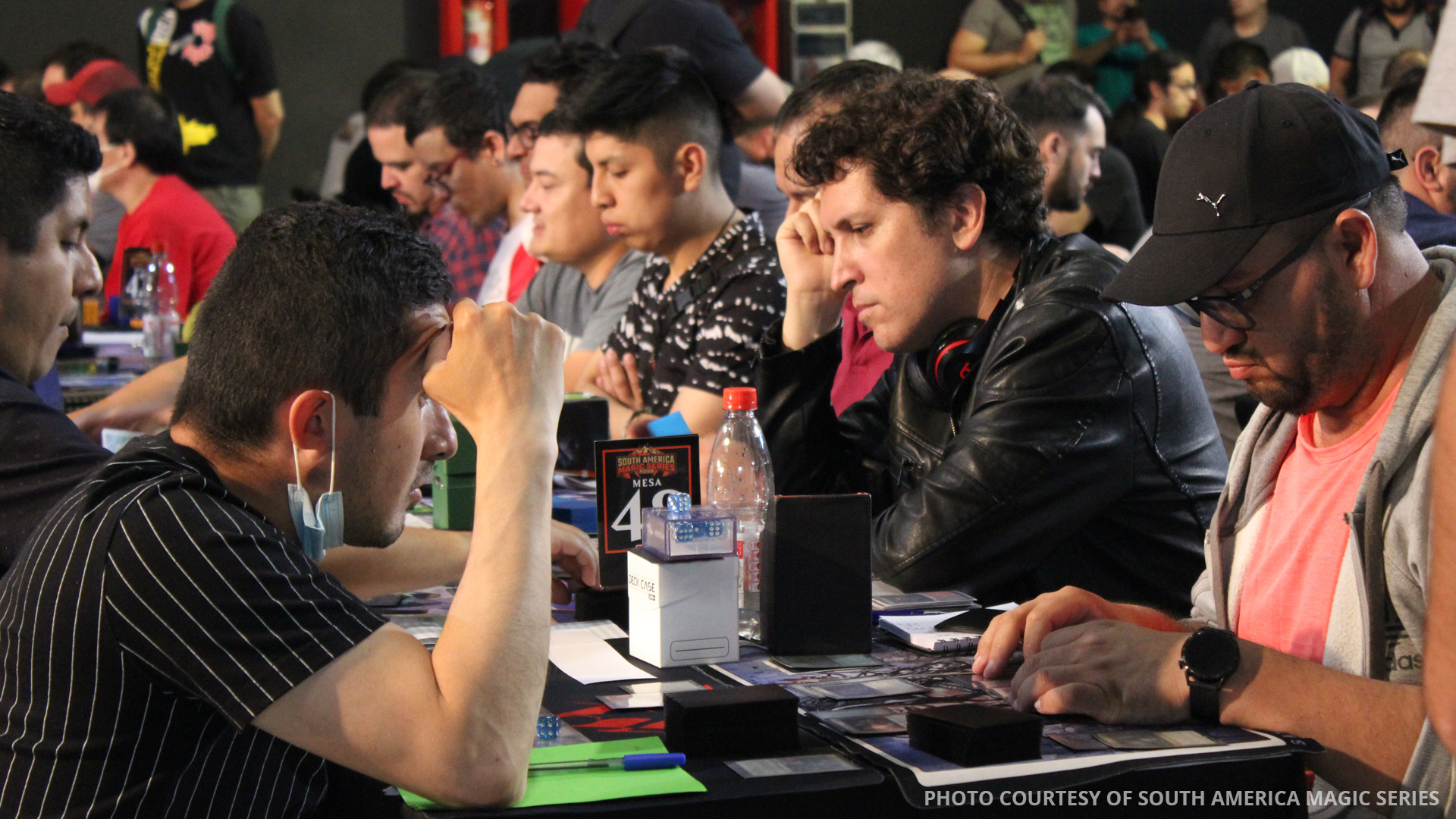 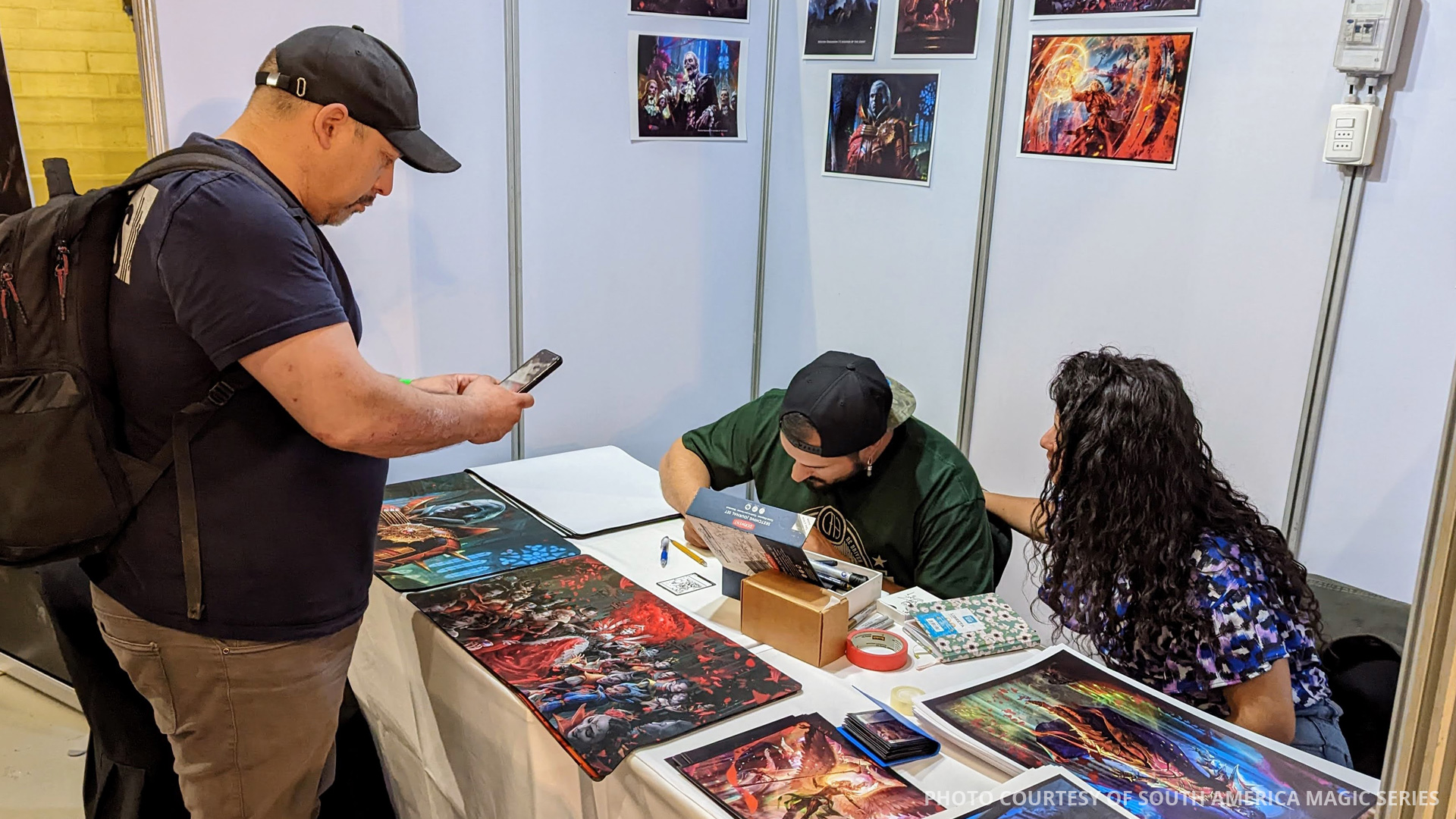 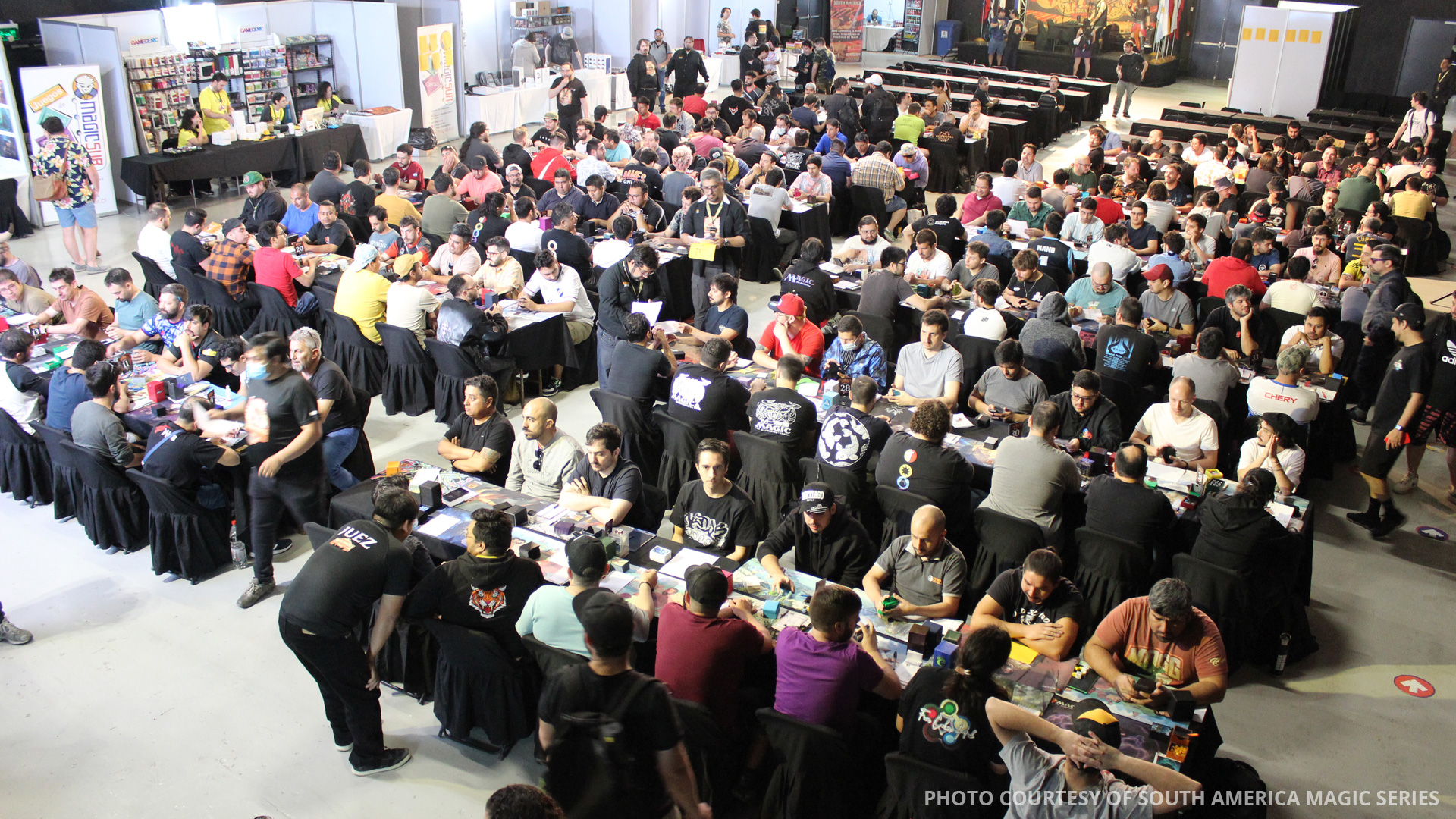