Andrea Mengucci won the Mythic Invitational last weekend—$250,000, a trophy, and a dream realized. It was the highlight of his still-developing but already-incredible career, and after a long night of celebration, a long flight from Boston to Italy awaited the exhausted Champion.

So how did Mengucci spend his first day at home as the newly minted Mythic Champion, with life-changing money and an exciting start to the first season of the Magic Pro League on the horizon?

Playing more Magic, of course. And after an impromptu, jetlag-fueled stream? Jumping into other Magic Twitch streams and offering some free coaching.

The happy-go-lucky 26-year-old is living out his dreams, but don't let his demeanor fool you—Mengucci can be a deadly serious Magic player, and that was on full display during his historic run at the Mythic Invitational. He took down friends, personal heroes, and Hall of Famers on his way to the title. With three Pro Tour and Mythic Championship Top 8 appearances under his belt, a team win at the 2015–16 World Magic Cup, and now an Invitational title, Mengucci continues to prove that the stereotype of a quiet, reserved Magic player isn't all there is at the top. Few players are better suited to navigating the new world of Magic streaming, MTG Arena competitions, and paper Magic all at the same time.

"When I found out about the MPL and then the Invitational, my first thought was that I got to do for work what I always wanted to do in my life—playing Magic!" he explained. "I was most excited about the prize payout; Magic has never seen numbers like this before, and I was so excited to play."

Of course, competing for a quarter of a million dollars and actually winning it are two entirely different things. And even for someone with Championship experience under the belt, Mengucci knew that the best way to win was to block out as many of the myriad distractions PAX East had to offer while he was competing. When he wasn't playing, Mengucci was all laughs and smiles—but once he sat down for the games, it was all business.

"My mindset whenever I play professional events is always the same: play as best as I can and don't let the outcome influence me too much. This helps keep you from getting burned out if you lose," he explained. "I won the World Magic Cup in 2015, but this was a totally different experience. There was a huge crowd, lots of my friends, and of course the prize was 200 times bigger. The event was better than I could have ever imagined. I had never been a part of PAX before and the amount of people gathered in the arena was just insane. And the pyrotechnics made it just magic!"

Of course, the truth is very few players can win a tournament without any help, and one of the first things Mengucci does is credit his teammates who helped him prepare.

"I want to give a shout-out to all my teammates, but mainly Javier Dominguez and Beatriz Grancha, who also played in the event and hosted me in Valencia to playtest together," Mengucci said. "We are a big family and I foresee us doing better in the future."

After the Invitational, Mengucci's group contains the reigning World Champion and now Mythic Invitational Champion. So, what's next for the first player to ever win a Magic tournament with more than 100,000 people watching live?

Nothing exorbitant, that's for sure. Maybe a new computer?

True story: @Mengu09 needed a new computer but when he learned that they added one to the $250k 1st prize of the #MythicInvitational he decided to wait till after the tournament just in case

Of course, everyone wanted details on this story, and while Gabriel "Yellowhat" Nassif's version may not paint the full picture, it's not that far off either.

"It's true!" Mengucci admitted. "I've been streaming since January and I figured I needed a new computer, but I delayed it until after PAX; first because of the fact that I would have had more free time, but yeah I liked the value too."

That's the kind of classic Magic story you can't make up, and it's sure to be a fun story that will follow Mengucci from here on. And while his immediate future may include a change of equipment, Mengucci doesn't anticipate the title significantly changing his life. He's an avid content producer for ChannelFireball and has developed a large following, especially within the Legacy community.

"I love producing content because it keeps me close with people—the best part of Magic, of course, is the Gathering," he explained. "It's been the best thing that's happened to me in my life and helped me to grow as a player and a person. Whenever I go to a MagicFest, I love when people come up to me to take pictures or signing cards; I love that I get to help and entertain people with my job."

Mengucci's popular content isn't going anywhere, and neither is his extremely high level of play. He'll enter the Magic Pro League as one of its foremost faces and most popular players—not to mention the only player to win an MTG Arena tournament at the highest level.

"What if every MTG Arena Mythic Championship is like this?" mused Mengucci. "I am super excited for where Magic is going and I'm having a blast with it." 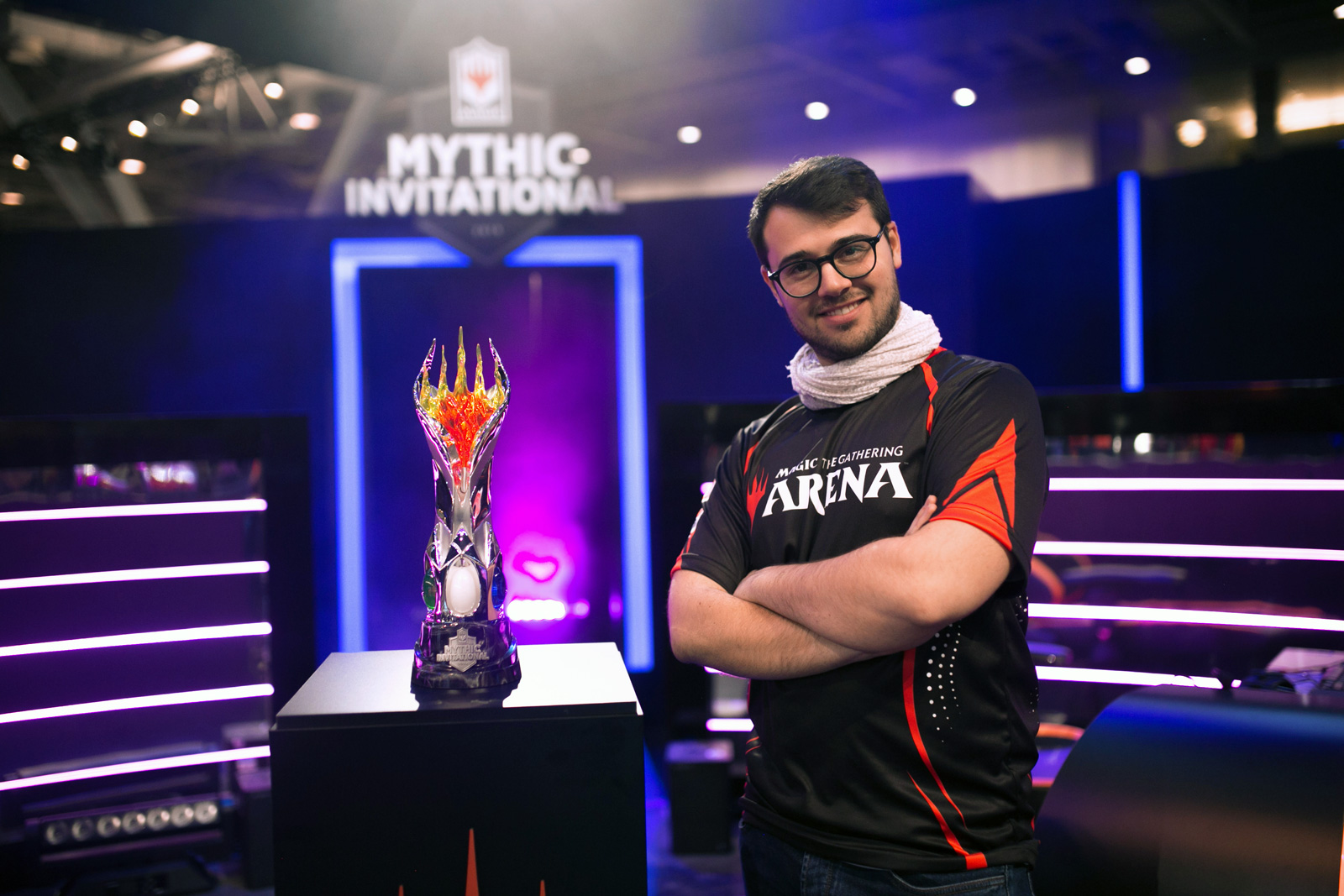