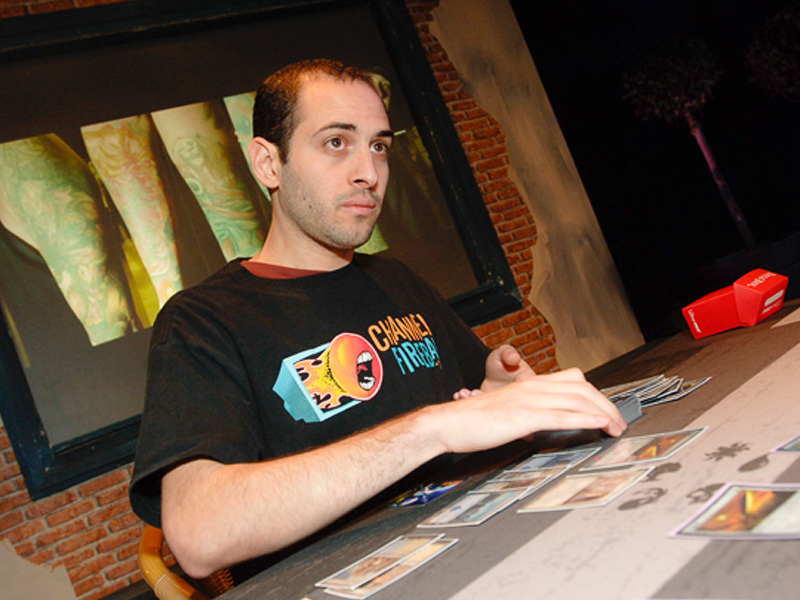 The United States's Ben Stark has been playing Magic for most of his life. In the minds of many voters he was right on the cusp of a Hall of Fame ballot in previous seasons, but his Top 8 at Pro Tour Gatecrash was enough to push him over the top. With three Top 8s already on his résumé he got the inkling that the Hall of Fame was a possibility when he added number four, but that did not diminish his excitement when he heard the news.

"I still felt great when I found out I made it," said Stark. "A lot of people started telling me they were going to vote for me after I Top 4ed Pro Tour Gatecrash. And I saw myself on a lot of the ballots people wrote articles about and tweeted so I started to feel pretty good about my chances."

It has been a long time coming for the Florida native, who began playing the game in 1994 when he entered middle school as part of a math program for gifted students. While he knew nobody who played the game during elementary school, he estimated that a full third of the boys in his new classes were playing the game that would become such a huge part of his life for the next two decades.

"I tried it and got hooked," said the Floridian, who would start playing in PTQs four years later. Within a small handful he had qualified for his first Pro Tour. "My dad drove me up to this Sealed PTQ in Tampa—about three hours away from where we live. I just won. It was my first PTQ Top 8, maybe the fourth PTQ I had ever entered."

Stark was just fifteen at the time and turned sixteen by the time the Pro Tour itself rolled around. He had low expectations about how he would perform and no real way to measure how good he was at the game. It took a couple of years, but by 2002 he was able to "get on the train" and qualify for multiple Pro Tours in a season. Pro Tour Houston was a big turning point for the still-teenaged Stark.

"PT Houston 2002 was probably my favorite Pro Tour," said Stark, who was not even qualified for the tournament until the very last minute. "I played Pattern and that deck was so much fun, plus I won the Last Chance Qualifier the night before so I was just stoked to be playing. I got 33rd, which was my first 'good' finish on the PT, and I played my first feature match there." 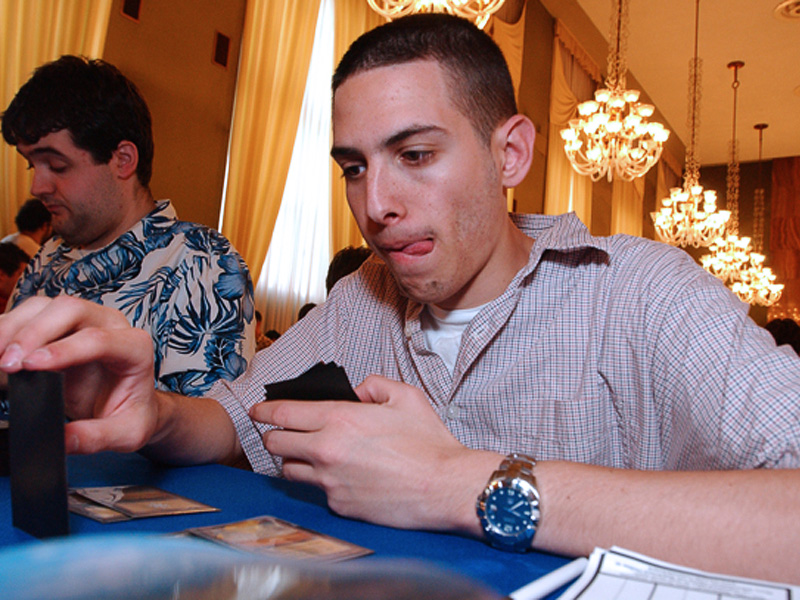 Stark put up a couple of Top 8 finishes over the next two seasons in San Diego and Kobe and was being talked about as one of the best young players in the game when he stopped playing due to work commitments. He knew he was not going to be able to put as much time into preparation as he had in the past and was worried about embarrassing himself by not being up to his own standards. He never stopped playing the game, habitually drafting online, and eventually the lure of competition pulled him back at the end of the last decade. He fought his way back to the Pro Tour through PTQs and Grand Prix and eventually became the Limited expert for Team ChannelFireball.

Working with that team at Pro Tour Paris, he earned his Pro Tour trophy and the talk of Hall of Fame began to surface. There was a smattering of votes but he was not close before adding a terrific season to that already impressive resume—61 Pro Points, four Grand Prix Top 8s, and a win at Grand Prix Indianapolis.

"The PT Top 4 was obviously the main thing, but I cashed Seattle as well," said Stark, who agreed with voters who did not cast their ballot for him the previous year. "My résumé was definitely still short the year before and I just had a really good year, which kind of put me where I needed to be, statistically speaking."

Stark now joins the likes of Jon Finkel, Bob Maher, and Kai Budde in the Hall of Fame and he could not help but reflect back on when he was starting out as a young PTQ hopeful.

"When you look at that list of players, it's all the guys you looked up to as a kid," said Stark. "It's the guys who have made an impact on Magic and Pro Tour history. It's a huge honor."

It was another set of role models from his childhood that he singled out for thanks upon learning of his election to the Hall.

"My parents for sure," he said. "They were so supportive of whatever I wanted to do in my life. They would drive me to PTQs ten hours away and let me start flying all over the world when I was sixteen. They have just always supported me in whatever I liked and believed in and I would never have been able to be a Pro Magic player if not for their love and support." 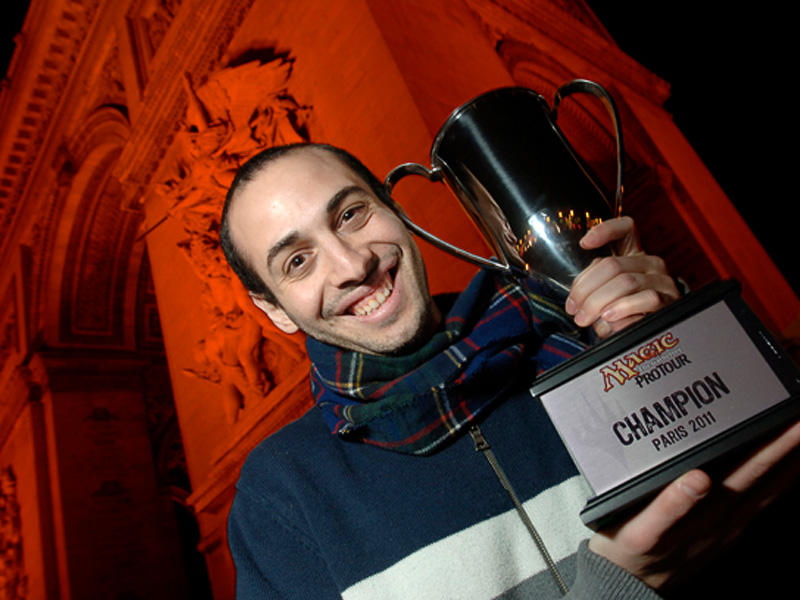