On August 5, Core Split kicked off for the MPL. The second split of the year was filled with close calls and heroic turns for players just crossing over the midway point of the season. With 2020 plans underway and the race to the 2019 World Championship heating up, racking up wins and clinching a division can be a player's make-or-break moment in a season.

Four competitors earned their byes into Day Two of Mythic Championship V: Ben Stark, Lee Shi Tian, Seth Manfield, and Carlos Romão. While everyone playing in the MPL looks to earn every Mythic Point they can, winning a division during a split is the only way to lock in more guaranteed points at a Mythic Championship.

Both Seth Manfield and Lee Shi Tian are in the running to qualify for the 2019 World Championship by earning a Top 4 Mythic Points finish in the MPL at the end of the season. Lee is hunting for every edge in making up a 10-point gap to stay in the running for 4th place. 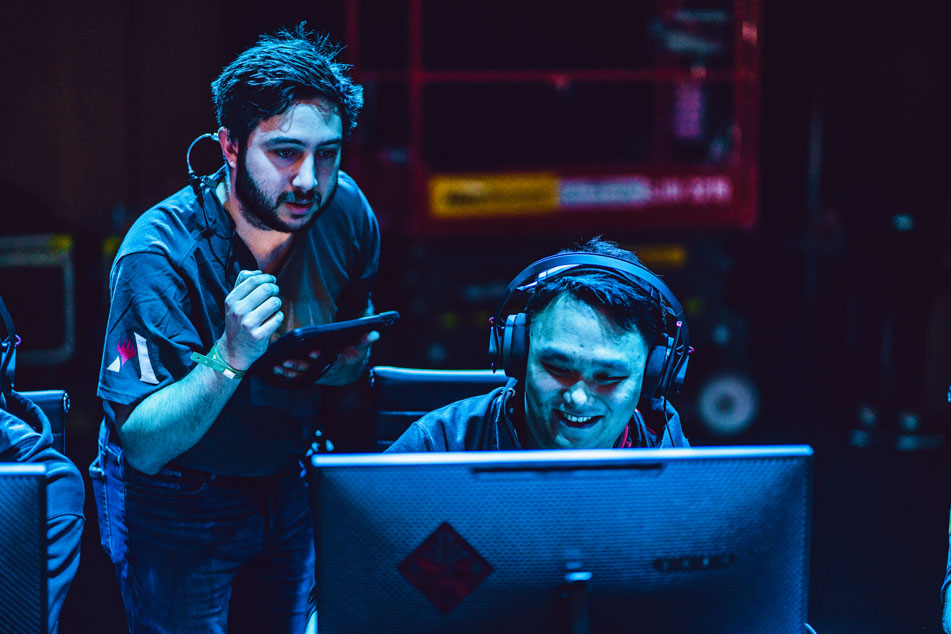 "It was a mediocre result this year," Lee said. "My primary goal was to stay in the MPL next year. Winning the division means I guarantee more Mythic Points, which I am very happy about."

Prepping for Mythic Championship V means leaning into a refreshed Standard format, a big change that Lee is excited to tackle. "[The previous Standard format] had eight sets, and the new one is only five. A smaller card pool could make a huge difference," Lee said. "My expertise is challenging a newly rotated format. There's so much room to brew something great."

Where Lee aims to be next is exactly where Manfield already sits. Recently tied for 4th place with Márcio Carvalho, Manfield will start Day Two of Mythic Championship V with the same 24 Mythic Point guarantee as Lee. But potentially making up ground against the other leaders—Reid Duke, Brian Braun-Duin, and Rei Sato (with Javier Dominguez already qualified as the 2018 World Champion)—is the real benefit. 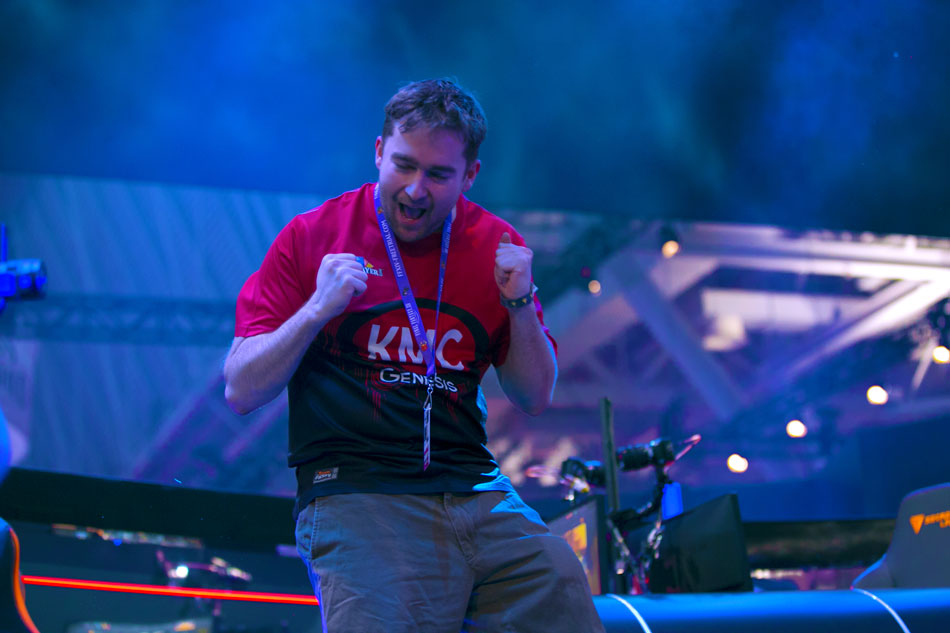 Being in a good spot isn't something Manfield feels he can take all the credit for. "Winning Core Split was my goal," he said. "You need to have some luck to win a split, so my hope was to be able to win one of the three splits over the course of the season. A Mythic Championship bye is a really big deal."

While Manfield and Lee are working to be in the ongoing World Championship conversation, the other two Core Split division winners are fighting to turn their seasons around. Carlos Romão sits 40 Mythic Points out from the current Top 4 leaders this season—and it's early enough that a string of top finishes at the remaining Mythic Championships this year could change that—but also sits just above the cutoff to remain in the MPL at the conclusion of the 2019 season. 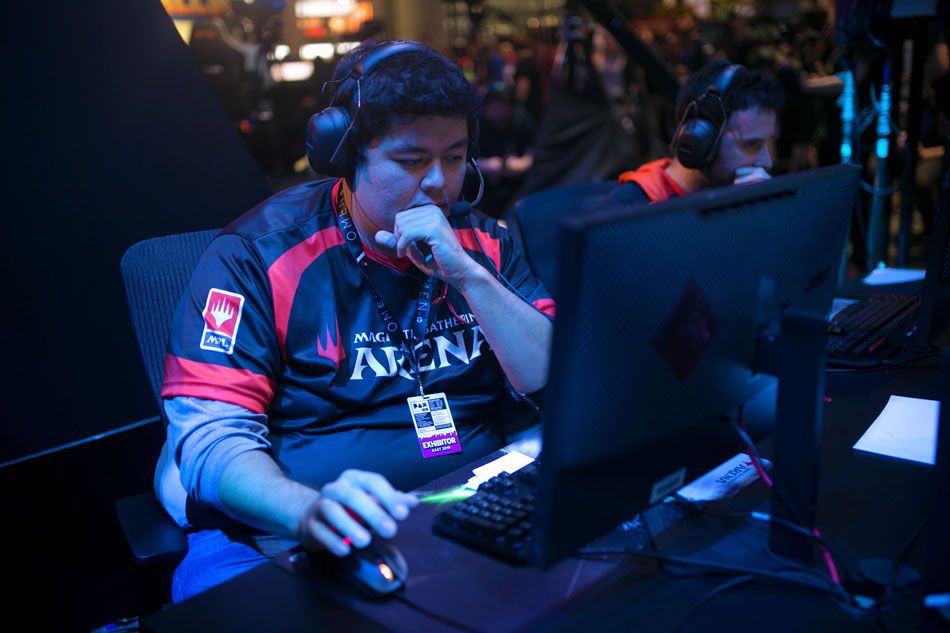 "My goals since the beginning of the year was to stay in the MPL for the next year," Romão said. "Winning my division in Core Split is a huge step to my goal. It also puts me one day ahead of most of the players in Mythic Championship V because I start on Day Two with a fresh mind while most of my opponents will have had a very stressful Day One."

But winning his division was more important than just a later start in Long Beach. "Another aspect that the split victory helped me with was the morale side," he said. "This is the first year of the MPL and the stakes are higher than previous years. The psychological health matters a lot, and winning an eight-player tournament packed with the best players in the world gives you a lot of confidence."

"My biggest concern is not having enough points to be at the MPL next year! 2019 was the first year for the MPL, and I believe it was preparation for an amazing 2020."

Before Romão can focus on prepping for a potential 2020 season, he has to succeed in his 2019. Putting in the work ahead of Mythic Championship V is on the top of his mind, and he knows what to expect. "The division tournament is smaller, and you can focus your deck to face very specific decks," he said. "Your sideboard doesn't need to cover decks that you are pretty sure the other players will not use, and you can be a little bit aggressive on the main deck with usual sideboard cards. At the Mythic Championship, you need a more balanced deck because the metagame is bigger and the range of decks players can use is wider."

While Romão is in the hunt to ensure his head stays above water, Stark has a tougher road ahead in the final stretch of the season. Currently at 29th in the MPL standings, Stark's excellent metagame decisions on Core Split finally put his Magic Hall of Fame laurels on display this season. Mythic Championship V is where Stark looks to stay ahead of the MPL cut looming in three months. 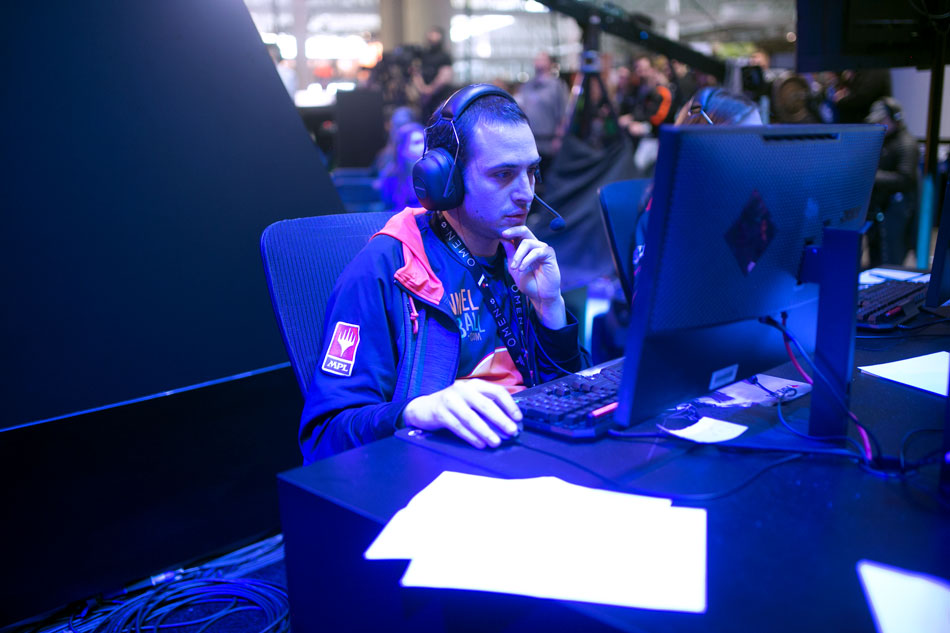 "I'm never really shocked to do very well, very poorly, or anywhere in between. I hope to win every single tournament—and match for that matter—I play, but I certainly don't expect to. I just try and prepare well, play well, and then based on however well I draw in tournaments." Stark said. His mindset comes from years of playing Magic professionally, but that doesn't mean he doesn't recognize when making a key victory matters. "Winning the Core Split is really big for me because I was having a bad year. This gets me back into the hunt to make the MPL again and not get relegated to Rivals status."

That mentality leads to preparation that seems simplistic, but obviously effective as his Magic Hall of Fame status attests. "For Mythic Championship V, I'll mostly just be trying to make the best deck I can," he said.

If Stark brings the best deck to Mythic Championship V, even the World Championship is within reach—he just has to win it all. Follow Stark, Romão, Manfield, Lee and the rest of the MPL as they take on the field of Challengers in Long Beach starting Friday, October 18 at 9 a.m. PDT/12 p.m. EDT/4 p.m. UTC live on twitch.tv/magic!