It's been a busy day here at Mythic Championship VI in Richmond, Virginia! Three rounds of Throne of Eldraine draft and five rounds of Standard - with plenty of Oko, Thief of Crowns along the way - later, the field has begun to separate as we head into Saturday and the stretch run to the Top 8.

Here's what most stood out to us from Day One.

Nelson and Kassis Lead the Way 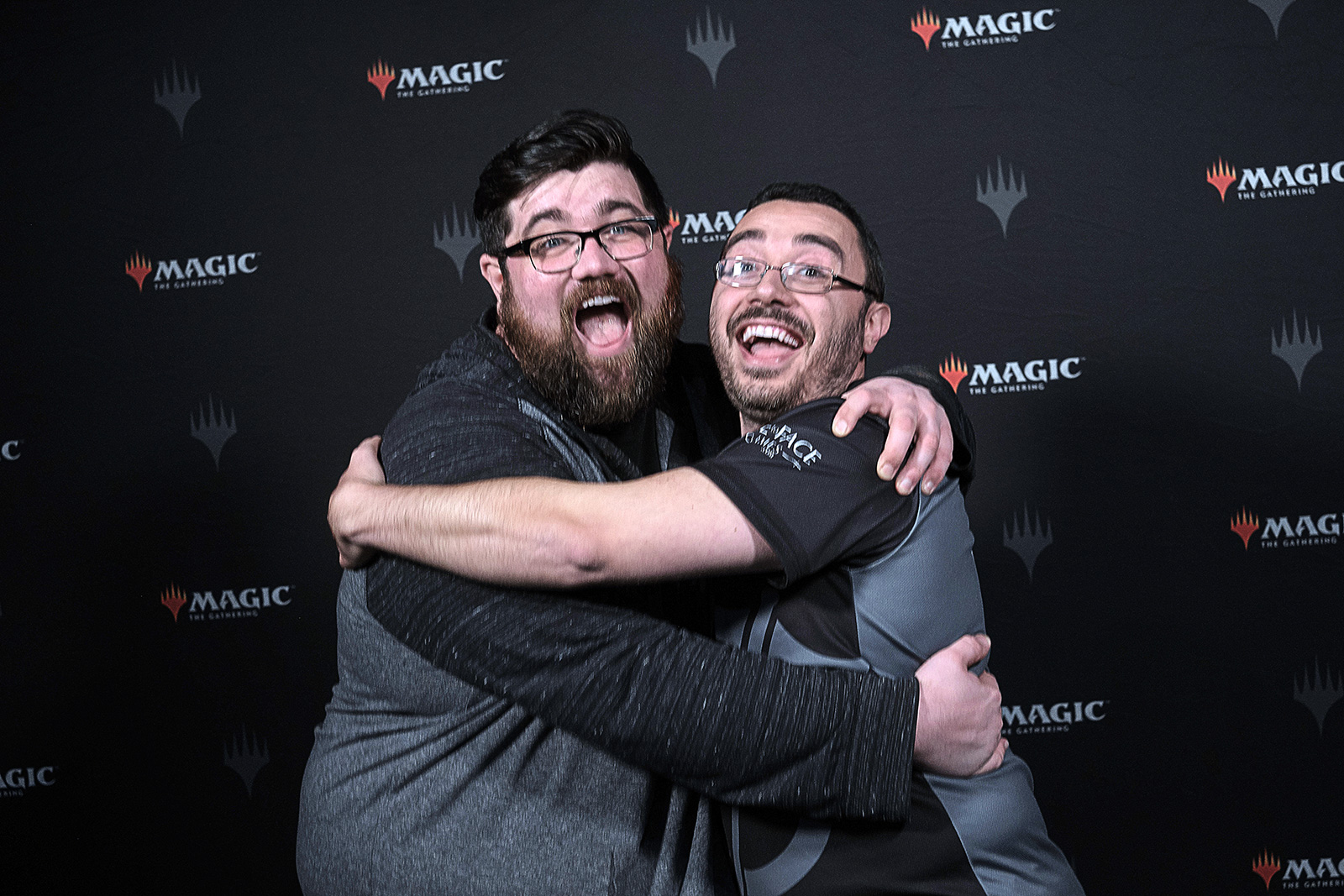 Brad Nelson and Eli Kassis paced the field with perfect 8-0 records on Friday, and that should come as no surprise to anyone watching. Nelson is widely viewed as the best Standard player in the world, with a unique knack for figuring out metagames exactly like this one: A more-or-less solved Standard format that requires the perfect tweaks to get ahead. In this case, Nelson put two Casualties of War into his maindeck, which was the perfect card for the mirror after boards stalled out and players sought ways to go over the top.

Kassis, too, has been one of the most consistent performers over the past several years at the Grand Prix level. He's still looking for a breakthrough at the Mythic Championship level, and his perfect start to Mythic Championship VI leaves his on the cusp of doing just that.

Sultai Sacrifice Stands Up to Standard

Food decks, featuring the core of Gilded Goose, Oko, Thief of Crowns, Nissa, Who Shakes the World and Wicked Wolf dominated the Day One field. 63% of the field sported some flavor of Food brew, and 69% of the competitors had Oko in the 75. It's an unprecedented level of dominance, but that doesn't mean there weren't innovations to be had.

We've seen Cauldron Familiar and Witch's Oven in Standard; Black-Red Sacrifice (or sometimes "Aristocrats" as it's colloquially called) took advantage of an opportunity with the combo alongside Mayhem Devil. But with the majority of field bringing Food decks—and specifically Sultai Food, which has an edge in the mirror thanks to Noxious Grasp—thirteen players found the next level with the little Cat that could.

"We thought the metagame would be a lot of Sultai Food, and this is the best against that deck," explained Sam Sherman, who prepped for this tournament with a collection of friends (and former teammates) known as East-West Bowl and finished 7-1. "It beats what they're trying to do."

The numbers back him up. Of all the Food variants—which as a whole out-performed other archetypes—Sultai Sacrifice was the most dominant, posting a 73% win percentage on Day One, the highest among all archetypes with at least five pilots.

While it's no surprise to see someone like Nelson near the top of the standings, one name that may stand out among the leaders is Max Mick. Few have quite the pedigree that the 17-year-old winner of Grand Prix Phoenix two weeks brings with him: His father Joel was one of the original playtesters of Magic 26 years ago.

Max's path to his 7-1 finish on Friday at Mythic Championship VI began all those years ago. His father introduced him to the game when he was deemed old enough to not be scared of the art, and Max's earliest memories of the game come from flipping through his father's binders of Alpha and Beta cards.

Max's path here began in 2016 when he made his first Grand Prix Top 8 at the age of just 14, qualifying him for Pro Tour Kaladesh.

"I was still pretty bad then," he explained matter-of-factly shortly before locking up a place among the leaders on Friday.

Mick has the confidence of youth on his side—and after winning in Phoenix while juggling college classes, he's ready to take the next step.

"Well, I was going to do an internship this summer, but after I won the [Grand Prix] my parents said I could focus on Magic this summer," he said with a laugh. "I don't think I'm interested in making Magic my life and trying to make the MPL or anything like that, but I really enjoy playing and I want to do better than the 10-5 finish I had at my last Mythic Championship."

With a 7-1 start, Mick is well on his way to doing just that - and maybe more. 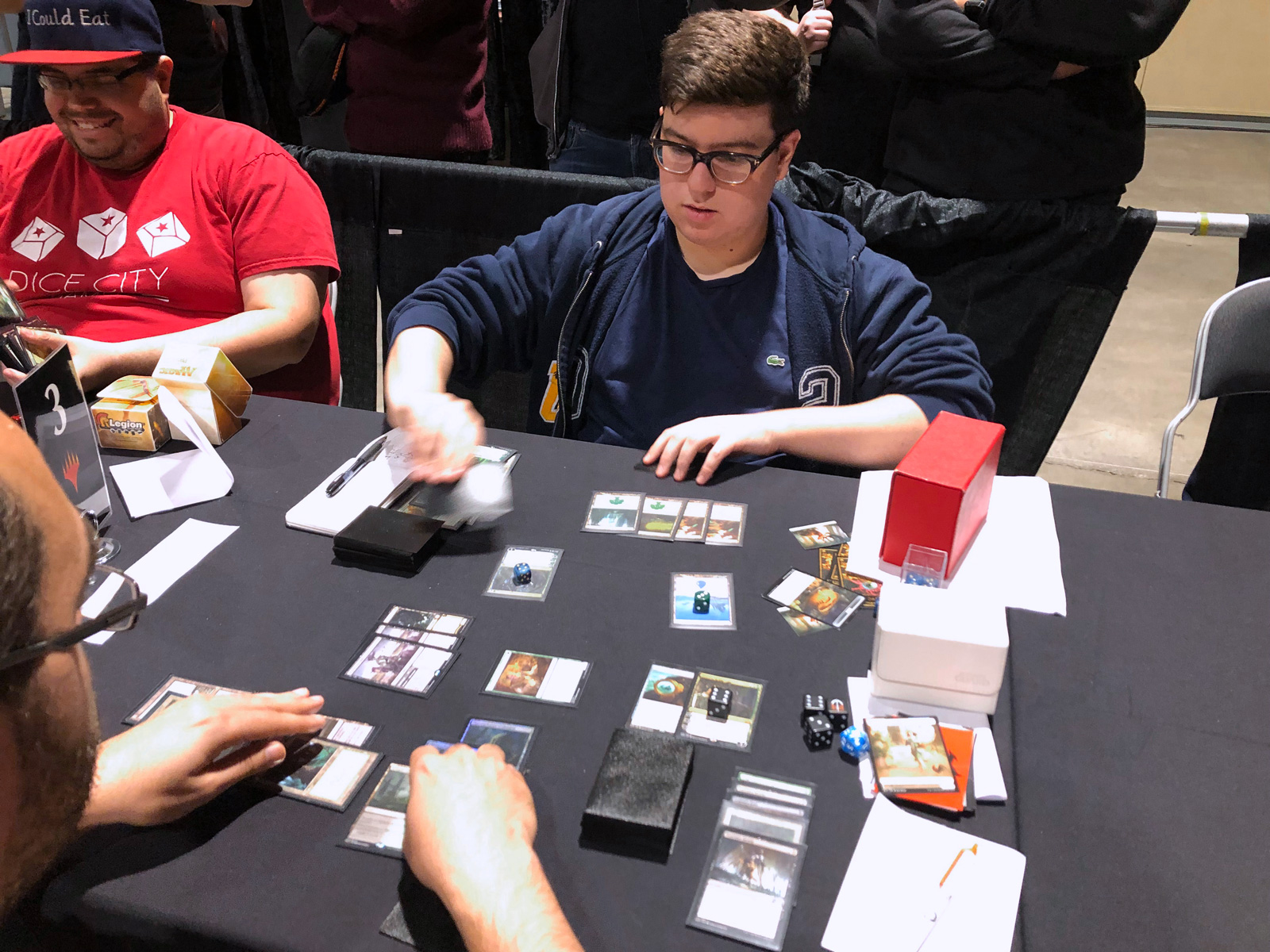