Each year players all around the world congregate in the cathedral of Legacy and Vintage to compete at Eternal Weekend. Ever since 2003, the Vintage champion received a beautiful original painting of one of the Power 9, the most powerful and iconic cards in the history of Magic. In 2011 a similar award was introduced to the Legacy Championship, with alternate art paintings of the original dual lands given to the winners.

For 2020, six different pieces of art—three for Legacy—were available through Championship events.

Over October 16-18, 2020 more than 1,600 people entered Eternal Weekend 2020's Legacy Championships. The Championships were made up of three events, each named after their top prize and offering competitors a shot at winning the one-of-a-kind original paintings of , , and . While unique prizes celebrating the history of the format are important, what excites competitors most is how Legacy is one of the most diverse and rewarding formats in the game.

Moving to online play through Magic Online, with access provided to accounts containing nearly every card in the game, afforded players the opportunity to try out all the decks they ever wanted to play for a week. It also meant entering the Championship with their time-tested favorite. This provided a unique opportunity for players to switch to any innovation they could find or stick with their preferred choice of Legacy deck for years.

Many players put lots of work into cultivating both the aesthetics and their mastery of playing their decks, and each Legacy Championship this year proved that true again. 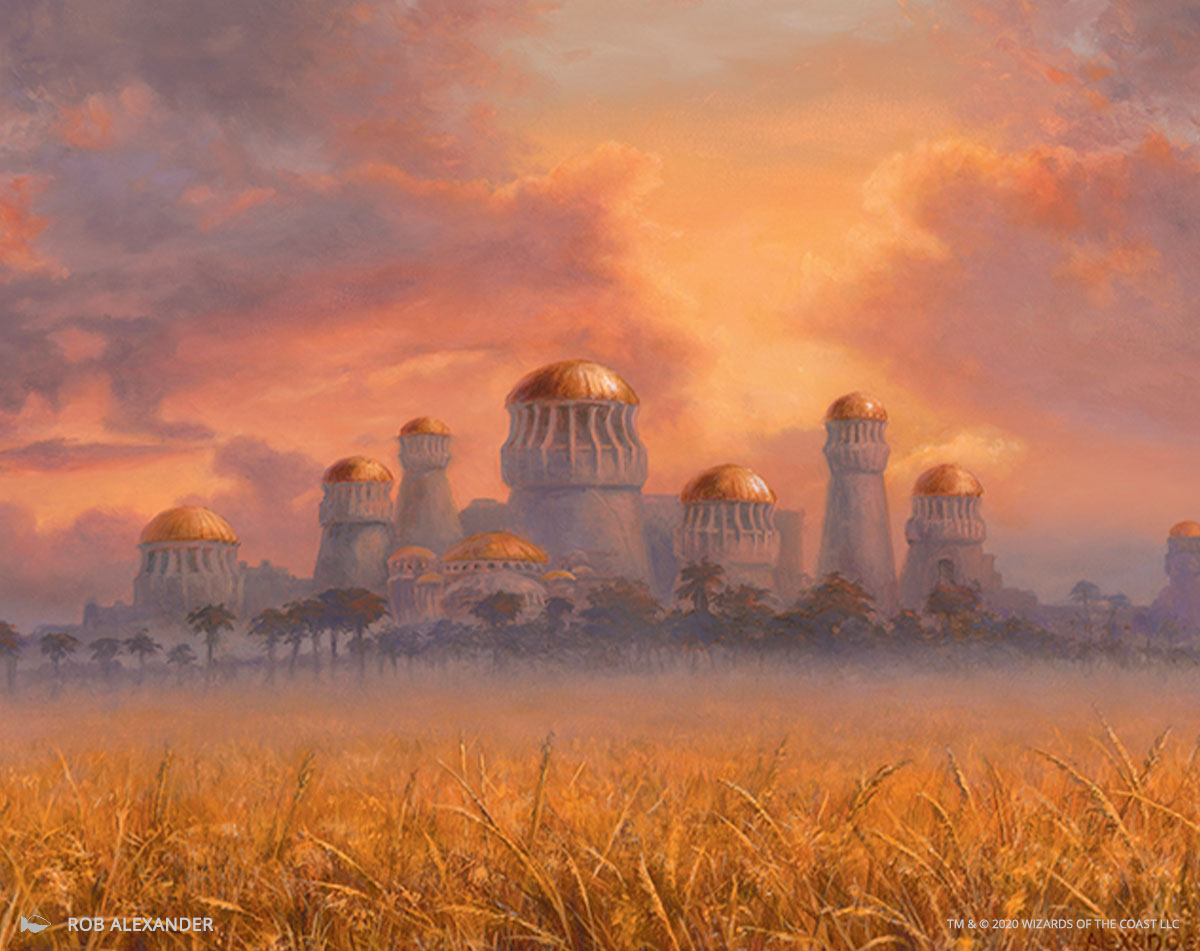 The first championship of the weekend featured 581 players, competing in the biggest online Legacy tournament up to then. After 10 rounds the dust of had settled and eight players emerged with one big surprise: the return of Death & Taxes, which put both ChristianyBarr and Bomtrack into the Top 8.

The absolute highlight of the tournament was the quarterfinals clash between Legacy Grand Prix Niagara Falls champion Daniel "Gul_Dukat" Goetschel on Temur Delver and Grand Prix Santa Clara 2018 finalist Jonathan "JPA93" Anghelescu on Five-Color Snowko. Both players are two of the most feared grinders on Magic Online, making them favorites for any tournament they enter.

What happens when the unstoppable force meets the immovable object? Apparently gets cast—a lot. Check out the video of this match (posted below) for one of the most back-and-forth high-level matches of the weekend.

Things didn't get easier afterwards for Gul_Dukat: the semifinals had Legacy Grand Prix Atlanta 2019 Top 8 competitor Tariq "heyyQT" Patel waiting with his Hogaak deck. You can watch how Gul_Dukat advanced to the finals below.

Piloting Five-Color Snowko on the other side of the bracket, Legacy Eternal Weekend 2018 Winner Patrick "greenpm33" Green made to the finals, choosing to split the championship match with Gul_Dukat. 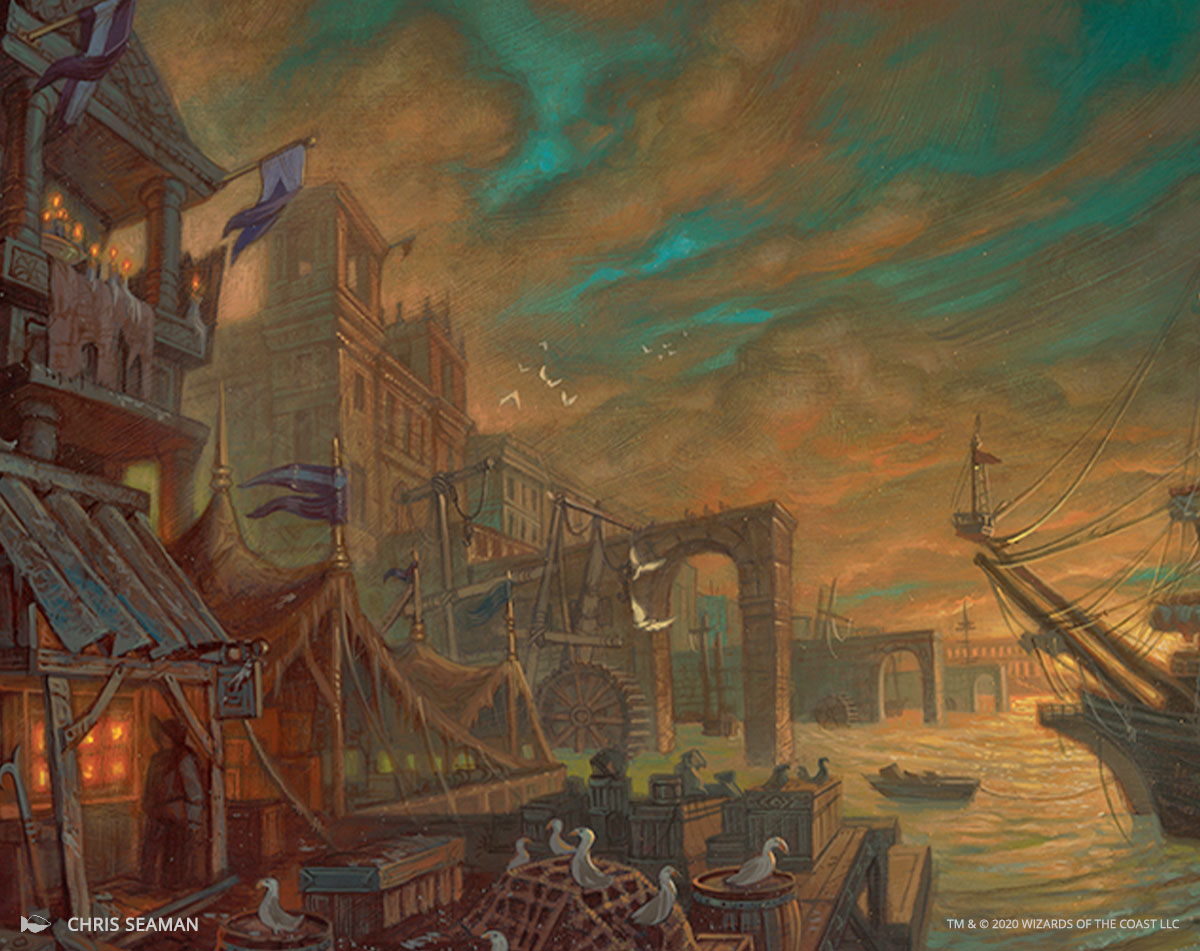 While the Top 8 of the Championship was still playing, another 447 players jumped into the second championship of the weekend, battling through 10 rounds of Legacy to reach the Top 8. This time Death & Taxes in the hands of Antonín "toondoslav" Braniš one-upped its previous performance and took down the entire event.

One of the most interesting decks of the tournament is McWinSauce's special take on Five-Color Snowko. Adding a package including , , and , they got a huge leg up in the midrange mirror. Check out video of their quarterfinals against toondoslav to see this deck in action. 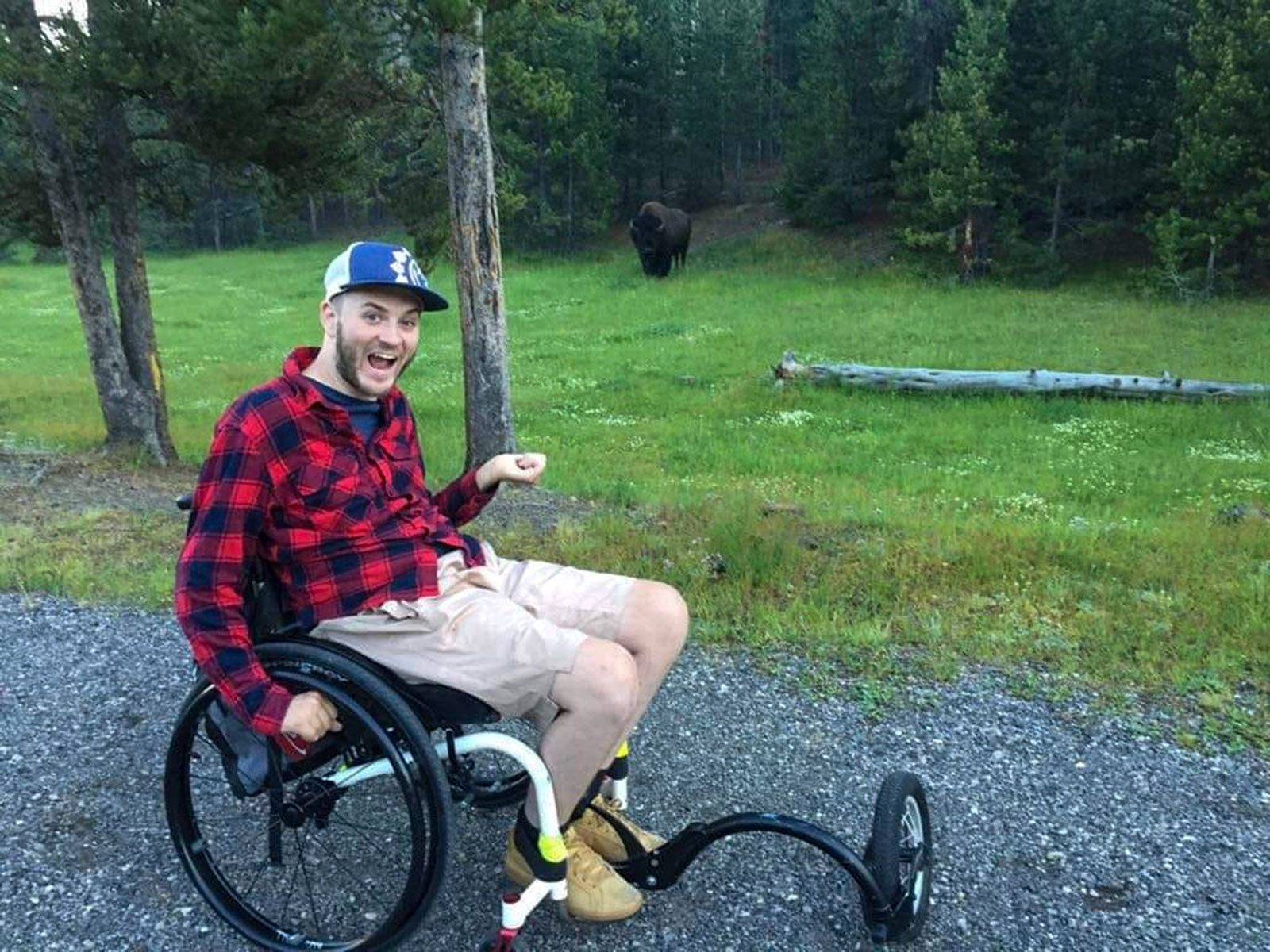 Why/how did you choose the deck you played? Death & Taxes was my first Legacy deck, so it is usually my first choice for every Legacy tournament.

What's your favorite card in the deck? I really like , because you can kind of cheat your creatures in play, but MVP was .

What does winning Eternal Weekend mean to you? It is my biggest Magic accomplishment, so I hope it will be the start of other good finishes. 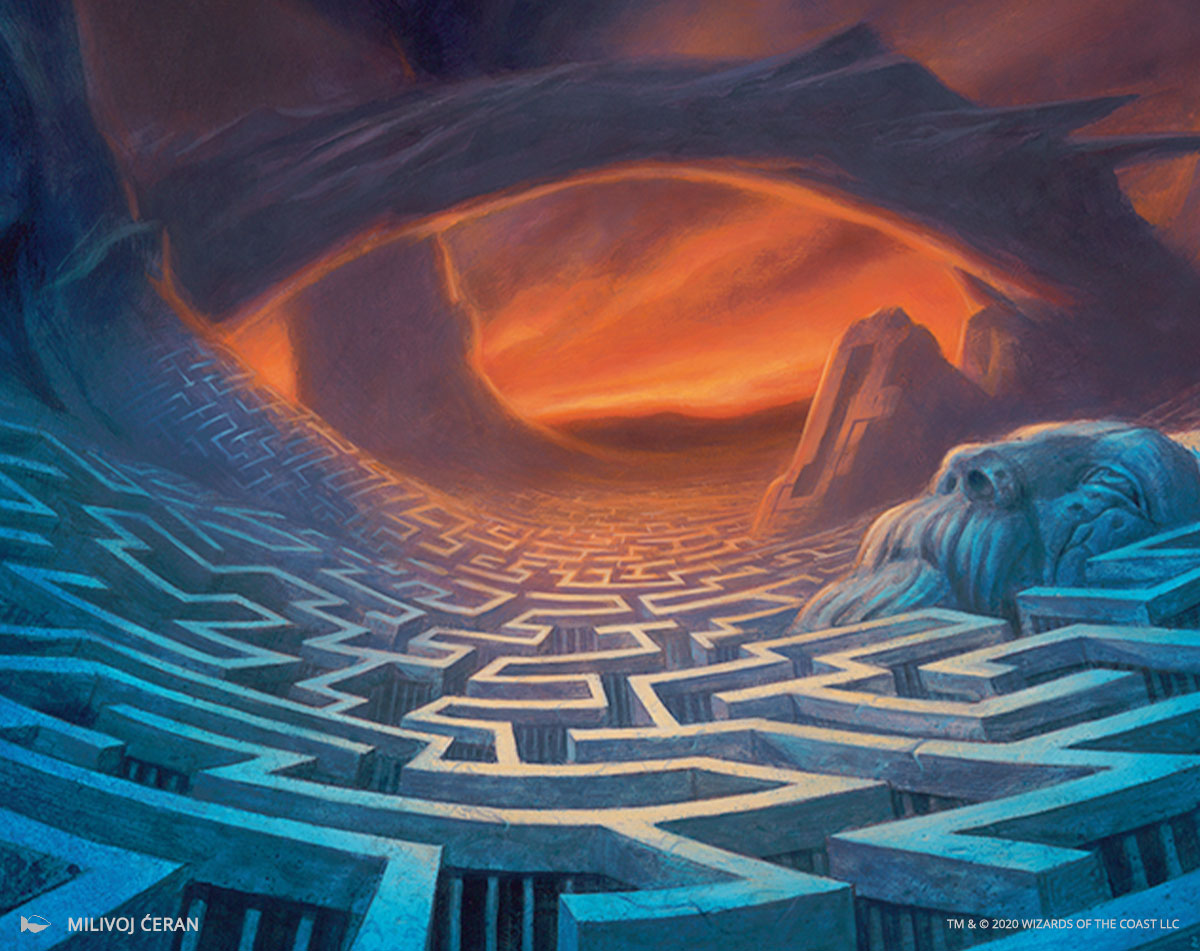 Less than 48 hours after the Championship was the largest online Legacy event to date, the Championship shattered that record. The event reached 672 players, showcasing passion for the format in the Legacy community.

Brazil's Eduardo "Eduzzera" Santoro emerged victorious with his Elves deck, but the story of the tournament was Steven "Sherwinator" Sherwin's undefeated 12-0 run into the finals with Oops, All Spells. The deck received two huge upgrades from Zendikar Rising in Agadeem's and , allowing it to improve upon some of its previous issues with inconsistency. Still, Eduzzera's Elves—itself with incredible new Jumpstart card in —proved to be Sherwinator's undoing.

Also in the event, Legacy's premier streamer made his second lifetime Eternal Weekend Top 8 once again piloting his trusty Five-Color Snowko deck. It was an outstanding performance after his "mere" 21st place finish in the Championship event. 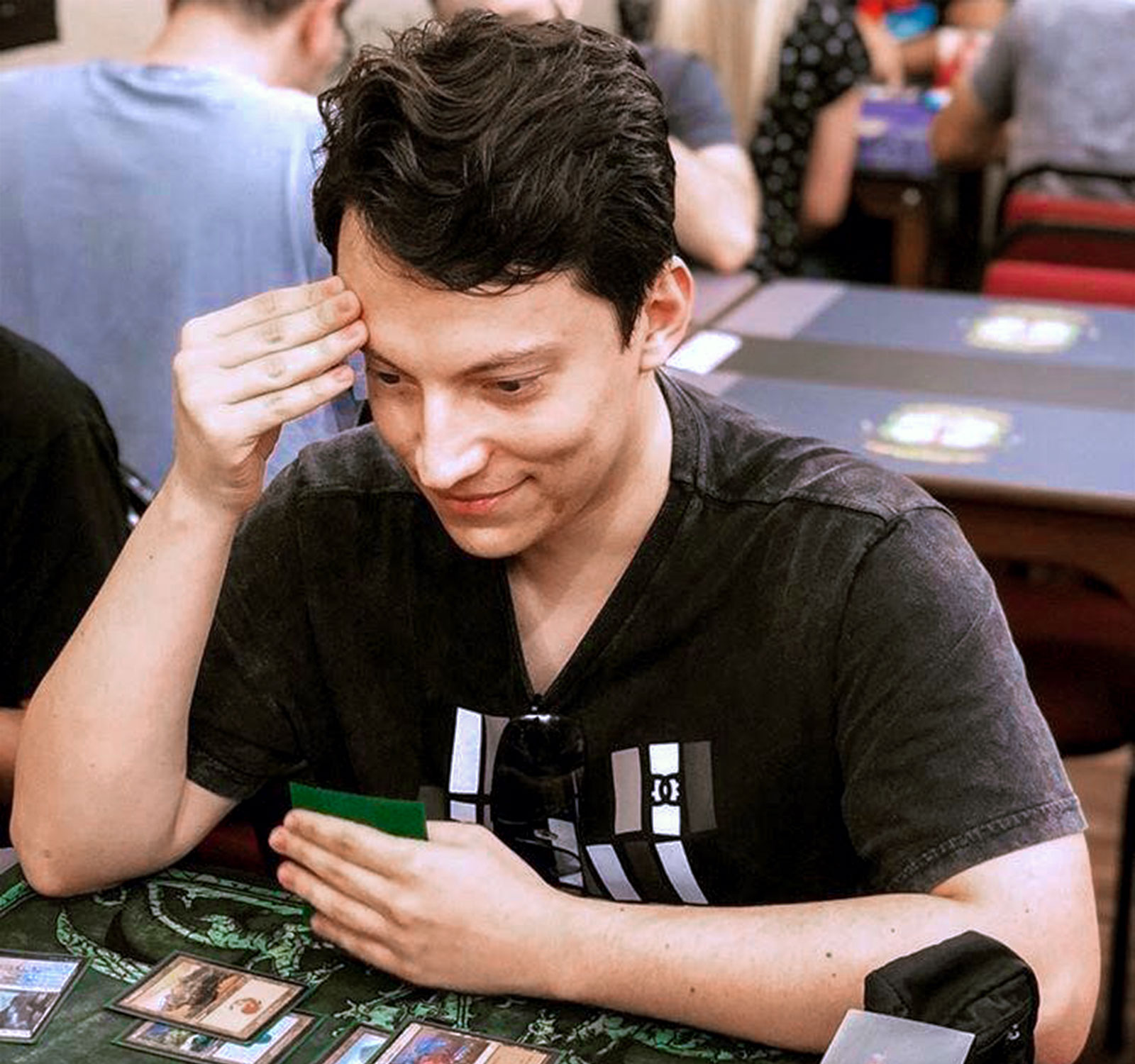 The process of choosing a deck before a big tournament can be really difficult considering the variables that must be taken into account, such as your experience with a certain deck, your affinity with the chosen strategy, how to approach the current metagame, etc.

The deck of little green creatures with pointy ears has always been my passion. block, , and the trolls of Mirrodin were great sources of inspiration for childhood kitchen table decks.

Some time later when I started playing Legacy—being a lover of strategy games from chess to Star Craft: Brood War—it was no different: the Elf deck was again my number one choice. An extremely resourceful, complex deck with access to ramp, removal, card quality, card draw, a fast clock and win conditions, [it is] perfect for the competitive environment. In my case, I chose the deck for exactly these reasons: affinity, experience, training time (plus testing the fully busted, for the first time of the year).

. I think that this card represents the green color in Magic in its complete essence, simply defining the color green as a whole.

I think this is the biggest tournament I could imagine winning right now and maybe in my life. I also believe that it means a lot to the Brazilian Legacy community. We have a lot of good players here, but unfortunately they haven't had the opportunity to play tournaments like this for several reasons. And my victory shows that it is always possible to dream of achieving something big.

The Metagame: Combined 8-2 or Better Decks


In a tournament as big as Eternal Weekend, the difference between a Top 8 and a 24th place finish can be down to your tiebreakers. While there's always a certain excitement associated with just Top 8 lists, in order to get a better picture of what's doing well we should look at the combined metagame of all players finishing with a record of 8-2 or better.

As expected, both Temur Delver and Four- and Five-Color Snowko decks put up the best numbers of the weekend. Since the printing of and , Temur Delver left its tempo-heavy past behind and is now more than capable of playing a dedicated midrange game. An interesting twist to this strategy shift is the deck was previously built to take advantage of the tempo it generated by attacking the opponent's life total, now instead puts "structural pressure" on the opponent: opponents are no longer in as great a danger of dying from attacks but instead of falling behind on card advantage. It's reminiscent of the old Five-Color Threshold lists that ran over 10 years ago.

Snowko proved itself again as the premier midrange and control deck of the format. Most players ran the full five colors, including the red splash for and . One interesting development of the weekend is a small trend towards one-upping each other in the mirror, as some pilots included innovative endgame mana sinks like ; ; or .

Rounding out the trifecta of top decks was Death & Taxes. After being considered unplayable for most of the year, the deck is back in full force and almost took the top overall spot. A major reason for the rejuvenation of Death & Taxes is , which increased the tactical flexibility of the deck. By being universally applicable in so many matchups it frees up both maindeck and sideboard slots, and comes with a minimal drawback for a deck that is already geared towards dominating creature-based matchups.

Legacy at Eternal Weekend 2020 was an incredible success story. I've been playing the format for almost 15 years, and rarely have I ever been as excited as during this weekend which felt like one of the biggest global celebrations of Legacy. Despite being online, not only did we see players turn up in numbers beyond our wildest imagination but the championships each felt like a huge community event. Discord servers, Twitch streams, and Facebook chats had their own versions of "viewing parties" watching dozens of streamers broadcast their run through the tournaments.

I also want to take this opportunity to thank the community for their invaluable help sharing coverage of Eternal Weekend Legacy. This includes all the players who allowed us to record matches from their perspectives, all of our commentators, Chris Kiritz from Wizards of the Coast for his support, Callum Smith, and of course Anuraag Das with whom I produced our coverage for this event.