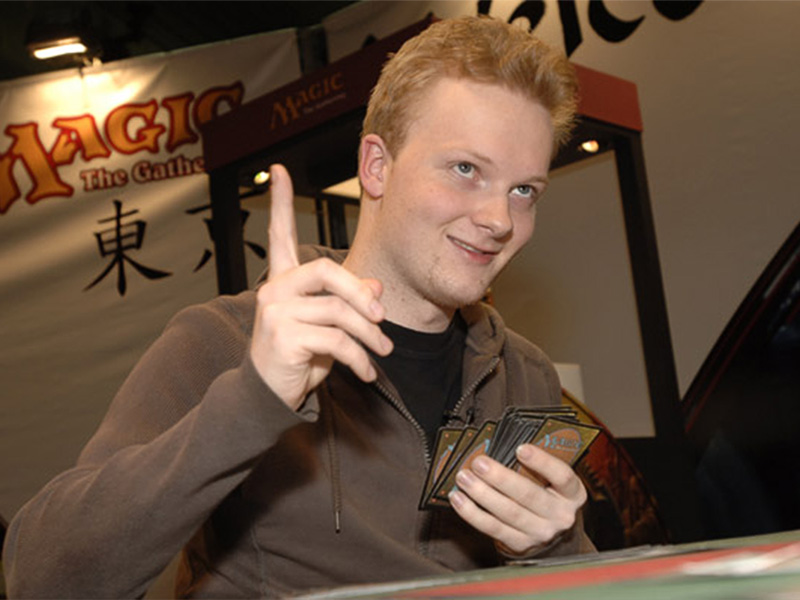 Frank Karsten came onto the Pro Magic stage doing what he has done consistently throughout his career: posting impressive finishes and heralding in a new era of dominance for the Dutch Magic scene. After a 9th-place finish at the European Championships in 1999 and a 5th-place finish at Dutch Nationals, Frank found himself playing in Brussels on the Dutch national team alongside Jeroen Remie and Roel Dols. Propelled largely by Frank's individual 17th place finish in the main event, the Dutch team would finish fourth at that event and Frank was well on his way to becoming one of the most respected competitors on the Pro Tour.

"Contrary to how most people have qualified for Pro Tours, I have never won an individual Pro Tour Qualifier in my life," said Karsten of his introduction to Pro Tour action. "A 5th-place finish at Dutch Nationals qualified me for the European Championships, where I finished in 9th place. That qualified me for the World Championships in Brussels. I was just sixteen years old but very exited to be able to play at a Pro Tour. I played an Angry Hermit deck in Standard and did very well at that tournament, finishing in 17th place. A National Team slot was passed down to me since Jesse Cornelissen could not attend. The Dutch team (also led by Tom van de Logt's individual Top 8 finish) ended up in fourth place. That definitely exceeded all the expectations I had beforehand and fueled my drive to become even better at Magic."

He posted respectable finishes over the next few seasons but did not improve on his first individual Pro Tour finish until 2003 in Venice when he quietly placed 16th in that event. His finishes steadily improved; 10th place in San Diego, 5th place at a team Pro Tour in Boston, and then finally his breakthrough Top 8 in Nagoya, Japan.

Frank lived up to his reputation as Magic's mad scientist when he came to the Rochester Drafts at Pro Tour–Nagoya with a detailed list of every card in each set ranked in order—what was quickly dubbed "The List." Karsten had started to earn that reputation when he made the Top 8 of Grand Prix–Zurich—one of six GP Top 8s in his career—with Æther Vial in his Affinity deck and changed the way people looked at the unassuming one-drop artifact forever. 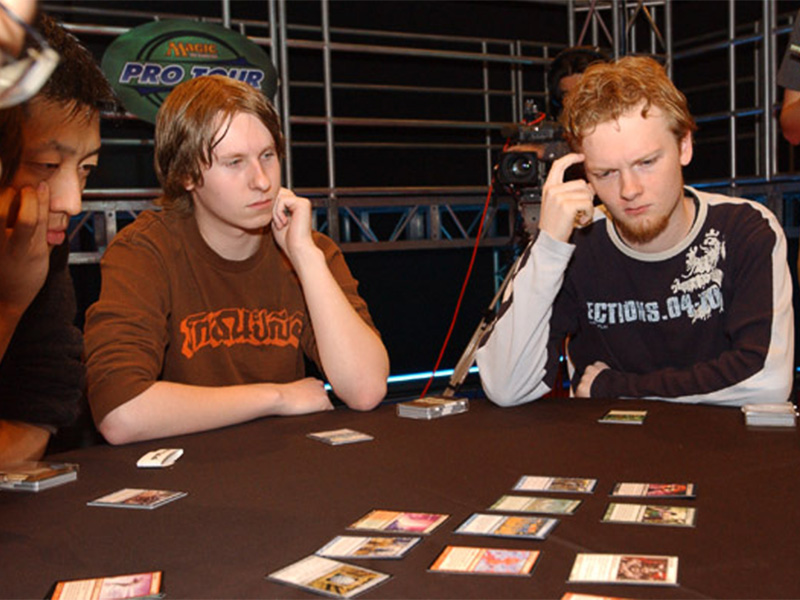 Stories about Karsten have the tenor of tall tales. There is the time at Pro Tour–Yokohama when he played with a tableside bucket throughout the tournament as he was stricken with a stomach ailment that made it impossible for him to be very far from a receptacle at all times. He still managed to finish 10th at that event. However, there is little that sums up Frank Karsten better than his Top 8 Standard deck list for 2008's World Championships.

Coming into the event, Frank knew he wanted to play Faeries but did not know what build he wanted to be playing. Ever the analyst, Frank took as many winning versions of the deck that he could find and statistically distilled them down to a deck dubbed Aggregate Faeries, which featured one Ponder and one Loxodon Warhammer in the main deck.

That was the third Pro Tour Top 8 of Frank's career and his second at Worlds—a tournament that has always seemed to favor him. He placed second at the 2005 World Championships in Yokohama with his Greater Good deck. Despite his strong resume which has him sitting in 11th place on the all-time Pro Points list, it may have been Frank's contributions to the game as a writer for multiple websites—including this very site—that pushed him over the crucial threshold for induction.

His detailed analysis, clear and direct style of writing, and unerring attention to detail not only helped players looking to improve their game but provided a window into the inner working of the mind of a truly great Magic player.

"When I got the phone call announcing that I had made it in, I felt very happy and relieved at the same time," said Karsten. "Though I figured I had a decent shot of making it this year, I was never too confident I would really be voted in. So when I heard the good news, it felt great! Being enshrined in the Hall of Fame is an amazing honor. Magic has been a major part of my life for the last decade and this induction feels like an acknowledgment of my dedication to the game. Being recognized for my Pro Tour accomplishments and my writing means a lot to me. All in all, it is a great honor to be considered one of the game's most influential players." 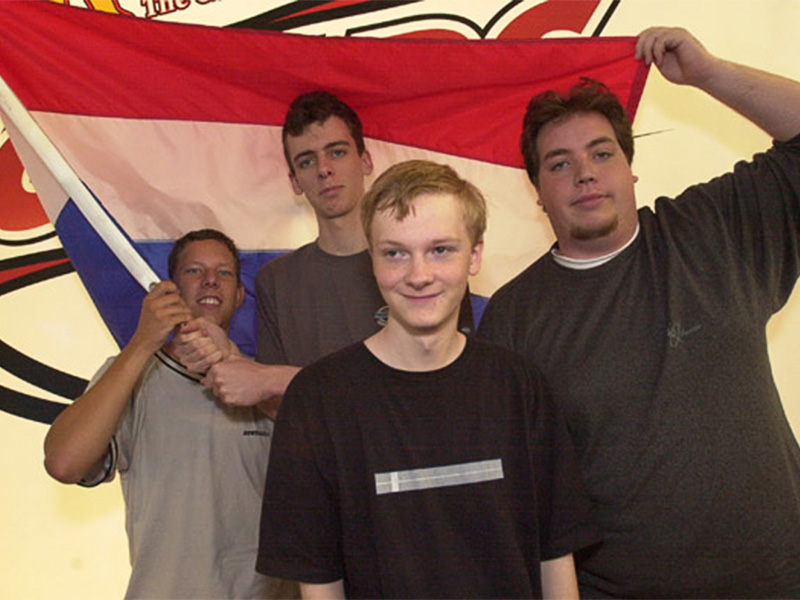 With his invitations to all future Pro Tours secured with his Hall of Fame induction, Karsten is looking forward to bringing his mad scientist reputation to a whole new level in the coming seasons.

"I just got a new job, so I will have less free time on my hands than before. I won't be able to attend all Pro Tours anymore but I would expect to play about half of the Pro Tours from now on depending on the locations and timing," explained Karsten. "Furthermore, staying qualified due to the Hall of Fame means that I won't have to worry about picking up enough Pro Points every time. In other words, I have less incentive to try to finish as high as possible. So, I can now justify playing more funny, enjoyable, or special decks at the Pro Tour, even if they are slightly weaker. Starting next Pro Tour season, I may very well start playing pure Highlander (singleton) decks at the Pro Tour, simply because I always have more fun when playing decks with all 1-ofs. You have more options during the game, your opponents don't know what to expect, and every game features different card interactions. Never forget to have fun!"

When asked about his favorite memories of playing on the Pro Tour, Karsten looked back on one of his signature cards.

"If I just have to focus on memories regarding actually playing games of Magic and not the great experiences surrounding the Pro Tour (traveling, meeting friends from all over the world,...) then I guess the World Championships in Yokohama 2005 stands out," Karsten recalled. "I was really on top of my game then and I played in Standard with my favorite card of all time: Gifts Ungiven. Gifts is a really skill-intensive card because you have to methodologically consider all the possible choices and wonder which cards your opponent will likely hand you. You can use the card in so many creative ways, and I built a Greater Good combo deck with a wacky sideboard plan around it. Between all the options generated by cards such as Gifts Ungiven and Sensei's Divining Top, it was a deck where I had to reside non-stop in the think tank, but that sparks the type of games that I love."

Karsten felt that his induction into the Hall of Fame was a great reward for the time he has spent playing and writing about Magic and was grateful to all the voters who took the time to include him on their ballots.

"Being enshrined in the Hall of Fame is an amazing honor. Magic has been a major part of my life for the last decade and this induction feels like an acknowledgment of my dedication to the game. Being recognized for my Pro Tour accomplishments and my writing means a lot to me. All in all, it is a great honor to be considered one of the game's most influential players," Karsten said after the announcement of 2009 Class. "First, I want to thank everyone who voted for me. Special thanks also go out to all the Dutch Pro Magic players. Without them, the travels to the Pro Tours would not have been as pleasant and enjoyable as they have been. Furthermore, working with them in preparation for tournaments is what allowed me high finishes. Lastly, I want to thank my parents for their support and understanding."