The second day gave us more insight into Theros Beyond Death Booster Draft and into Pioneer. It also gave us the first set of invitees to the Series 2 of the Players Tour, to the Series 1 Players Tour Finals, and of course eight players who'd return on Sunday to fight for the trophy of Players Tour Brussels.

The Deck of the Tournament (40 Card Division)

If you wanted to pick one single strategy as deck of the tournament, you better didn't look toward Pioneer. The Constructed matches showcased an unmatched level of variety. Of course, people didn't all play the same in Booster Draft either, because drafting means nothing less than to divide one pool of cards among players. But when looking at the successful color combinations, particularly the decks that ended up with a 3-0 record, one pairing stood out.


Black-red had already been the most represented combination among 3-0 decks on Day 1, and the second Draft portion added further evidence. I sat down with Matt Brown to talk about his perfect 6-0 and his two black-red decks.

Brown said that he didn't set out to force these colors, but admitted to some preference. "We did a Draft camp with the members of Team Axion Now, and figured out that aggressive decks for the most part tended to do much better than the more controlling archetypes. And black-red is of course one of the best aggressive combinations. For one thing, it has excellent 2-drops ..." 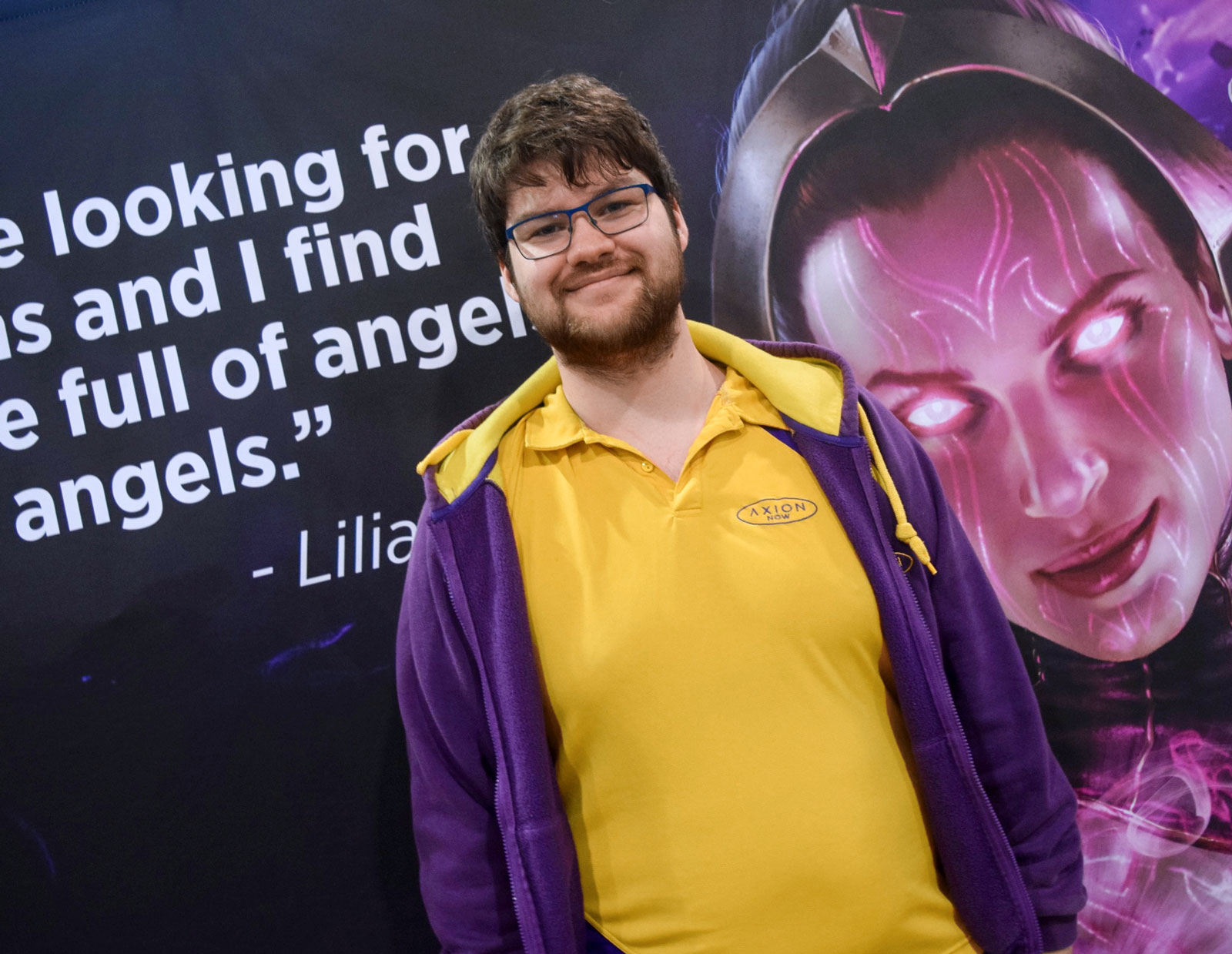 He pointed out that creatures like or weren't being stopped anytime soon. He mentioned escape as another pillar of the archetype and a third being black cards such as and . "Sometimes, there's a sacrifice theme too," Brown added.

"My first Draft began with followed by . Then I got passed a bunch of solid black cards and a couple more red. In pack two, I opened and got passed the red-green Temple. At that point, I knew I was going to run a black-red with Polukranos as a single splash, and it was just a matter of filling out the deck."

Brown's story continued on Day 2 with a first-pick . Many people don't like to start on a multicolored card, but Brown had no qualms about it. "There was a in that pack too, and some of my teammates later told me they would have picked that. But I knew I wanted to go into black-red again if possible. Let's call it a speculative pick.

"Anyway, I immediately got a second Slaughter-Priest next, and then pretty late in the second pack, like pick seven, I was handed a third. So it definitely paid off. In the final pack I opened and got third." Brown paused for a second, replaying this sentence in his mind. "Yes, it helps to open good rares."

The Decks of the Tournament (60 Card Division)

It's impossible to pick out any single deck from Pioneer; there were so many! If anything, the story of Pioneer's first showcase at the highest level was one of variety, of equity, and of ingenuity. The overabundance of Mono-Black Aggro cleared up, the perceived problems with didn't manifest, and in the end the Top 8 featured seven different decks.

It wasn't just that a lot of archetypes proved viable. They also did some extremely cool things. Possibly the most ingenious concoction in that regard was the version of Lotus Breach played by Brent Vos. Time and again, Vos came back from sheer unwinnable positions to claim another victory, often in epic fashion.

Not to mention that the deck's most basic modus operandi already required some explanation ...

Here it goes. Vos and his testing partner, mastermind Pascal Vieren, had discovered a way to go "infinite" that didn't involve . Whereas other builds relied on the Aura to feed their escape chains, theirs didn't need to expend slots on a tool without alternative applications. Instead, they would maneuver into a position where could grab from the sideboard. Eventually one escape of would alternate with two escapes of , one generating the mana and one the graveyard cards to keep going until they ran out of library. Then it was time for the usual .

There were a lot of memorable moments caught on camera, and most didn't involve convoluted combo turns. Sometimes, it came down to something as simple and as timeless as a well-sprung trap ...

The first person to cross all of these thresholds—and more—was Juan José Rodríguez López. I asked him about his thoughts after he was 10-0 and had secured a return to the Players Tour:

"I thought of my next match, of how I'd win that."

I asked him how he felt after he was 11-0 and had secured a spot at the Players Tour Finals:

"I couldn't believe it!" 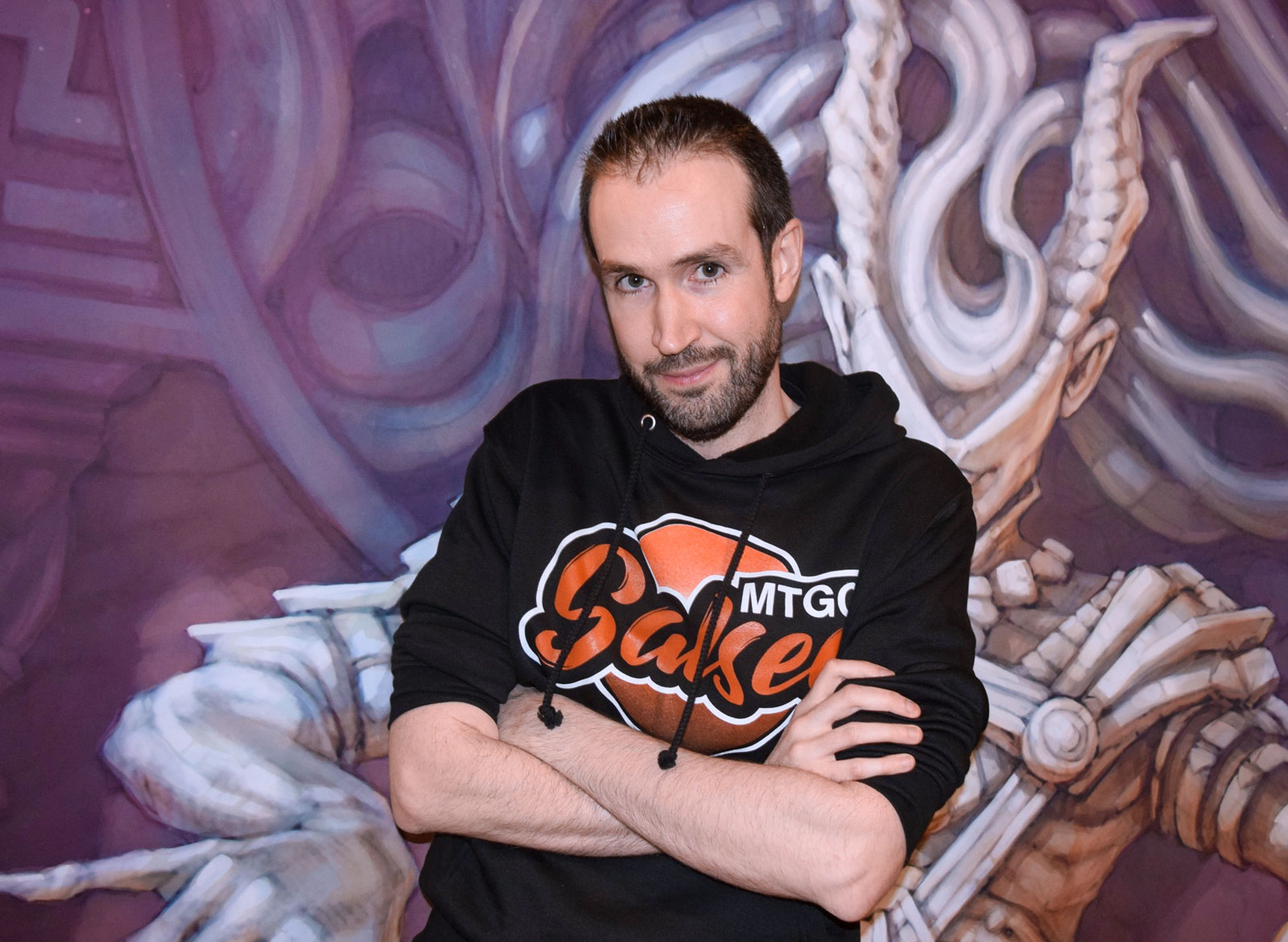 I asked him what thoughts went through his mind after he was 12-0:

It was a true rollercoaster ride of emotions between anticipation and elation, hopes and worries. But as with a literal rollercoaster ride, Juan José Rodríguez López was never in any real danger. He smoothly advanced to 13-0, at which point all the pressure fell off. He even ended up conceding his Round 14 match to Mattia Rizzi because Rizzi's deck would make for a favorable matchup in the Top 8.

A Top 8 Full of Familiar Faces 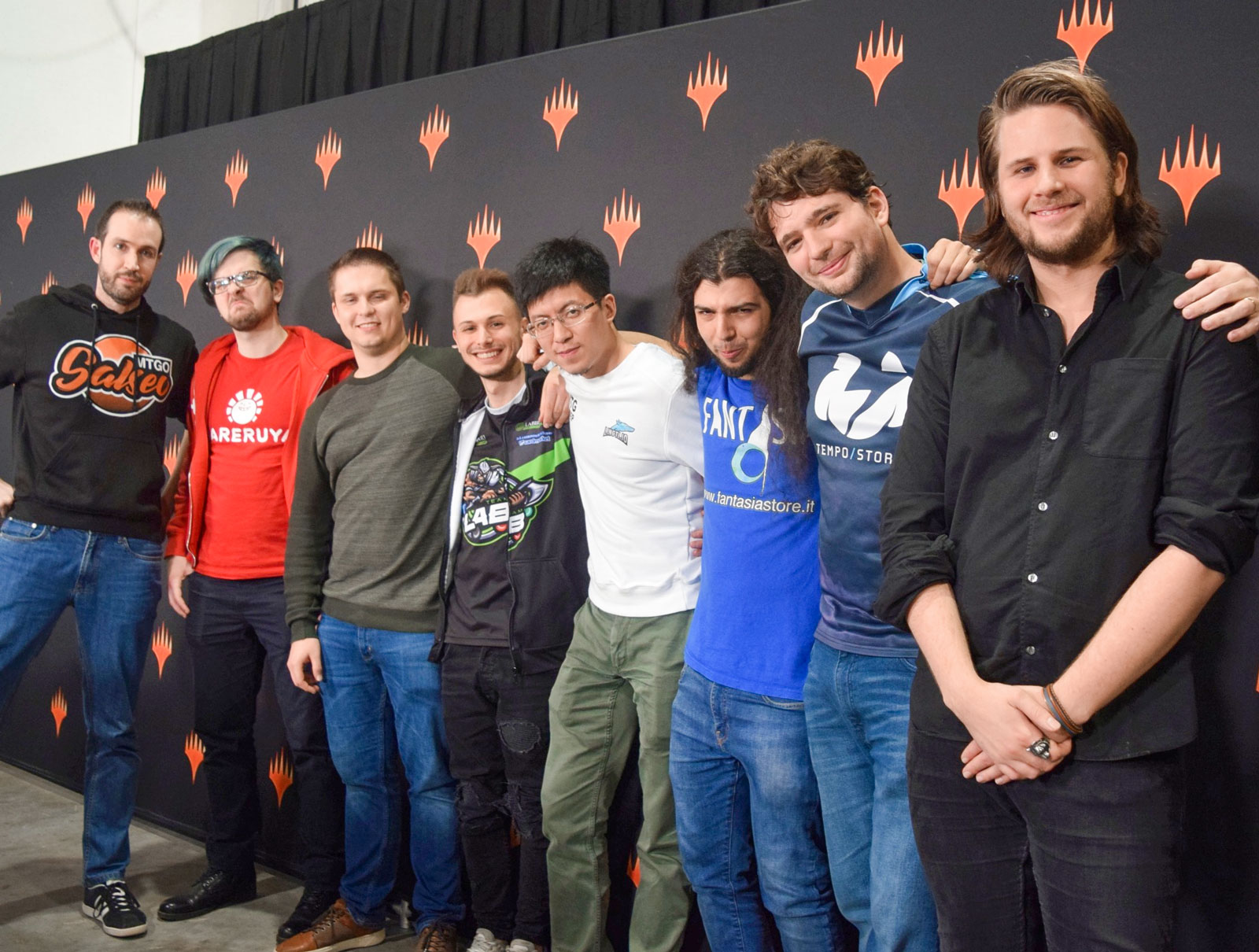 This makes: two members of the MPL en route to Worlds, three others with Top Finishes of the highest caliber to their name, and all of them with previous Pro Tour or Mythic Championship experience. If there ever had been any doubt about the level of competition and the prestige associated with a Players Tour Top 8, this group showed that the Players Tour picked up right where other systems had left off.

Tune back in tomorrow to find out which one of these luminaries claims the trophy!