Two of Grand Prix trophies, two Pro Tour Top 8s, and two appearances at the Magic World Championship—Sam Pardee's competitive career was successful by any measure. But what defined Pardee as a player were friendships forged on the battlefield with wider group of players, including the game's greats such as Mike Sigrist, Matt Nass, and reigning World Champion Paulo Vitor Damo da Rosa.

Reflecting on his Strixhaven Championship win and his first premier title, it was those friendships and the challenges of a global pandemic year separated from them that came up again and again. Even talk of his fellow Top 8 competitors brought up fond memories of the loose networks of friendships that develop around players who share common bonds of Magic and the drive to pursue it competitively. 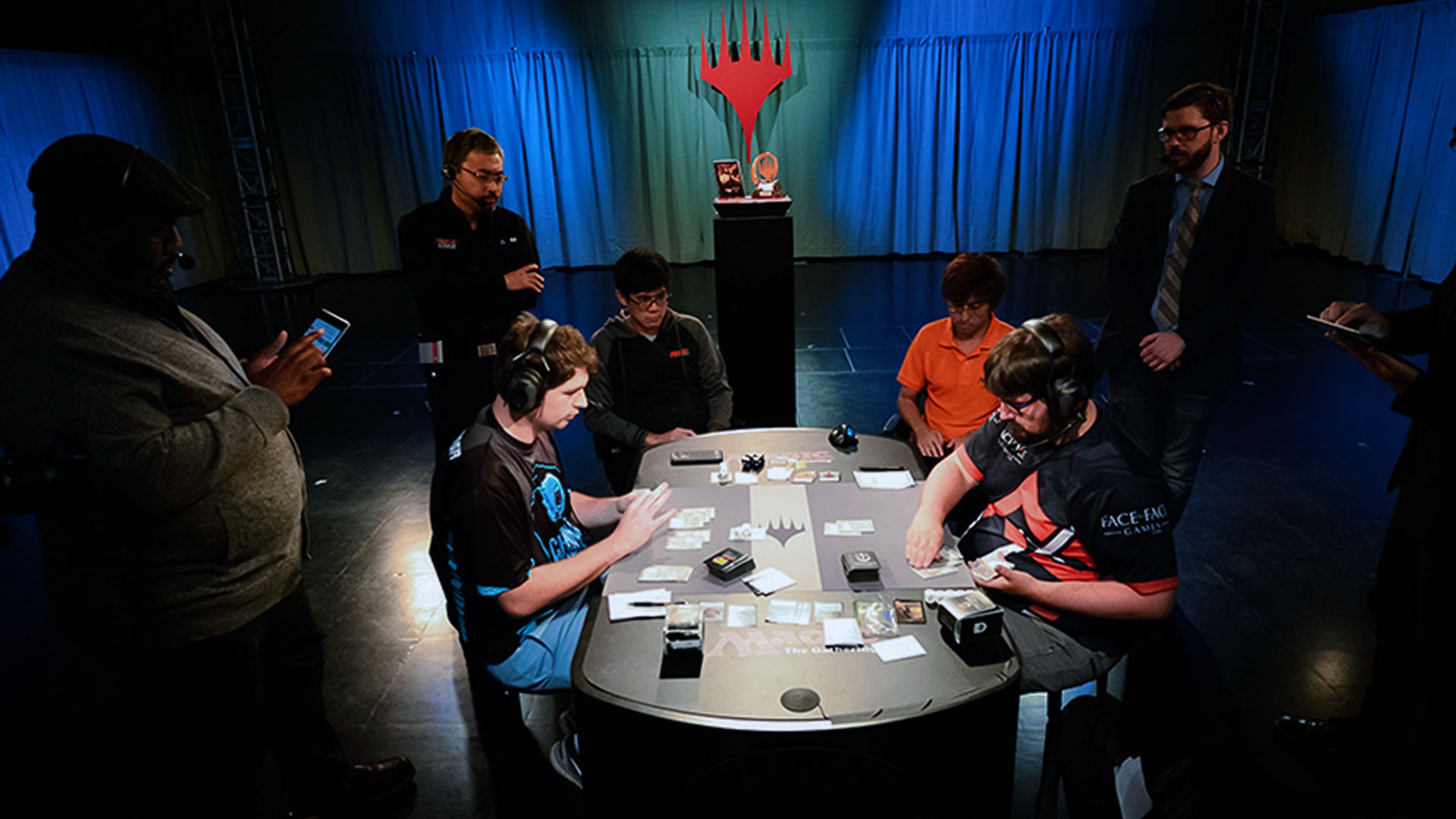 Pardee faced off against Damo da Rosa in the finals of Pro Tour Hour of Devastation.

"Logan [Nettles] was probably the person I was most happy to see [in the Strixhaven Championship Top 8]," Pardee said. "I've actually known Logan for a long time, we both played our first Pro Tour at the same time. It was Pro Tour Nagoya in 2011, and we're kind of from the same area. We both started really hot at it and were chatting with each other, and I fell off, but I think he ended up doing pretty well and requalified for the next one. We developed a little camaraderie at that, and that was nice, so it was good to see him do well as well."

"Pretty well," in Pardee's words, was an impressive finish in 13th place for Nettles. It took a little more prodding for Pardee to look back at his own accomplishments this past weekend.

"It feels good. I mean, it's interesting because I think I played pretty poorly in Game 3 of the last match, and I think it would have been a lot easier to win . . . if I had just played a little better," he said. "But also, I think I played really well over the whole weekend, so that shouldn't take anything away from it, and I think I came up with a good plan to enable myself to get lucky at the end and to have good outs to win even from a losing position. So, you know, a little good, a little room for improvement."

That final game wasn't the only mixed bag of the tournament for Pardee, who had to knock out teammate, roommate, and longtime friend Matt Nass to make it into Top 8. It was the second time for Pardee to play (and win) against Nass as it also played out that way at Players Tour Phoenix—the last premier event they both competed in—to secure a spot in the Players Tour Finals.

I feel like there’s some more room on that case @Smdster pic.twitter.com/eN2OImOOgm

"Matt and I are very, very good friends. We've lived together for the past five years, we test for every event together, play team events together, basically do everything together," Pardee said. "This was the second in a row high-stakes match for a thing we both really wanted, and so it felt bad to have to play against him, but also it was nice one of us was guaranteed to make it, and it was a fun match, it was pretty close and interesting."

The road to the Strixhaven Championship title, as well as the years preceding it, were full of near misses and good, but never quite good enough, results for Pardee.

"I actually did really well the year that the MPL was first created," Pardee said.

"I was one match win away at any of the four Mythic Championships from making Rivals League that year. I lost the last two rounds of the last Championship, so that was a little disheartening."

Pardee's 2020 season also started out well. "I felt like I had been playing well, had a string of near misses, and that if I maintained my level of play then things would go well, and . . . I guess they did," said Pardee. He finished 12-4 at Players Tour Phoenix, which qualified him for the Players Tour Finals, and he followed that up by narrowly missing the Top 8 of a Players Tour Online.

With that near miss for Rivals and the shifting pro Magic landscape in the face of the pandemic, Pardee didn't make it to another premier event until the Strixhaven Championship.

"I lost the finals of a qualifier to qualify for the Kaldheim Championship, and was pretty bummed about that for the same reason I was psyched to be qualified for this one," Pardee said. "I wanted to do all the testing stuff, and then there was a point during the [Strixhaven Championship] qualifier that I won where I thought I was 100% dead. . . . I thought there was no way I could win from here, and it was one of those things where every turn things got a little bit closer, and I eventually crawled my way in and managed to qualify."

Qualification in hand, Pardee was thrilled to return to testing for events with his teammate friends again.

"One of the things I was most excited for when I qualified for this tournament was that I would get to test with my old buddies like Siggy, Paulo, and Matt. That was really fun," Pardee said. "I really enjoyed doing that, hanging out in Discord. It would have been more fun if we'd gotten to get together but, you know, we get what we get. That was the most important part for me, was getting to hang out with my friends. We hang out sometimes outside of that, chat sometimes, but there's a certain camaraderie that comes from working and preparing for an event that's different."

The distance that the COVID-19 pandemic put onto Magic tournament preparation wasn't the only way that Pardee's relationship with the game was reshaped.

"I would say it moved me a little more towards only playing games and formats that I was into," Pardee said. "This was the first Standard that I'd played in ages because I've been vibing with Modern and Limited a little more, and it felt like I could play whatever I wanted because if nothing matters then self-direction is the only thing that matters. So I played the formats that I liked, and that was fun! I think that kept me engaged with Magic in a way where I didn't lose my skills by not playing."

Is there anything with more old man energy than when you begin to prefer Sealed to Draft?

Coming into the Strixhaven Championship, though, playing Standard was crucial. Pardee settled on Mono-Red, a deck that settled in the middle of the pack in terms of popularity. For most of the other pilots it severely underperformed, but it did help Pardee secure his Top 8 spot with a 6-2 record over the Standard rounds.

"We kind of felt like all of the good decks were kind of similar in terms of, they're all pretty good, they're all pretty well tuned," said Pardee. "I didn't really like playing Sultai very much because it's not really my style. It's a little more controlling, a little slower than I like, so I just wanted to play something aggressive, and I thought it was the best aggressive deck.

"There was a little bit of metagame concern, because I thought that Adventures would be a little less popular [at the event] than they would be in the wild, and the s are what you're really hoping to dodge," he continued. "And I did! I didn't play against a single time."

When it came to their Historic deck choice, teamwork was once again crucial as Pardee and his teammates settled on a deck early on in testing: the breakout deck of the event.

"Oh, it's completely busted," Pardee said of Jeskai Turns. "We identified that pretty quickly thanks to a person who I hadn't tested with before but who was on our team, Zachary Kiihne, who Matt and Paulo and Siggy and those guys have all been working with for a long time now. He was really great to work with and put that deck on our radar pretty early, and then we all locked onto it pretty fast and spent most of our time iterating on that and improving it."

Pardee took their team's particular expressive iteration of the turns deck and navigated a Top 8 with Hall of Famers and end bosses from both Magic Online and MTG Arena.

"I felt pretty dialed in," he said of the Top 8 matches.

It was the exact opposite of one of Pardee's other most memorable Magic tournaments. Pardee played in the 2017 Magic World Championship in Boston. That year, there was no cutoff between Day One and Day Two. No matter your record, you could keep playing.

It also meant he could keep losing to the best in the world. While Magic hasn't used an ELO ratings system for players and event qualifications in many years, it's the kind of anecdotal data point a few in the competitive community continue to track and estimate on their own. Because it leads to stories like one Pardee loves to tell about that World Championship.

"It gave me 'the record' for the most ELO lost in a single event," he said. "Normally they make you stop; you don't get to play once you go 1-6 on Day One at an event. I was stuck in. I played for the whole time on both days." At the time, winning a match at the World Championship awarded one Pro Point, but it started only after the third win. Pardee ended the event having won just two matches. "So I wanted them to give me a '-1' Pro Point. I requested it," Pardee joked, "but [Wizards] wouldn't do it."

It's a story he's happy to tell, because "I feel kind of lucky, in some ways, that that was me, because I think it didn't bother me as much as a lot of people thought it would. It sucks to lose, and I wanted to win Worlds, but I understood that I could lose when I started playing it. It's a record that's going to be really hard to beat because they don't let you do it very often, and you have to have been doing well to get that high ELO to lose a bunch to begin with, so it's tough to beat in both ways."

Pardee's win at the Strixhaven Championship could lead to another shot at playing in a Magic World Championship, but his eyes are on the postseason Gauntlet that lies between him and that goal.

"The thing I'm most excited for right now is the Challenger Gauntlet that I get to play. I would really like to qualify for the World Championship through that, and I think that tournament itself is going to be awesome," he said. "I've watched all three of these events, and seeing the people who qualify—it's a lot of players I recognize from the pre-MPL days who are really good, so I'm looking forward to competing in that."

Like his journey to the Strixhaven Championship, and throughout tournament preparation, Pardee's goals for the future come back to the players that are still there for each other, whether it's saying "Hi!" in a convention hall, testing together ahead of a tournament, or taking a moment to catch up through Discord. 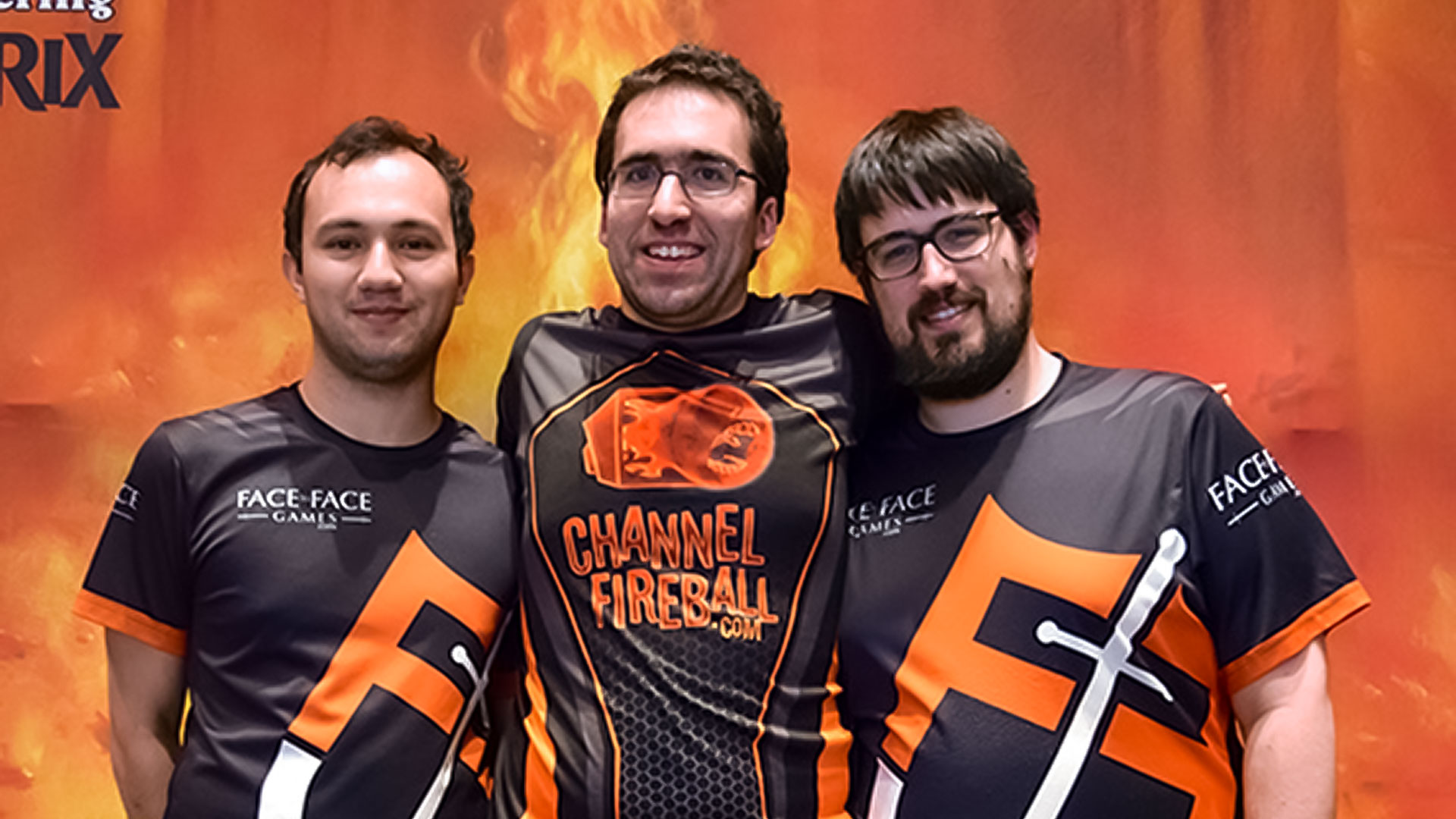 "Getting to test with my old friends and getting to hang out again for the first time in a while, that was the big thing for me."