At the western Championship, players competed in fourteen rounds of Pioneer before cutting to the Top 8, where Joseph Karani, piloting Rakdos Midrange, emerged victorious.

Surrounded by friends, a very emotional Joseph Karani from Winnipeg Manitoba takes down the F2F Tour Championship in Calgary. He will be representing Canada at the MTG World Championships. Congratulations! #F2FYYC pic.twitter.com/cB67B10P3B

Karani earned invites to both Pro Tour I in Philadelphia, as well as the World Championship. Congratulations to Joseph Karani, Canada’s second Regional Champion! 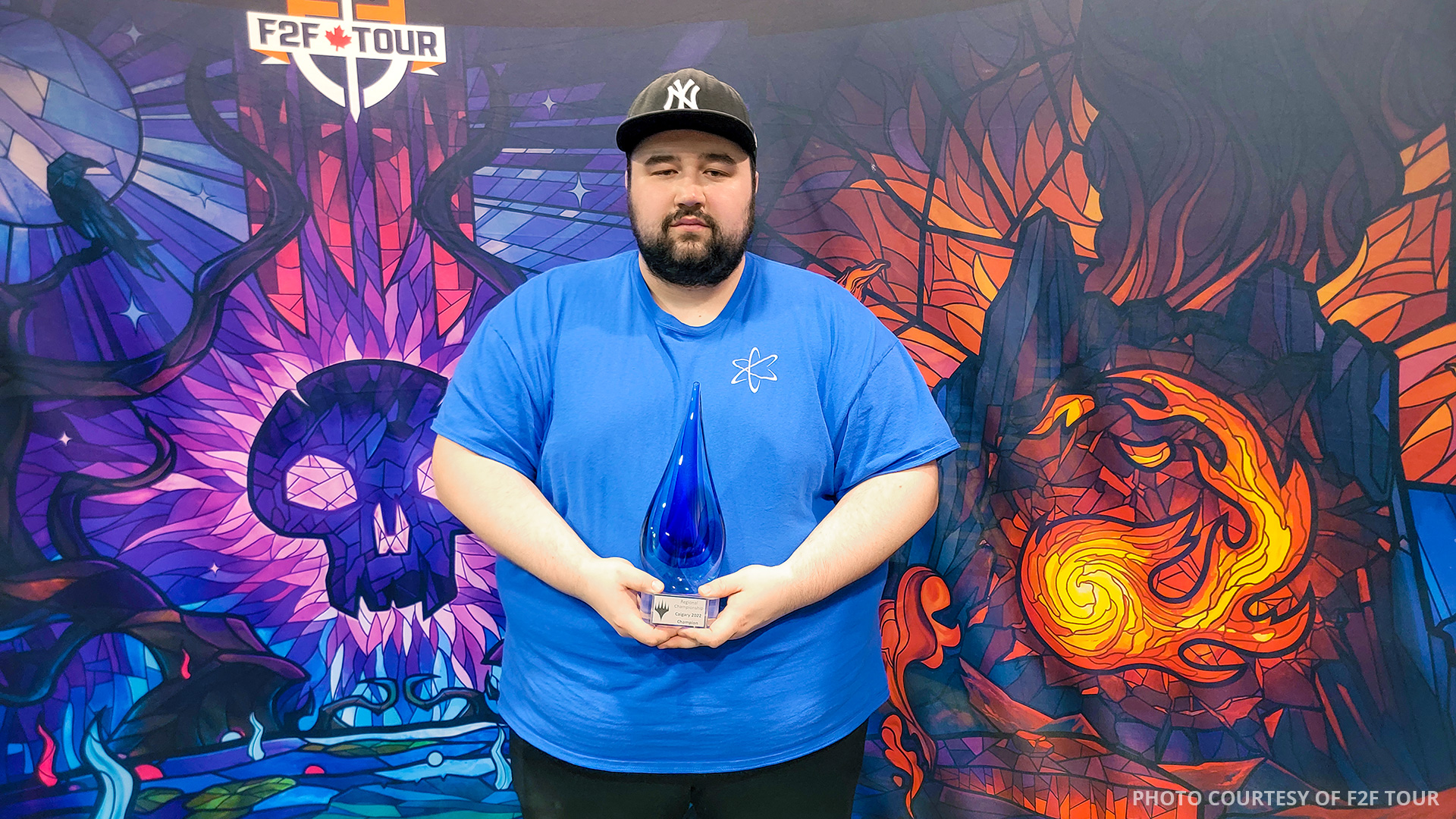 Karani, who hails from wintery Winnipeg, defeated Michael Knie on Abzan Greasefang in the finals. It was yet another successful showing for Rakdos Midrange, which has toppled Mono-Green Devotion and other challengers like Mono-White Humans as the most popular deck as the first cycle of Regional Championships has progressed. 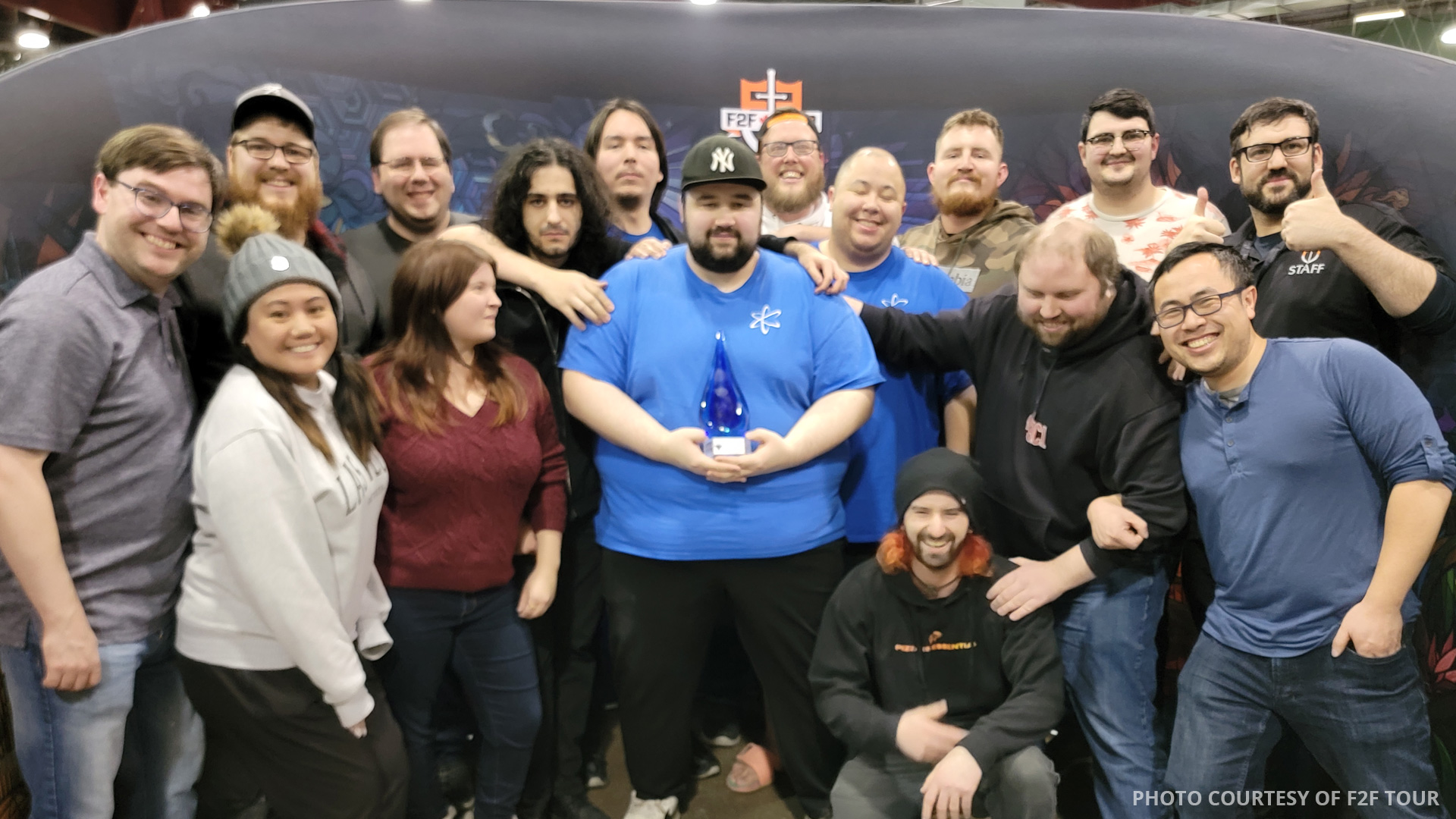 Shaking Up the Top 8

The biggest surprise, though, was Scott Polsky’s Golgari Elves, which he played to a Top 4 finish. 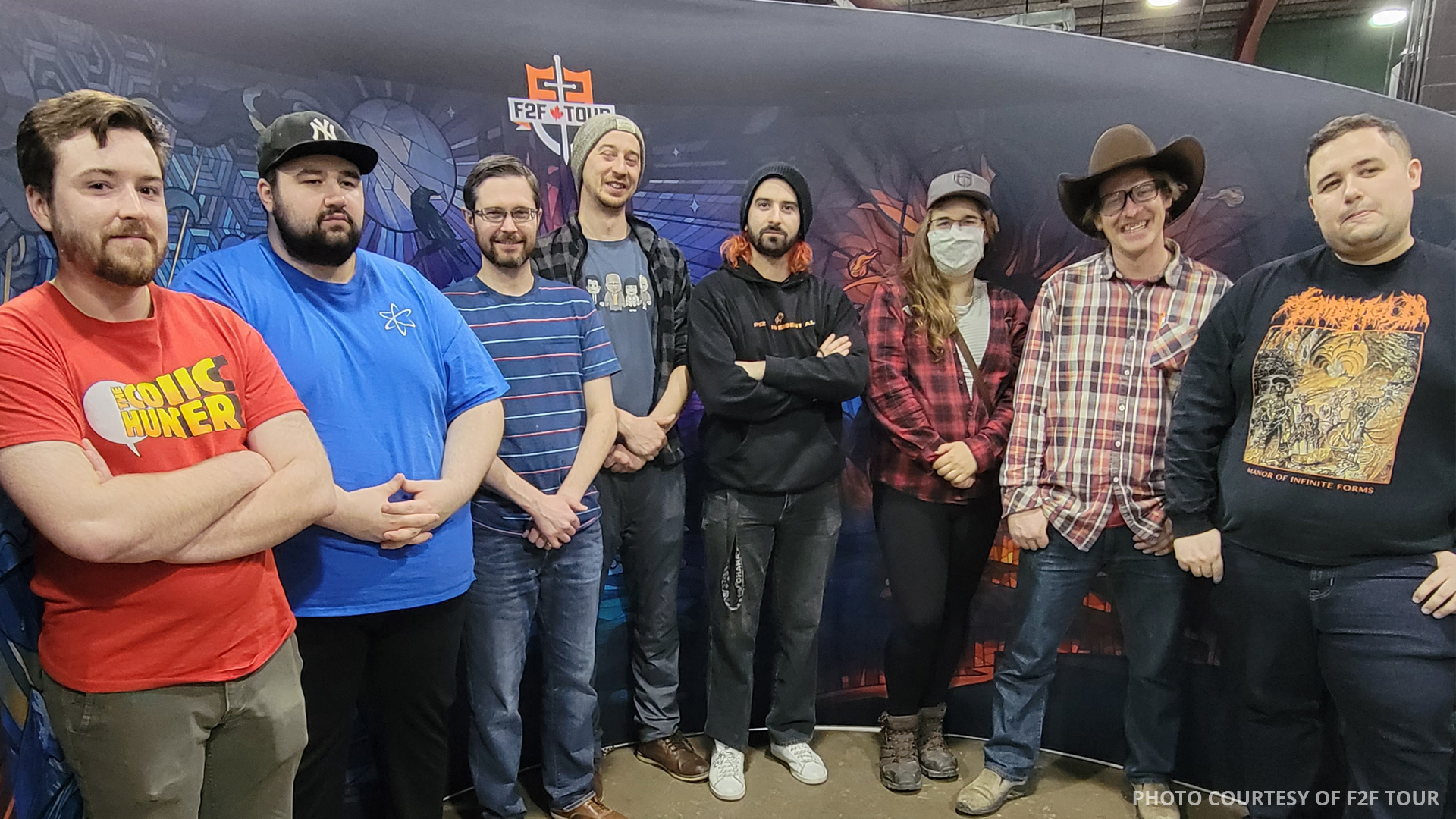 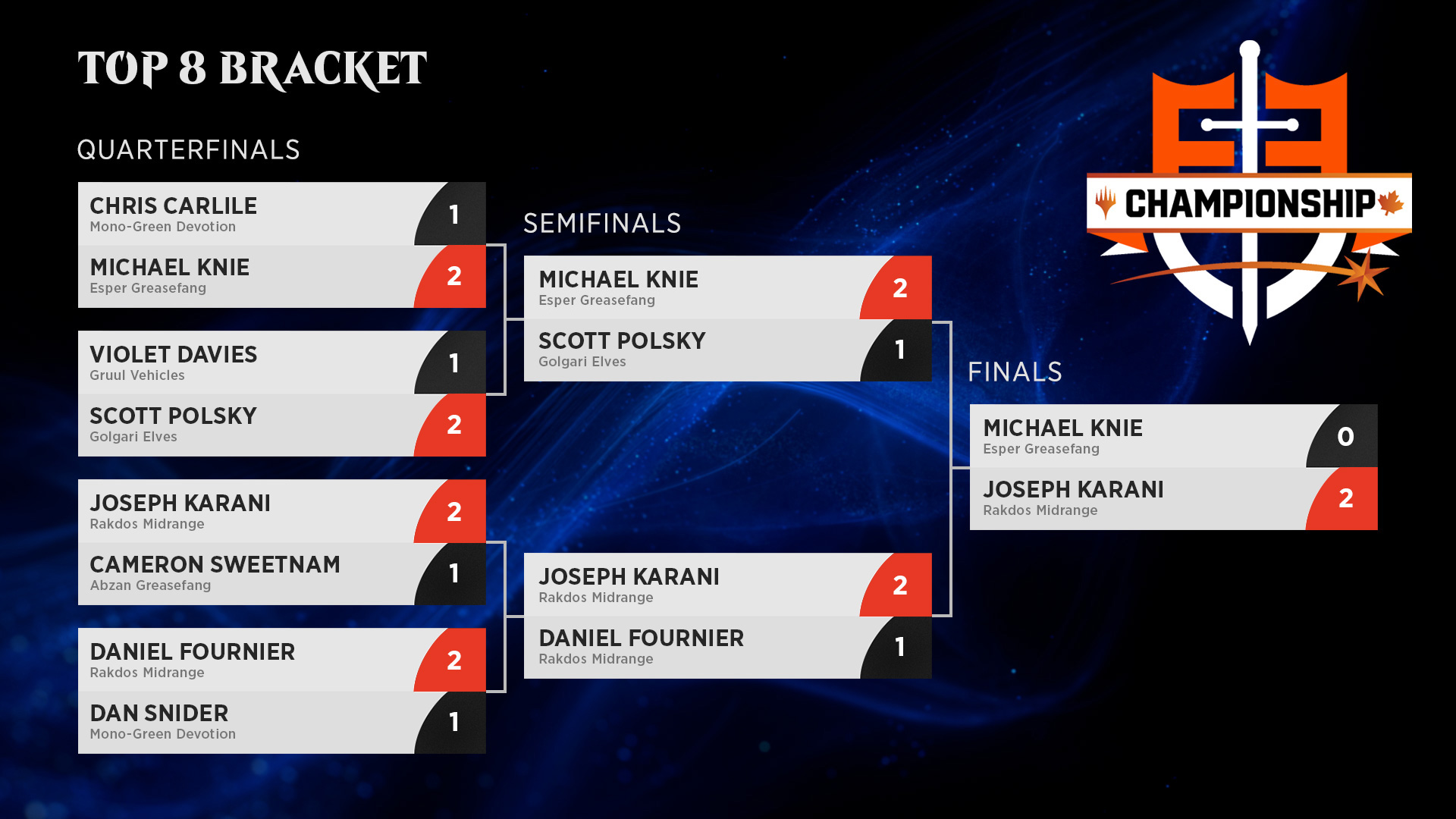 The Top 8 players from the F2F Tour Championship earned qualifications to Pro Tour I at MagicCon Philadelphia in February 2023. Congratulations, and we look forward to following your competitive journeys next year!

And while the Top 8 reflected some decks finally breaking through into Pioneer success this cycle, the metagame continues to reflect Rakdos Midrange’s rise to the top. The breadth of decks in the Top 8, however, confirms that the Pioneer format still has plenty of room for surprises and niche strategies. 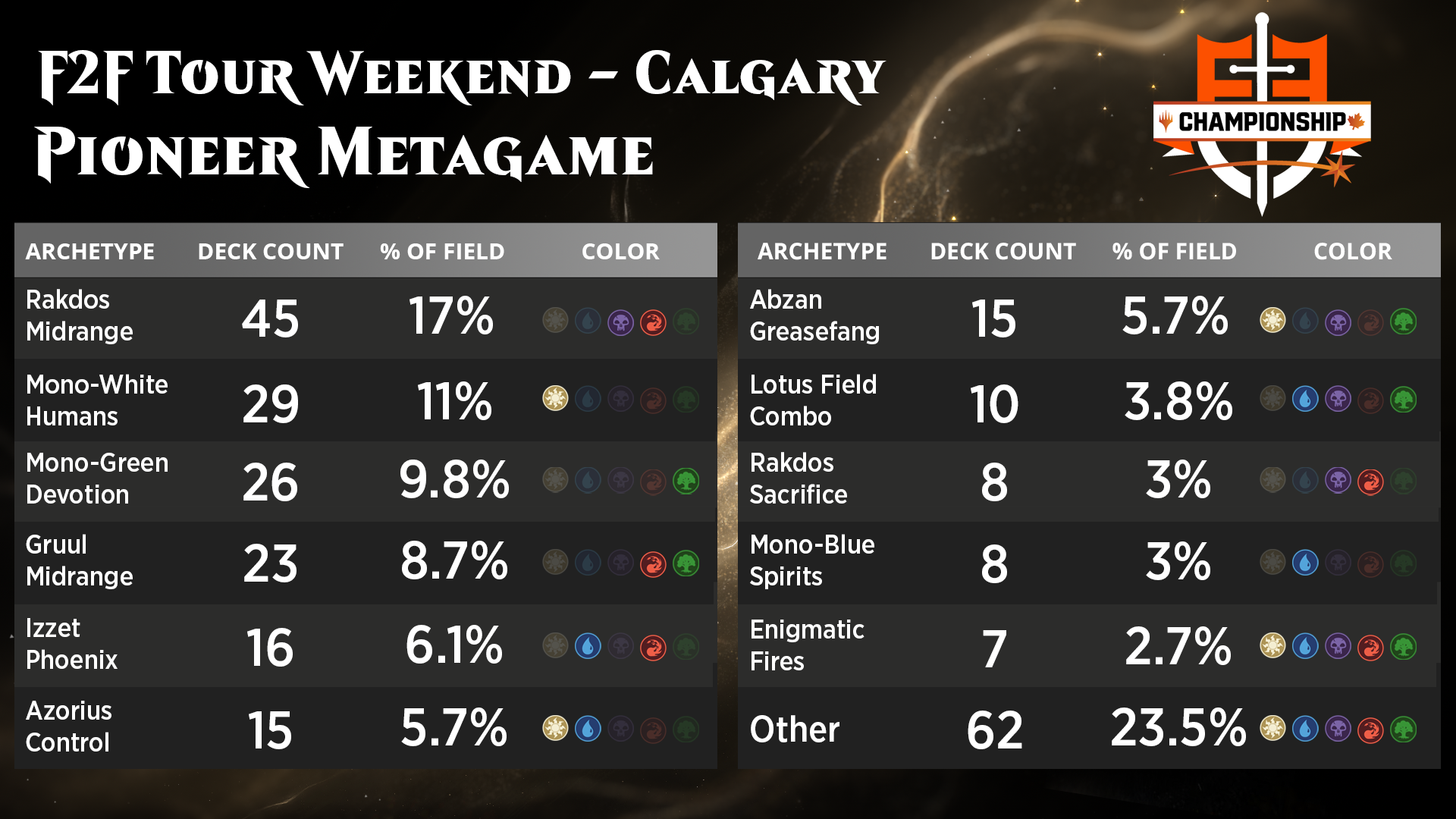 A Great Weekend in Western Canada

Only one Regional Championship remains, and this first cycle of events has shown the joy of getting back to in-person events and competition. We can't wait to see the qualifiers at Pro Tour I in Philadelphia next February, and at the World Championship in Las Vegas next year.

Many players made arduous 13hr journey from Winnipeg Manitoba to Calgary Alberta for the F2F Tour Weekend. Winning the championship is a great achievement for their whole community. #F2FYYC #MTGCommunity #Winnipeg pic.twitter.com/sqDQW3tZjG

F2F Tour Champions Quarter Finals: Battle of the Dans. Only one Dan can move on. Who will it be? Will a Dan represent Canada at the world Championships? @PlayMTG #F2FYYC pic.twitter.com/BE1Ef07iiu

Whether you're into Mystery Booter 2HG or grinding legacy U/R delver mirrors, we have events for every MTG enthusiast. #F2FYYC pic.twitter.com/2oFdm4T5Di

See the final standings from the event here.