Last Saturday, 113 players from Mexico, Central America, and the Caribbean gathered in Mexico City for The Gathering Showdown Series, the area’s Regional Championship and the culmination of months of qualifying events. After seven rounds of Swiss play and a Top 8 featuring some of the most interesting decks yet, it was Brandon Ortiz piloting Keruga Fires who emerged victorious.

Congratulations to Brandon Ortiz, winner of The Gathering Showdown Series! 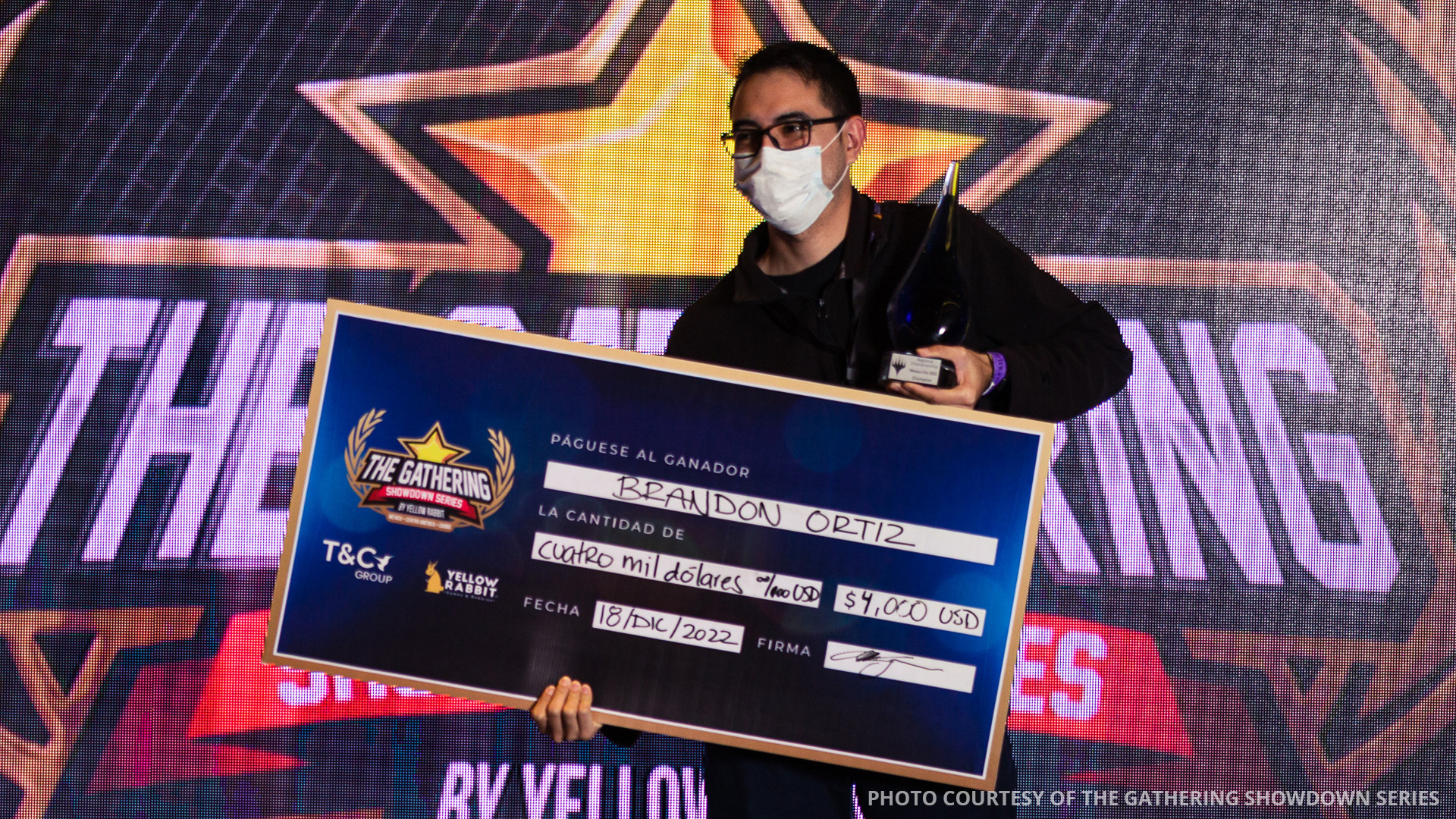 Ortiz defeated Alonso Mijares on Enigmatic Fires in the Finals. It made for an exciting weekend for Fires of Invention, which, while present in the metagame, had yet to take down a Regional Championship–or even put a substantial number of copies into a Top 8. In addition to earning an invite to Pro Tour Phyrexia: All Will Be One at MagicCon: Philadelphia in February, Ortiz also earned a seat at next year’s Magic World Championship XXIX. 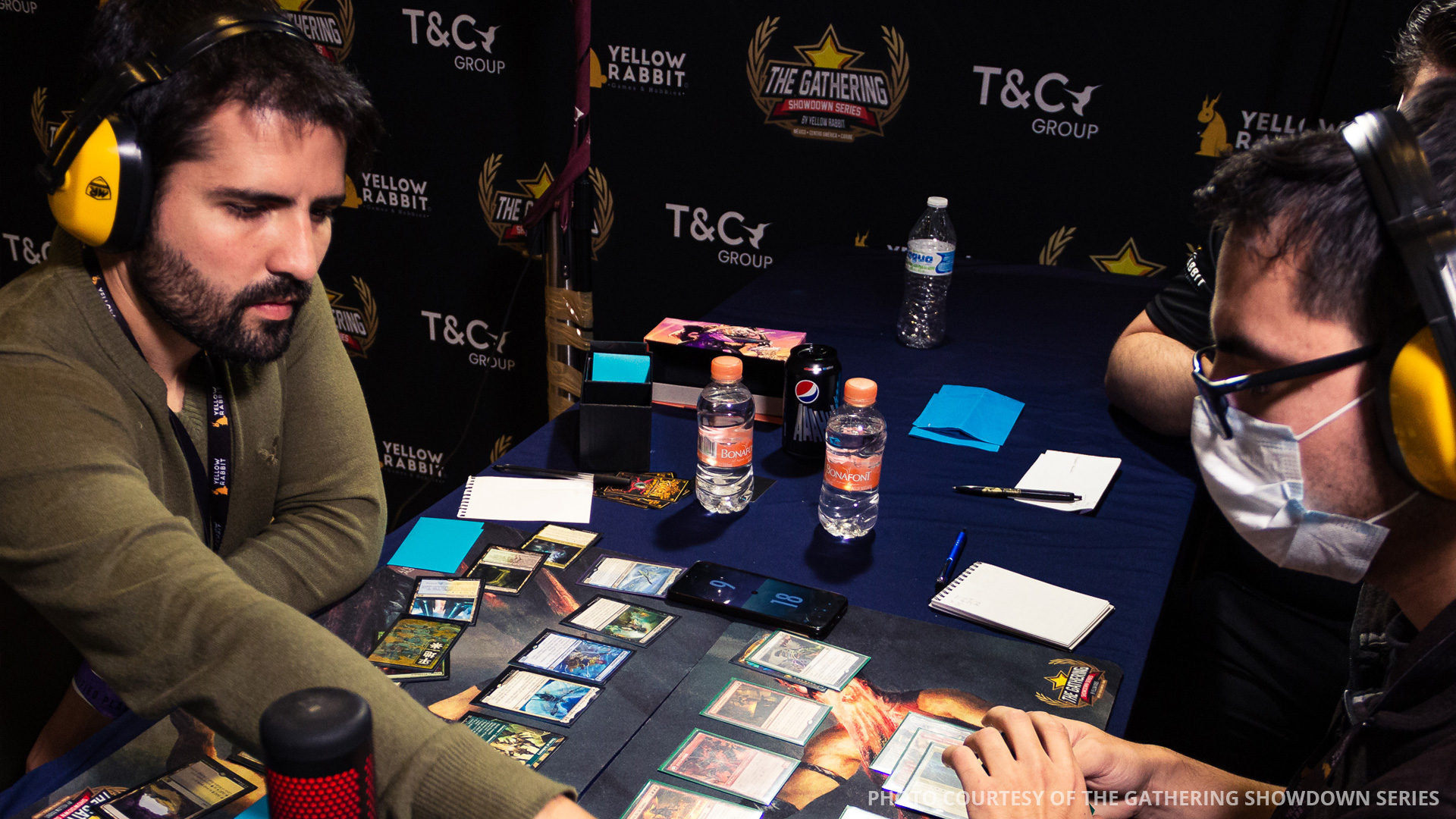 Alonso Mijares and Brandon Ortiz play in the finals 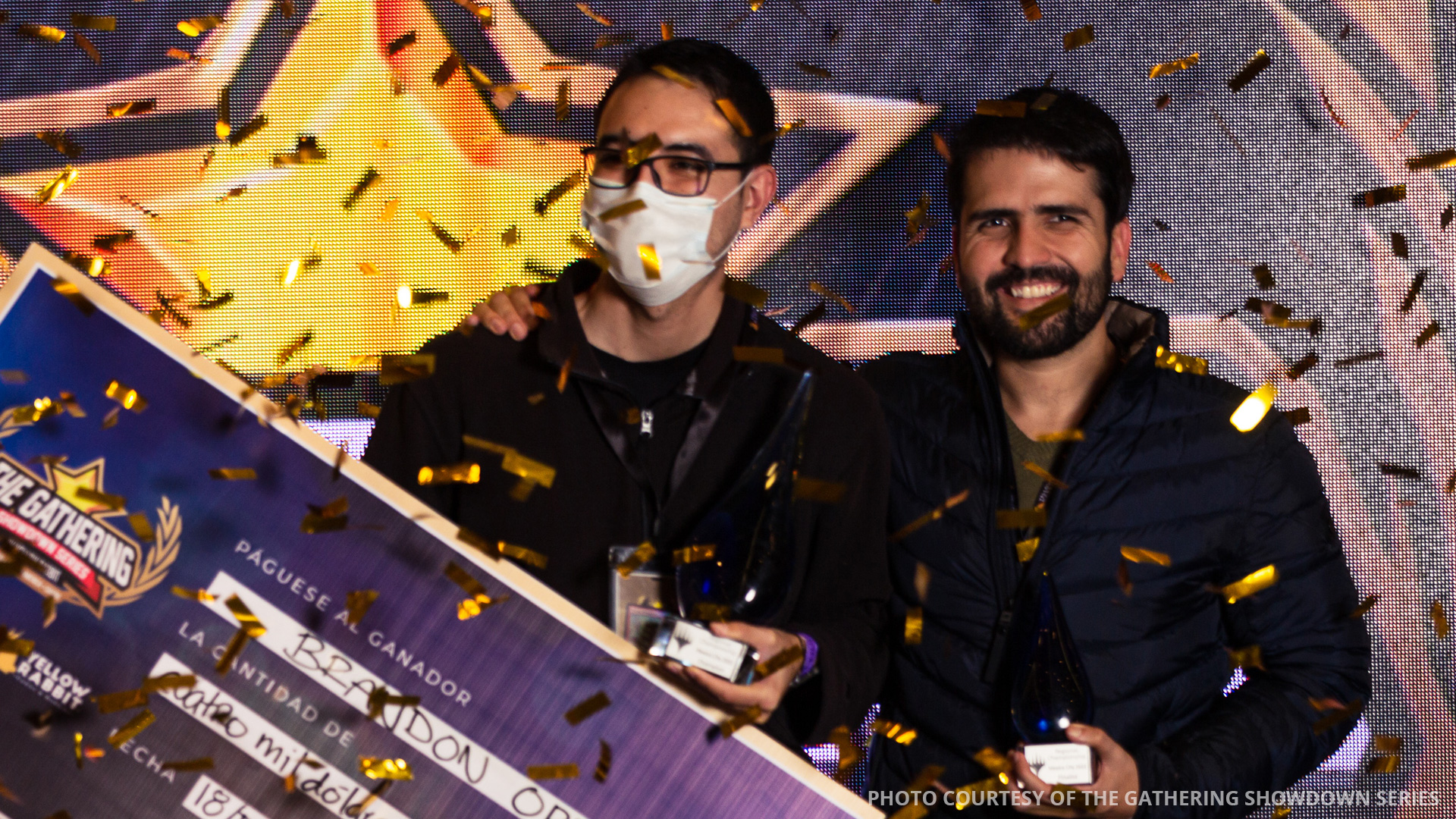 A TOP 8 OF SURPRISES

Despite the rise of Rakdos Midrange at previous Regional Championships–and the fact that it once again had the largest individual share of the metagame–it put only a single copy into the Top 8.

Ahead of Top 8 play Mono-White Humans was the metagame winner of the weekend, with two copies in the Top 8. Ultimately though, the Fires of Invention decks that had struggled to take down any previous Regional Championships showed that the Pioneer metagame is still evolving. 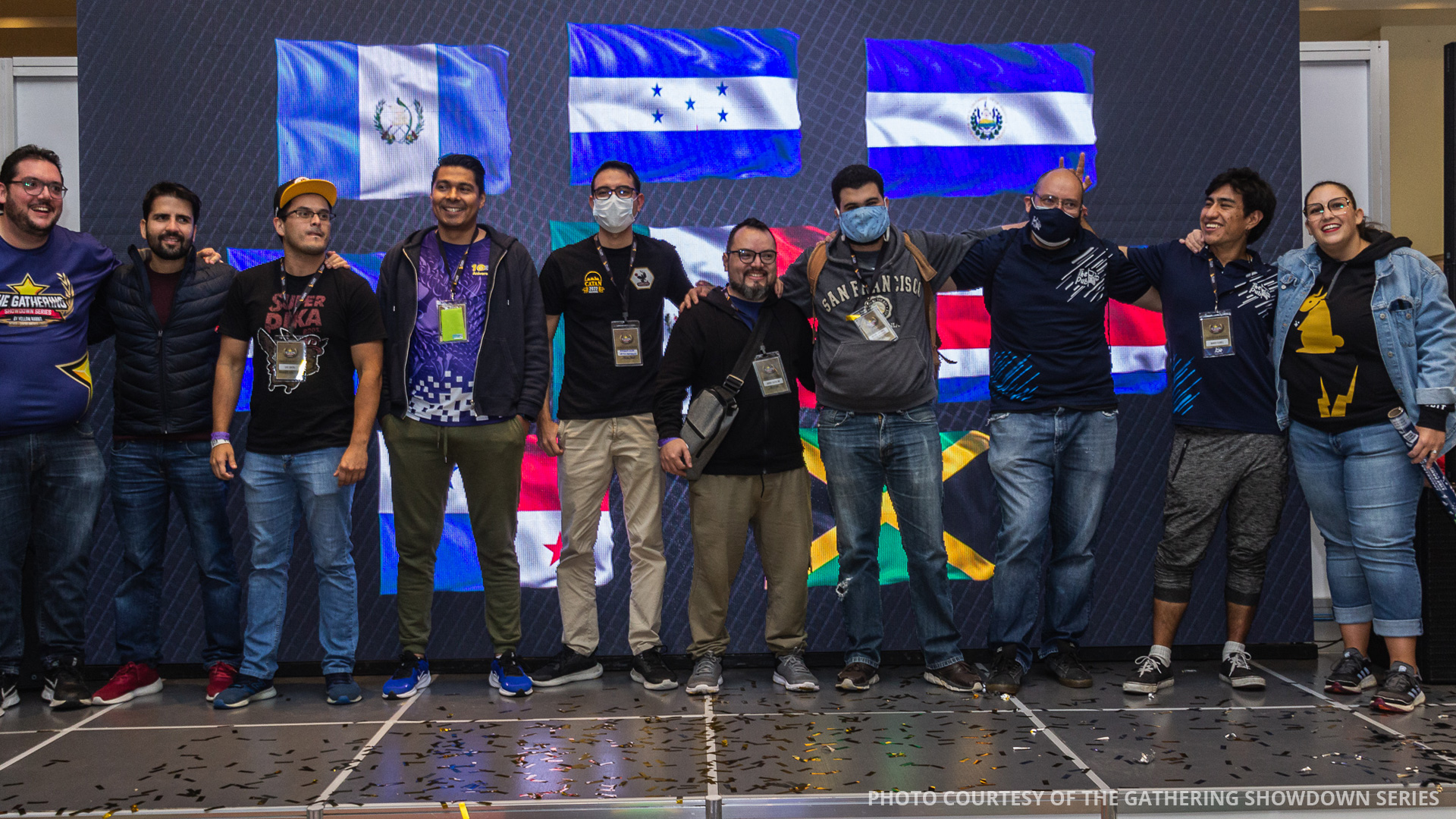 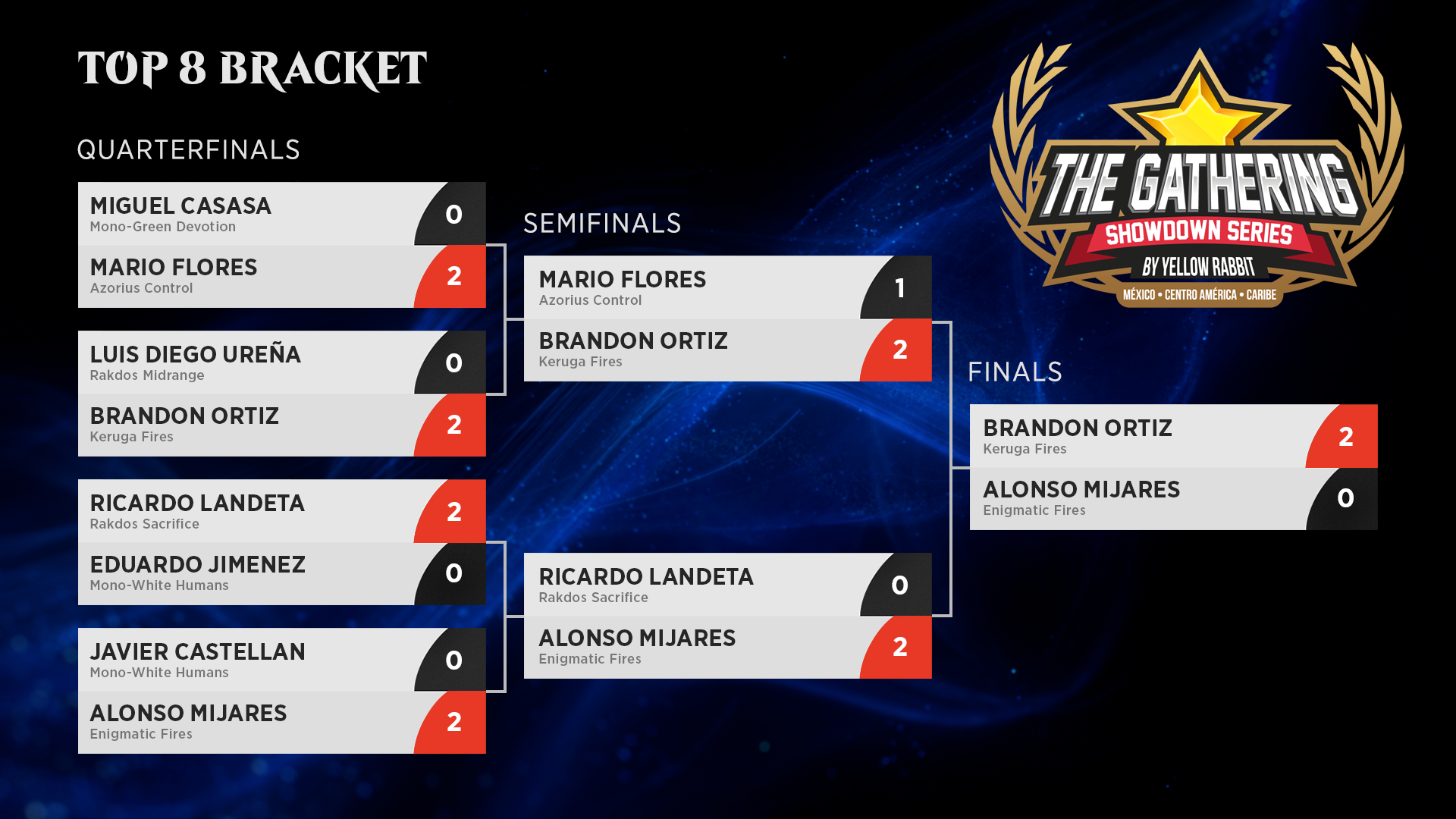 FORWARD TO THE PRO TOUR

Ortiz and Mijares both earned invitations to the first Pro Tour next year in February 2023. As the second to last weekend of the first cycle of Regional Championships, with only China’s remaining, Ortiz and Mijares are among the final players to join the growing Pro Tour field.

The past six weeks of Regional Championships have given players around the world an opportunity to get back to in-person Magic, and this first cycle soon culminates in the first Pro Tour of the new season at MagicCon: Philadelphia. The Gathering Showdown Series was yet another culmination of great play at the local and regional level, and we can’t wait to see players at the Pro Tour and Magic World Championship.