Mythic Championship III has been a long time in the making. Since the launch of Arena, which made it all possible. Since the start of the Magic Pro League, where four members won their division to set themselves up for this tournament. Since play began Friday morning with 64 competitors, all vying to be one of the 12 who would emerge to join the division winners for the Top 16.

It ended with one of the best finals pairings possible, an incredible champion and one of the most memorable finals matches ever played.

Leveratto Is Your Mythic Champion

You couldn't draw it up any better than this. In a field that included the most talented players in the world – in the history of the game – it was the unknown Argentinian not playing competitive Magic until MTG Arena released who shocked the world, defeating Brad Nelson in the final possible game that could be played in the tournament to win Mythic Championship III. The perfect underdog story capped by a storybook ending. 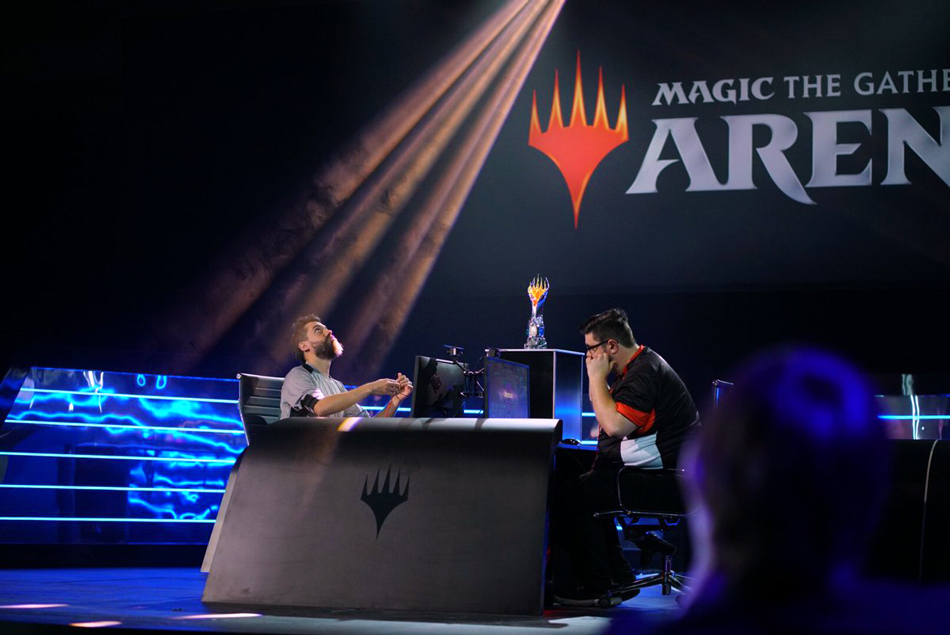 When Mattias Leveratto won, he was immediately mobbed by fellow countryman Luis Salvatto, who knows a thing or two about winning big matches. The reigning Player of the Year grew up in Magic losing to Leveratto in regional tournaments, and on Sunday he got the chance to watch his old friend win the biggest match of his life.

It's been an incredible journey for Leveratto, from watching from afar when Salvatto won the Player of the Year title last season – and asking himself why not me? – to qualifying for both Mythic Championship III and IV in Barcelona later this year on back-to-back weekend, in paper and on online.

There are many great stories going on at #MythicChampionshipIII, but I want to tell you one in particular—about Argentine Matias Leveratto, who just qualified for the Top 16. 1/ pic.twitter.com/am7AEl2bJ6


All of that, and now a Mythic Championship.

"I sincerely never expected anything like this," Leveratto marveled moments after winning the $100,000 first-place prize and cementing his spot at the Mythic Championship the rest of the season. "Every single day has just kept getting better."

There are plenty more good day ahead. The title in hand, the world is full of new possibilities for Leveratto. He's in school studying psychology, and with a slate of Magic tournaments ahead he's seriously considering pursuing the game full-time while finishing school.

One more thing. That stoicism you saw on stage while he was knocking off Hall of Famers, Players of the Year and the legendary Kai Budde?

"I was too nervous on stage to even get excited," he admitted with a laugh. "I may have looked calm, but I wasn't at all.

me: *literally headbutting Matias* can we get some emotion??? 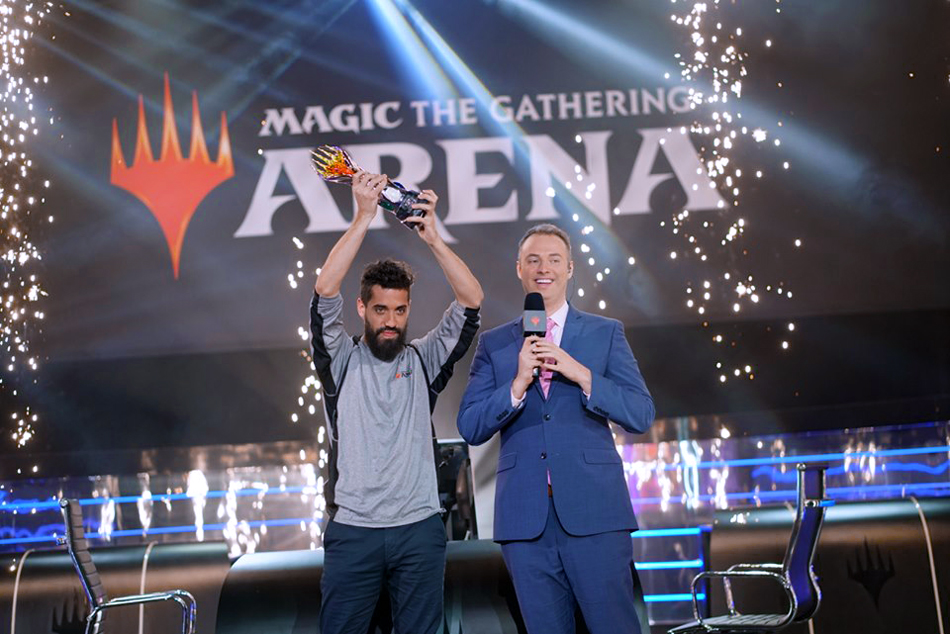 The first Mythic Championship on MTG Arena could not have ended in more dramatic fashion. Facing off against the upstart Leveratto was Brad Nelson, the consummate professional and renowned master of Standard, the MPL's Emerald Division undefeated champion and 2010 Player of the Year. Who, by the way, beat Budde twice to advance to the grand finals.

Nelson entered as the favorite in the matchup – his planeswalkers and countermagic were extremely effective against Leveratto's Simic Nexus of Fate deck – but because Nelson was coming from the lower bracket he would have to beat Leveratto in two straight best-of-threes to win the double-elimination bracket.

The GRAND Finals of #MythicChampionshipIII is LIVE!


The MPL player and host of the Bash Bros podcast took the first two games in lightning-quick fashion, setting up a final match for all the marbles. And after Nelson won his third straight game and looked to be a turn away from victory in the second game, history happened.

It was one of the best moments in Mythic Championship history, evoking memories of Craig Jones' famous topdecked Lightning Helix and Hall of Famer Randy Buehler's classic call on the broadcast.

Add another moment to that pantheon, courtesy of Marshall Sutcliffe and Paul Cheon in the booth.

That moment when you topdeck the Nexus of Fate at the last possible minute #MythicChampionshipIII pic.twitter.com/Ruu6Ikoo2T

The German Juggernaut is a living legend in Magic. It's been a decade since Budde last played on the Sunday stage, but he put together an incredible run this weekend as a new generation of Magic players were introduced to one of the greatest of all time. 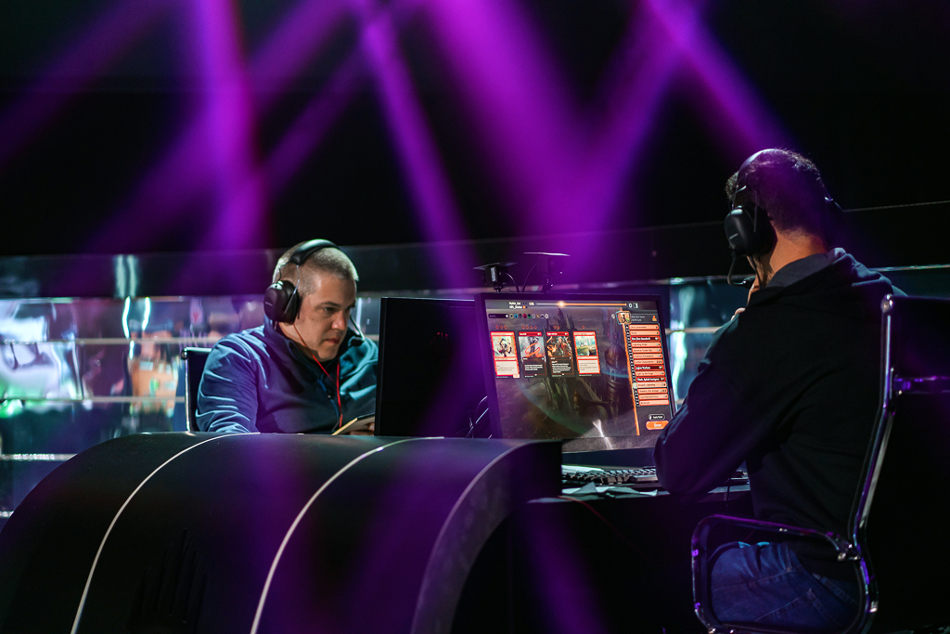 It began on Friday, when he took down an exciting final match to make Day 2, the textbook meeting of Magic's past and Magic's future, all in one GOAT package.

From there, Budde joined his testing partners Brad Nelson and Brian Braun-Duin in Day 2, all piloting the Esper Hero deck that BBD had been perfecting over the past month. It carried both Nelson and Budde in to the Top 4, where they squared off in a mirror match.

Nelson was the last to beat the seven-time Mythic Champion on a Sunday, at Pro Tour Amsterdam in 2010. And we had not one, but two rematches between them here in Las Vegas.

And Nelson, it seems, is Kai kryptonite. Through a pair of incredible Top 4 matches, Nelson took down the legend to advance to the finals. Still, it was a historic statement that Budde made this weekend, and the game of Magic is better when he is involved.

Next up is a trip to Modern, at Mythic Championship IV in Barcelona, Spain next month, and then Mythic Championship V on Arena. In attendance will be the four top-placing challengers from this weekend: Leveratto, Budde, Raphael Levy and Greg Orange.

We'll see you then! 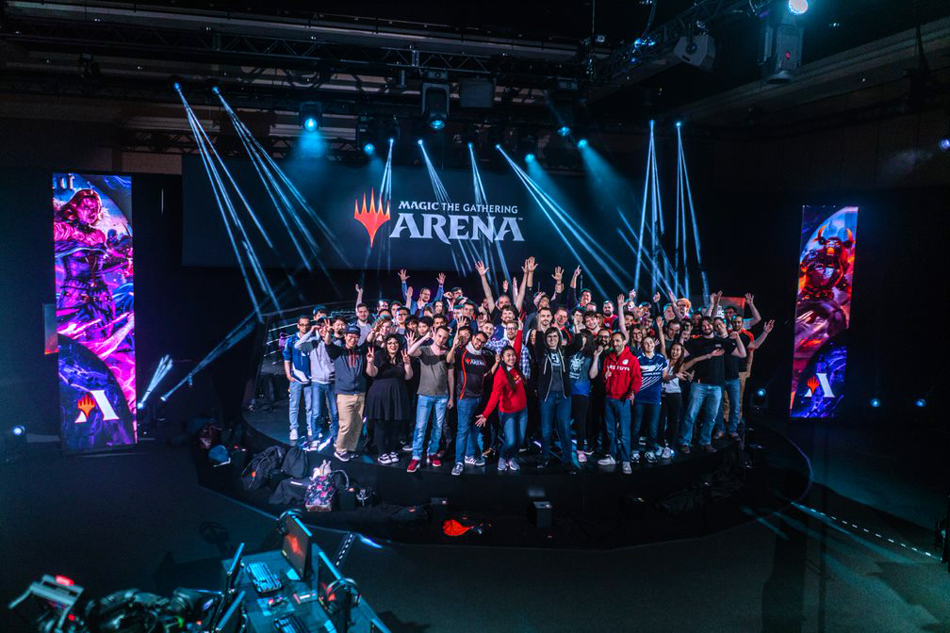