Where is the event?

Mandalay Bay Convention Center
3950 S Las Vegas Boulevard
Las Vegas, NV 89119
Mythic Championship III will be filmed on a closed set and is not open to the public.

The tournament is made up of 32 members of the MPL and 36 Challengers. MPL Spark Split Division winners Brad Nelson, Rei Sato, Brian Braun-Duin, and Ken Yukuhiro earned automatic advancement to Day Two.

Who are the casters? 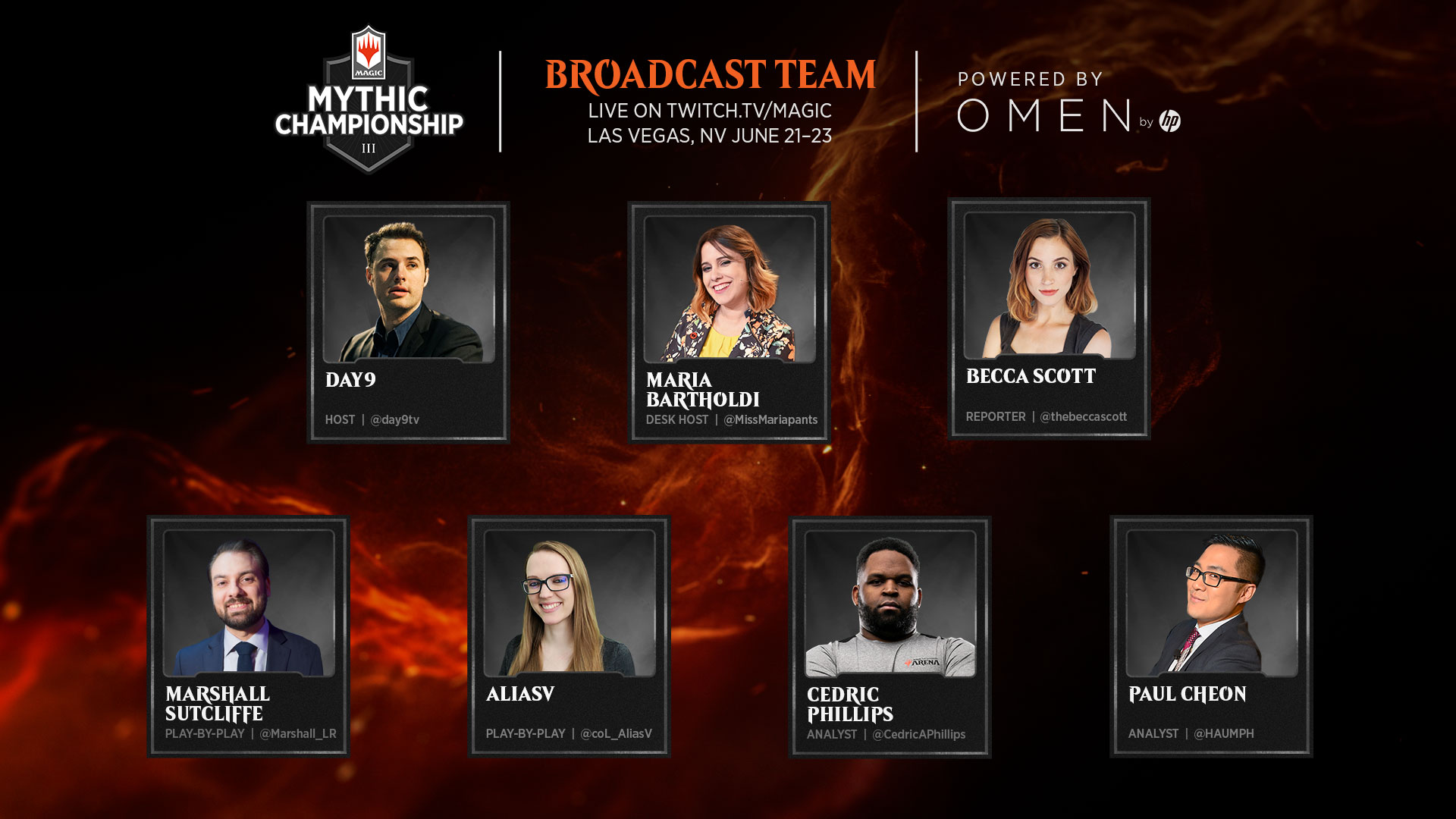 What is the format?

Traditional Best of Three Standard Constructed across all three days.

Day One – Modified Swiss
Players battle it out in up to eight rounds on Magic: The Gathering Arena. Players who earn six wins will automatically advance to Day Two. Players who lose four matches are eliminated.

Day Two – Top 16 Double-Elimination
The Top 12 from Day One join the four Magic Pro League divisional champions from the Spark Split in a 16-person, double-elimination showdown. Only four players will move on to Sunday.

Day Three – Top 4 Double-Elimination
Four players compete in a true double-elimination tournament. In the Grand Finals, the winners from the Upper Bracket and Lower Bracket will face off. The player in the Lower Bracket must win two matches to win the tournament.

When will decklists be published?

This is all cool, but how does the money break down?

Yep! And players get some in this event! Here is how they are given out:

For match by match updates, be sure to check out the Magic Esports site regularly and follow @MagicEsports on Twitter and Wizards_Magic on Instagram. To stay in touch on social media, use the hashtag #MythicChampionshipIII. And, of course, we will be streaming all the sweet action on twitch.tv/magic.

Following Twitch's Content Sharing Guidelines, you can co-stream Mythic Championship III from twitch.tv/magic using OBS or XSplit. This allows anyone on Twitch to be able to cover the event in their voice and with their community. To be clear, co-streamed content is not endorsed by Wizards. And we expect anyone who participates in co-streaming to follow Wizards' Fan Content Policy.