For match-by-match updates, be sure to check the Magic Esports site regularly and follow @MagicEsports on Twitter and Wizards_Magic on Instagram. To stay in touch on social media, use the hashtag #MythicChampionshipVII. And, of course, we will be streaming the action all three days on twitch.tv/magic.

We'll post all 68 decks on December 4 (at 3 PM PST) with a complete analysis of the metagame coming from Magic Hall of Fame pro Frank Karsten. 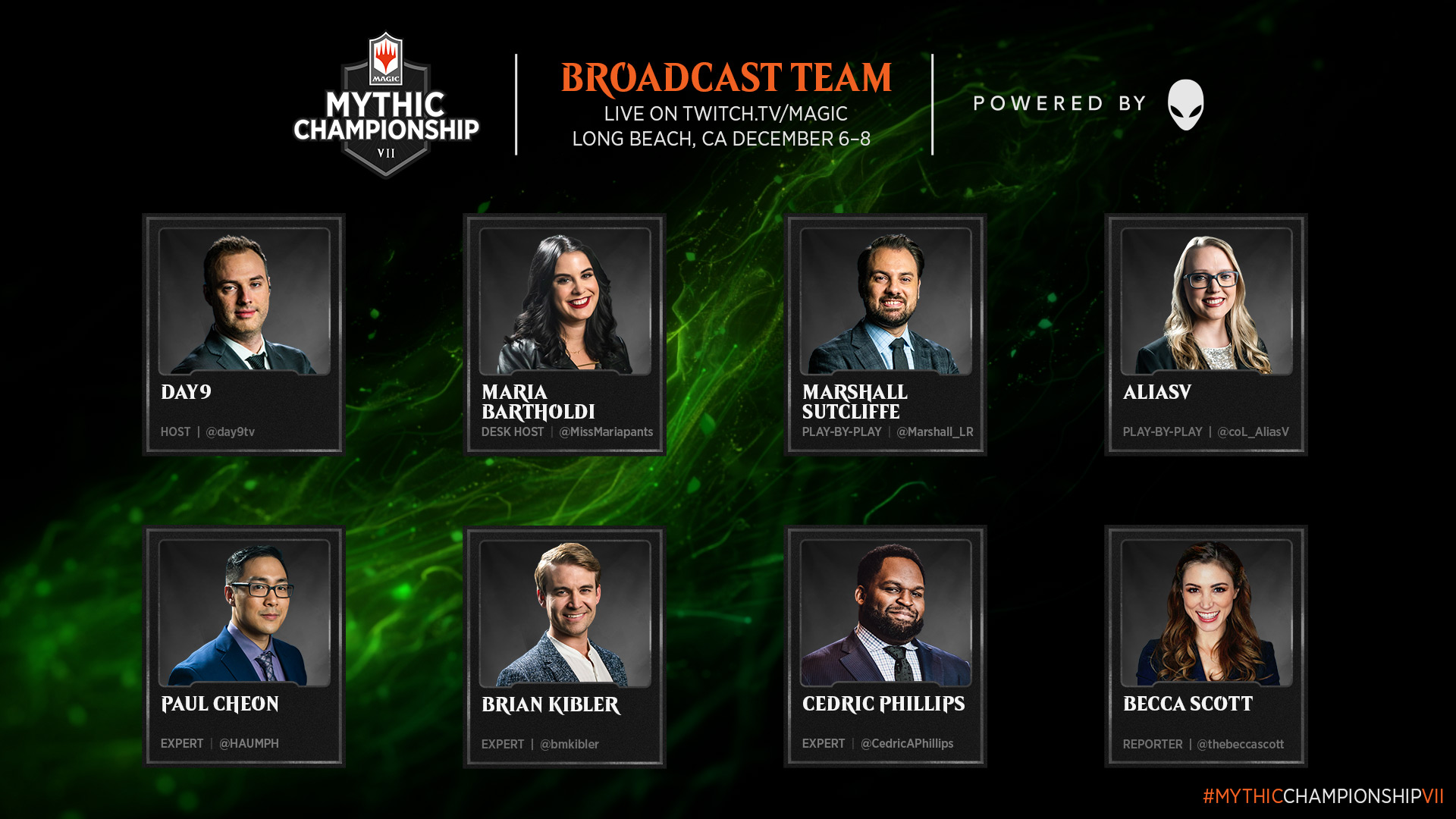 The tournament is made up of 32 members of the MPL and 35 Challengers. MPL Eldraine Split division winners Marcio Carvalho, Piotr Głogowski, William Jensen, and Shota Yasooka earned automatic advancement to Day Two.

Learn more about each of the Challengers competing in Mythic Championship VII and find your favorite to follow throughout the tournament.

What is the Format?

The Top 24 from Day One join the four Magic Pro League division champions from the Eldraine Split in a seven-round Swiss event. Players who receive four match losses during this stage are eliminated from the tournament. Only eight players will move on to Sunday.

Following Twitch's Content Sharing Guidelines, you can co-stream Mythic Championship VII from twitch.tv/magic using OBS or XSplit. This allows anyone on Twitch to cover the event in their voice and with their community. To be clear, co-streamed content is not endorsed by Wizards, and we expect anyone who participates in co-streaming to follow Wizards' Fan Content Policy.

Mythic Championship VII will be filmed on a closed set and is not open to the public.

How Many Mythic Points Will Players Earn?

The race to the 2019 World Championship will come down to how Challengers and MPL players perform earning the final Mythic Points of the 2019 season. For Mythic Championship VII, here’s how the points break down:

Check out the latest MPL and Challenger Mythic Point standings to see who can pull ahead with an outstanding finish in Long Beach!