It's November 30, 2005 in Yokohama, Japan, at the Magic World Championship. The event kicked off when Magic inducted its very first members of the Hall of Fame, and over the next four days, even more history would be made.

"The best in the world shared the stage, but the week belonged to Japan," reads the very first line on the coverage page that forever memorializes the event. Through four days of individual and team play, Japanese players had secured all three titles up for grabs—World Champion, Team World Champions, and Player of the Year.

"I think any time a country completely sweeps the trophy ceremony, it's going to be a surprise given how many formats had to go right, how many great players there were, from all around the globe, competing in multiple formats," said Pro Tour historian Brian David-Marshall, who was at the event as part of the coverage team. "But if you were following competitive Magic that season—even over the previous couple of seasons—the fact that Japan was able to hoist all three trophies should not have surprised anyone. To sum up; the sweep was unexpected. Japan's success was inevitable."

The first player to secure his title that weekend was Kenji Tsumura, who would go on to join the Hall of Fame in 2012. In 2005, though, he was only beginning to make his mark on the Magic scene both in Japan and around the world. 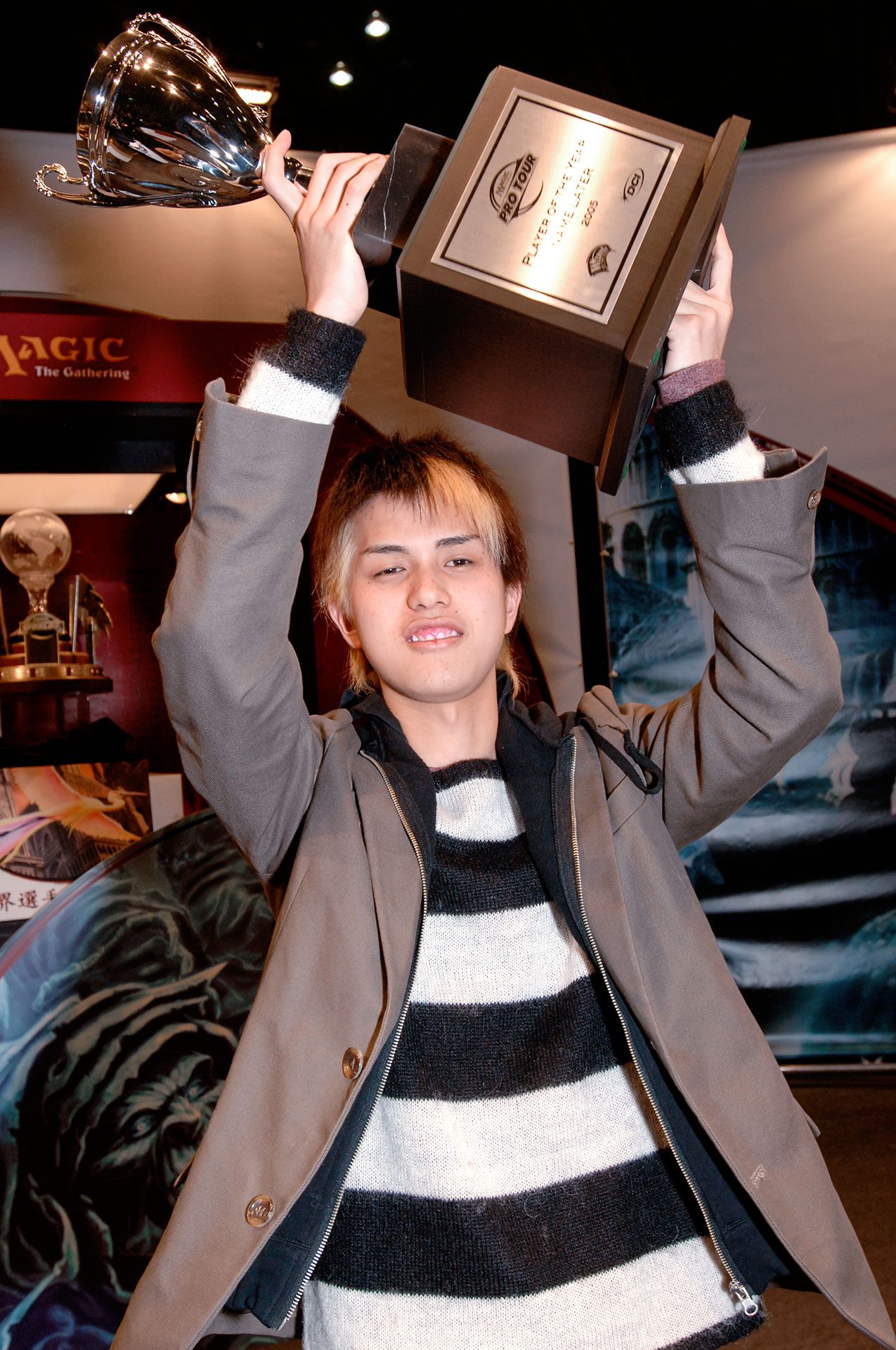 Tsumura's journey to Player of the Year began in early 2005 at Pro Tour Columbus.

"It was the first Pro Tour of the season at Columbus, which was my fifth Pro Tour and where I could make Day 2 for the first time," Tsumura recalled. "I was 9–5–1 before the last round, and it was an impressive record for me, but I really wanted to win the last round to get all Pro Tour invitations for the rest of season via Pro Points. My end boss was Frank Karsten, and the matchup was not great for me, but I managed to win the game by abusing his spells for my storm counts of . The result gave me a lot of confidence, and I felt that things changed drastically."

Things certainly did change for Tsumura, whose key Swiss win in Columbus catapulted him into a season that would include an astonishing three Pro Tour Top 8s. Still, the Player of the Year title was anything but secure heading into the World Championship. Tsumura, Olivier Ruel, and Masashi Oiso were all in contention for the title.

"Competing for the title with my good fellows Olivier Ruel and Masashi Oiso was super enjoyable," Tsumura said. "Both of them are truly great players and people. Talking about Masashi, I still think he is the very best Japanese player in history, and I want to highlight that he finished third place in the title race even though he skipped a Pro Tour due to school. Also, Masashi taught me a lot of things both inside and outside of Magic, and I really appreciate it."

Like David-Marshall, Tsumura saw Japan's 2005 sweep in the context of their growing strength across the preceding years.

"First, there was a legacy of our ancestors (senior Japanese players)," Tsumura said. "Winning a Pro Tour or Player of the Year race was like a fairy tale for me, but their efforts and achievements changed my mind, and I think the same goes for other young Japanese players as well."

Though Tsumura's friend and rival Masashi Oiso finished just shy of the Player of the Year title, he'd been Rookie of the Year two seasons earlier and he was still destined to hold another trophy in 2005. While Tsumura was securing his single-point victory over Olivier Ruel in the Player of the Year race, Oiso and teammates Takuma Morofuji and Ichirou Shimura were winning Japan the 2005 Team World Championship title.

"As Japanese players succeeded at the highest levels of the game, they would create a template for other players to follow," David-Marshall said. "And in turn, that became a network of players that understood what it takes to prepare for Magic at the highest level of competition and to be able to come back and compete again, event after event."

Part of that network of players was Katsuhiro Mori, who had also won Rookie of the Year two years before Oiso held the title. And in 2005, it was Mori who brought home the third and final title when he defeated Frank Karsten to become World Champion. 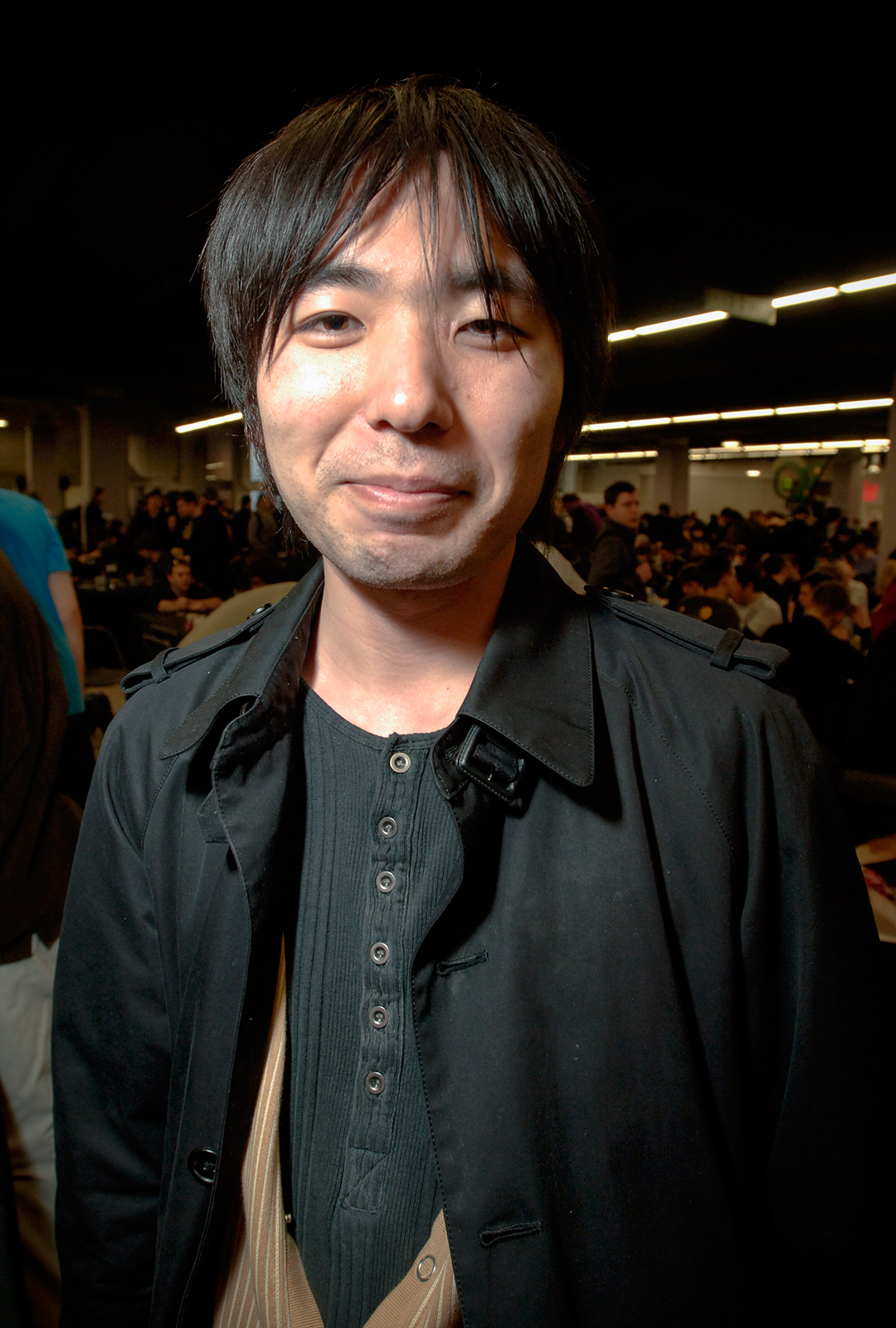 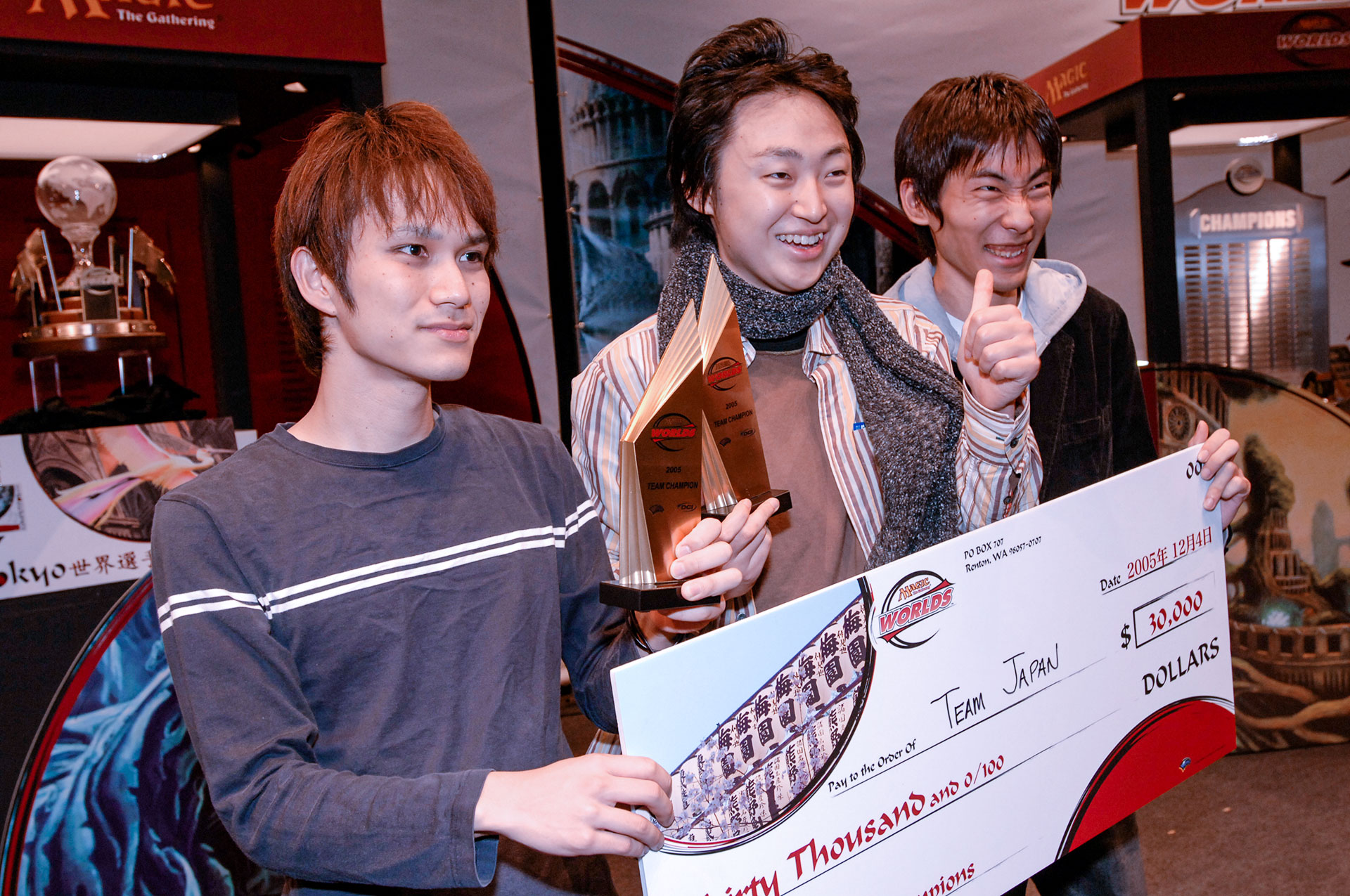 For David-Marshall, it was Tsumura's own win that made the most lasting impression.

"I will always remember the image of Kenji Tsumura holding the trophy over his head and beaming with pride at becoming the first Japanese player to win the Player of the Year trophy. The very same title that had been won by Kai Budde; someone Kenji idolized and had rail-birded during his first Pro Tour appearance in Chicago in 2003. You could see the whole journey, from a shy kid playing as an escape in grade school to becoming one of the most dominant—and gregarious—players in the game's history, at that moment in Kenji's expression."

The success of Japanese players in the past year, and particularly at both the 2021 Magic World Championship and the Innistrad Championship, has begun to echo that commanding 2005 performance. While the best in the world shared the stage at the Innistrad Championship in December, it could easily be said once again that "the week belonged to Japan," which put an astonishing five players into the Top 8, four of whom worked together on the same testing team.

And if Kenji Tsumura hoisting the Player of the Year trophy was a lasting memory for David-Marshall, there are countless people who say the same of Yuta Takahashi's joyful and relieved "YATTA!" when he completed a perfect comeback to make the Top 8 of the World Championship.

Five Japanese players qualified for the 2021 World Championship, and as in 2005, they represented both years of past success and the rising stars of the competitive Magic scene. Takahashi was known as the King of Faeries for a decade prior to his World Championship win. Rei Sato, Yoshihiko Ikawa, and Keisuke Sato likewise had at least a decade, and often more, experience behind them, while rising star Noriyuki Mori joined their ranks after taking the Challenger Gauntlet by storm with his rogue Izzet Control deck.

"Admiring champions like Kai and Jon was my first step into competition," Takahashi said in the wake of his win.

Takahashi then turned around and joined the Top 8 of the Innistrad Championship two months later, alongside teammates Yuuki Ichikawa, Riku Kumagai, and Toru Saito. Yet another Japanese player, Yo Akaike, who didn't test with the team, made the Top 8 with their Izzet Creativity deck.

"I think they are one of the best teams in history or at least I can say right now," Tsumura said of the Japanese superteam that included a dozen players. "Yuta Takahashi won the World Championship, Yuuki Ichikawa won the last Championship and surprisingly, they sent four people to the Top 8. I know they practice a lot, and I'm happy to see their efforts bear fruit."

The testing team was so large, and had so much trust in one another, that they divided into two groups, each responsible for one of the Innistrad Championship's formats. The two groups then convened to make decisions for the entire team.

"I knew the team deck was good, but I didn't know it would win," Ichikawa said of the Golgari Food deck that set their team apart from the field.

It's this trust between teammates and commitment to testing that stands out to Tsumura as setting this contemporary Japanese superteam apart.

"There are so many standout players in both eras, but I think players in 2021 are much better as a team, since their testing method is much more established than the old days and their playing and deck-choice skills are amazingly accurate," Tsumura said. "They work hard every testing and rarely settle on the wrong deck. I cannot imagine their failure in the near future and am sure the dominance will be continued."

Improvements in testing aside, another key piece of players' success remains the same. It's part of why long-standing players like Tsumura are still playing in championships sixteen years later, and why relative newcomers like Noriyuki Mori put in the long hours it takes to rise to the top of the competitive scene. 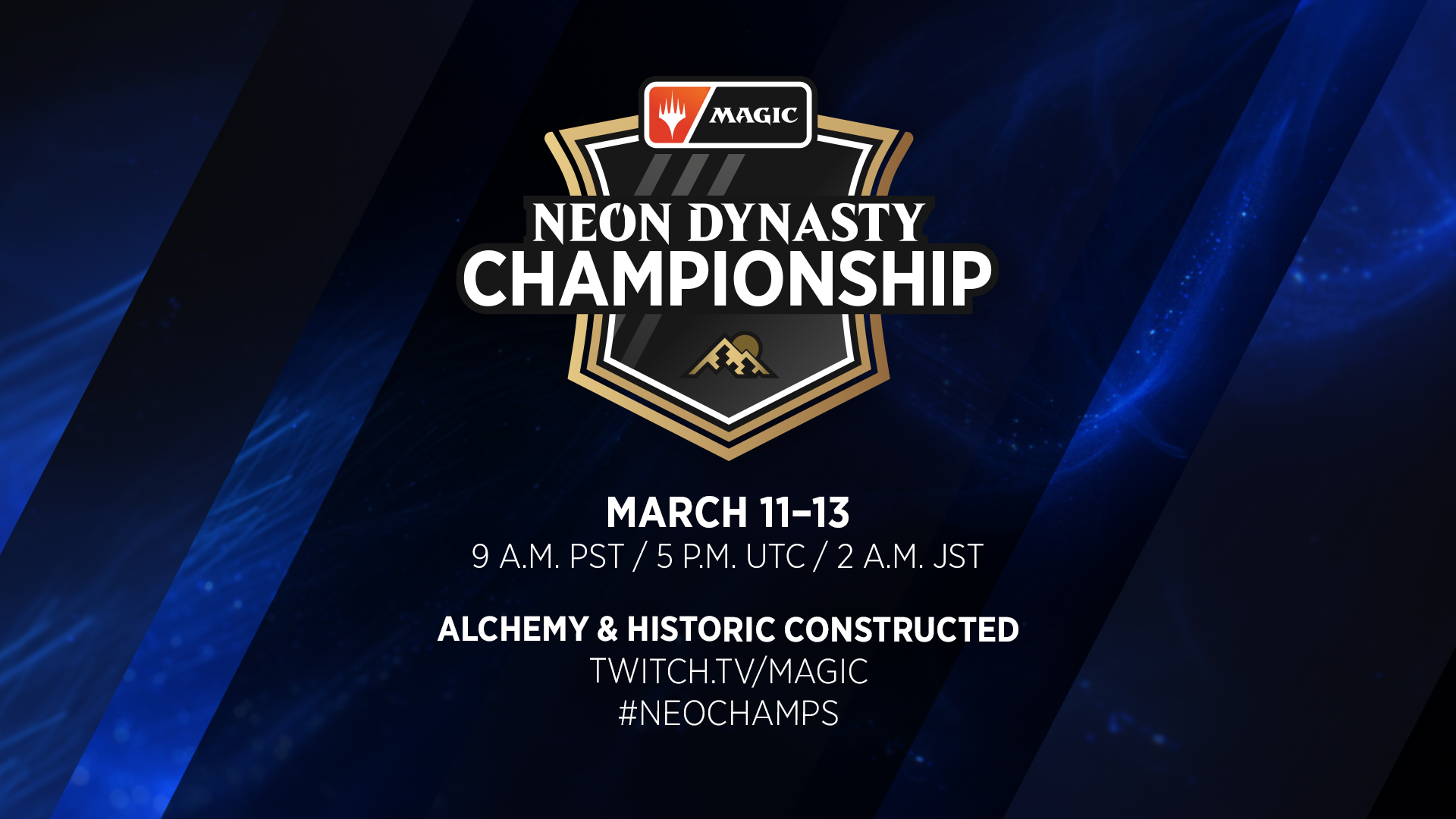 You can watch Tsumura, Nakamura, and many more of the finest players in the world at the Neon Dynasty Championship, March 11–13 live at twitch.tv/magic!