Brad Barclay was just 17 years old at his first major event—the 2003 Magic World Championship in Berlin, Germany—awed to be in the same room as the legendary Kai Budde. Nearly alone across the continent, it was a long way away from the qualifiers he played back home in Scotland. But after a hot start with a 3–0 Draft performance and a match win over reigning Rookie of the Year Masashi Oiso, Barclay was 7–2 and feeling like he could hang with the pros.

But this wasn't history being made. A Draft table with six pro players ended Barclay's World Championship dreams early that day back in 2003, but the fire was lit. No matter what Barclay did for the next 17 years, he always came back to Magic. Through those years, he qualified for multiple high-level events and represented Scotland at the World Magic Cup for several years running. 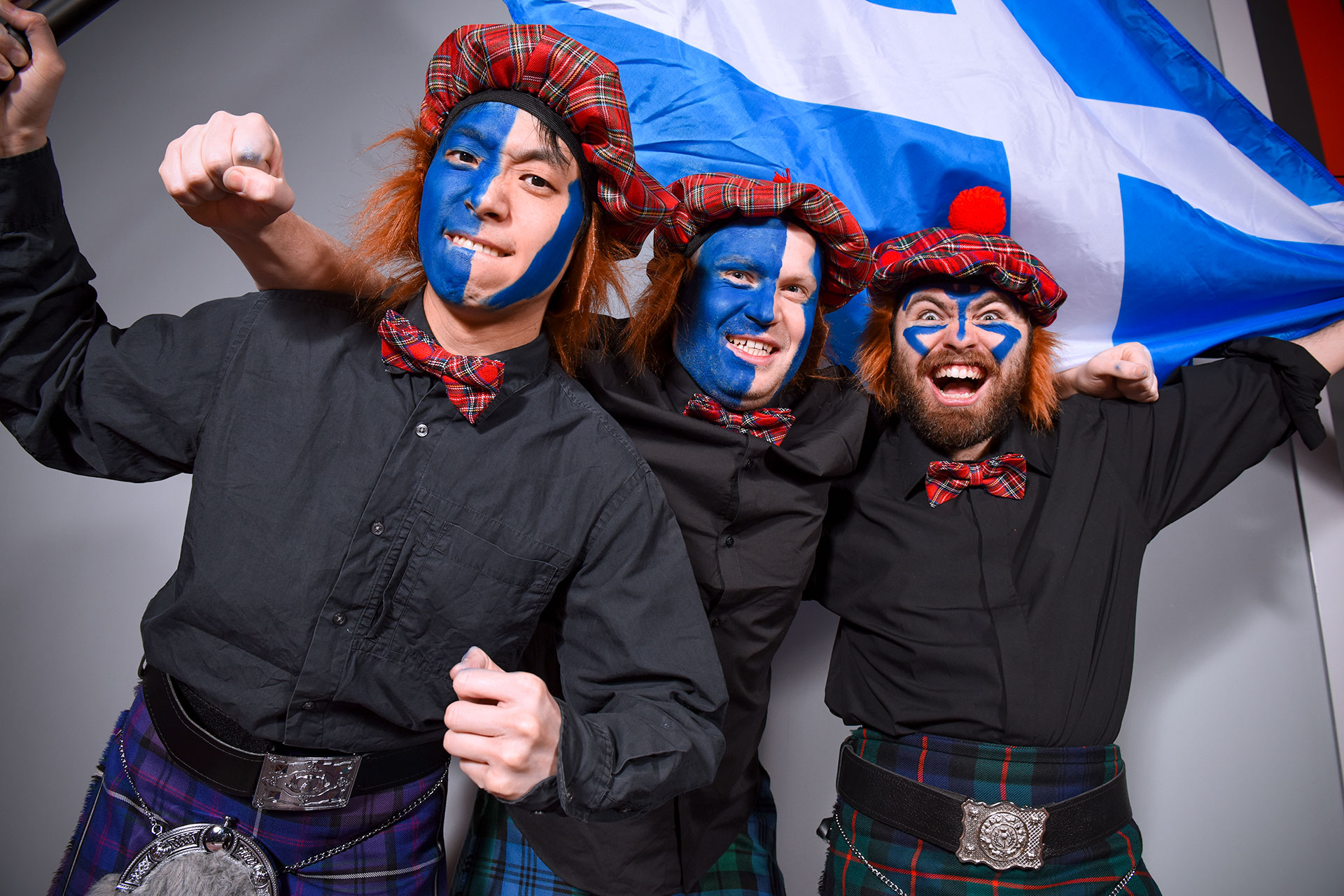 Representing Scotland was always an intense experience, but Barclay was never able to recapture that feeling from Berlin.

"I never thought winning a big tournament was in the cards for me after that," he admitted. "I went 1–2 in the second draft and thought 'Oh, this is what the big boys' league is like.' After that first [World Championship] I realized how much has to fall into place to do well, from having the right deck to playing well and having things go your way. It has to be your day. I always thought if I had the right deck then I could do okay, but I didn't necessarily think I could win."

In some ways, Barclay's experience at the Zendikar Rising Championship wasn't different from that first experience back in Germany so many years ago: he was playing against the best in the world and found himself more than able to hang. But unlike all the tournaments he's played in since then, this time he had the deck of the tournament, as his Historic format deck, Azorius Control, went a perfect 11–0 in matches to get him to the championship match.

Then, when Barclay defeated Autumn Burchett in straight sets to become the winner of the Zendikar Rising Championship last weekend, he was far from alone: it seemed as though half the Magic players in Scotland were up late to watch his victory, and Barclay's first thoughts were of the community that raised him.

"The Scottish community deserves a huge shoutout," he said. "Everyone is always there to help, whether it's best wishes before the tournament or sharing a beer after, and I got so much support from them. I was getting messages during the tournament from players I hadn't talked to in 15 years, but they were following the Top 8."

Why wouldn't Barclay's run spark such fervent interest? The 34-year-old football diehard embodies what's great about the Scottish Magic community, and he wasn't the only one feeling things were a bit surreal after his victory. Momentum had been building since local store owner Gary Campbell won Grand Prix Birmingham in 2018, becoming the oldest player to ever win a Grand Prix at the age of 52. 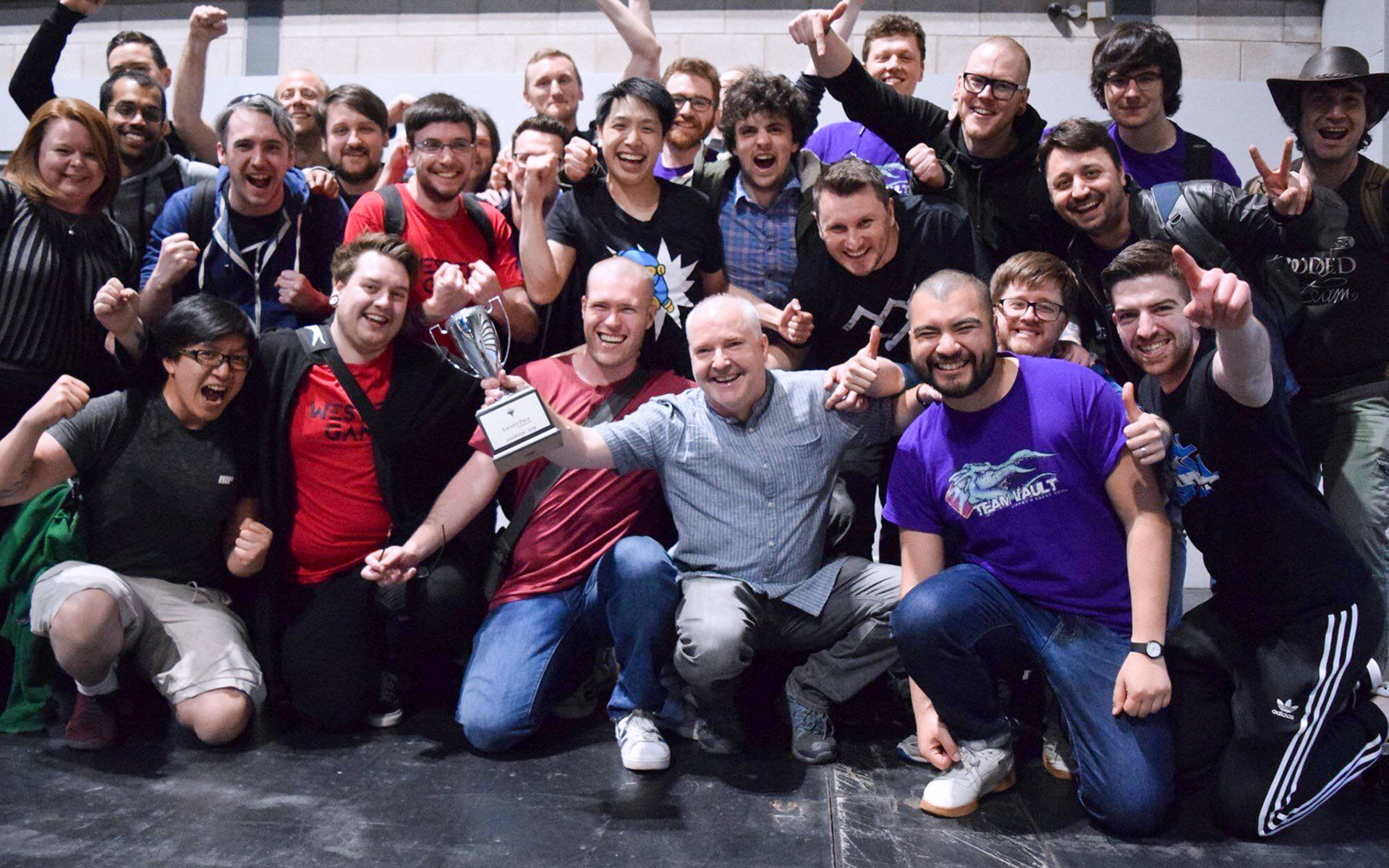 It was an unforgettable moment and closed the event with raucous cheer.

Campbell's win was Scotland's breakthrough moment. Now, Barclay's victory is the exclamation point for a community that's been building to this point for years.

"The Scottish Magic community has basically been my life for the past 25 years, and everyone in the country knows nearly everyone else. We're like a big family," Campbell said. "Brad is one of my 'kids.' He was one of a bunch of 12-year-olds who would start coming to the shop and playing Magic. Booster Draft was the store's focus, and after a year of beatings from the more experienced players, the kids got better and better. They would go home and practice, and by the time they were 15, I was driving them to England for PTQs. I'd drive them through the night to GPs in London, Manchester, Liverpool. Brad was the quietest, but clearly the best. It wasn't long before he was comfortably the best in Scotland.

“He's still the smartest guy I've ever met and more importantly, one of my best friends. It was a very emotional night for me. I'm very happy for him, and he deserves it."

Campbell's praise is echoed in Scotland's Magic community, and far more kind words were shared than there is room for. The outpouring makes clear how much Barclay's victory reflects years of efforts from the tight-knit group.

"Scottish Magic has always been about building each other up," explained Marc Ferguson, one of Barclay's many testing partners. "We are competitive, but we will always throw everything behind one of our own. Every player who drops is another fan for those who remain, whether in the venue or at home." 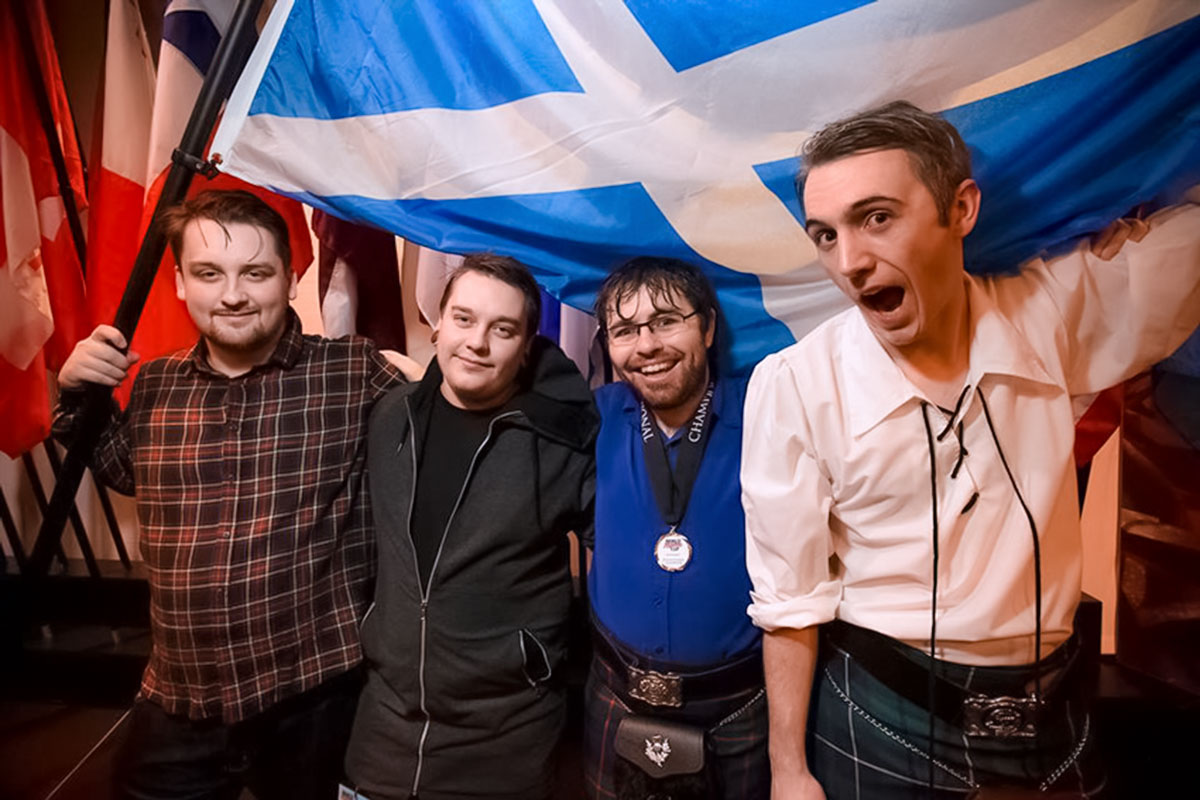 "Brad has been on a different plane for many years," Ferguson said. "Testing 20 games with Brad is as valuable as playing 20 GPs. He will always challenge your assumptions but rarely tell you the answer even though you know he knows. The whole community was behind him 100%, and we couldn't be happier to see him go all the way."

As he completed a dream 22 years in the making, Barclay appeared as indifferent as ever. But behind the stoicism, emotions were running wild as messages like Ferguson's poured in throughout the night.

"It's still pretty surreal," Barclay said. "I've been playing for 20 years, and I remember growing up watching Magic coverage with Randy Buehler and Brian David-Marshall when I was kid. I never thought this would happen. I've been around for so long, and I've not done well for a good few years. But Magic always brings you back, doesn't it? So I keep playing and qualifying when I can. I didn't go in with any real expectations, but I've played Blue-White Control for a long time and was really comfortable playing it."

Magic has had its hooks in Barclay for a very long time, but it almost never came to be. A rabid footballer his whole life, Barclay's Magic journey got a jumpstart when a severe injury left him essentially bedridden at 14.

"I used to play football league on Sundays, and what actually pushed me into Magic was that I broke my fibula and tibia playing football," he said. "I couldn't really play football for six months, but after two months I could get out of the house a little, and my brother William started taking me to play at the shop. The guys at the shop were pretty competitive, and they taught me to Rochester Draft Invasion. In that shop, we always pushed each other along. You got that the community was with you."

A career that began with now peaked with the , and the quiet kid from early 2000's Grand Prix road trips has transformed into a Magic champion.

One thing that hasn't changed is Barclay's demeanor—ever the quiet competitor. While others wear their emotions on their sleeve or rock out to music as they play, Barclay allowed himself just a small, silent off-camera fist pump when he won—careful not to wake his partner in the other room.

His moment of victory earned him a new nickname to go along with his new trophy: he's "The Iceshark" in honor of his coolness under pressure and success in winning his Historic matches on the back of flying Sharks via .

"As far as nicknames go, it's all right. [It] could be a lot worse," he said with a laugh. "If I was playing football with my friends, you'd get a 'well-done, mate' high-five, but sitting in your dining room, it's quite hard to be so excited. I don't celebrate much on my own, unless the Scottish football team scores a goal or something."

And so, "The Iceshark" was born. With a championship title under his belt and his eyes set on 2021—and the Challenger Gauntlet in the postseason—Barclay is ready for whatever else Magic throws his way.

"I'm ready to give it a go, basically," he said. "I know I'm never going to be a full-time [professional Magic player]. I'm old and have a full-time job. But I love the competition, so whether it's the Kaldheim Championship or 10 more years from now, I'll always be back for that." 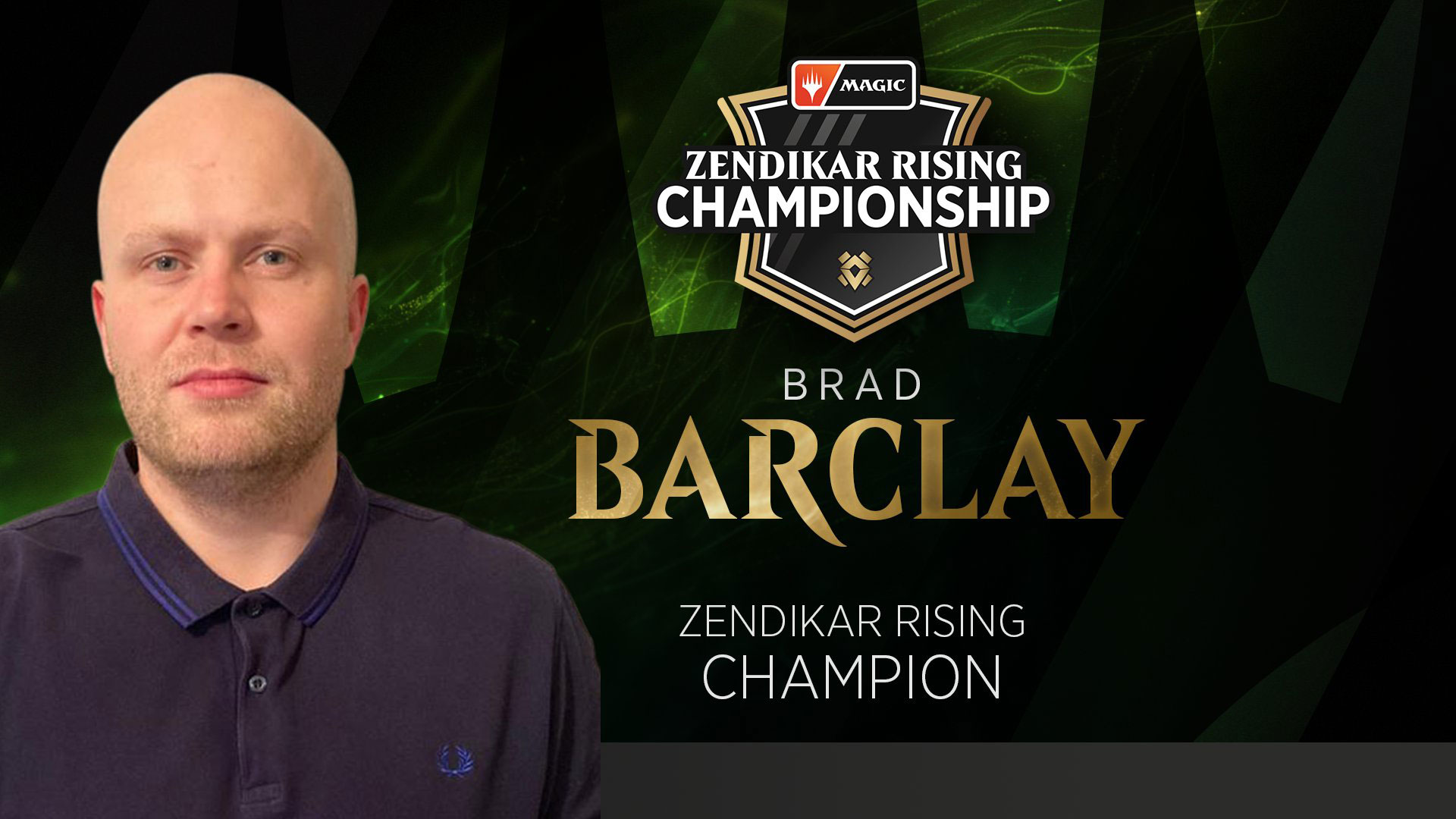