. . . Some of the most powerful cards ever printed in Magic's long history came from the very first set: Limited Edition Alpha. These iconic cards were part of how the game grew to touch the lives of millions around the world. Eternal formats—ways to play Magic not restricted to a range of more recent sets and cards don't rotate out—are where these cards still see play, and elicit a variety of emotions from every player.

As someone that's played Magic for over 26 years it's no different. It all starts with nostalgia. 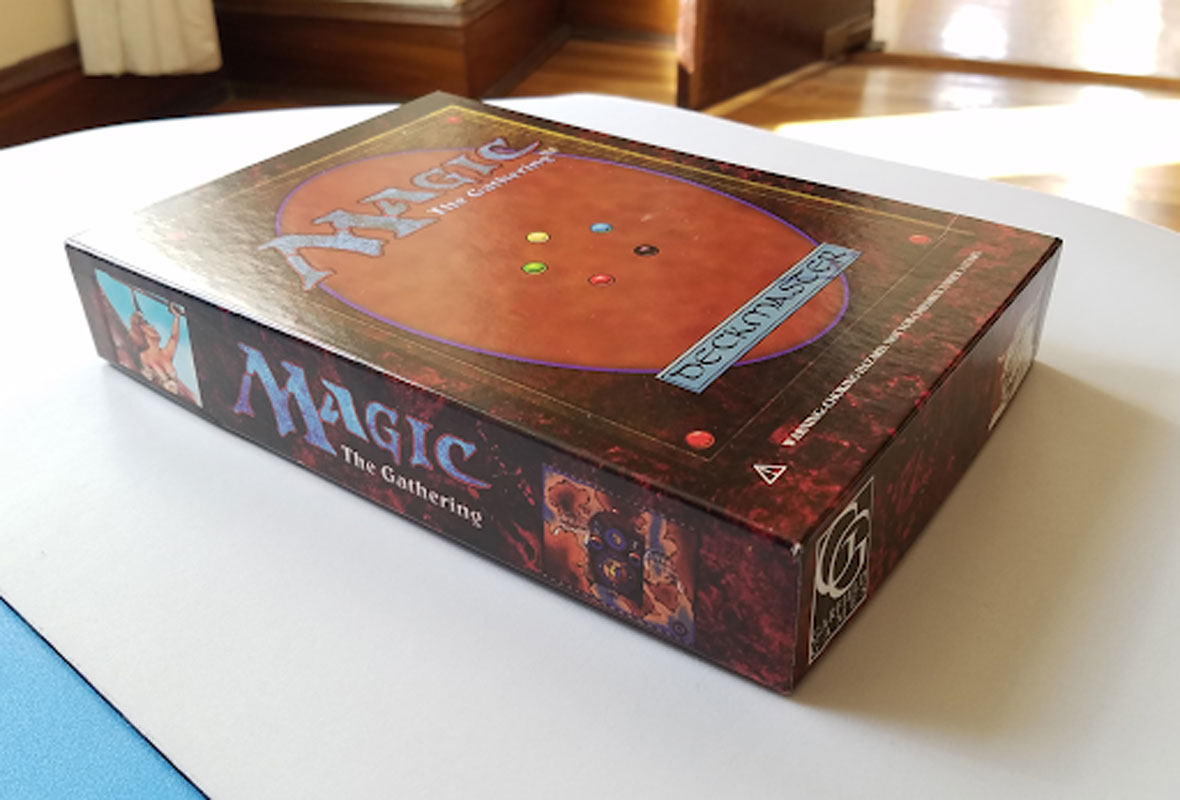 I still remember the first Magic cards I ever got my hands on. Some friends had picked up the game and I managed to convince my dad to take me to a local comic book store to get some cards. I left with a Revised Starter Set.

Inside were two 60-card starter decks, similar to the contents of three booster packs with more basic lands, plus some beads and a rulebook. I don't remember much about the original decks, but the lone card I do remember was : with massive stats and a fantastical image depicted by Mark Tedin, it drew me in immediately.

Later I learned about the "Power 9" as well as , , and —iconic, defining cards in Magic's early days. I had to have my hands on some. I traded a whole pile of competitive staples to pick up my first ever Mox, a Limited Edition Beta , and I proudly threw it into every single deck I built. It was exhilarating holding Magic history in my hand and unleashing its power against my opponent.

Regardless of when you are tuning in, grab yourself a warm beverage and enjoy this incredible Collection Spotlight featuring Hall of Famer @efropoker's full set of Beta and original Magic art. pic.twitter.com/pxBOiffO0v

Over 25 years later that feeling is a little different but remains the same.

These cards changed my life and so many of our lives. Getting to play with them, in paper or virtually on Magic Online, brings back so many of these feelings I've had from a young age. But you don't need to have that nostalgia to realize this power. 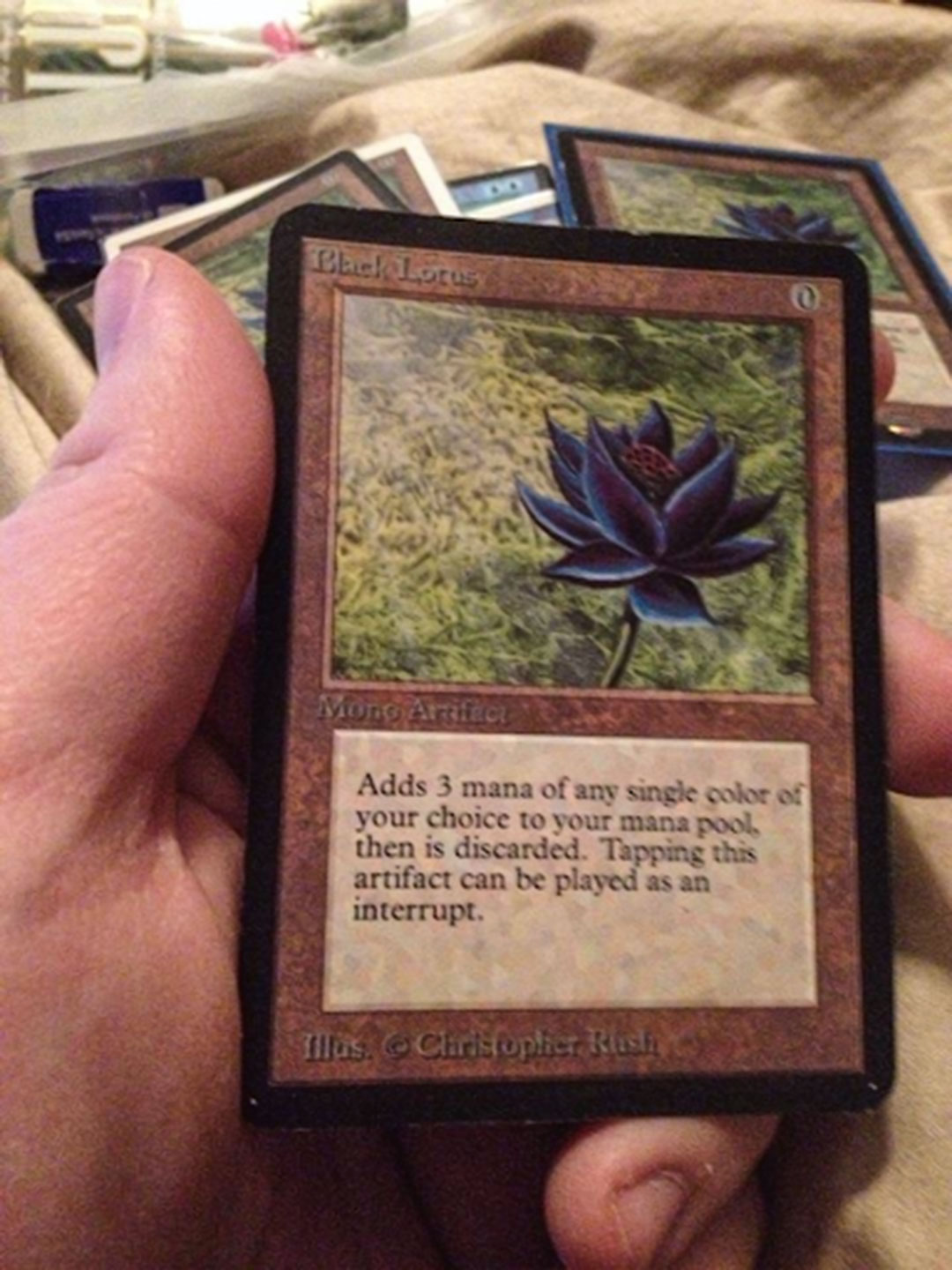 Every Magic player knows what a is, and those that don't often do too! I can't count how many people I've met, when talking about how I play Magic: the Gathering, asked me if I own a . Every time I get to put one onto the battlefield it's a special feeling.

Having these cards in a deck feels different, but Magic is a game you play and playing Vintage is incredible! Nostalgia is great but if the gameplay was stale or boring it would be a deal breaker for me.

But that's far from the case.

While the power cards can lead to some wildly explosive turn ones, including just straight victories, the format is really all about interaction. Without restrictions on the card pool, all the premium interaction is available—including on turn one, on the draw, before you've had your first draw step or played your first land.

is a format staple, and is so strong it was restricted. and are two other played cards, both out of the sideboard and in main decks.

You've already had your first turn? Well, you've opened the door for , , , , and a host of other interactive spells that can punish an opponent overly willing to expose all their resources early in the game.

Maybe you just like locking your opponent out of the ability to cast all the powerful spells they put into their deck? Well Workshop decks might be just for you! With , , , , , , , and , to name a few, there's plenty of ways to make sure your opponent's powerful draws aren't explosive.

Throw in being able to play four copies of in addition to a and just casting a single spell against these decks isn't a foregone conclusion.

All of this interaction leads to some of the coolest games of any Magic format that can turn on a dime. Vintage involves trading resources and edging out an advantage, but it also features powerful turns going from having little on the battlefield to winning in a single wild turn.

and draw three cards for a single mana, and can help set up anything you might need. With lots of fast mana, makes your graveyard a second hand. is effectively a single card combo.

This is all without even touching on the plethora of ways to draw seven more cards, which leads to some truly memorable turns.

Eternal formats are also unbelievable at fine tuning your skill playing Magic. They test your patience, teach you to properly sequence your spells, and require you to both pressure your opponent and not overcommit yourself. Games that are "locked up" in Standard give you more leeway to make simple mistakes and still win, but when someone can draw to completely turn a game around you can't relax for a second.

Proficiency at the ebb and flow of a game of Vintage or Legacy will benefit your decision-making processes in so many other formats.

Vintage is my first love when it comes to Eternal, but Legacy isn't far behind. While many cards that define Vintage aren't legal in Legacy, it does feature its own powerful cards.

So much of Legacy revolves around another iconic Magic card: . Unlike in Vintage, where is restricted to just one copy in a deck, players can pack a full playset of four into their Legacy decks. It's ability to combo with fetchlands and other shuffle effects means that mirrors the power of . is also regarded as one of the most skill testing cards in the game. Mastering how and when to play is another way Eternal formats level you up in Magic.

While Legacy is less about the "one big explosive" turn or sequence of plays, it still mirrors Vintage in a big way with the importance of interaction. goes hand in hand with all of the decks as a way to stop any of the big finishers Legacy has to offer, but this is also a format. The best piece of removal ever printed, it gives players an efficient way to stop any creature.

Legacy today holds parallels to Modern, including overlaps in threats. The answers and interaction, as well as powerful card drawing and better mana in dual lands, are where they differ, and that's mostly around the lower mana costs and better efficiency in Legacy.

Cards similar to , , and even exist in Modern, but they're not going to cost you a single blue mana. joined Modern last year, but can protect you from any spell your opponent could cast. and just aren't anywhere near in terms of messing with the opponent's mana. If you can become a successful Legacy player, you're going to have all the tools necessary to be talented at Modern too.

This is the Magic I love to play, with powerful tools available but navigating the murky waters where my opponent has powerful threats and answers of their own.

With Eternal formats now being available on Magic Online, and Eternal Weekend opening the door for everyone to join in, it has never been more convenient to play this kind of Magic. There are players around the world to play against, and Magic Online even automatically tracks your floating mana and storm count for the biggest turns—things that can even overwhelm me in the moment.

Eternal Weekend is always an event I try to work into my schedule. Opening Eternal Weekend up to play from our homes through Magic Online this year is something I'm unbelievably thankful for. Eternal events have been the highlight of both PAX Online and GenCon Online for me, and this is sure to be another phenomenal experience.

I hope you're all as excited as I am to play with the most powerful cards and the most exciting formats in the history of Magic!