Rotation has come and gone, and it's time for a brand-new world of Standard thanks to our return to Zendikar. Gone are some of Standard's most memorable cards from our recent time on Ravnica. Now it's a new world full of legendary Elementals, flying Rogues, gargantuan Ultimatums, and an iconic Snake that must be answered on your second turn. 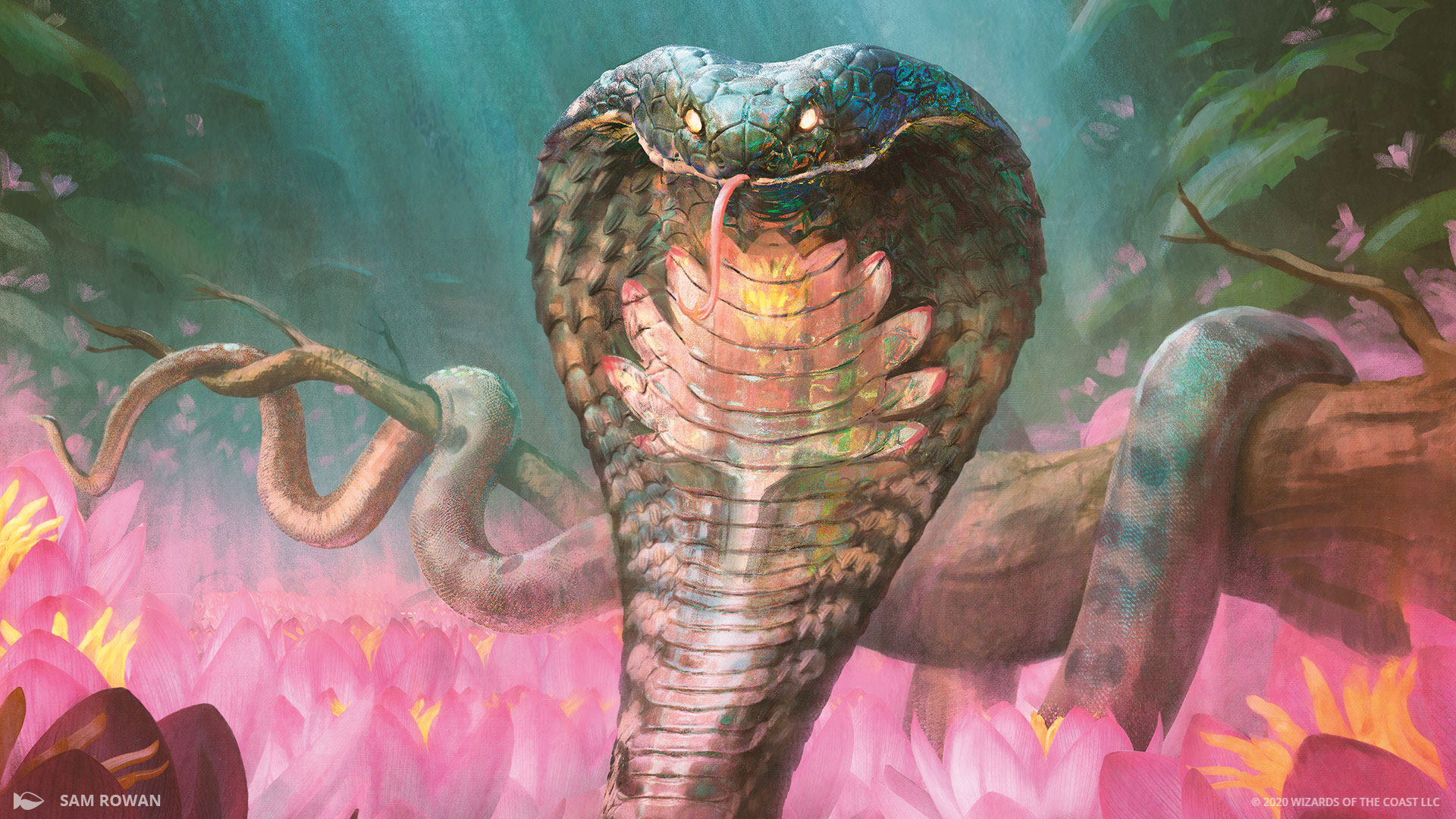 Oh, and you might also lose the game being milled out of cards in your deck. Welcome to Zendikar Rising Standard.

As 32 players prepare to square off in the 2020 Season Grand Finals, these are kinds of strategies they're sure to face. Zendikar Rising and the introduction of double-faced modal cards, featuring a spell on the front side and a land on the back and your choice of which side to play, have upended what deckbuilding looks like in Standard. The result is successful decks that sometimes feature as few as 14 traditional land cards.

It's created a Standard unlike any seen before it.

Any discussion of Standard must start with . It's an already iconic card in Zendikar Rising, in short order establishing itself as the premier threat of the format. Gaining life with the first land you play each turn creates breathing room against aggressive decks and, as the ramp deck ramps, Omnath's control over the game increases as its multitude of triggers add up.

It's difficult to cast but quickly proved itself to be more than worth it, making it the scariest threat in a format full of them, explained Players Tour Finals champion Kristof Prinz. 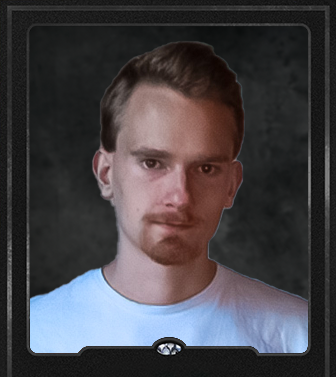 "Answers for Omnath are necessary, but hard to come by. It hitting the battlefield is a huge issue, so you should try fighting it on the stack," he said. "Depending on the version, either or in conjunction with Omnath puts the deck so far ahead."

debuted in the original Zendikar set, establishing itself as a staple alongside the enemy-colored fetchlands like . The Cobra's return in Standard enables similarly explosive plays, such a third-turn Omnath while also playing nicely with . It's one of a handful of must-answer cards in the new format, leading some players to go so far as to pack just to be able to pick off the mana-producing Cobra.

Another must-answer card, accordingly to Prinz, is .

It's been the backbone of Adventure decks since it arrived in Throne of Eldraine, and Temur Adventure remained a viable deck post-rotation. With a tweak to the manabase, the deck incorporated and emerged as one of the strongest decks out of the gates. Between lands that double as spells and Adventure spells that double as a second spell, the deck never runs out of resources as it snowballs with .

"Clover is quite cheap, which makes it hard to answer efficiently," Prinz said. "Together with there's no really clean answer, which stretches opposing interaction and creates mismatches often."

Most longtime Magic players understand the frustration of holding a and staring down a , and it's no different when it's against .

That leaves the Omnath Adventure decks in a sweet spot to catch opponents off guard and create runaway games when the answers don't match the threats. It's a proven recipe for success that's especially strong when the metagame is still sorting itself out. 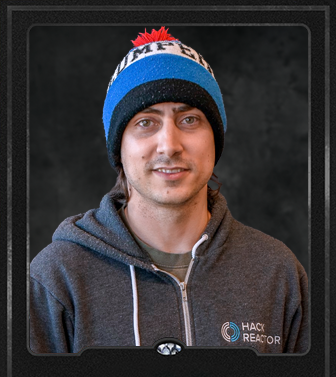 "The deck to beat is clearly Omnath Adventure," said Sam Sherman, Players Tour Finals Top 16 competitor. "It doesn't have any really bad matchups. I think Omnath Ramp is probably your best shot at beating Omnath Adventures, and you want Rogues or a pure Mill deck against Omnath Ramp."

Milling for Fun and Profit

And that brings us to a third pillar of Zendikar Rising Standard, and perhaps the most surprising: .

Since arrived more than 25 years ago, players worked to win games by running their opponent out of cards in their library—for fun and when it's been a competitive strategy. When 's spiritual predecessor, , was in Standard it was mainly used to mill its controller. Now the Crab is going after opponents exclusively, and alongside and it's finding a niche in Standard.

"If the Omnath decks gear for each other, Mill variants are okay to play," Prinz explained. "Omnath decks oftentimes draw a big chunk of their library, so Mill doesn't have to do much work. It also has access to some interaction that can buy a lot of time, and it makes Omnath fairly clunky at times."

Decks aiming to win via milling aren't the only blue-black decks doing well – or even the only archetype looking to mill opponents out of a few cards.

Dimir Rogues is its own distinct archetype, and it relies on early creatures like and to put pressure on while incidentally milling opponents. Once they push the opposing graveyard over a threshold of eight cards, several Rogues gain a boost. With flexible interaction like and lategame power with and , Rogues is a unique tempo deck that can prey on the ramp decks that aim to resolve a critical expensive spell like Ultimatum.

As the decks above emerged, aggressive decks began showing in Standard. The Red Bull Untapped Qualifier featured nearly 150 players and a surprising finals matchup between Mono-White Aggro and the winning Rakdos Self-Mill list that featured a full playset of .

It's an uphill battle, but there have also been sightings of Mono-Red—many still believe in , after all—as well as Mono-Green Aggro brews. The question that must be answered for every aggro pilot is "How do we beat Omnath?" and the answer seems to be go bigger (Mono-Green), go faster (Mono-Red), or go wider (Mono-White).

"Games are going to be longer, and you've got to be able to keep up with the grind," Sherman explained. "Do you really want to be out here attacking for damage when your opponent is gaining four life a turn?"

It's clear the metagame is still rapidly shifting. Rakdos Self-mill was an unknown entity a week ago, and players continue to experiment with various control shells. Some players are finding success with Gruul Aggro, and Cycling decks with are still floating around Standard. We may have a general idea of the shape of Standard, but how it all comes together at the highest levels of play remains to be seen.

MPL member and Standard expert Brad Nelson broken down what he's expecting when he sits down for the Standard portion of the Grand Finals. "I look at it as a spectrum. On the one end you have Omnath Ramp, which is sometimes combined with , and then there's also the decks bringing . There's a lot of small variations you have to able to adjust to," he said. "If you want to play Ramp, you need to figure out where the field is. If you want to play Clover you struggle against Ramp but are very good against the field. For Rogues do you focus on the Rogue theme, or the mill eight [cards] theme?"

"It's hard to tell what to do, but that's what I'm considering heading into the tournament," he continued. "The wildcard could be . The Rakdos deck is lean, and you could see a lot of players show up on it."

With 32 of the best players taking aim on the 2020 Season Grand Finals we'll soon see exactly what shakes out on top of Standard next. Watch them battle live, beginning at 9 AM PDT October 9-11, on twitch.tv/magic.