Nathan Steuer snuck quick glances at his opponent in between carefully studying his cards, almost afraid to meet the eyes of his opponent. This was, after all, the biggest match of his life and the one that would define his future as a competitive Magic player, and coming against one of the best players in the room. This was a moment where champions were made, stars rising to the occasion or falling to the wayside in their pursuit of the Magic World Championship.

So with barely contained nerves, Steuer sweated every draw step as if it were his last. Agonized over every decision, every attack or block. Played like everything was on the line, like he was at the World Championship and playing against a Hall of Famer like Reid Duke.

The year was 2015, and young Nathan Steuer was playing in his first-ever Grand Prix Day Two. 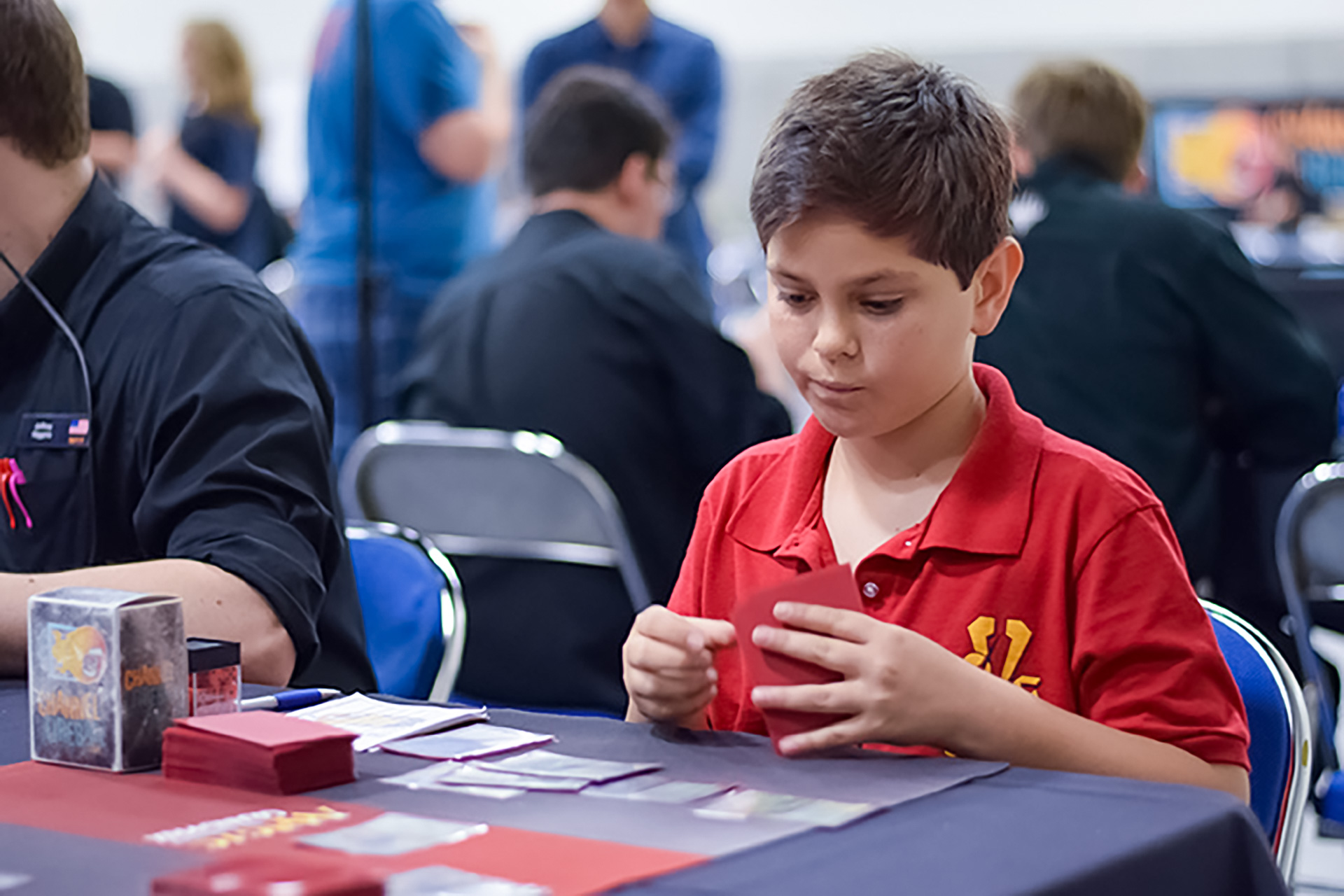 And while he may have only been at the World Championship in his mind, he was playing against Hall of Famer Reid Duke.

"That's what I remember most about [Grand Prix San Diego 2015], getting a feature match and then beating Reid for the best finish of my career," Steuer recalled. "That was the first time I remember feeling like I could beat a really good player.

"Now I'm playing next to him at the World Championship."

It's been quite the journey for the Magic World Championship XXVIII winner.

Steuer first picked up Magic at summer camp in 2010 and rose through the ranks of competitive play. Soon he was playing six or seven days a week at his local game store, and it wasn't long before Grands Prix, Magic Online, and MTG Arena play followed.

Steuer is the rare case of a "prodigy" who not just lived up to expectations but blew past all of them–including his own. Even at that first Grand Prix Day Two against Duke all those years ago Steuer was pegged among the next generation of elite Magic players, and he took that to heart. He sought out guidance from those better than him, he practiced with other up-and-coming players in his area, and all along he nurtured a dream that snuck into his mind in those tense moments against one of his Magic idols in Duke.

That formative experience was fresh in his mind during the closing rounds of Magic World Championship XXVIII, when he faced down Hall of Famers, seasoned World Championship competitors, and opponents of the highest caliber in every round.

"The World Championship was as mentally taxing as it was anything else," Steuer said, introspective in the days following his incredible run from the lower bracket to defeat Eli Kassis in the finals. "Every round was such an intense experience, and it was a battle. It feels incredible to have gone through all of that and to have won ... it's an actual dream or fantasy, even, that I've had since I started playing and discovered I could qualify for the Pro Tour."

For 12 years those who know Steuer best watched him give everything he had to Magic. And at the World Championship, with all its bells and whistles on display, they finally had the opportunity to watch the game give something back: the fulfilment of a dream that's occupied more than half of Steuer's life.

My nephew @Nathansteuer1 is KICKING BUTT at the Magic:The Gathering world championships! We are watching on Twitch, uncomprehending yet very proud!

It was a dream so close to Steuer's heart, he couldn't bring himself to think about it during his incredible run. He wore his emotions on his sleeve throughout the tournament, including in a memorable moment after he lost what was a win-and-in for the Top 4. When he dropped that match, he saw his World Championship hope fade before his eyes—and with it that dream born 12 years ago.

But history—and his tiebreakers—were on his side. Steuer made the Top 4 of Magic World Championship XXVIII despite the final-round loss, and the rest became history. Just history the 20-year-old kept as far from his mind as possible.

"Honestly, I spent a lot of energy not thinking about the idea of winning the World Championship," he explained. "I feel like I fought the whole weekend to keep my mind in check. It was amazing with the World Champs and the stage and everything, but I wanted to keep my focus on playing Magic like I have all year.

"Even going into the finals, it was something I pushed out of my mind. It wasn't until the very final game, when I was in a good spot on board, that I started to let myself consider it."

In other words, Steuer may have been the last person at the World Championship to realize what has become more and more obvious over the past two years as the American has taken down online tournament after online tournament – two Magic Online Champions Showcase titles attest to that – and he cruised through the most challenging rounds of Magic imaginable in the World Championship.

Nathan Steuer is the best player in the world right now. 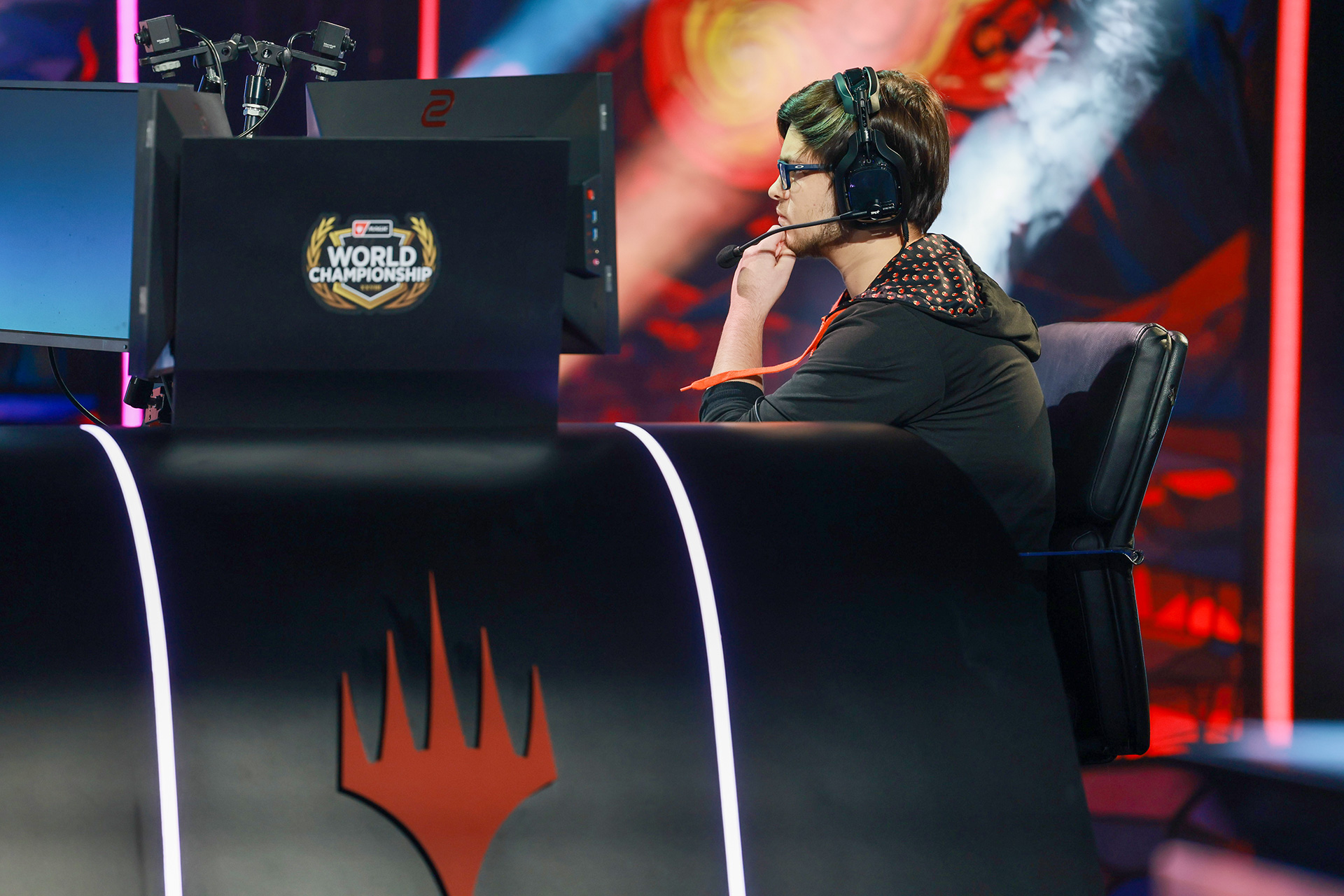 In a world of storied Magic professional careers that span decades and reputations that are often measured in years rather than months, it's rare for such a major tournament to showcase a transition so starkly. Magic World Championship XXVIII featured its share of past Pro Tour winners and Hall of Famers, but it also featured a host of younger players who grew up hoping for the chance to be paired against Reid Duke and have now come of age in the MTG Arena era of competition.

The 32-player World Championship field was filled with the best of this bunch. Steuer has spent the lsat few years testing with a handful of notable young players who also qualified for the World Championship, including David "Tangrams" Inglis, Sam Rolph, and Simon Nielsen. The shift captivated the competitive Magic world and is sure to be a dominant storyline again as we look toward the Pro Tour in 2023.

I’m just a fanboy here while those kings do their work.

Steuer has what even the best Magic professionals spend a lifetime chasing but never achieve. A World Championship changes things in a way no other tournament can, so what's next for the reigning champ?

Not all that much has changed since 2015.

"I want to win a Pro Tour," he said with a laugh. Premier competitive tabletop play will be found at Magic Con Philadelphia with the return of the Pro Tour. "I really want to Top 8 one, and winning one would kind of be the last thing to check off the list. But I'll start with practicing for the first Pro Tour back next year and doing everything I can to work at it like I did the World Championship, and hopefully make it to a Top 8."

Modest enough, coming from a player who has thus far achieved every goal he has set his sights on in competitive Magic. But as he already looks ahead to the next event, he's also finding more time to explore other aspects of Magic he hasn't had the chance to while chasing the World title.

"I've found that I really enjoy the teaching aspect of Magic," he explained. "When I was coming up, I had a lot of help from good players and adults around me who helped me play in events and level up my game. Now I'm spending more time coaching and doing the same for other players."

In the immediate future, we can expect more of the same from Steuer. He was already qualified for next year's Magic World Championship even before winning this year's—yes, he's now double qualified—and he remains the most accomplished player on the best testing team in the world. With so many titles under his belt, the Magic world in 2023 will be defined by Steuer and his peers, just like 2022.

Well, with maybe one difference.

"I cannot wait to have my face on a card that will hopefully be competitive!" Steuer gushed. "I've seen previous winners get to play with the card they designed, and it's an amazing thing. I had my first planning call with Wizards on the card this week, and that's when it really began to sink in that I was the world champion." 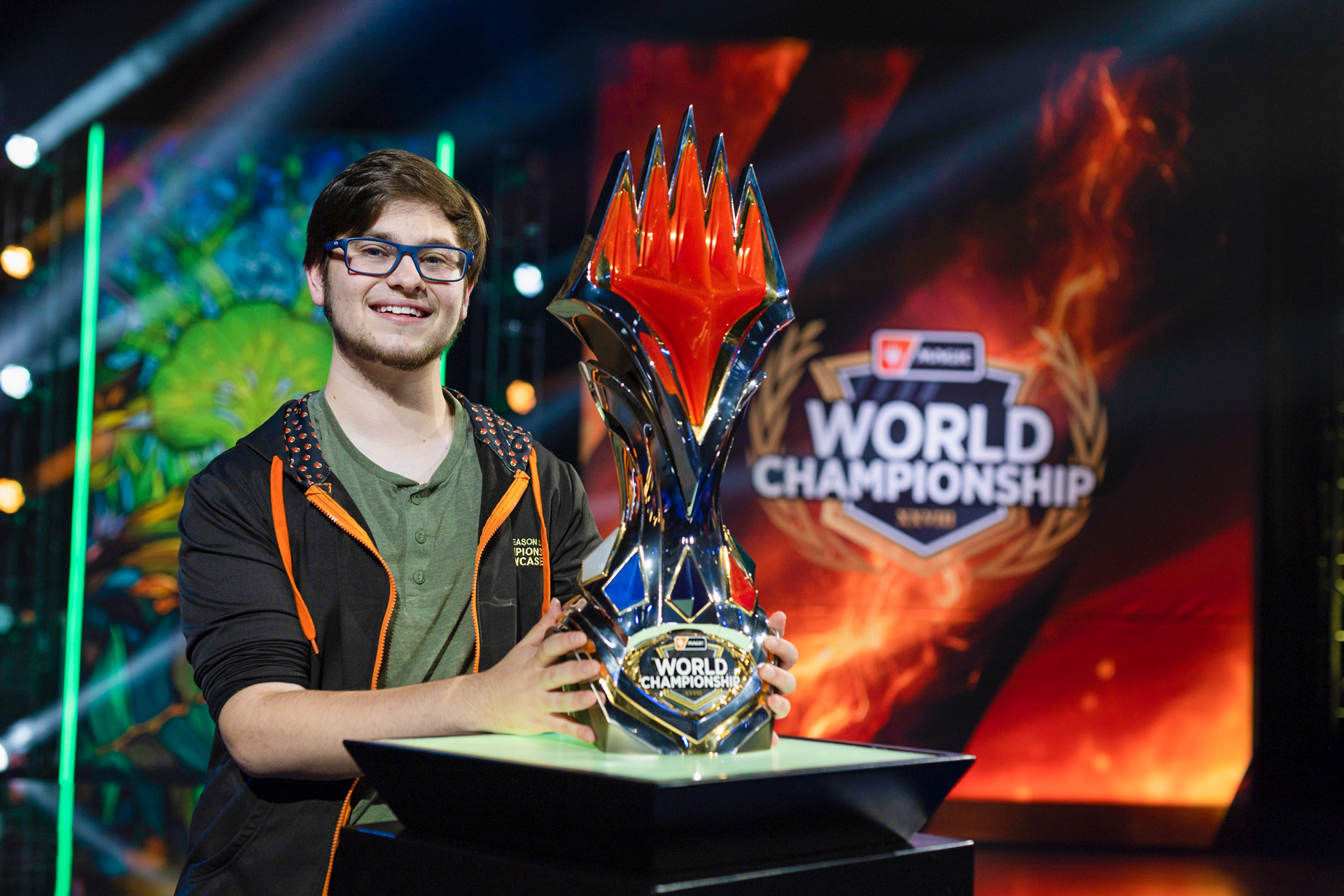