When a player's opponent extends their hand in concession, when their friends stampede across the stage in the first moments after their win, when they hoist the trophy at the final moments of the Mythic Championship, it is, in many ways, the end of a journey. The path to qualification, weeks of testing and preparation, and three days of grueling play culminate in a victory that puts a final and immutable end on the story of that particular Mythic Championship.

But while it's the end of one story, it is, for many players, the beginning of another. Autumn Burchett is one such player.

Burchett spent a few years on the fringes of the professional Magic scene, qualifying for top tournaments and taking home the title of English National Champion two years running. Then, their win at Mythic Championship I in February of 2019 catapulted them into the spotlight and paved the way for their inclusion in the inaugural season of the Magic Pro League.

A Career on More Than An Island

Thousands had watched, riveted, as Burchett navigated the Mythic Championship I Top 8 with their Mono-Blue Tempo deck. Their exemplary play, close calls, and thrilling victories resonated with Magic fans around the world, many of whom were particularly moved by the fact that Burchett was the first non-binary player to win a Mythic Championship title.

"The number of people I still have reaching out to me, even now, to say that [my win] meant a lot to them, and that it still does, and that people are still showing me love and support because of all of that, is kind of surreal," Burchett said. "It's really good, I'm really happy it means so much to so many people, but it definitely caught me off guard."


But navigating the metamorphosis from notable player to all-out star and face of the competitive Magic scene comes with its own set of challenges. Their inaugural months in the MPL wreaked havoc on Burchett's mental game.

"Up until my win, I had very much become the kind of person who didn't stress out about what other people were going to think," Burchett said. "It was the sort of thing that I'd struggled with a bit a couple years ago but kinda worked past. Winning the Mythic Championship increased my profile by like, multitudes, and I wasn't expecting it to come back quite so heavily."

While the outpouring of support encouraged Burchett, they also dredged up anxiety they thought they'd left in the past. Because so many fans first heard of Burchett when they won the Mythic Championship, Burchett worried that their support was inextricably tied to tournament success. 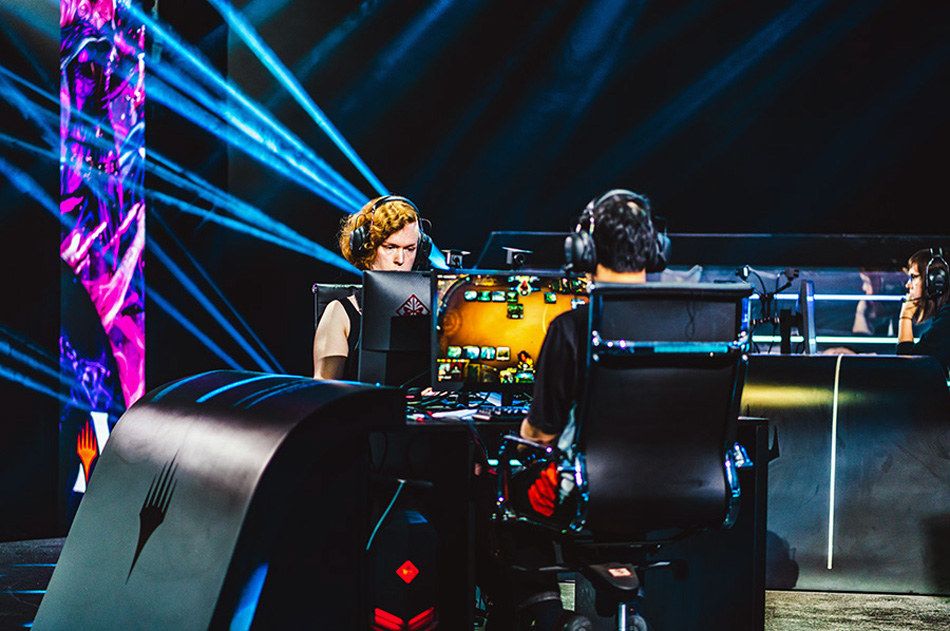 Burchett put the pressure on themselves, and it took time to find their footing again.

"There were definitely a few months where I was really worried about my results because I felt like if I did badly, that would disappoint the people who were looking up to me and proud of me, and would also give ammunition to the trolls who want to flame me and insult me."

The pressure was twofold. In addition to their fear of disappointing friends and fans invested in their success, Burchett also felt like their Mythic Championship victory had painted a portrait of a very specific kind of player.

"There was this narrative surrounding me all weekend [of the Mythic Championship] that I knew this deck inside and out and was really well practiced with it, and that's why I had such an edge over my competition," Burchett shared. "I do think that was a part of that win, but historically I've had a bunch of tournaments where I changed decks right before the tournament and done really well, because a lot of Magic skills are very transferrable."

In the months following their win Burchett tried to remain faithful to that portrait even when it was to their detriment. They said that while they don't think they would have won Mythic Championship I had they not known the deck as well as they did, there have been times when "as a result of that narrative I've put myself in this position of making sure the deck I take to the tournament is the one I've learned inside and out, rather than necessarily the best one for the tournament, and have hindered myself in that regard."

As Burchett's mental game succumbed to these forces, their results plummeted.

That particular low, however, eventually helped guide Burchett out of their slump, providing a path back to the relative equilibrium they'd had before their MC title. Burchett's self-imagined monsters of disappointing fans and failing to live up to a new, more visible profile never materialized. 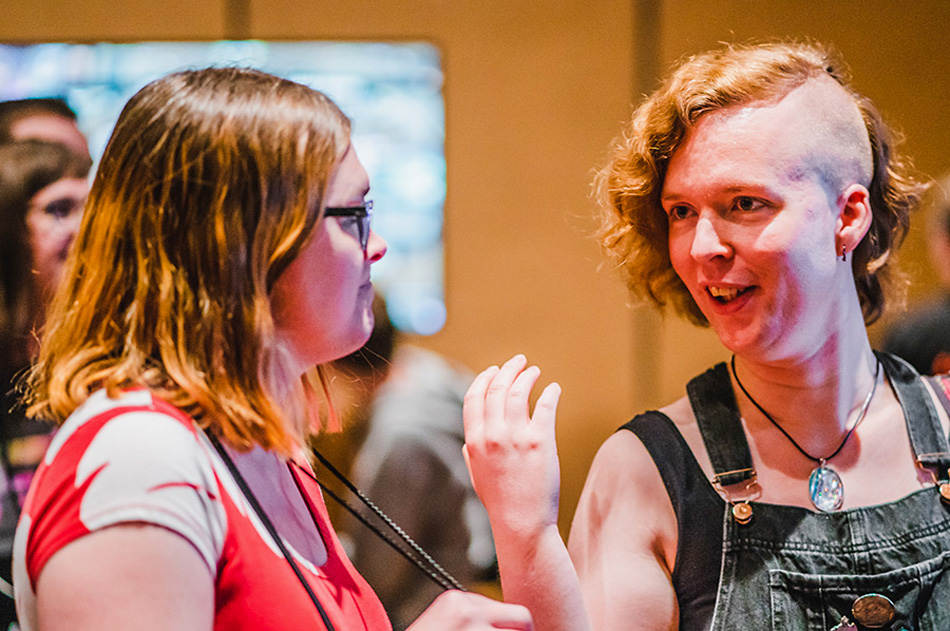 "Despite that, people didn't stop supporting me and rooting for me. You work yourself into these anxious narratives of, like, if I start losing, people are going to stop caring about me, and then I started losing and they didn't. Seeing that definitely helped a lot."

This wasn't the only factor instrumental in overcoming the post-Mythic Championship anxiety. Joining the MPL had the benefit of brining Burchett closer to the friends they'd made through Magic.

"In terms of my close friendships in the community, they've definitely intensified," said Burchett. "It's partially because I'm seeing people a lot more often because I'm traveling more for events—I'm in the US more often, and that's where a lot of my favorite people are—and partially because things feel more intense and more emotionally charged, at least for me. Where I had a few pretty rough months of trying to work through this mental game stuff, a few of those people did offer me support and that's helped a lot and naturally brings people closer."

Burchett specifically called out their friendship with Emma Handy, another staple of the competitive Magic scene and 2020 Magic Rivals League player, as a place where they found comfort, support, and advice—particularly in the months when Burchett was struggling.

"[Emma] was at a few of the different tournaments immediately following the Mythic Championship, and so I was around her a bunch at these tournaments where I was doing pretty badly, and she offered a lot of emotional support and also talked me through things and made me realize part of why this was happening and also made me realize that a lot of the thought processes I was getting into that were causing this were kind of nonsense." 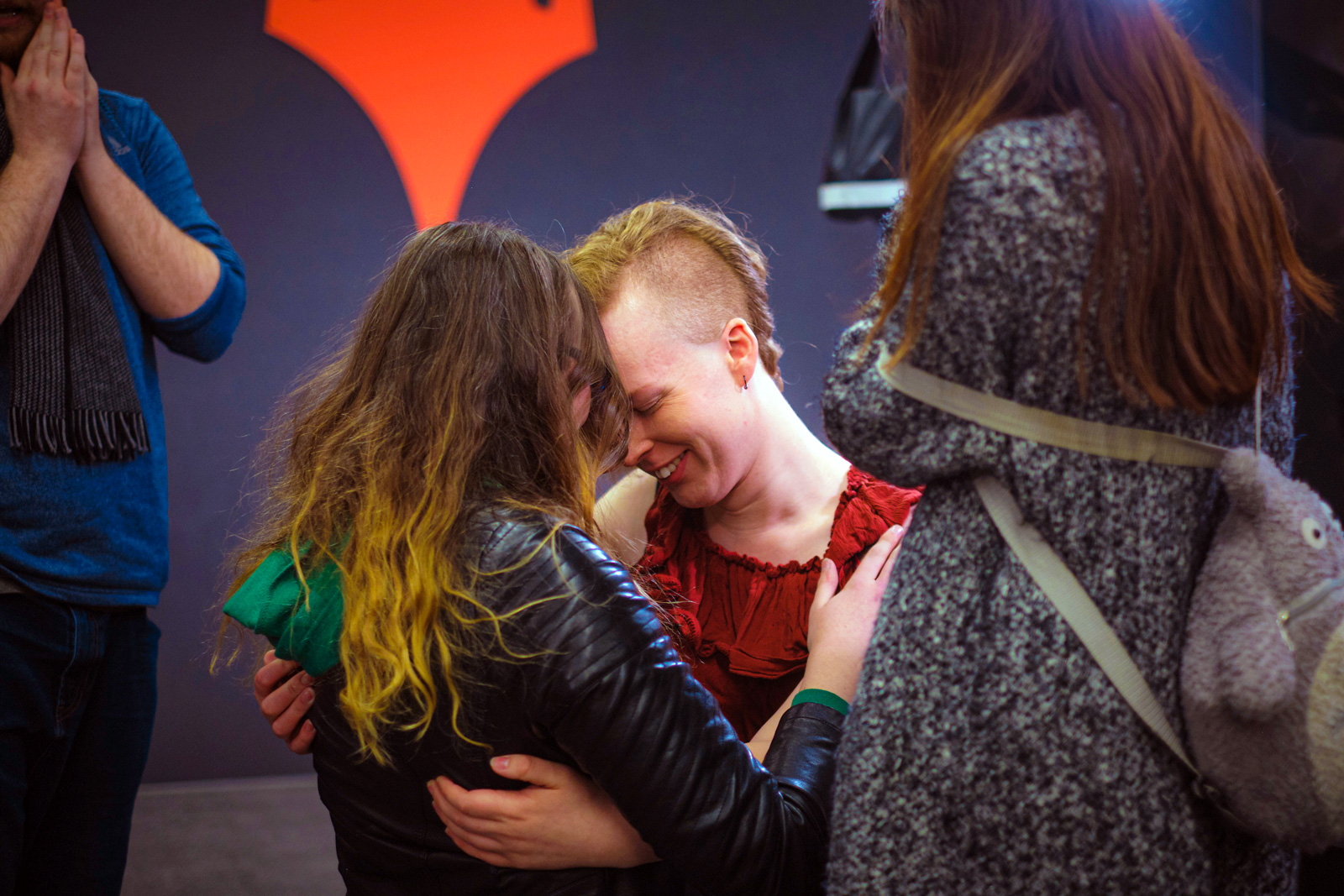 Emma Handy was among the first to congratulate an emotional Autumn Burchett on their Mythic Championship victory.

In addition to pushing Burchett to rebuild their mental game, joining the MPL led to a lot of growth, requiring them to focus more intensely and rapidly improve their game.

"I'm having to be a lot more rigorous now with my testing, partially because every tournament matters so much, and there's so many of them coming so fast, and there was a little while in there where I was struggling with that, but I think now I've gotten to a place where I'm pretty good at keeping on top of it."

Did over 10 hours of event prep today. Am really proud and happy that I’m focusing this much especially considering how much I struggled to prepare for the previous MC


It's another area where Burchett has been thankful for the friendships that have buoyed them since their win propelled them into the spotlight and into a frequent and rigorous array of tournaments.

It's approaching a year since Burchett's win at Mythic Championship I, and with an MPL season, a suite of top-tier tournaments, and months of professional growth behind them, it's time to look to the future. Ambitious goals are part of the formula for a standout Magic career, since it's difficult to attain lofty goals if you don't first set them.

"Obviously I would still love to be in the MPL in eight months' time, when the next rotation happens, and would love to do well at tournaments," said Burchett. "But I recognize that there's no way to guarantee any of that. Most of the players in the MPL are more experienced than me, and know the game more than me."

It's a wild reminder for players and fans who have become used to seeing Burchett in the ranks of the MPL and whose foremost memory of Burchett is their resounding victory at Mythic Championship I. Burchett looks at their year of accomplishments and sees the distance still left to cover.

Burchett has an equally measured perspective on the coming months, keeping their sights on the elements of the game they know they can most affect, their focus on what they know they can, through sheer force of will, accomplish.

"I guess the main thing I'm hoping is that, regardless of what happens, I can say that I have worked my hardest and tried my best. I'm doing an incredible amount each and every day in the hopes of knowing that I've tried my best for the upcoming Players Tour and for Worlds. As long as I've done that I can't really ask for anything else."

Every Worlds competitor has their own lil' video coming up in anticipation of #MTGWorlds. I'm so excited to see them all! Here is mine;https://t.co/TgCR4dNwVt#FindYourChampion