On one side was the Magic Pro League player many consider to be the best technical pilot in the world in Autumn Burchett. On the other was Brad Barclay, with his first Top Finish, looking to complete his perfect Historic run at the Zendikar Rising Championship. 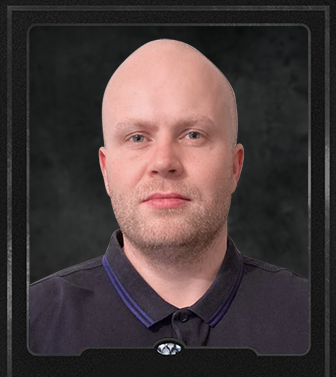 Burchett, a two-time national champion of England, won Mythic Championship I last year in a thrilling victory. She was looking to earn a second title after netting her second straight Top Finish, but Barclay was making a little history of his own: he was undefeated on the Historic format side of the event, with a perfect 10-0 in matches across Swiss the the upper bracket of the Top 8 with his Azorius Control deck.

He had already defeated Burchett's Goblins twice: once in the Top 8, and earlier in the Swiss rounds too. No one could count Burchett out, but Barclay was ready to become the last one standing.

In the first match, both players traded resources in their openers. Barclay leveraged and to keep the board clear, while Burchett resolved to try and pull value off the top of their deck. The value kept coming as Burchett forced off the battlefield a , then played creatures in hand to rebuild after the Barclay used to try and stabilize.

Momentum was firmly in her favor as Burchett attacked Barclay down to just 5 life. But a second sent both players looking to the top of their deck for help—and opened the door for a comeback. England's two-time national champion found to attack Barclay down to 3 life, but another and an for Barclay—as Burchett drew lands—decided the game as Barclay's slow Azorius deck turned the corner and never looked back.

The next game, however, was a clinic in how to win with Goblins. Burchett applied early pressure while building up late-game engines, and the combination kept Barclay off-balance as he sought to answer multiple threats with single target answers. In the end, it went as most Goblins victories do: with a massive swarm of attacking creatures overrunning the opponent.

It was a critical victory for Burchett, evening up the score to try and deny Barclay the chance to secure an early match lead.

The final game took an ironic turn, as it was Burchett that had card advantage in the form of double —a key innovation to Goblins in the maindeck that provided Burchett a steady stream of extra cards throughout the game—while Barclay took to the air with an early creature token.

The extra cards taxed on Barclay's resources in hand, but with 23 life and providing him some protection but he had a double-shot of his own way to attack for the win: two copies of to go with six mana gave Barclay plenty of options.

This time the control deck that took ages to end the first game went aggressive and cycling a to make a 4/4 that stymied Burchett's attacks and pressured her life total. When Burchett's next turn failed to yield a way to confront the army of flying sharks, she conceded the first match of the championship to Barclay.

It was Barclay's incredible 11th straight match victory with Azorius Control in Historic, and he now stood just one away from finishing the tournament with Historic perfection.

Burchett wasn't the only championship competitor who included, in their main deck, cards typically left in the sideboard. In the first game of the second match, Barclay deployed and limited the options Burchett had available. With a to follow up, Barclay found himself in control of the game as Burchett struggled to find a fourth land.

soon followed, and the longer a fourth land failed to appear the further Burchett fell behind. When a key stopped Burchett's before Barclay added a second to his hand, the writing was on the wall. A couple turns later Barclay was just a single game away from claiming the championship title.

The first decision point of the next game came on the third turn when Burchett faced the option of passing the turn doing nothing or running a into mana that represented in Barcley's hand.

Throughout their matches, Burchett had played around with steadfast dedication. She chose to lean into the explosive potential of her Goblins deck and held back to deny opportunities for her opponents to use the card as an early counterspell.

This time they opted to go for it rather than pass up using their mana, and Barclay was ready with the . Then he had an for the next threat, though it did mean the second copy of in Burchett's hand resolved.

But there was another problem for Barclay: his hand was a copy of and five lands. Without an answer for Burchett's next round of creatures, Burchett burst onto the battlefield with and to quickly fill the board. Facing a lethal attack, Barclay needed to find within the two possible cards he could draw.

The perfect draw for Barclay gave him a moment to breathe, but Burchett wasn't out of threats yet. She went for it all with , and the army-in-a-Grandee did what it usually does—put lethal attackers onto the battlefield.

Burchett was finally on the board in the finals, and needed to undo the damage done by dropping their first set through taking this third game from Barclay.

Players again traded resources early, with removing the dangerous while Burchett got out ahead of any possible s by landing . and followed, knocking Barclay down to 10 life on the swing. bought him time, but also tapped him out and gave Burchett a window to cast Muxus—if it could come right now.

This time, it did not. Burchett sacrificed a pair of s to dig deeper, but all that just became a . It was enough to knock Barclay down to 6 life before it was exiled to .

That sent Burchett back to the top of their deck, looking for any chance to close the game out. While was waiting, Barclay had ready to take it out.

As Barclay filled his hand activating Teferi, Burchett drew a disappointing string of lands. A few attack steps later and Brad Barclay was crowned winner of the Zendikar Rising Championship.

Barclay was no stranger to representing Scotland on the international stage, having played on several national teams at the World Magic Cup events in previous years. In those moments after his incredible victory, his thoughts went first to his local community and fellow Scottish countrymen.

Barclay maintained his perfect Historic record with his rogue Azorius Control deck, and went from being the champion of Scotland's heart to champion of Zendikar Rising. 🏆 pic.twitter.com/F8QQZsdOlz