It was the final showdown of the Neon Dynasty Championship. After 15 rounds of play across the Alchemy and Historic formats, plus a Top 8 that awarded six spots to the World Championship and dozens of dungeons ventured into on Sunday, it all came down to a final title match. 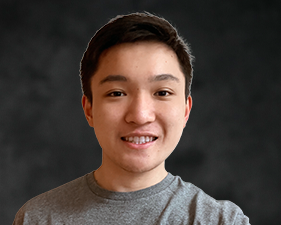 
It was a matchup of veteran and newcomer. Eli Kassis had competed atop the Magic Pro League for the last season and been a force on playtesting teams for the Championships in that time. Dunn has been rising to a high level for years but finally found his breakthrough performance and first career Top Finish with Neon Dynasty.

The Championship would be decided by a best-of-three set of matches, and as play began players traded resources in the early turns, with Kassis removing Dunn's first wave of creatures while beginning his venture into the dungeon. Meanwhile Dunn was setting up his midrange value engine with and slowing down Kassis with .

As players traded blows and removal to try and gain the upper hand on board, it was Kassis who came up with the first massive topdeck: to continue his adventure into the dungeon and crucially turn on Nadaar's passive ability to boost his team and allow his next attack to knock Dunn down to 7 life.

With his offense stalled, Dunn turned to defense, firing off a in response to to clear away one of the Orzhov deck's creatures and give himself a small window to catch up on board with a good draw.

That card turned out to be , which gave him another engine as he fought to stabilize the board by blocking. When the dust settled and Kassis found a second Nadaar to replace the first lost in combat, things looked to be stalled for a time to come.

off the top changed all of that.

The planeswalker threat completely upended the status quo, and Kassis was forced to begin attacking Dunn to try and clear away the spider. While that did result in a large clearing of the board, it left Lolth on the battlefield to repopulate it with tokens. When joined the board a few turns later, Kassis had seen enough and conceded the opener.

Kassis was the one with the card advantage engine in the second game, leading on to draw cards in the early turns while Dunn worked his way through a slow start. and followed for Kassis as he began to work his way through the .

While he was seeking, he found , which jumped into the fray in the middle of combat and swung the board massively to Kassis when he cleared away Dunn's own . Dunn's draw step failed to yield a direct removal spell, and after another turn of the Emperor helping Kassis build on his board, the advantage overwhelmed Dunn and the pair were off to a third and deciding game in the first of a best-of-three set of matches.

The third game would decide who would have command of the title match, and it didn't disappoint. The familiar early game pattern played out, with both players trading removal and resources, leading to a game where both players began to fall down on cards and position even as their life totals remained high.

But games are not always about the life total, and in this case it became a race for Kassis to reach the end of the dungeon. While his life wasn't under immediate pressure, was a way to slow down Dunn's until then. Again, players were locked into a stalled boardstate, in which Kassis' deck was built to excel with its incremental advantages from venturing into the dungeon.

Games aren't always about the life total, but they're not always about small advantages, either. Or, as Cedric Phillips put it, no one can fight the Tibalt tide forever.

The iconic planeswalker gave Dunn an iconic moment, and a few turns of activations later he had taken the first match of the best-of-three finals and now found himself just one match away from reaching the top of the Magic world in his first Top Finish.

But first he had to finish the title match, and the veteran Kassis is known for being unflappable. With his back up against the wall, he opened the next set on an ideal hand that curved into into a host of options on the fourth turn.

The sequence put Dunn on the back foot, and he did his best to fight back with a pair of . It was a fragile position – removal would begin to populate tokens for Kassis – but it was a winning position for Dunn. Kassis needed help if he wanted to keep his championship hopes alive, and off the top of his deck provided him all that he could ask for. That set up a game – and possibly championship – defining play.

The switch had been flipped, and Kassis was on the board.

The Orzhov Venture deck was one of the best-performing Alchemy decks on the weekend, and in the next game Kassis showed off one of its little-used features: going through a different dungeon than usual.

Expecting the sideboarded game to go long like they did in the first match, Kassis opted to begin his dungeon journey through the , setting the stage for an incredibly memorable game.

It was a long journey, but Kassis committed early and as the game pressed on it was that pressed the action for Kassis. With creatures trading off and Dunn's life total getting traded for loyalty on the Emperor, all the while Kassis continued his trek through the dungeon.

Finally, as Dunn struggled to hold on, Kassis decided to get aggressive with his planeswalker and his lands, and he defeated the Mad Mage—and also Dunn, evening the title match at one apiece.

That meant it would all be decided by one last match.

The dungeon-crawling began early for both players with dueling , though they went adventuring in different paths, with Kassis heading back to the Mad Mage while Dunn went to the more traditional . From there, Kassis went to work on Dunn's hand with while Dunn built his board with .

A flurry of combat followed – including a quadruple-block by Dunn in a wild attack step that left Kassis with and a grip of removal spells against Dunn's token army buffed by . With both players at a healthy life total, things were at a standstill until one player could find a way to go over the top.

Or find their way out of the dungeon. Kassis channeled to return , and when Dunn couldn't find a way to remove the creature it was time for Kassis to again cash in for three cards from the mad mage.

Kassis had now won three games in a row, and was just one away from taking the title match and winning the Neon Dynasty Championship.

But it wouldn't come easy, as Dunn controlled the early board and transformed into , making the game difficult for Kassis to navigate even after wiping the board with . and a creature refilled Dunn's board and put enough pressure on Kassis to deploy in a trade to try and stabilize the board. Another flurry of trades followed, and the board was again at parity.

Until Dunn found his own Tibalt, that is. He added it to his field and passed the turn knowing that if he untapped with the powerful planeswalker he'd likely be able to pull away. That put all the pressure on Kassis when he untapped for his turn.

From there, it was an uphill battle for Dunn as he tried to use his creatures to pressure . But as the creatures traded and triggers continued to add up, Dunn's life total dwindled to 7. Even his own Emperor served only to help keep things even, leaving him at the mercy of whatever might be found in the next draw step for Kassis.

Again, Kassis did not disappoint. And in a moment that won't be soon forgotten, neither did the +1/+1 counter from the Storeroom inside the .

Eli Kassis mastered the , and with the win he secured victory at the Neon Dynasty Championship and proved himself a master of Magic and Alchemy.

Kassis guided his Triumphant Adventurers through a stellar Top 8 to secure his win and put Orzhov Ventures on the Alchemy map. GGs Eli! pic.twitter.com/wcqXGnZGwI