Two major changes are coming to the Magic Pro League for Core Split starting the week of August 5. To make each week more impactful, only one division will play in a given week and the division winners will be determined with a Top 4 bracket playoff.

With three splits in 2019, that allows for the opportunity to experiment with ways to hone in on the best combination of high-level competitive play and entertaining coverage. By focusing the coverage each week on the Top 4 players and matches, it allows the spotlight to shine on the top player storylines and critical matches. Each week's stream will have real stakes on the line, as the champion of each division will earn a bye to Day Two of Mythic Championship V.

Division competition will consist of round-robin play as it did during the Spark Split. Players will compete in matches against the seven other members of their division and the players with the four best match records will advance to the Top 4. Players will play one deck for their round-robin matches and may change decks for the Top 4.

Each Top 4 will be a modified double-elimination bracket to reward the top two finishers in a division's round-robin play. The third- and fourth-place players will start in the Lower Bracket and will be eliminated on their first match loss. First and second in the division won't be eliminated until their second match loss. That means that the player advancing to the Grand Finals from the Lower Bracket will have to win two matches.

Here's a look at a sample Top 4 bracket: 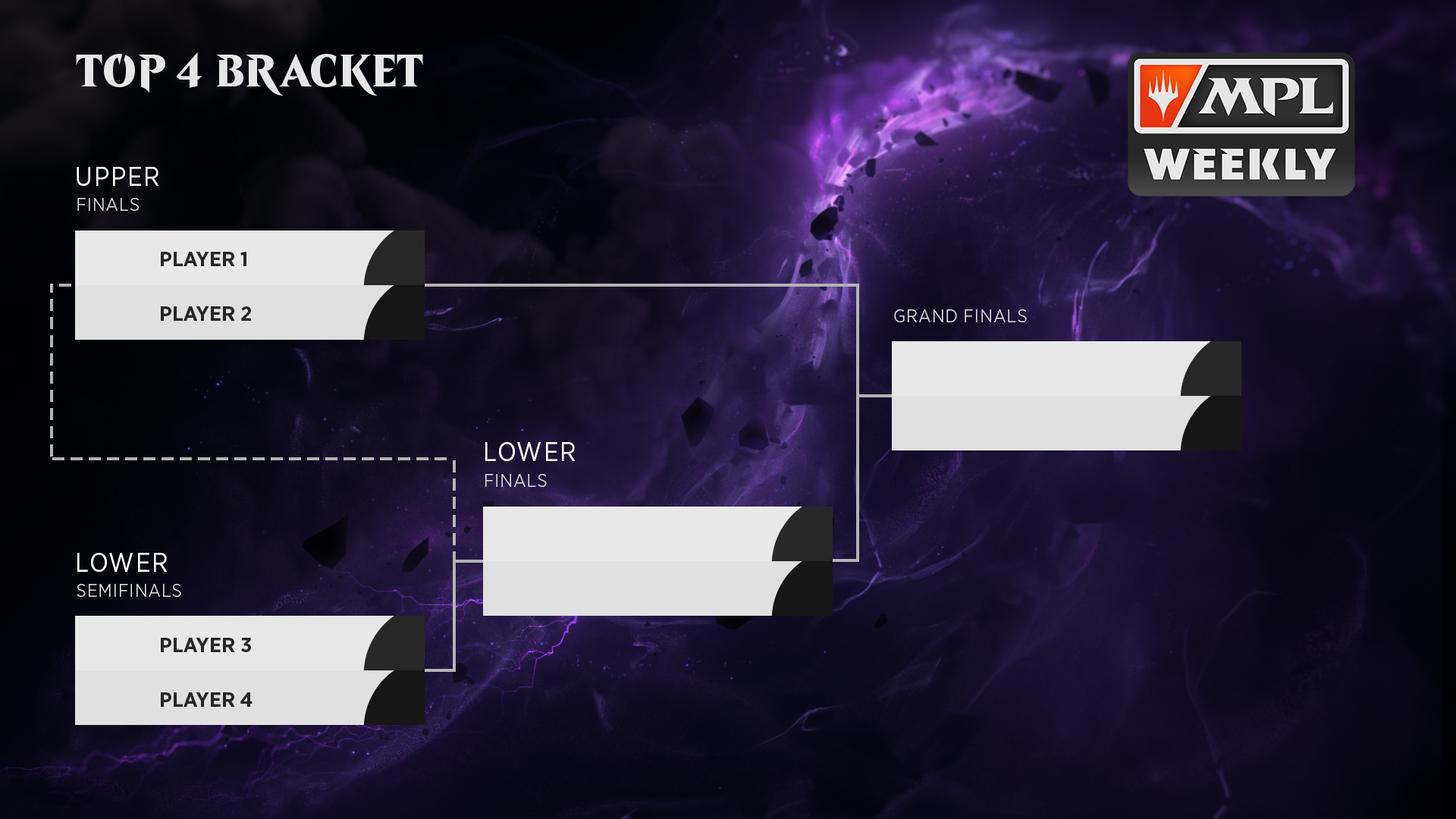 The Top 4 matches will be streamed on twitch.tv/magic across four Saturdays in August and September. To add an extra level of expertise to the stream, a different MPL player will join the casters in the studio each week. For videos of round-robin matches, players will be able to stream those on their personal Twitch channels after matches are complete.

Note that the split takes a two-week break around MagicFest Las Vegas and Labor Day weekend in the United States.

Players were seeded into their new divisions based on Mythic Points as of the end of the Spark Split. And the new division lineups are . . . 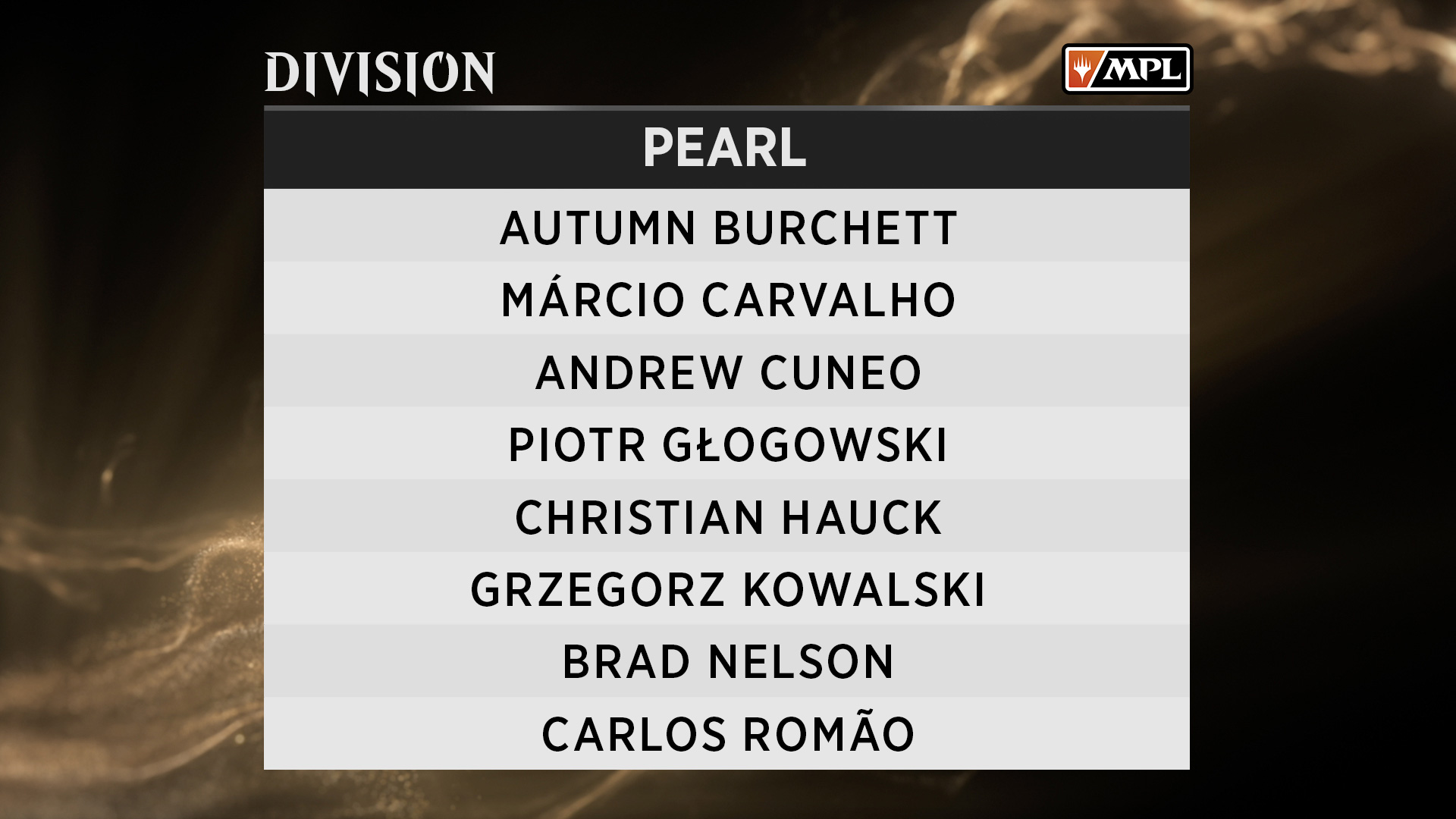 Brad Nelson headlines the Pearl Division as the only player to go 7-0 in Spark Split play. Christian Hauck and Grzegorz Kowalski are coming off Top 16 finishes at Mythic Championship IV. Autumn Burchett, Márcio Carvalho, and Piotr Głogowski are near the top of the MPL Mythic Points standings, while Andrew Cuneo and Carlos Romão are starting to see the gap widen between them and the top of the standings. 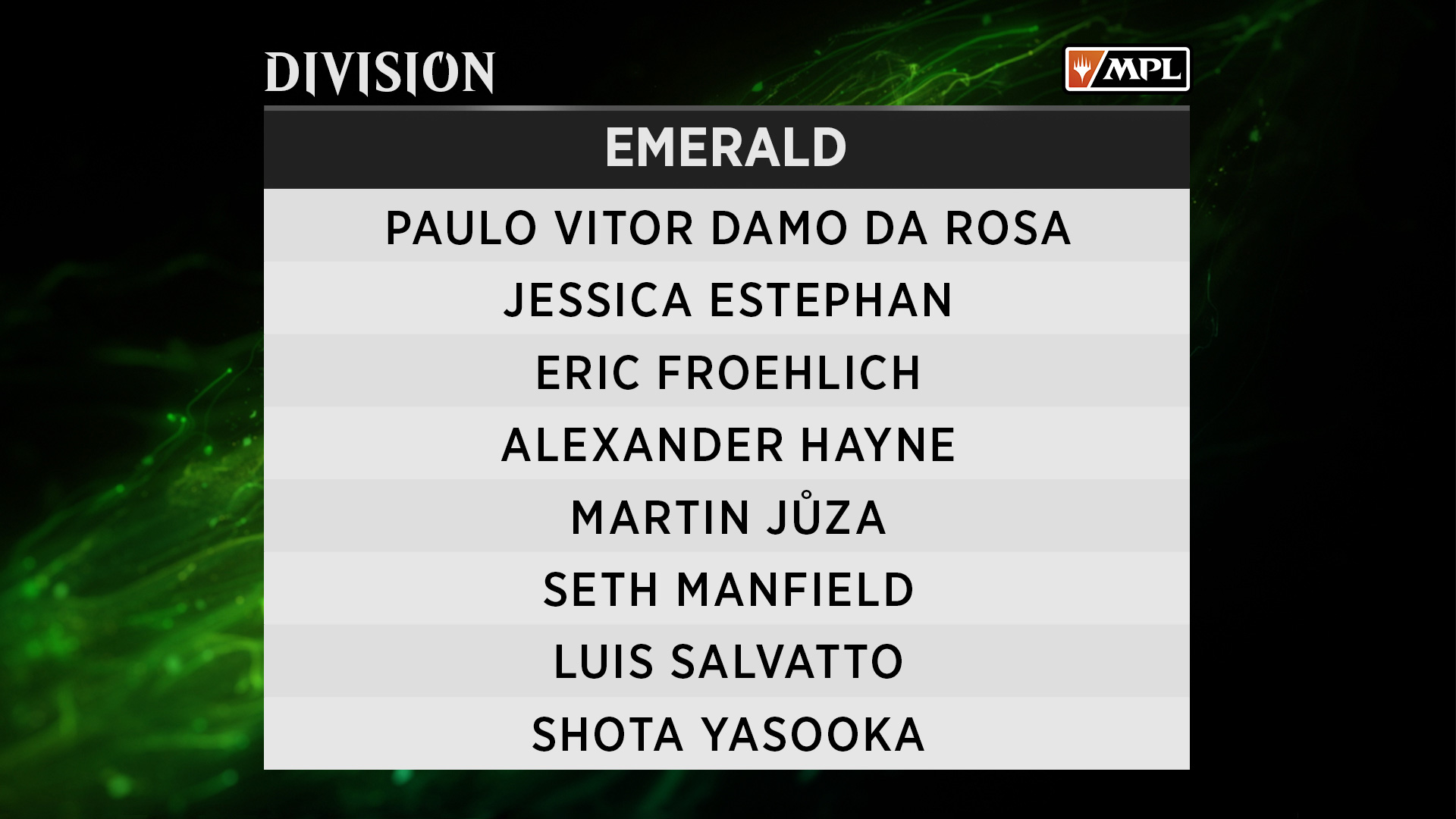 Five Magic Hall of Famers are in the Emerald Division. Seth Manfield and Martin Jůza excelled in the Spark Split–they just had the misfortune of being in the same division as Nelson. Eric Froehlich and Paulo Vitor Damo da Rosa were contenders in their Spark Split divisions too. Shota Yasooka, Jessica Estephan, Luis Salvatto, and Alexander Hayne round out the division. 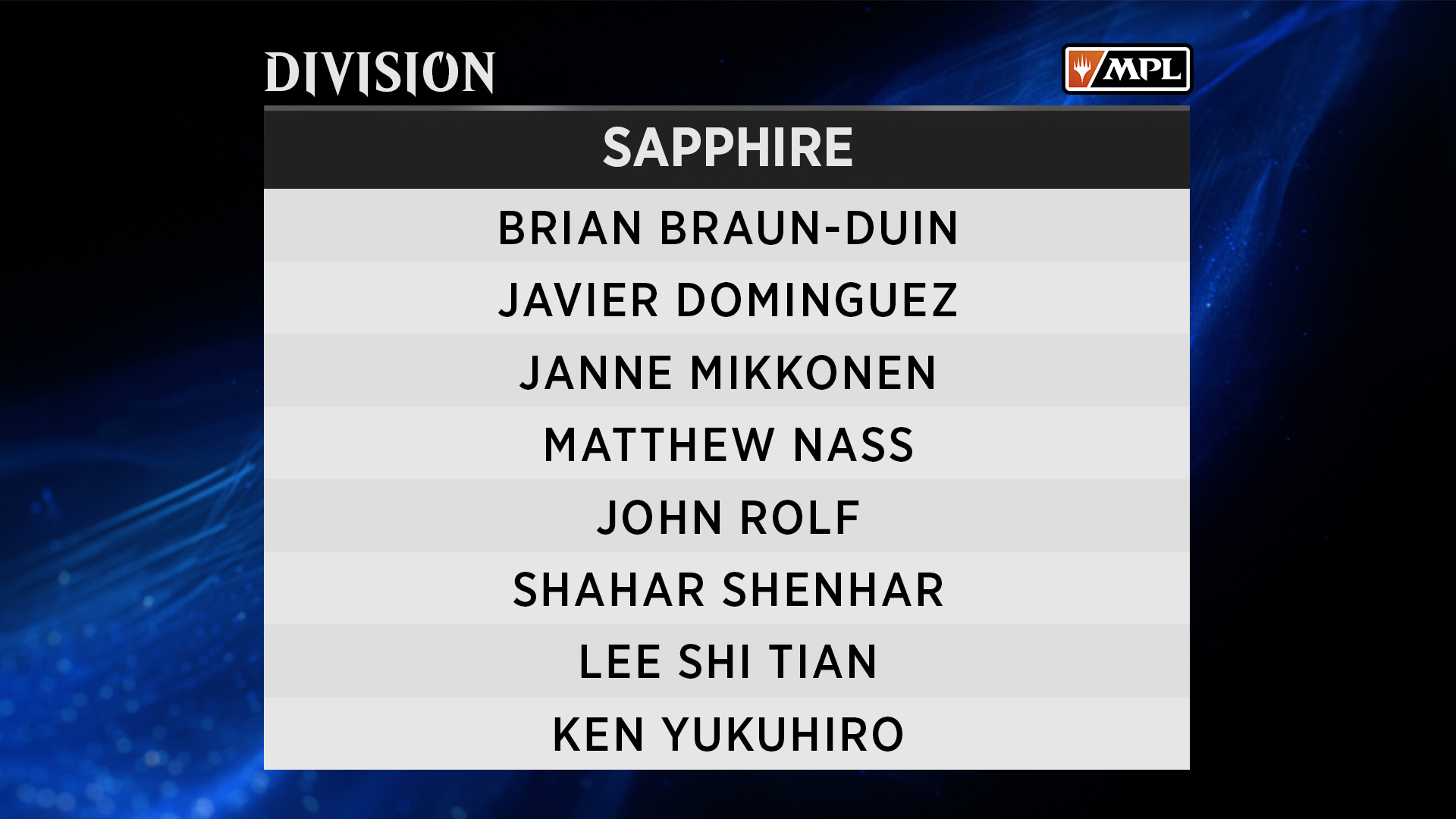 Due to the seeding system, two Spark Split division champs ended up in one division–Brian Braun-Duin and Ken Yukuhiro. Both are forces in Standard, so this could be a real dog fight in the Sapphire Division. Javier Dominguez and Shahar Shenhar are well-positioned in the MPL standings, but Janne Mikkonen, Lee Shi Tian, John Rolf, and Matthew Nass all are looking to bounce back with strong performances this split. 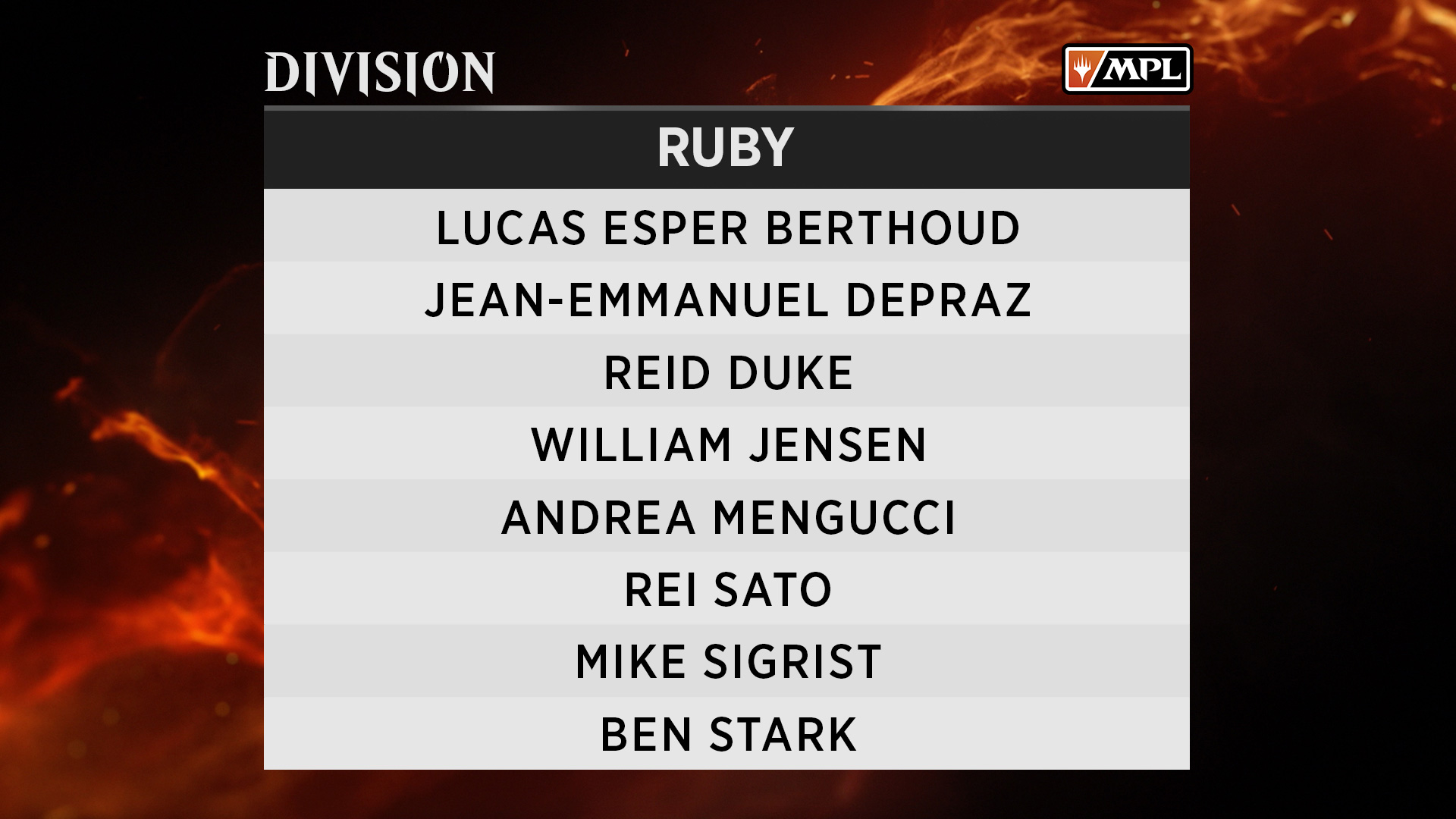 Teammates and good friends William Jensen and Reid Duke find themselves in the same division again, along with Ben Stark and Lucas Esper Berthoud. Rei Sato carries the target of Spark Split division winner on his back. Andrea Mengucci and Jean-Emmanuel Depraz can reinforce strong starts in the season standings with a good run this split, while Mike Sigrist is looking to make up a lot of ground after a slow start to his year.

So join us for this new look at MPL split play starting with the Pearl Division on August 10 at noon PT/3 p.m. ET/7 p.m. UTC on twitch.tv/magic with Becca Scott, Marshall Sutcliffe, Cedric Phillips, and Ben Stark. 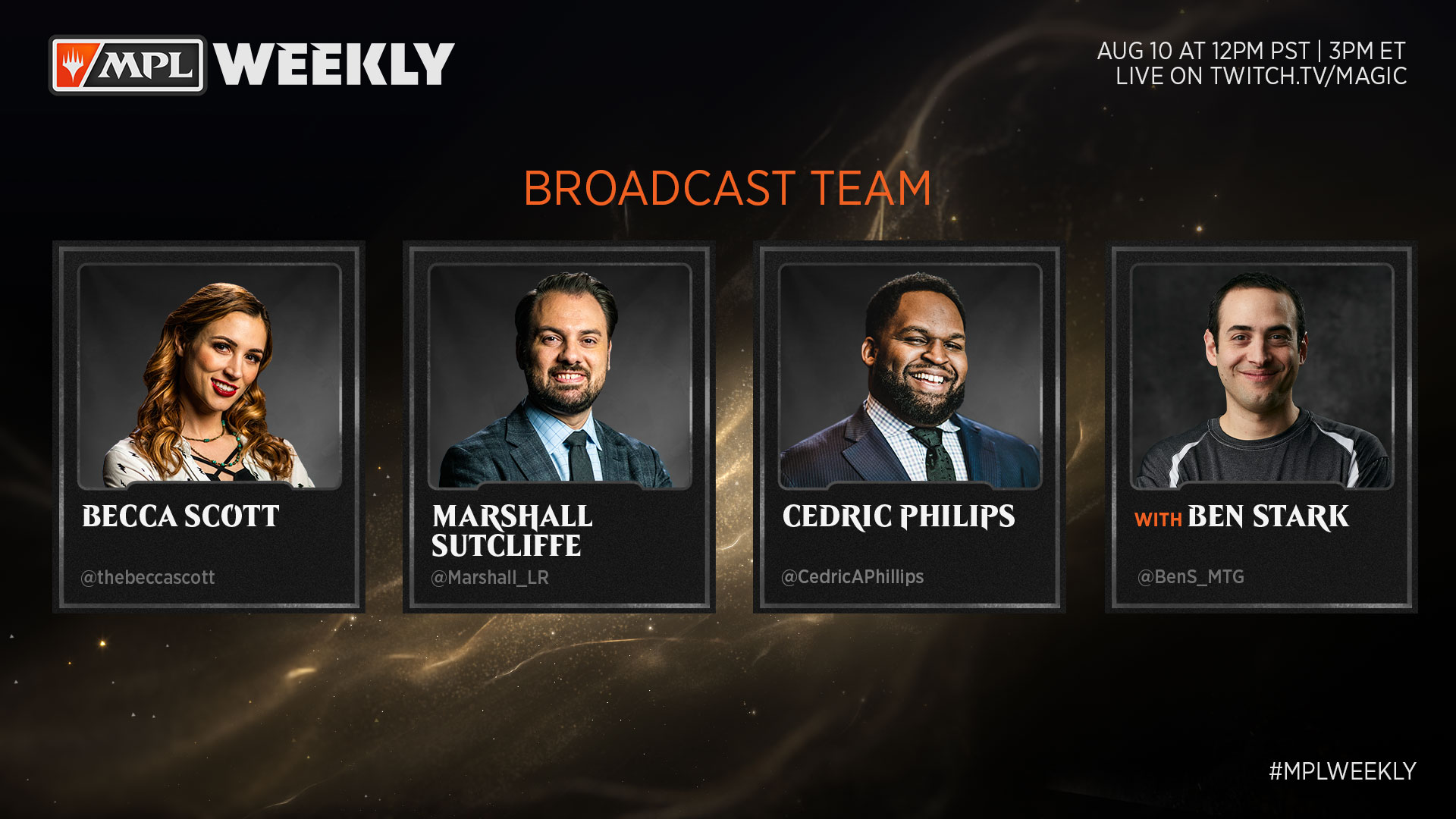