A championship weekend for Magic always brings with it weeks of competitor preparation and days of speculation for everyone else. Sometimes a metagame feels set in stone, only to have a rogue deck show up and batter expectations. Some tournaments, the weekend plays out just as anticipated—exactly as topdecking a when your opponent is at 3 life.

But there's nothing quite like the very first time a format hits the main stage. Not a new set, not the deck of the moment—a new format. At the 2020 Mythic Invitational, players have their chance to make Historic history.

After ten months of MTG Arena play, Historic debuts on the Magic Esports stage next weekend. Nothing shapes a format quite like the approach and experiences of players competing for Magic's top prizes.

August's Historic format Arena Open led to a flood of unexpected decks as players shared their Day 1 and Day 2 winning lists, and while there are fewer players at the Mythic Invitational there's more on the line: $250,000 in prizes and 16 invitations to the 2020 Season Grand Finals. It's impossible to say what will happen there, especially with Field of the Dead's recent ban, but by looking to the past, we can divine at least a touch of the future.

Modern has been around long enough now that it feels like a cornerstone of the Magic landscape, but that wasn't always the case. At Pro Tour Philadelphia in 2011, Modern was unexplored territory. "It was a dream come true for deck builders," said Simon Görtzen, who placed 37th at that event, and is playing in the upcoming Mythic Invitational. 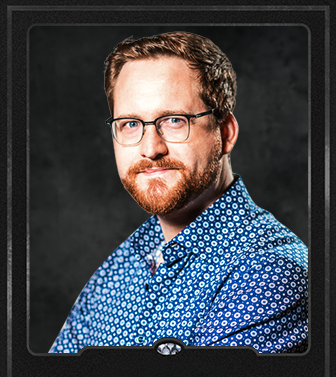 "In Magic, you almost never have the chance to work in a completely new format, and Modern started out with quite a large number of sets and so many powerful cards," Görtzen said. "I personally liked how Modern not only meant a unified card frame, but also a more cohesive design and color pie philosophy."

Browsing the Top 8 of Pro Tour Philadelphia, the powerful cards Görtzen mentions immediately stand out. The decks read like a shopping list of now-banned Modern cards, from , , and to more recent—well, relatively recent—additions like , , and .

"Everyone knew combo was going to be a big part of the format since it was so big, but people didn't know which combo decks were good," said Matt Nass, who's also playing next weekend and finished 17th in Philadelphia. "There were so many linear decks between Storm, Twin, nonsense, and all the other craziness you can do with a cardpool of that size." 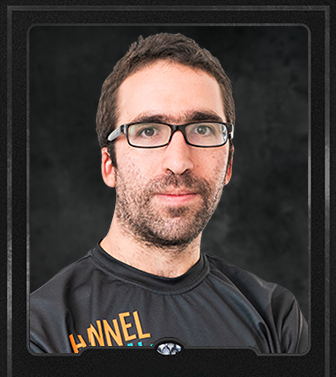 "Heading into the event, players understandably thought that Modern had a classic rock-paper-scissors metagame of Combo, Aggro, and Twelvepost decks," Görtzen added. "But nobody really knew how combo decks would fare as there were so many unexplored options, and existing lists weren't sufficiently tuned yet." 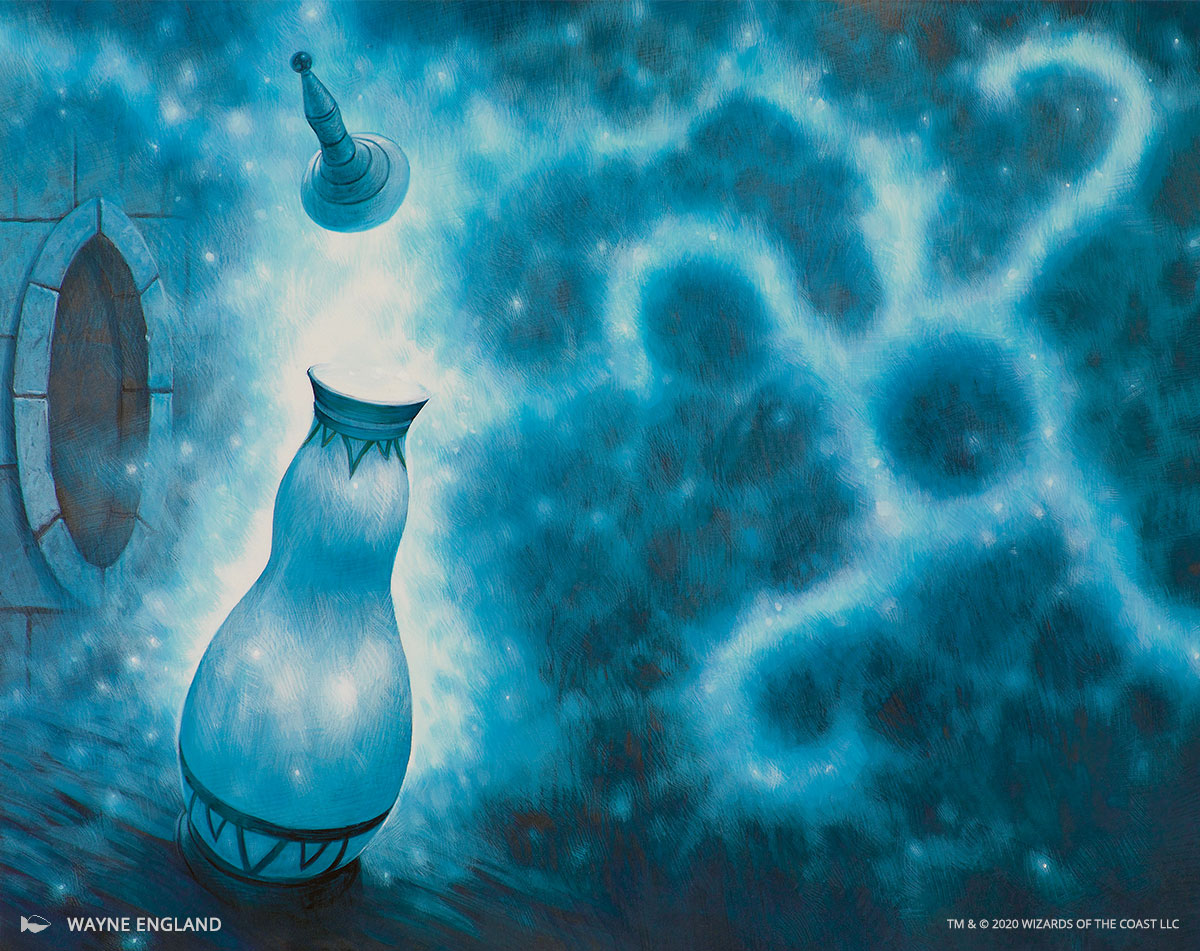 So in this world of unknowns, where did Görtzen and Nass end up to achieve their solid finishes?

"I felt very confident in aggro mirrors and liked my matchup against Twelvepost. Against combo, my matchups were close and favored the player on the play," Görtzen said. "But my reasoning was that my fail rate was lower - my opponent might fail to pull off their combo, whereas I always get to attack with my Artifact creatures."

"I played Affinity as a combo deck first and foremost, with aggression being the backup plan. My list had a playset of s to buff as early as possible, and s to 'double' the damage from , or anything carrying a ."

Of course, a new format always comes with its missteps.

"No idea why I thought my list needed four s though, some of these should have been s for sure," Görtzen added.

Nass, on the other hand, played plus storm combo.

"It was very fast and won a lot of the linear mirrors, but it probably wasn't as good as the things that could just play counterspells main deck or were even faster," Nass explained. "I killed on turn 3 a lot when my opponents were going to kill on turn 4 or 5. Despite it probably being the wrong approach, most people were focusing on their own plans, and that meant speed was king. In retrospect I probably shouldn't have tried to fight on that axis, but given that I did I think I did a decent job."

Both players remember the infect decks that appeared in Philadelphia as the biggest surprise of the tournament.

"The most surprising linear deck was definitely the combo," Nass said. "Our team had heard about it, but hadn't worked on it very much and never tried a good build. Sam Black's list was really well tuned."

"I still remember how they became the talk of the tournament within a few rounds." Görtzen said. "I do regret that I didn't find or consider Infect more seriously. If Sam Black had handed me a physical copy of his deck before the judges had collected our lists, I would have switched."

Those kinds of surprises are the hallmark of a new format hitting the scene, and they could be in store as we rocket through the first Historic format Mythic Invitational.

"Professional events mean the best players in the world spending weeks trying to crack the format," Nass said. "It puts the format up to a certain scrutiny that simply existing does not. This is certainly less true as online play gets more and more popular, but there is always the possibility of finding something completely new when you're dealing with a format that pros have never really tried to break."

From the moment it was announced, Pioneer was the epicenter of a tempest of brewing, bans, and events. The format shifted week to week as players discovered overpowered strategies and rolling bans kept the format evolving.

It's not often that Magic gets an entire new format to romp around in, and Pioneer was the first new format for competition in 2020. 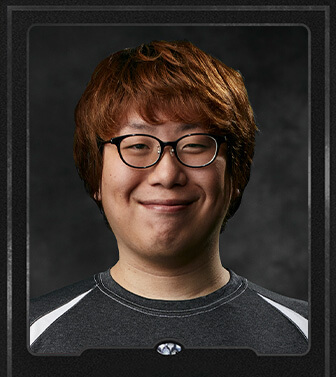 "The format featuring cards from Return to Ravnica and forward means that I can use many cards which were printed after I started playing Magic competitively," said Ken Yukuhiro, who finished second in Nagoya with a characteristically surprising Sram deck. "I was very excited about the card pool having many memorable cards for me." 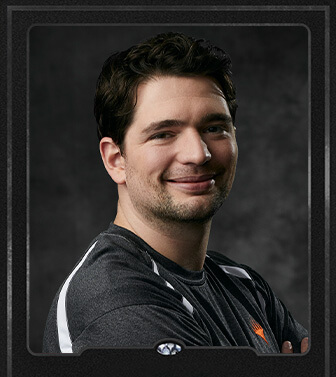 "I think new formats are always exciting, as they present an entirely new puzzle that we have to solve, and Pioneer was no different," Damo da Rosa said. "The most exciting part is not having the same decks we've always had but having a brand new everything, which allows different cards and combinations to see play."

The Pioneer speculation all came to a peak at the Players Tours in early 2020. As the tournaments in Brussels and Nagoya unfolded across the first weekend in February, the decks some players had shown up with became the talk of the Magic world. The combo-control build reminded people of , Modern's once-dominant deck.

"The biggest mystery about Pioneer going into the tournament was whether someone had managed to break it or not," Damo da Rosa said. "When there's a new format, especially one with a bigger card pool like Pioneer, there's always the possibility that some incredible combination of cards is discovered that just breaks the format wide open. We tried to find this combination ourselves, but we failed, so we were really hoping that our failure was due to it not existing rather than our inability to find it."

We all know now, of course, that turned out not to be the case.

"The biggest surprise of the weekend were the decks," Damo da Rosa said. "We knew they existed, but we thought they were just a reasonable deck and they turned out to be very good and format-defining."

Damo da Rosa played Five-Color Niv-Mizzet with , which he says in retrospect didn't stack up against the field that well.

"Our list was very well tuned, so it was a great version of Five-Color Niv-Mizzet—probably the best version of it—but the archetype as a whole was not good," Damo da Rosa explained. "We predicted a more 'fair' metagame than we found, with a lot of Mono-Black Aggro, Mono-Red Aggro and decks like that, but there was actually more Combo and Ramp."

That fits Yukuhiro's approach to a new format. "In a fresh meta, it is better to force an opponent to have answers than trying to answer what an opponent does, that is what I try to find first," he said.

Considering the change that the Players Tours brought to Pioneer, it isn't wild to speculate about whether something similar could happen in Historic in the coming weeks.

"The ladder metagame is never too polarized, there's always at least some variety, and it's hard to know which decks are the best just from looking at it," Damo da Rosa said. "A high-level tournament will lay the format bare—the pro players don't have any qualms about just playing the best deck, so if the perception is that there's a deck that's better than everything, it will show up in very big numbers."

Yukuhiro also touched on another way in which Magic's big events can change a new format.

"The biggest key to my success [at Players Tour Nagoya] was that I could find a testing group in which everyone was eager to study the new format," he said. "I wouldn't have been able to do enough testing by myself in a new format so joining the best team in Japan made a big difference for me."

Historic sits at a unique crossroads in the coming weeks. There's no card pool quite like it in all of Magic, and while players in events all across the internet have stretched their deckbuilding skills and imaginations exploring the boundaries of Historic, there's been nothing quite like the coming weekend. 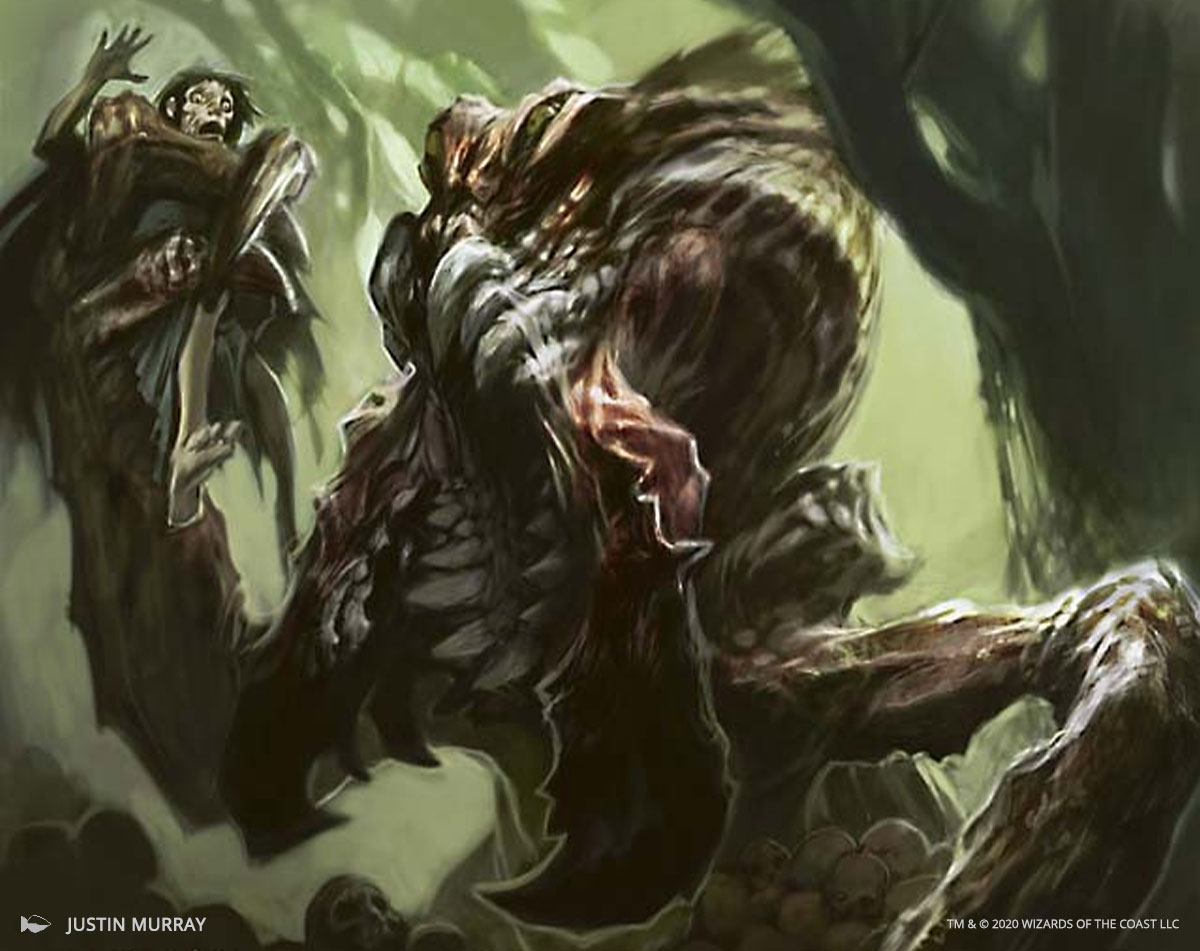 "I think the influence pro level players give to a format after a pro level event is huge because the amount of energy and skill they utilize to build a deck are enormous," Yukuhiro said.

Görtzen added, "I believe that you need to give deck builders and innovators incentives to invest the time and share their creativity with the world, and there's nothing better for that than a high-profile tournament like the Pro Tour. Pro Tour Philadelphia 2011 was, without exaggeration, a shot at writing history."

The debut of Modern and Pioneer indeed led to Magic history being made. After Pro Tour Philadelphia, the Splinter Twin deck Samuele Estratti used to win went on to define the format for years, and Sam Black's Infect deck resulted in Blazing Shoal (as well as many other powerful cards) being banned from Modern in the aftermath of the event. Similarly, the dominance of Inverter of Truth and the other breakout deck of the weekend, using Underworld Breach, put both cards into the finals of Players Tour Phoenix—and onto the Pioneer banned list later.

So when players sit down next weekend at the first ever Historic format Mythic Invitational, they're competing not only for the trophy and the prizes, but for a chance to be written into the memories of Magic players and the legacy of the format for years to come.

Catch all four days of the 2020 Mythic Invitational, beginning September 10, live on twitch.tv/magic.