It's an audacious statement—after all, second place still earns a life-changing $150,000 cash prize to the winner's $300,000—but when one considers Carvalho's resume over the past five years, it's easy to understand his confidence. In addition to his finalist finish in 2016, he's put together an astounding six other Top Finishes, including a pair of Top 4 finishes at the Magic Online Championship. Carvalho has the assurance to stake such a bold position because when it comes to results, he's accomplished nearly everything else possible in the conversation for being among the strongest players in the world.

But when it comes to Carvalho, that's not all the conversation is—or perhaps ever will be—and he knows that.

Here, there are no words that come easily. To understand the 34-year-old man about to take part in the biggest tournament of his life, you must also understand the 16-year-old boy who found success too early—and how early mistakes can haunt you for a lifetime.

And understand why comeback stories always begin with a fall.

Carvalho's career and road to the Magic World Championship has been as troubled as they come. Put politely, his checkered past includes a pair of event disqualifications and a six-month ban from competitive Magic. He was forced into an extended hiatus from the game, and upon his return in 2014, he was almost immediately disqualified—though not suspended—again at the World Magic Cup.

Carvalho knows that he cannot hide from his past and that he cannot change it. It's as much a part of his journey to Honolulu in 2020 as his first Grand Prix Top 8 finish 18 years ago—or his epic loss to Brian Braun-Duin at the 2016 Magic World Championship finals. His legacy in Magic is a story not yet complete, and he is adamant in proving there is more to write. 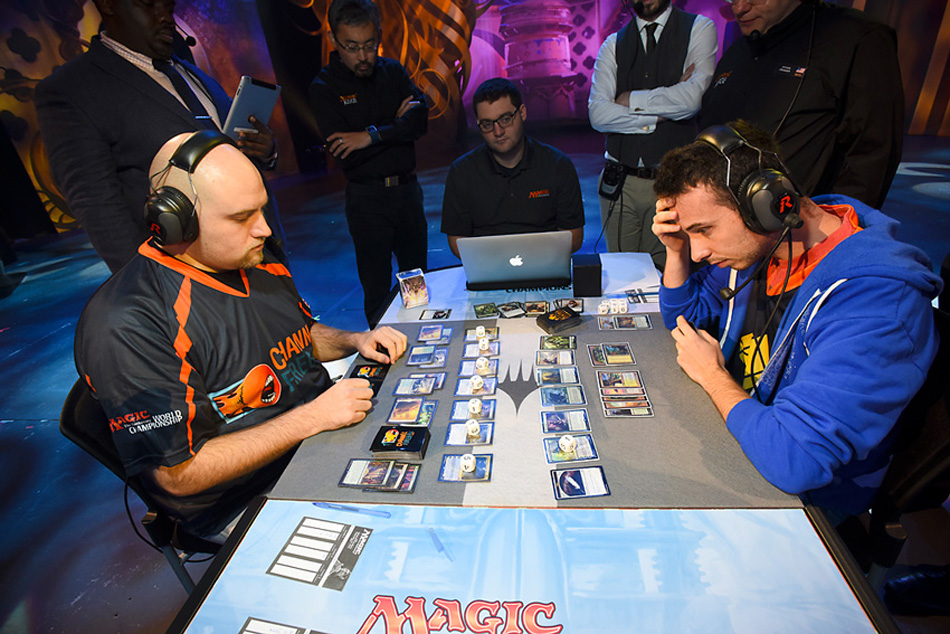 Carvalho doesn't want to focus on the player he was, a specter he feels haunting him as he fights to prove he became a different player today.

"When I was younger, I wasn't my best self, and I wasn't a perfect person. I committed my sins," Carvalho said. "[What I did wasn't] everything that people said, but in some things, I was in the wrong and I acknowledge that. I could have handled things better; I could have been a better person."

"When I was younger, I was very cocky, and I had a lot of success at the beginning when I was 16 or 17—winning a Grand Prix and Top 8'ing Worlds—and I didn't handle the success like I should have. I was too young to be that good, and it didn't help me as a person. [I've] paid for it by people scorning me, and I can't blame them."

Luis Salvatto, Argentinian standout and former Player of the Year, has been a teammate of Carvalho's for years and puts it much more straightforwardly. "Márcio was already a well-known player," Salvatto said, reflecting back to when he met Carvalho, "with people accusing him as a cheater—with some stories—that [they] probably know better than me. But I started to know him pretty well, sharing a house and living with him during my first year [as part of the] Dex Army, and it was super easy to realize how good he is for the game." 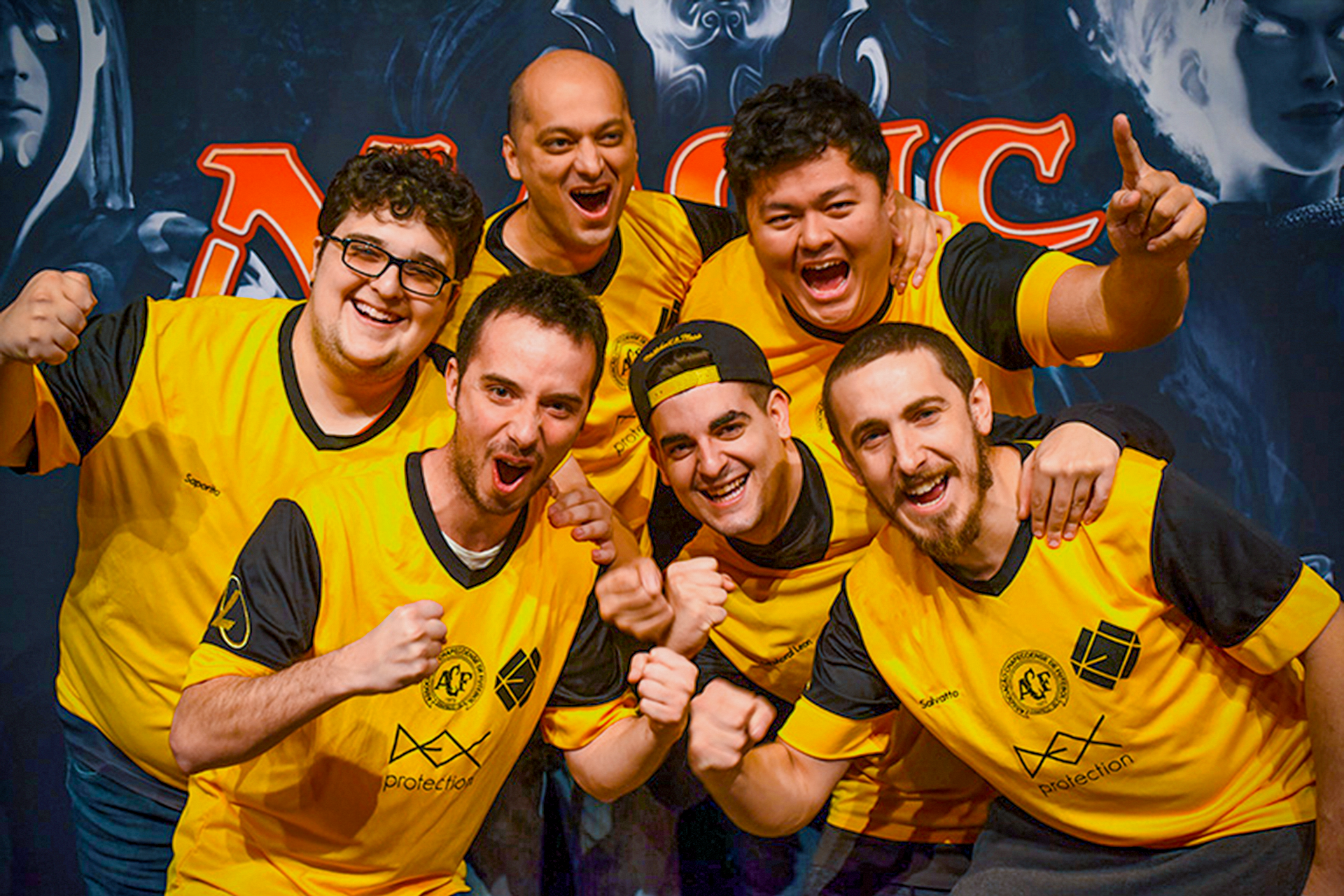 "He is miles ahead. Since I've known Márcio, he's always been the same, helping all his friends to improve in Magic, but he's super closed emotionally. It is hard to make him talk."

It was another player, Magic Hall of Famer and South American Magic community legend Willy Edel, who helped Carvalho see the path forward. Edel has been a one-player hub for the development of South American professional Magic over the past 20 years and set the groundwork that would go on to produce stars like Luis Salvatto, Sebastián Pozzo, and Matias Leveratto.

Edel first met Carvalho in 2005. Then, Edel was on his way to becoming a Magic Hall of Famer. Already a leader within his community, he saw the same potential in Carvalho. Like the patient mentor he's known to be, Edel unfailingly encouraged Carvalho not to just be the player he could be, but the player he should be.

And when Carvalho was disqualified in 2014, Edel was there to tell Carvalho what he needed to do in no uncertain terms.

"He told me straight up, 'If you quit, they'll only say you did it. If you really want them to stop, you can't quit—you have to show them they're wrong. If you endure it, people will come around.'" Carvalho recalled. "Willy took me into his team and helped me through the hoops. He did everything for me—I just had to play."

So, he played. But he did more than that as well.

As Carvalho earned his reputation as one of the strongest drafters in the world, he never strayed from supporting his community as well. He was just as likely to help a local PTQ winner test for the Pro Tour as he was to work with a superteam.

When others reached out to test with him, Carvalho often declined their invitations to keep his focus on those who were there next to him. That spoke to Carvalho's growth for Edel as they joined forces, cementing a tight bond between the South American and Portuguese communities that continues today.

"Márcio has always been a very generous person, and he has always sacrificed [opportunities to test with] the greatest playtesting teams he could so he could test with a team of Portuguese and Brazilian players," Edel explained. "That's something people don't know about him, and they should."

Edel empathizes with the challenge Carvalho has gone through, but Edel saw Carvalho grow, bit by bit, into the community leader he envisioned him becoming.

"He always makes the time for his local community. He's been a very positive person for the community, and it's sad that he doesn't get any recognition for that." Edel shared. "When I fell off the [Pro Tour] and was really down, he was there for me, and I could never forget that."

"I first got to spend time with Márcio at Worlds 2005, when we developed a friendly relationship. Like myself, Márcio enjoys a good laugh and is an easy-going person. His personality never changed a bit on this subject since the first day we met," Romão said.

Soon after meeting him, Romão took some time away from competing on the Pro Tour but followed what was happening in high-level Magic all the same.

"As with other Magic stars from the past, I believe he was too young [when he had his first successes] and tried to prove himself to the world," Romão said. "What most of the people don't realize is the amount of pressure we put on our shoulders after we start winning in Magic. Pro players want to prove they are not a fluke and put themselves in a bad position sometimes."

"I am not trying to justify anything—a mistake is a mistake, and people should get punished for doing it," Romão continued. "I believe he learned from it and realized by himself that he needed to improve, and Márcio did it with the skill level he has in Magic."

Salvatto, too, is pointedly clear about where Carvalho was—and where he is today.

"I think that everybody made mistakes—even me. At the very beginning of my competitive play, I made [the kinds of] mistakes that I realized fast were bad for the game," Salvatto said. "Some people take more time, and some people never change. I've definitely known Márcio for a few years, and I know how good and how clean he is as a Magic player." 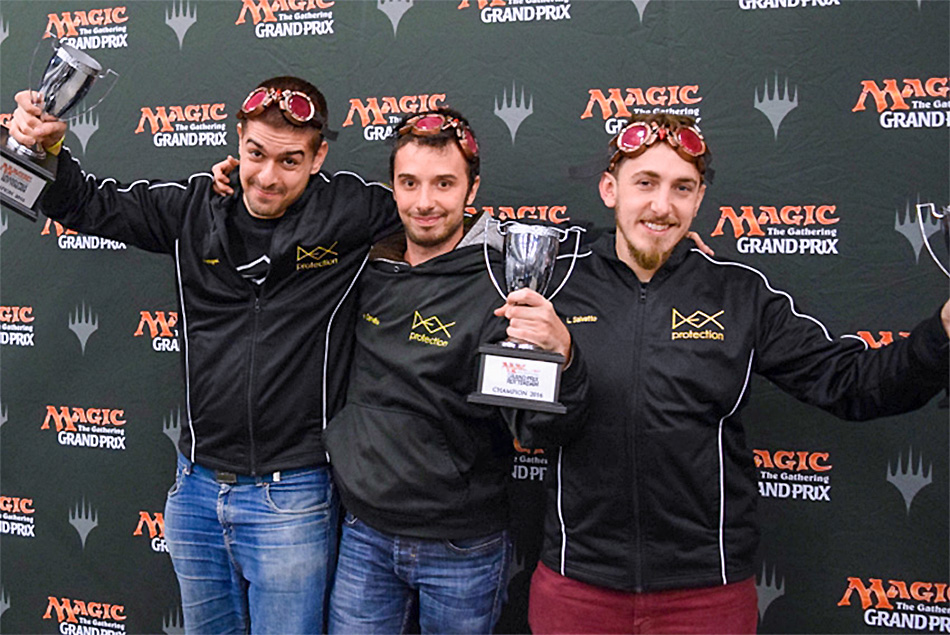 It's the unstated "now" on the end of Salvatto's quote that perpetually hangs in the air for Carvalho. Since his unceremonious end to 2014, Carvalho dedicated himself to his community, remaining laser focused on his goal—competing to be one the greatest Magic players in the world—and earned indisputable victories. In addition to eight Grand Prix Top 8s—including two more wins—he notched four Top Finishes from Pro Tours and Mythic Championships, his finalist finish at the 2016 World Championship, and two Top 4 finishes in the Magic Online Championship.

Under the scrutiny of the world and the professional Magic community, and alongside some of the greatest players ever from Argentina, Portugal, Brazil, and beyond, Carvalho put in more than a Magic Hall of Fame-level resume that started in 2015.

"I believe present Márcio is a better person than young Márcio: the family guy that cares about everyone around him, helps his friends to improve in the game and in life, and never puts himself in front of others' needs," said Romão. "On the battlefield, the last five years proved that he is one of the best players in the world. Tabletop or digital—he will dominate the scene for a while."

"All people make mistakes," Carvalho said. "But all people can evolve. In life or Magic, sometimes people think it's a one-shot: you do something wrong and you don't deserve anything anymore—one mistake and you can never atone for it."

"But I want those watching to see that people can evolve. They can learn from their mistakes and be better for it. Even if you throw out the tournament results, Magic has helped me to become a better person, and it changed my life," Carvalho said. With teammates like Javier Dominguez, Carlos Romão, Luis Salvatto, Willy Edel, and so many more—the community he's poured himself into all cheering and celebrating their unique successes in professional Magic—Carvalho is clearly celebrated by friends as the player he strives to be.

"For a game to do that, to me that's pretty big. There's been a lot of low points, but the good parts are way better than the worst. Now there's only one thing left to do: win the World Championship."