Jean-Emmanuel Depraz almost had it all. The Grand Finals of Mythic Championship V featured a showdown between Depraz, having fought his way back up from the lower bracket to face off against Javier Dominguez again. Depraz notched a win in their first match to reset the bracket, and their second match led a winner-take-all third game.

Dominguez, 2018 Magic World Champion, became the Mythic Champion V winner when he "believed in the 'Cleave." In a typical story, this would be the end of it for Jean-Emmanuel Depraz. A fantastic finish—Finalist at a Mythic Championship!—but nothing more.

But Depraz's story wasn't over.

I don’t believe I have ever felt so happy waiting at an airport after losing a match of Magic. They say second place is the worst, but right now it doesn’t feel that far away from first... 1/4


"I didn't really understand it before winning the match." Depraz said. "I knew [Dominguez]'s invitation would be deferred, but I thought that it would create another at-large slot based on MPL standings. Imagine my delightful surprise at the end of the match when I learned, in addition to getting to the finals, I had just qualified to the biggest tournament of my life!"

2018 was an incredible year for Depraz. His standout performance netted him invitation to the inaugural MPL class, but he narrowly missed out on his one clear goal: Being among the best and playing in the World Championship.

"Missing out on the World Championship should have been a big hit, but if you replace it in the context of last year when I went from basically nothing to the Magic Pro League it didn't affect me as much as it would have otherwise." Depraz said. "I was determined to do my best to get there the following year, but staying in the MPL was my main focus and I figured a World Championship would come as a 'bonus'—although a huge one—if I did well enough."

Depraz, like some of Magic's greatest competitors, looks at each tournament, match, and game as its own. Unlike the jubilant celebration of Javier Dominguez, Jean-Emmanuel Depraz doesn't react in the moment. "To be completely honest with you, I am not good with emotions. I feel them, but toned down compared to most people, and they need to sink in for some time before I really understand them." Depraz explained. "As a player this is actually a strength because in that kind of situation, in-between matches, I don't lose either my cool or my focus on what comes next."

"That said, even toned down, learning about the World Championship qualification was a huge burst of pride and happiness!" 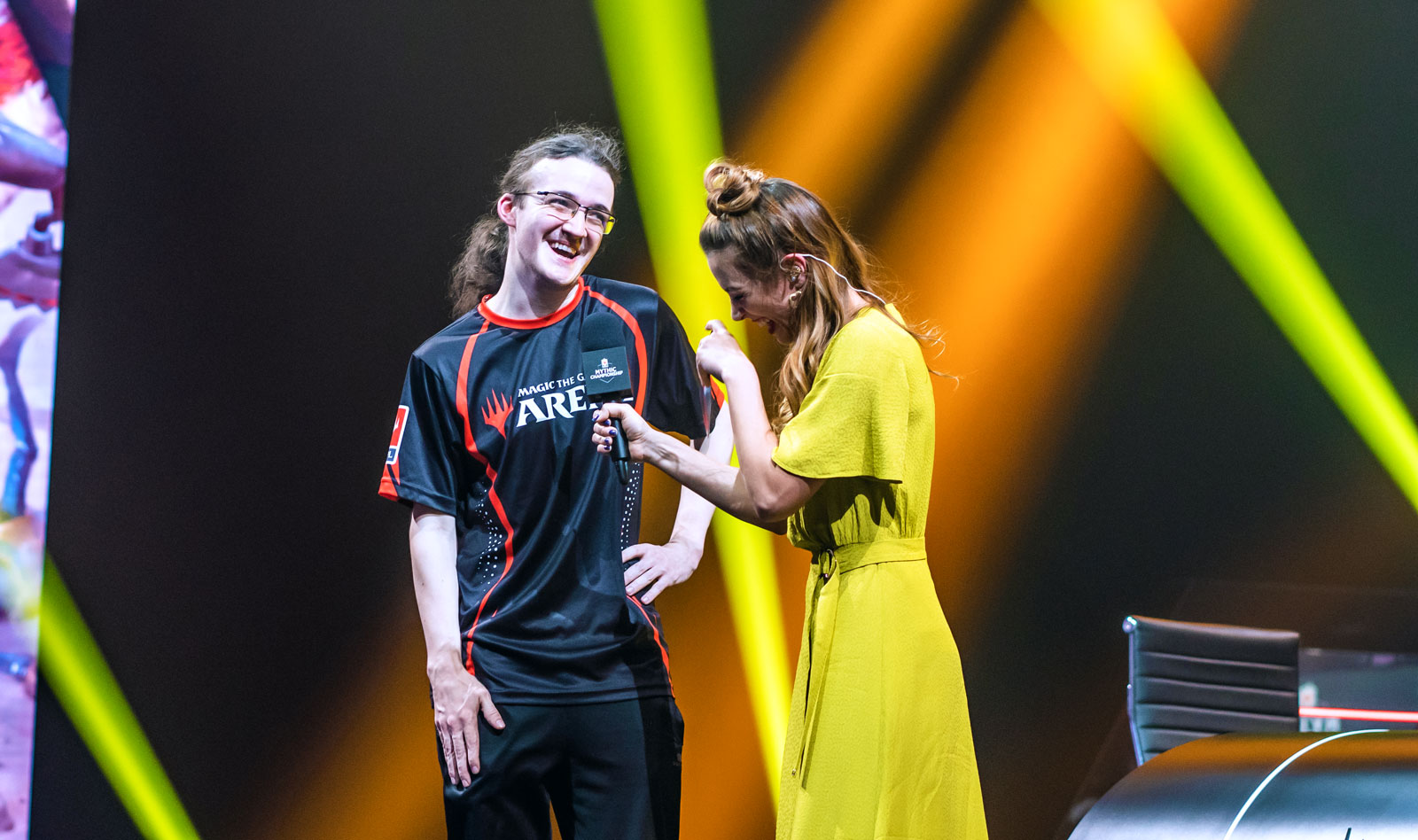 Jean-Emmanuel Depraz discovered his World Championship invitation while winning his way to the Grand Finals.

Taking the game as it comes, and keeping calm when the stakes are raised, makes sense given how Depraz approached competing this year. "I didn't change my approach to the game that much from 2018 to 2019. In general I try not to expect anything other than giving my best, because for one that's the only thing I can control, and it is also the mindset that led to each of my performances." Depraz said. "With the MPL putting a lot of pressure and expectations on my shoulders, this has been harder to maintain. But by taking small breaks before major tournaments—a couple days each time without playing or thinking about Magic—I mostly succeeded."

It's not a perfect system, of course.

"My performances in 2019 have actually been variable. I have done well in all major tournaments—making Day Two at every MTG Arena Mythic Championship as well as the Mythic Invitational—but very poorly in the MPL Splits." Depraz said. " I have a hard time getting in the tournament mindset when I am sitting alone, facing my computer at home. I am a little too relaxed and disconnected from the stakes and make more mistakes as a result. This has affected me, despite performing alright overall, because in the Splits you face only players of the highest caliber. I wanted to prove to myself that I could compete on that level."

"Beating several of the best players in the world at the last Mythic Championship was a welcome confidence boost in that regard." 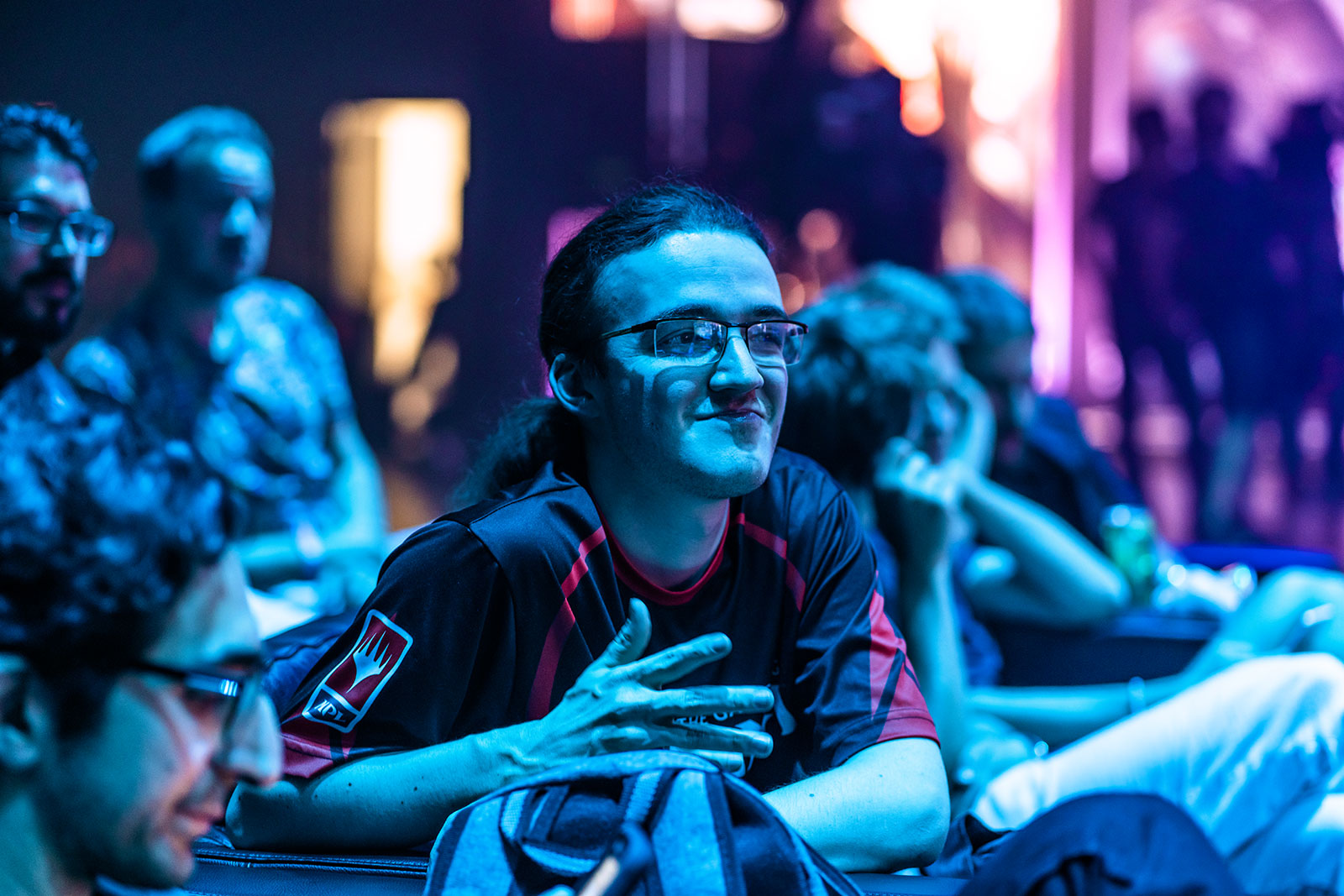 Athletes like Depraz always face their own insecurities, even as the world cheers them on. For him, his family and friends have followed his journey through to its latest heights. "I have the most caring and supporting mother, as well as three little sisters (that are not so little anymore)." Depraz said. "They usually don't watch the [tournament] stream, but they know what it means to me and sometimes even listen to me when I rant about random game-related things."

"A lot of my friends—who were watching the stream—told me they couldn't go to bed until way too late because I kept winning." Depraz said. "I would like to apologize to them—and their coworkers, who probably wondered the following day what strange party they had gone to!"

His family and fans will be following him to the World Championship no doubt, but it's what's comes next at Mythic Championship VI and VII that may be the biggest challenge Depraz faces next.

"Now that I have earned a slot in the big end-of-the-year tournament, and almost secured my spot in next year's MPL, the next months are going to feel weird and test my motivation. Why am I competing, what is on the line for me?" Depraz said. "A couple years ago, I used to think that in every game of Magic you play you face three distinct 'enemies' in your opponent, the inherent variance of the game, and yourself. Now, I am not sure I should be trying to best anything other than myself. Not because I am better than anyone else or anything, but because that is what drives me personally: the intellectual challenge."

"The need to prove I am better than others has slowly faded away, and although I fear it's going to affect my motivation at some point I feel like it's a good thing." Depraz said. "To get back to what I [said earlier], not expecting anything in terms of results becomes way easier when the only fight you are waging is against yourself. You just stop caring about what the world gives you back."

If you never expect anything, any result comes as a good surprise and you never feel like you « have to do more ». That’s something I learnt in Warsaw two years ago and that has followed me ever since. I hope I can preserve this mindset as long as I’ll be competing. 4/4


"I am not there yet, but that is the path I envision."

Depraz will continue carving that path, both later at the 2019 Magic World Championship and sooner at Mythic Championship VI. Watch how his story continues on twitch.tv/magic beginning Friday, November 8 at 9 a.m. EST / 6 a.m PST / 2 p.m. UTC.