Mythic Championship VII is the end of the line for the 2019 professional season. With status in the Magic Pro League and the potential for a seat at the Magic World Championship up for grabs, the battle in Long Beach is where 2020 careers start for the game's best players.

Each of the four Eldraine Split MPL Division winners—Márcio Carvalho, William Jensen, Shota Yasooka, and Piotr Głogowski—has something on the line next month. Among the division winners, Carvalho leads in the standings with his grip on a Magic World Championship seat almost unassailable.

And he's putting in the work to make sure he stays ahead of the rest of the pack. 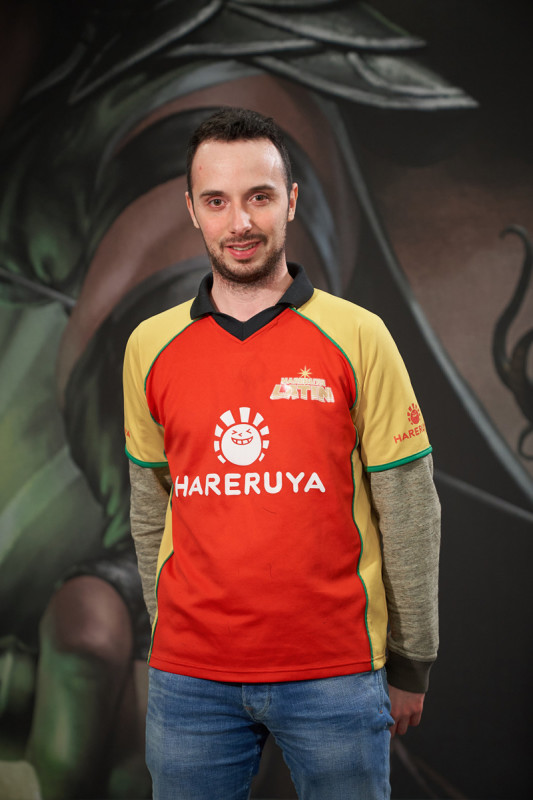 "I want to secure my spot at [the Magic World Championship]," Carvalho said, "seeing I already won my split and have a head start into Day Two." Split winners skip the Day One scrum and will net at least 24 Mythic Points, an incredible edge for Carvalho to earn and something he wasted no time in celebrating.


In the wake of Oko, Thief of Crowns (and a few other powerful cards) being banned from Standard, the metagame for Mythic Championship is wide open—which makes Carvalho's usual team of champions the perfect mix to ensure he comes out on top. Who's he working with? "Carlos Romão, Lucas Esper Berthoud, Lee Shi Tian, and Andrea Mengucci." Carvalho said, listing a murderer's row of talented players. "The only one missing is Javier Dominguez for this one."

Even without one of the hottest players in Magic on hand, Carvalho has the support—and is in turn supporting—a stellar group headed to Long Beach. While Carvalho is on hot pursuit of a World Championship seat, the other three Eldraine Split division winners are looking to hold on to their spot in the MPL.

Piotr Głogowski at No. 17, William Jensen at No. 18, and Shota Yasooka at No. 19 each earn at least 24 Mythic Points at Mythic Championship VII from their split finish, and for all three it looks like that may be enough to keep their Magic Pro League seat—but notching a Top 8 for a career Top Finish and even more Mythic Points is on all their minds.

"Because of the minimum points being the same as for Top 16 anything beyond that would be great." Jensen said. "I think the Top 16 value finish leaves me in a pretty safe, but not 100% for MPL next year."

"I am looking to get enough points to stay ahead of the Rivals cut and stay in the MPL." Głogowski said. "To qualify for [the Magic World Championship] I believe I'd need to win the entire event—which I'm not banking on—but to get more than the number of points I'm guaranteed I need to Top 8 the event. Obviously, I'm going to try to do that."

Yasooka shared the same. "My goal is to finish the tournament with enough points to stay in MPL next year, but I was able to win [my division] and I will probably be ok. I would like to work on winning as many games as possible. " 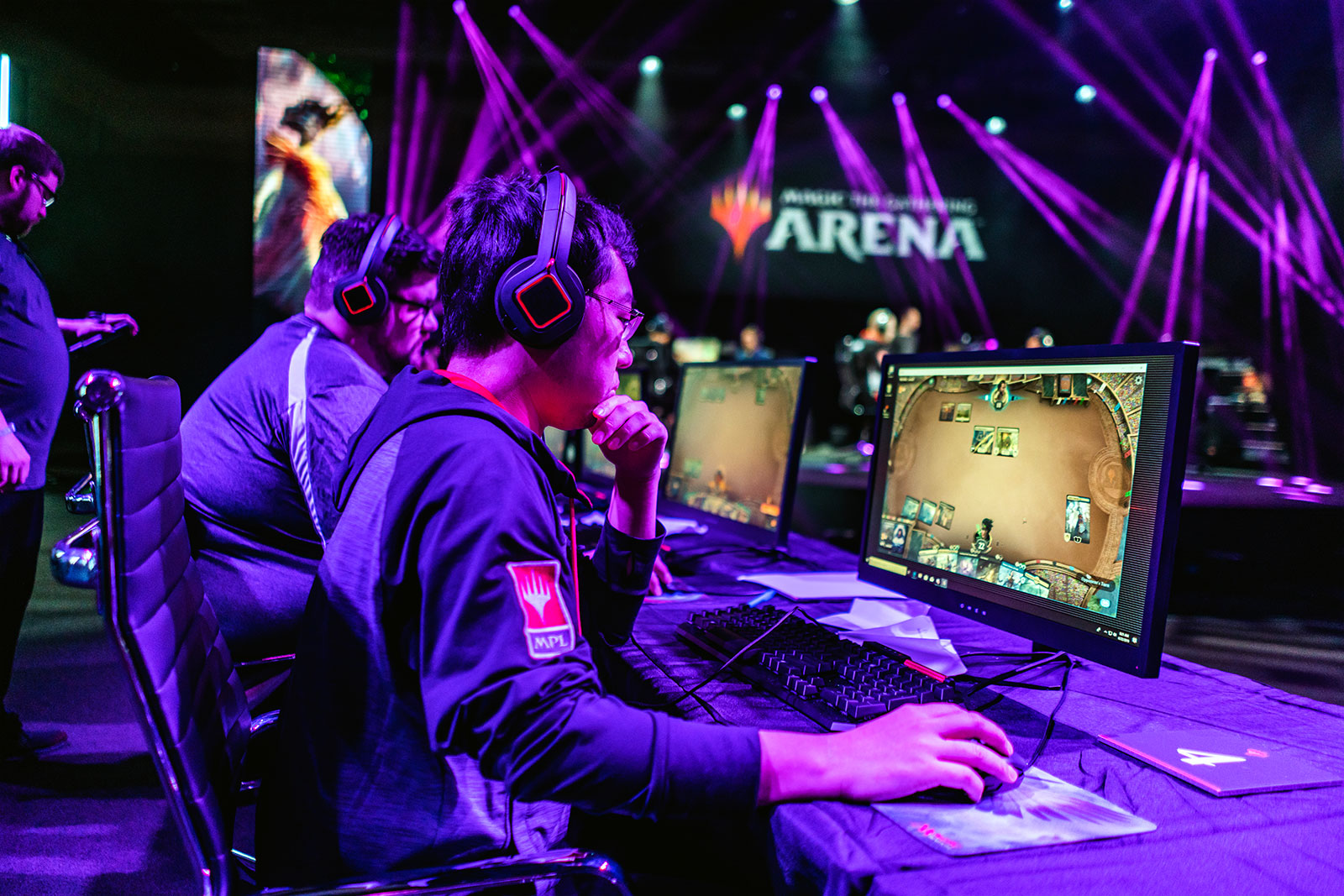 Where the three division winners vary is in how they'll approach earning a Top 8 in Long Beach. Yasooka's focus and skill is renown, but his path may be the toughest among the them.

"I tend to playtest with Musashi," a legendary team of professional players from Japan, Yasooka said, "for [tabletop Magic events]. But for MTG Arena, I work alone most of the time." Renown for both his Magic skill and lone wolf approach, Yasooka surprised many joining a team of Japan's best players. Without a team to draw from for Mythic Champion VII, Yasooka settled on another path to see how decks in the new Standard metagame perform: Twitch Rivals.

"I am going to look at the results of Twitch Rivals," Yasooka admitted, "and watch other players stream as I work on Blue-Black Control."

Głogowski's plan as a Magic streamer makes sense, and is as punchy as you expect Kanister to be: "I work with a team of 200+ Twitch Chat users at any given time."

"I watch other streamers, try to netdeck, and try the strategies that were short of being great before the bans." Głogowski said. "With three cards being banned, the shakeup is similar in magnitude to a winter or spring set being released."

Jensen's approach is like Carvalho's: A team of expert tabletop Magic competitors to work with.

"I am working with Reid Duke, Andrew Cuneo, Gabriel Nassif, and Shahar Shenhar." When your team consists of two Magic Hall of Fame members (Duke and Nassif), a fellow—and the only two-time—Magic World Champion (Shenhar), and a three-time Mythic Championship Top 8 competitor (Cuneo) who are each also qualified and battling in Long Beach, it makes sense to listen to what they have to say. 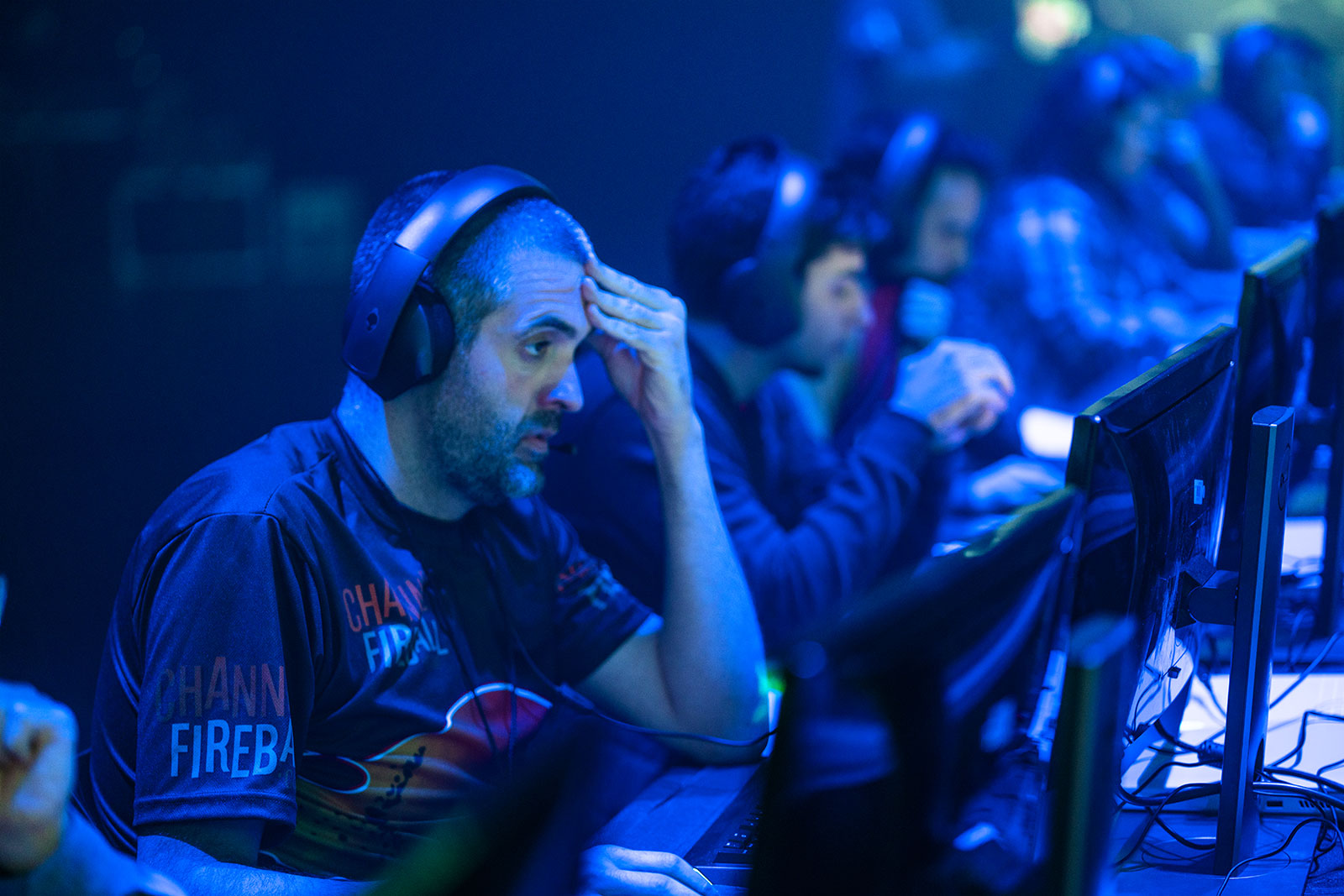 "I think this is a bit of an easier one to approach, because often in a 'new' format it's due to a new set and you have to spend a lot of time learning the cards." Jensen said. "All these cards have been out for a while, even though there were some more very powerful ones, too. This means that intuition will be a little bit better than with completely new cards."

When it's coming from one of the best players in the world, their intuition on what to try next sounds like an excellent idea.

With new Standard decks and the greatest Magic competitors from across the world, the MPL division champions will have their hands full battling for the Sunday Top 8 stage. Don't miss a minute of the action all weekend when the Mythic Championship VII broadcast kicks off December 6 at 9 a.m. PST / 12 p.m. EST / 5 p.m. UTC at Twitch.tv/magic.