192 competitors came to Nagoya for the first Players Tour, representing no fewer than 20 different locations from around the world. While hosts Japan made up more than half the field, with Australia (18) and China (12) a long way distant, it was a hugely varied starting line-up:

Theros Beyond Death Booster Draft got the ball rolling, and 24 of the 192 players made a perfect 3-0 start. I'm a big fan of Christian Wijaya's White-Red list: 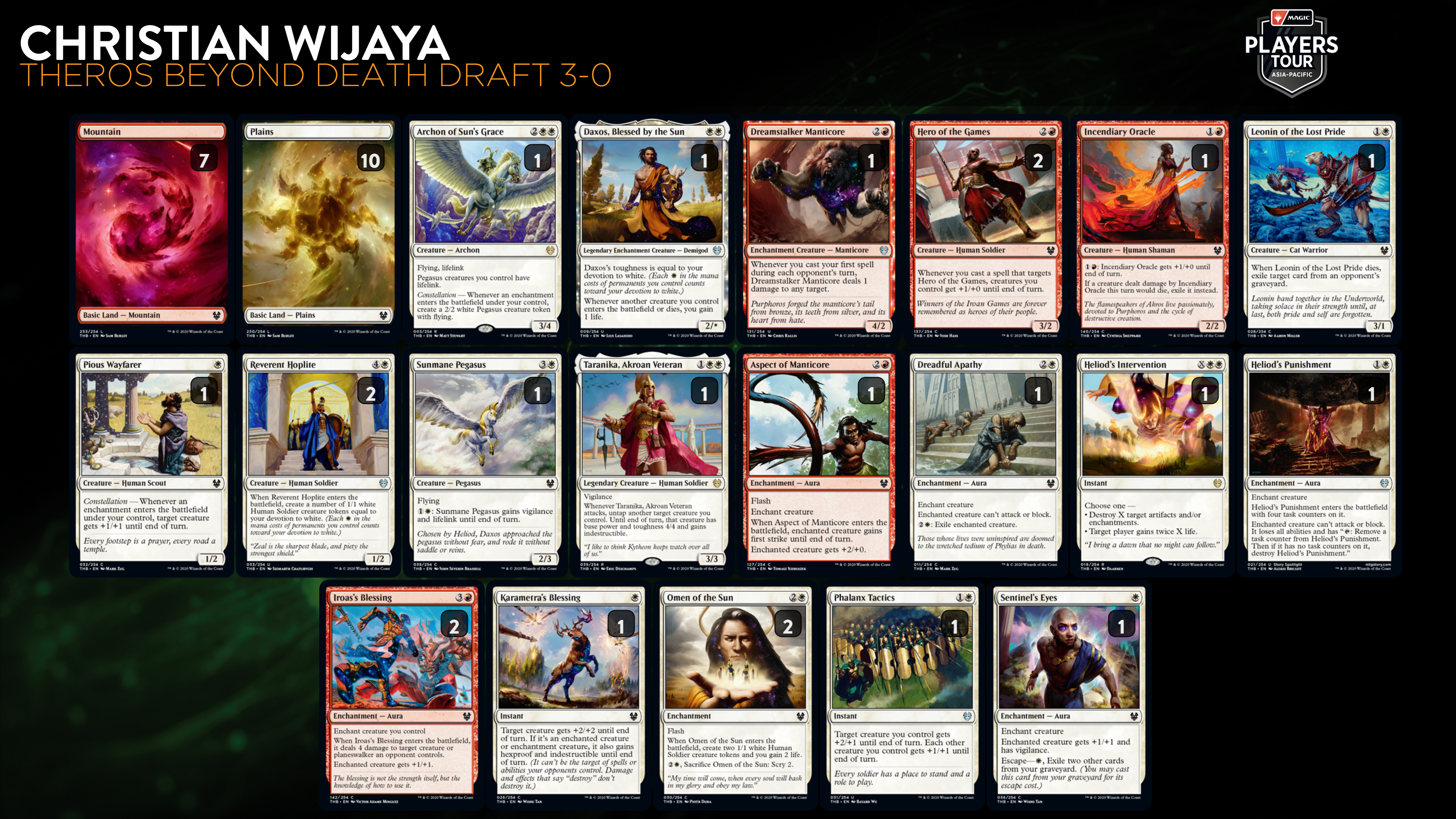 can be powerful, and , against the right opposing board, can be game over. But is a great card, essentially unbeatable over time. Here, Wijaya had ten Constellation triggers waiting to spit out 2/2s with lifelink, and many of those helped to get opposing creatures out of the way. A fine deck, and a fine start for the Indonesian.

With the Draft done for the day, it was over to Pioneer, the newest, sweetest Constructed format around. Over at Players Tour Brussels, Dimir Inverter of Truth decks were making plenty of noise. Indeed, Inverter decks were the second most played at the European event. Here in Japan, Inverter went further, as it were, topping the charts at a mighty 19% of the field, ahead of expected favorites like Mono-Black Aggro (13%) and Niv to Light (11%).

Despite the top three decks claiming 40% of the field, the overall shape of the field was incredibly diverse, with 17 players being the lone pilots for their deck of choice, while the deck with the most hype—Ken Yukuhiro's Sram, Master Artificer concoction—certainly started out strong. Check out the complete Players Tour Nagoya Day One Metagame breakdown for more details.

And tomorrow, we'll be delving into all the key archetypes, working out what deserved the hype, and what fell flat on the big stage.

It's Round 8, so let's take a look at the Dimir Inverter deck in action. If you're Lee Shi Tian, it's quite simple. First, you do this: 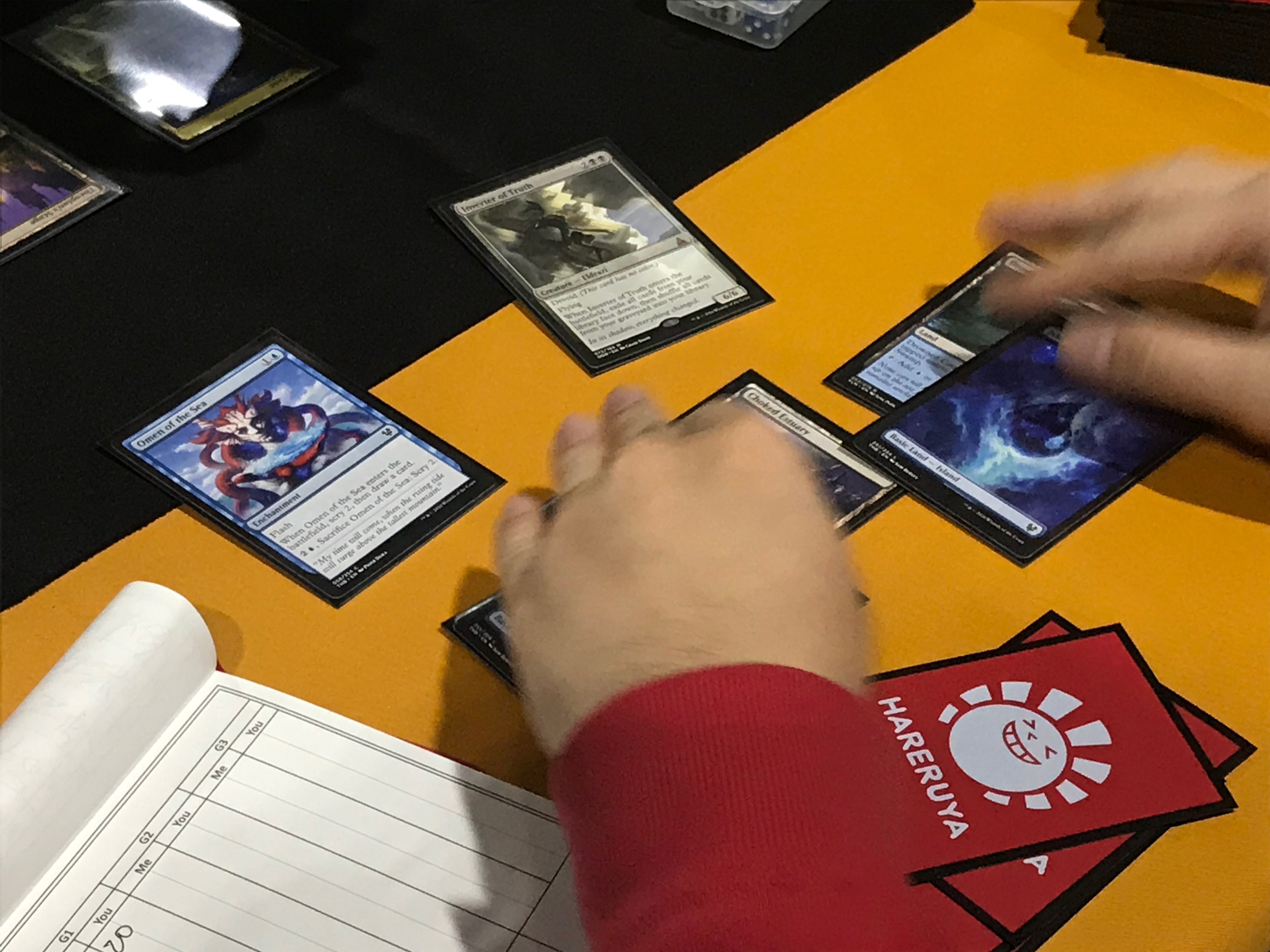 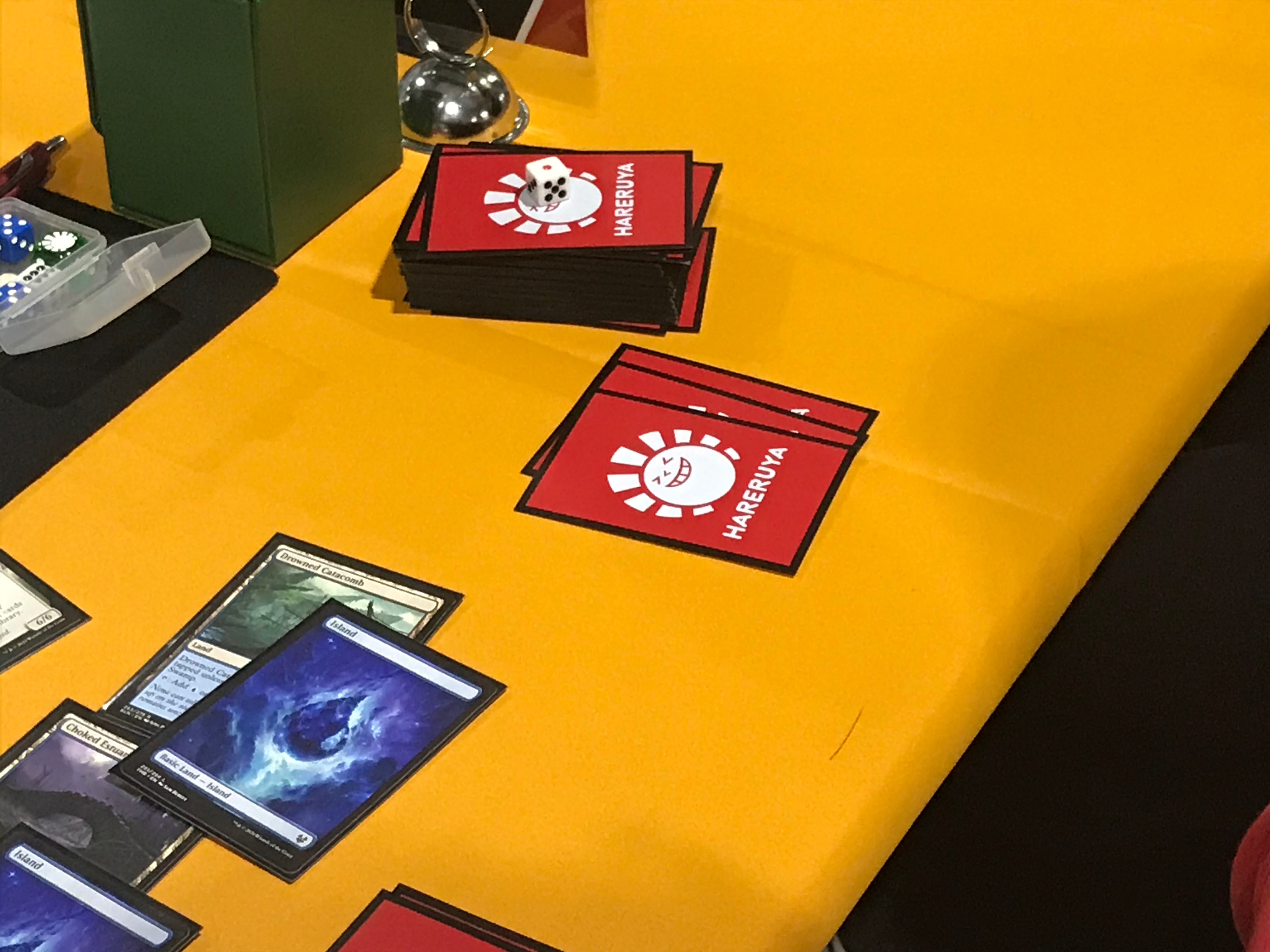 That leaves with a library that's very small, in this case three cards. 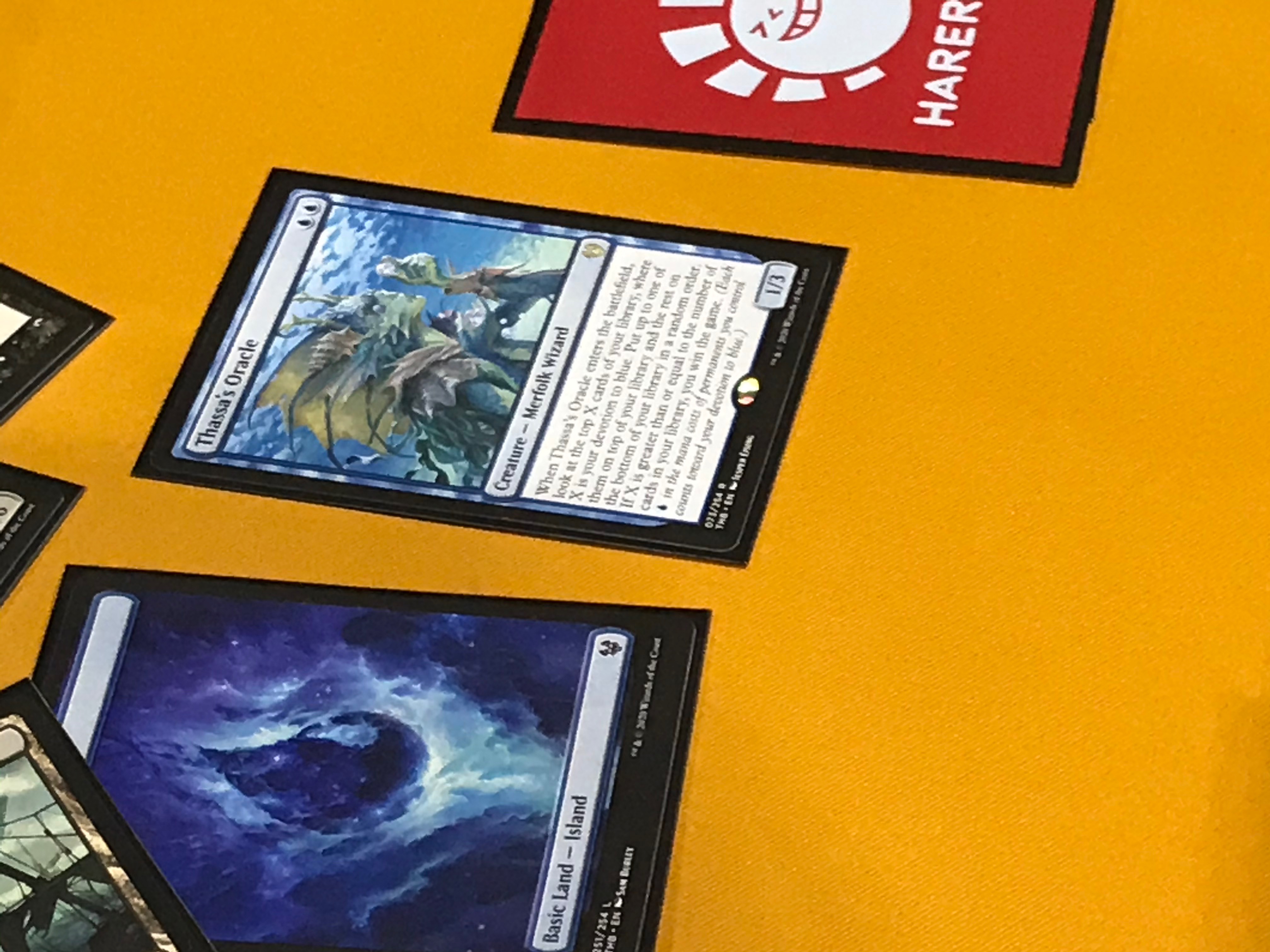 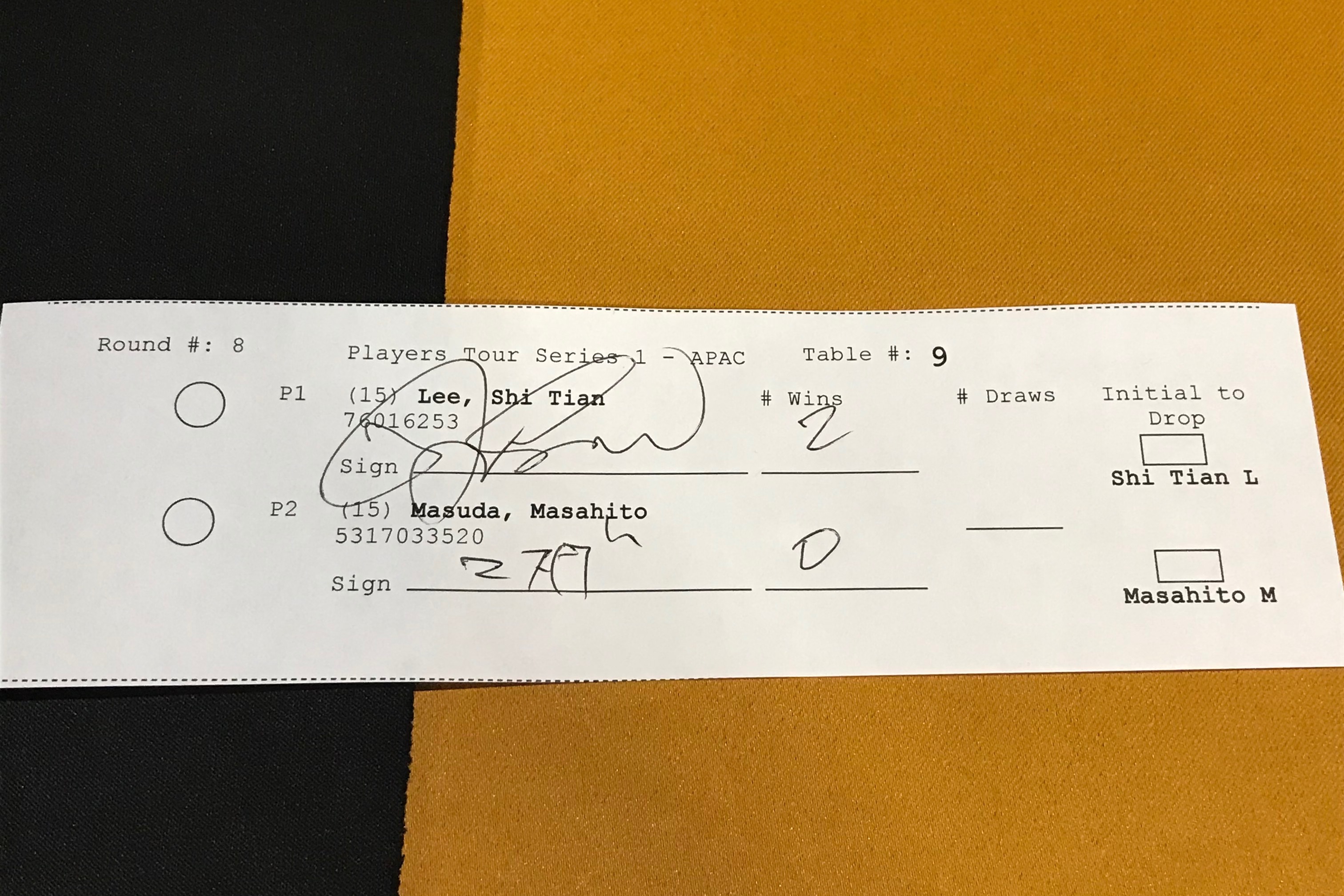 And then you win.

If you're Christian Calcano, things are a bit more problematic, especially if you're playing the Inverter mirror match. 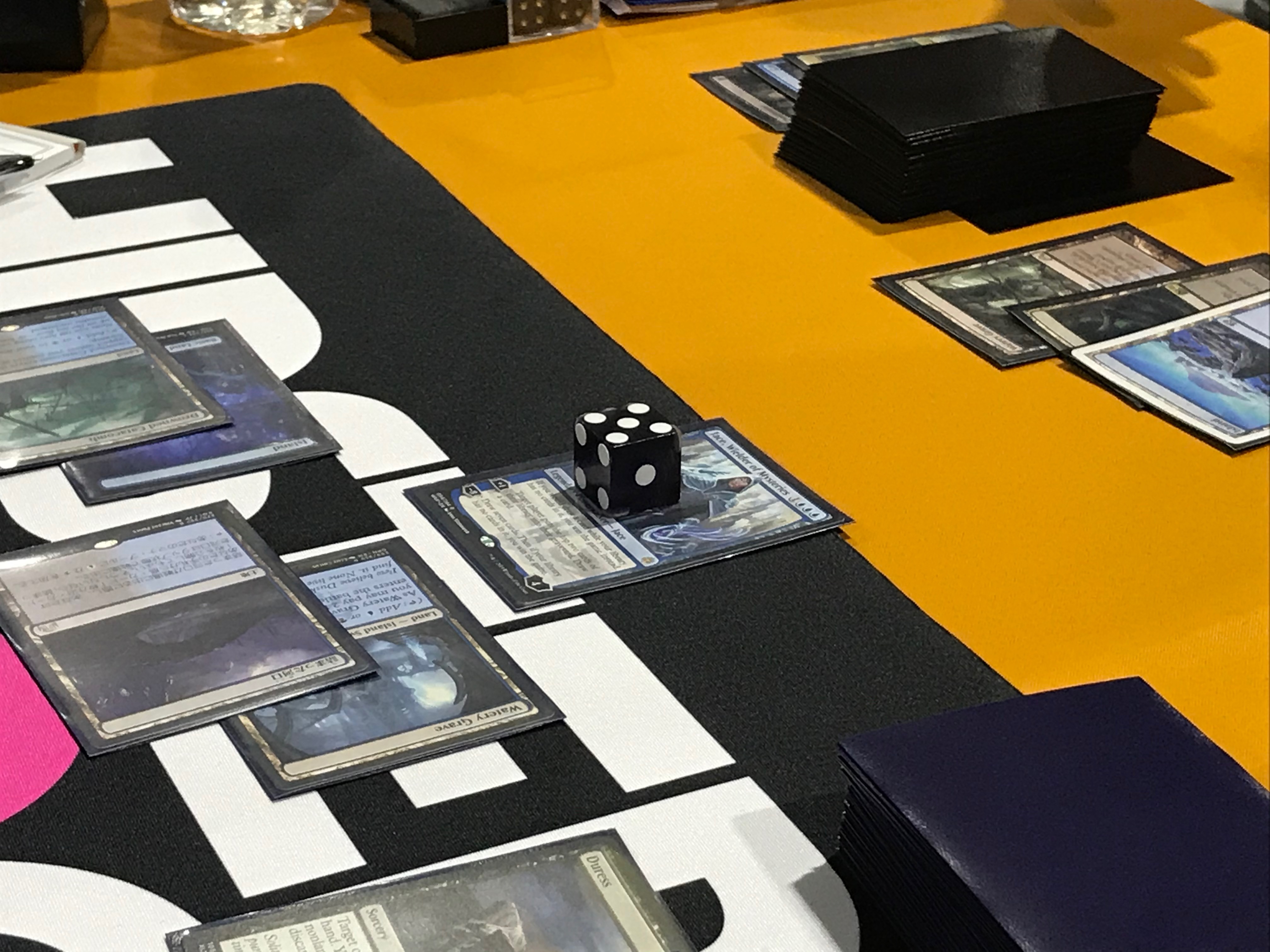 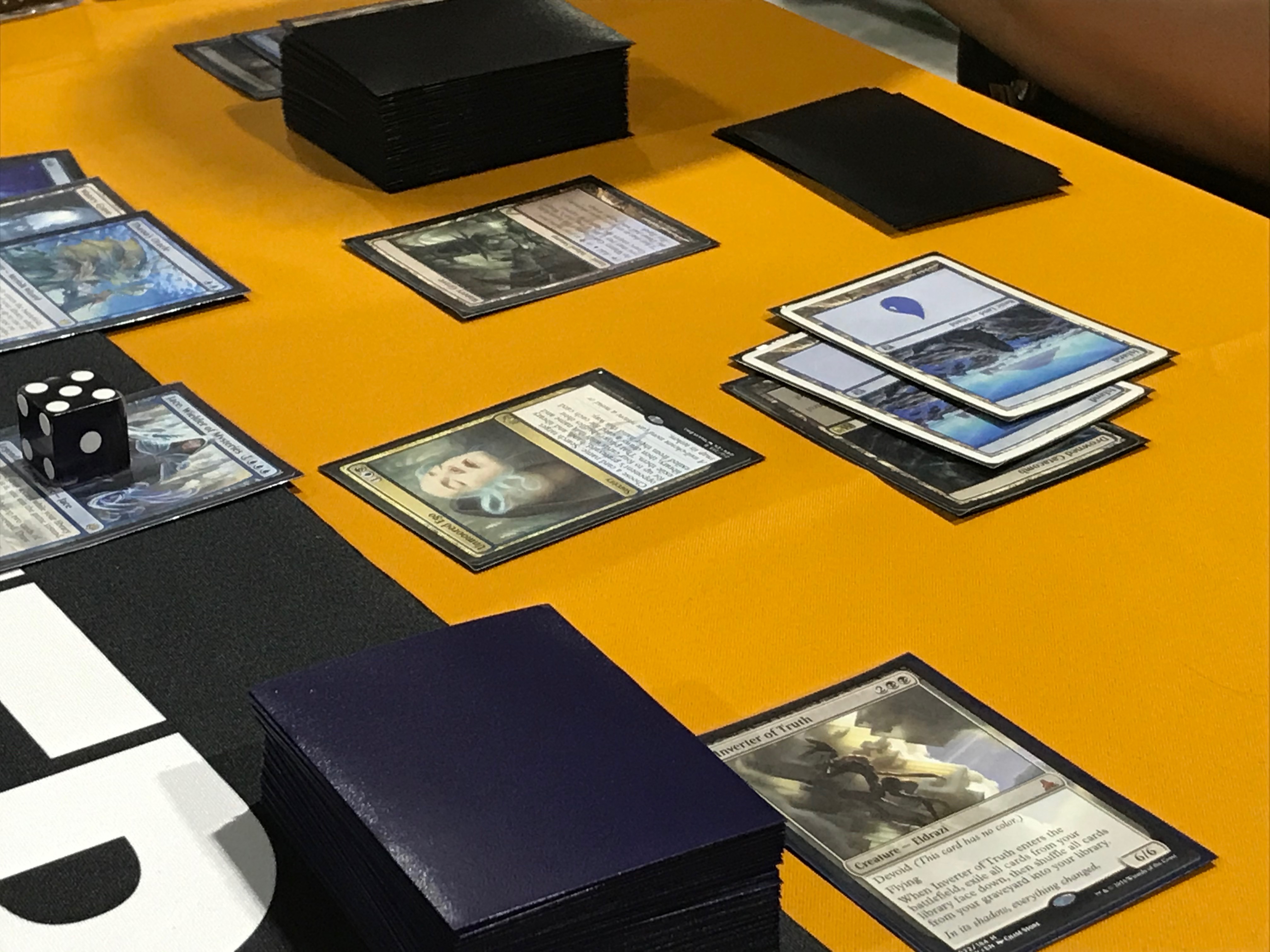 Yikes. That's taking away all your Inverters. 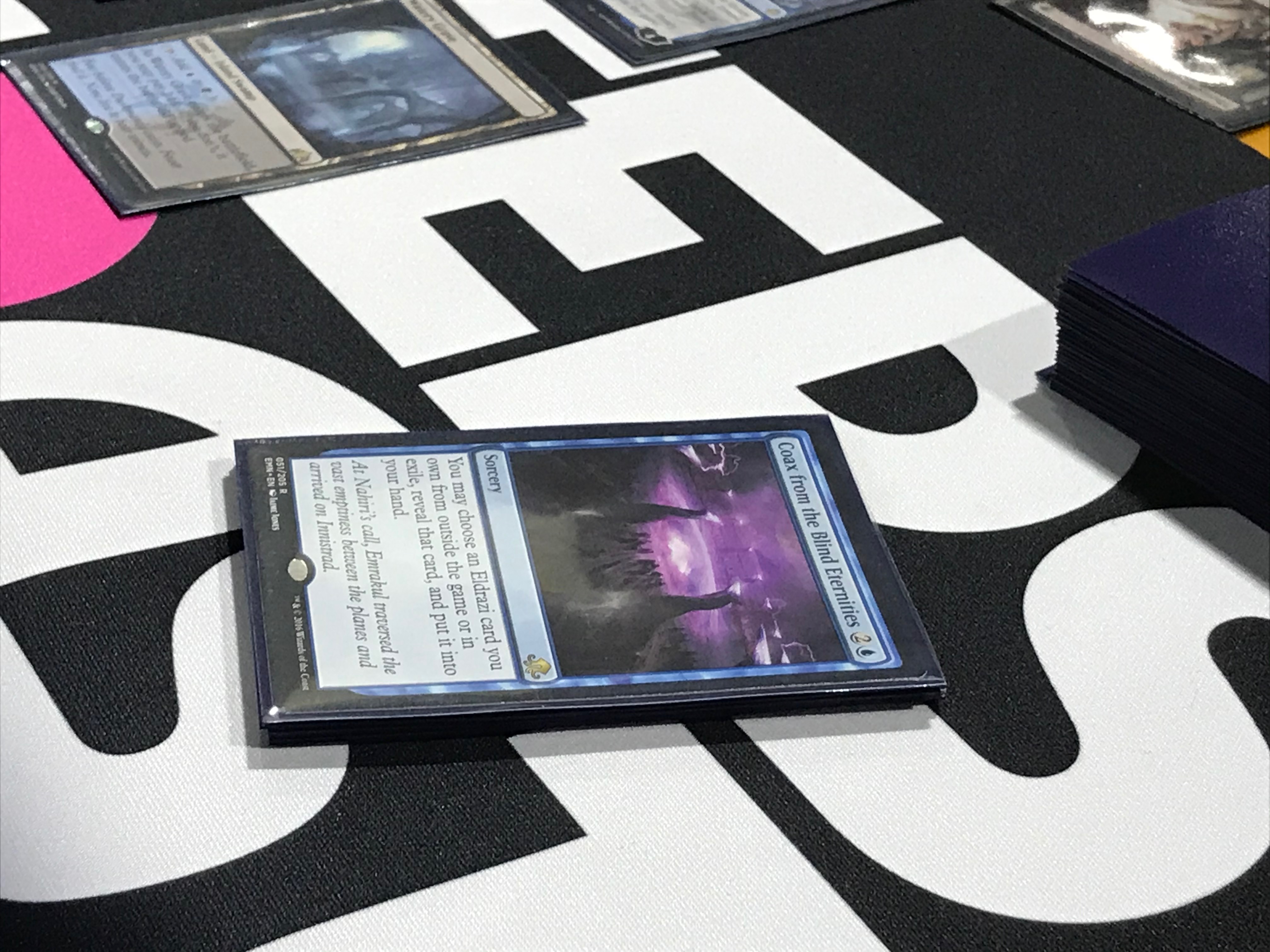 Yikes again. Just as you were about to cast , that gets stolen by . 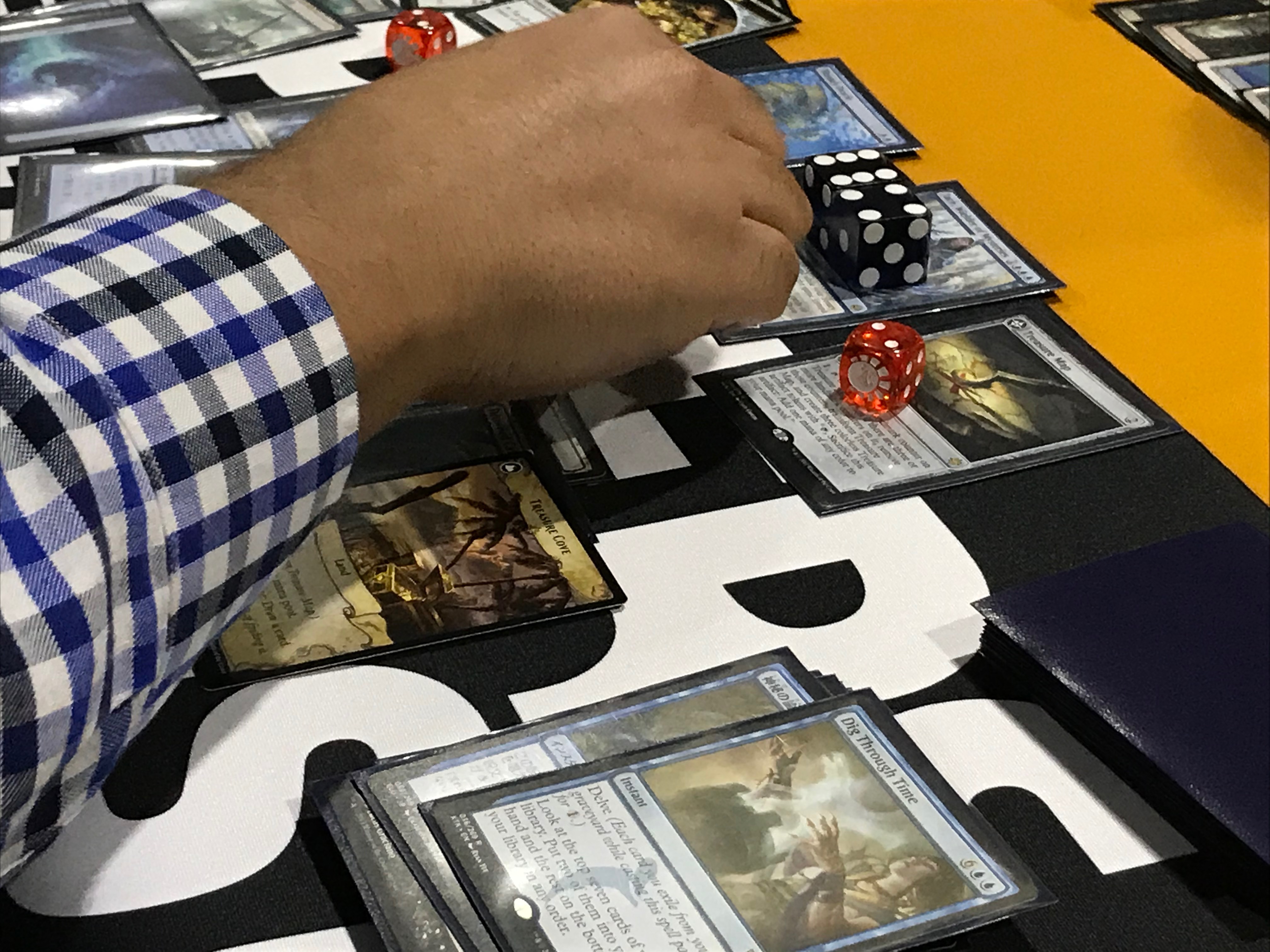 Your Jace keeps on ticking. 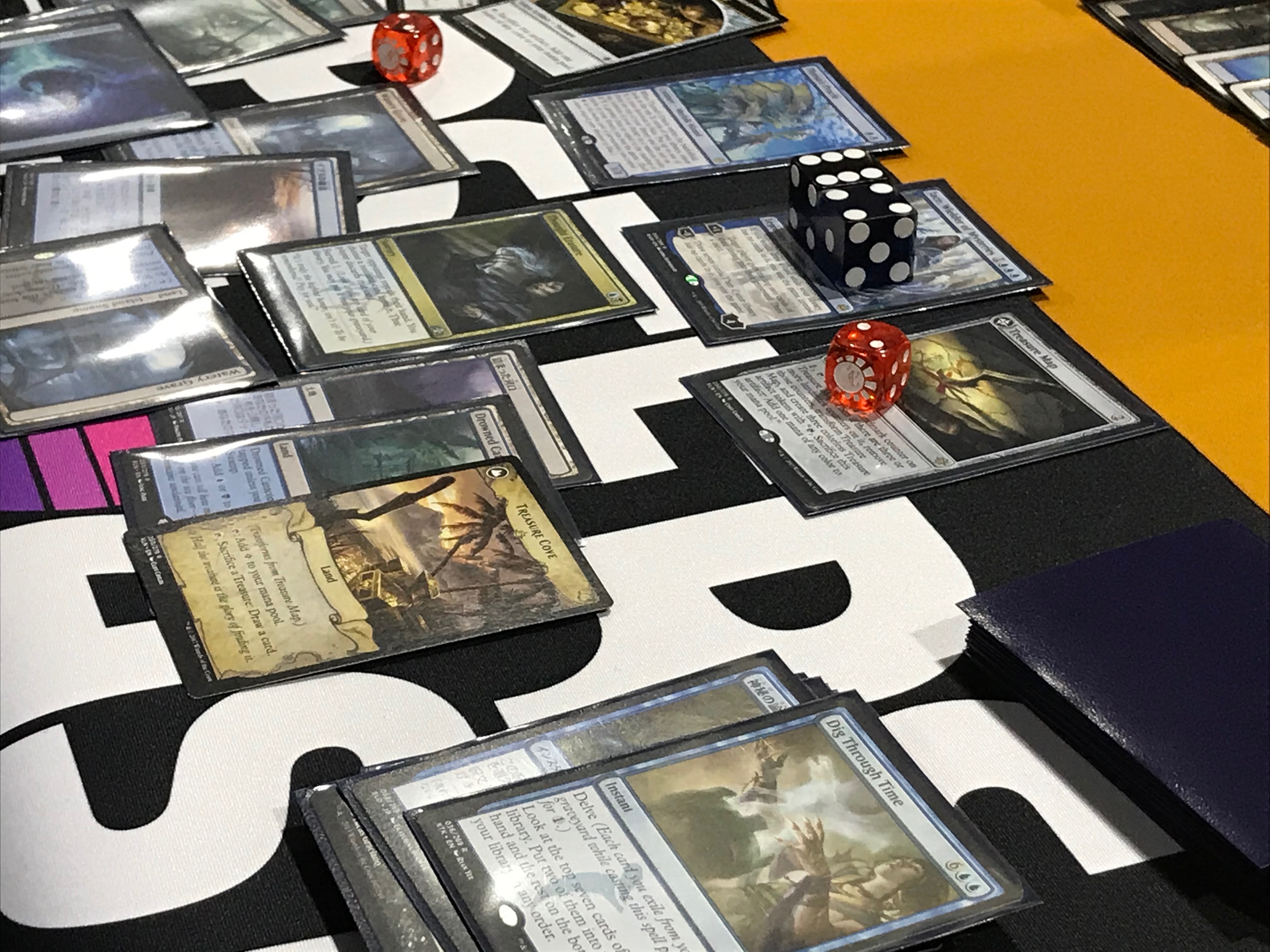 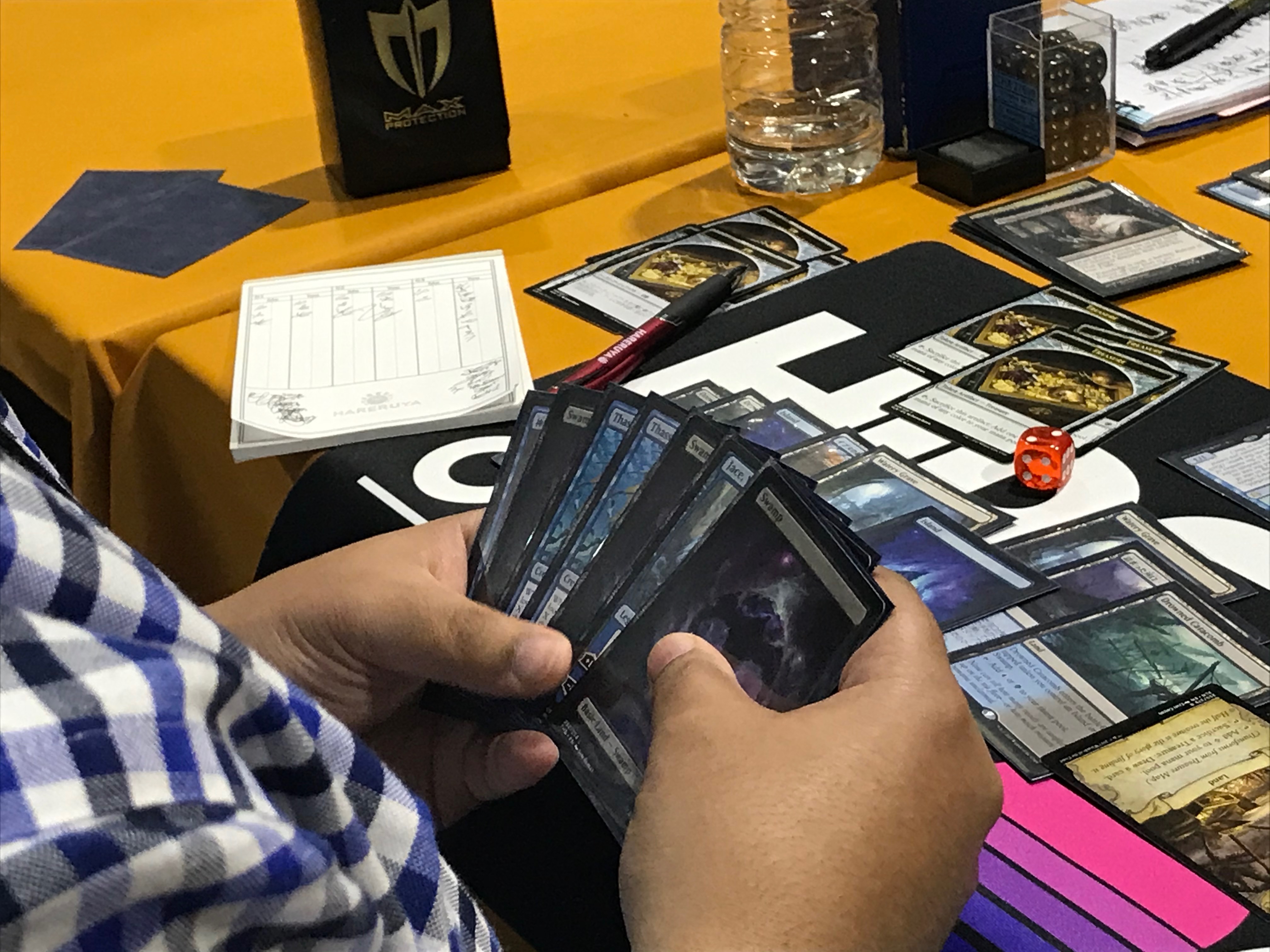 Now you have seven cards in hand. 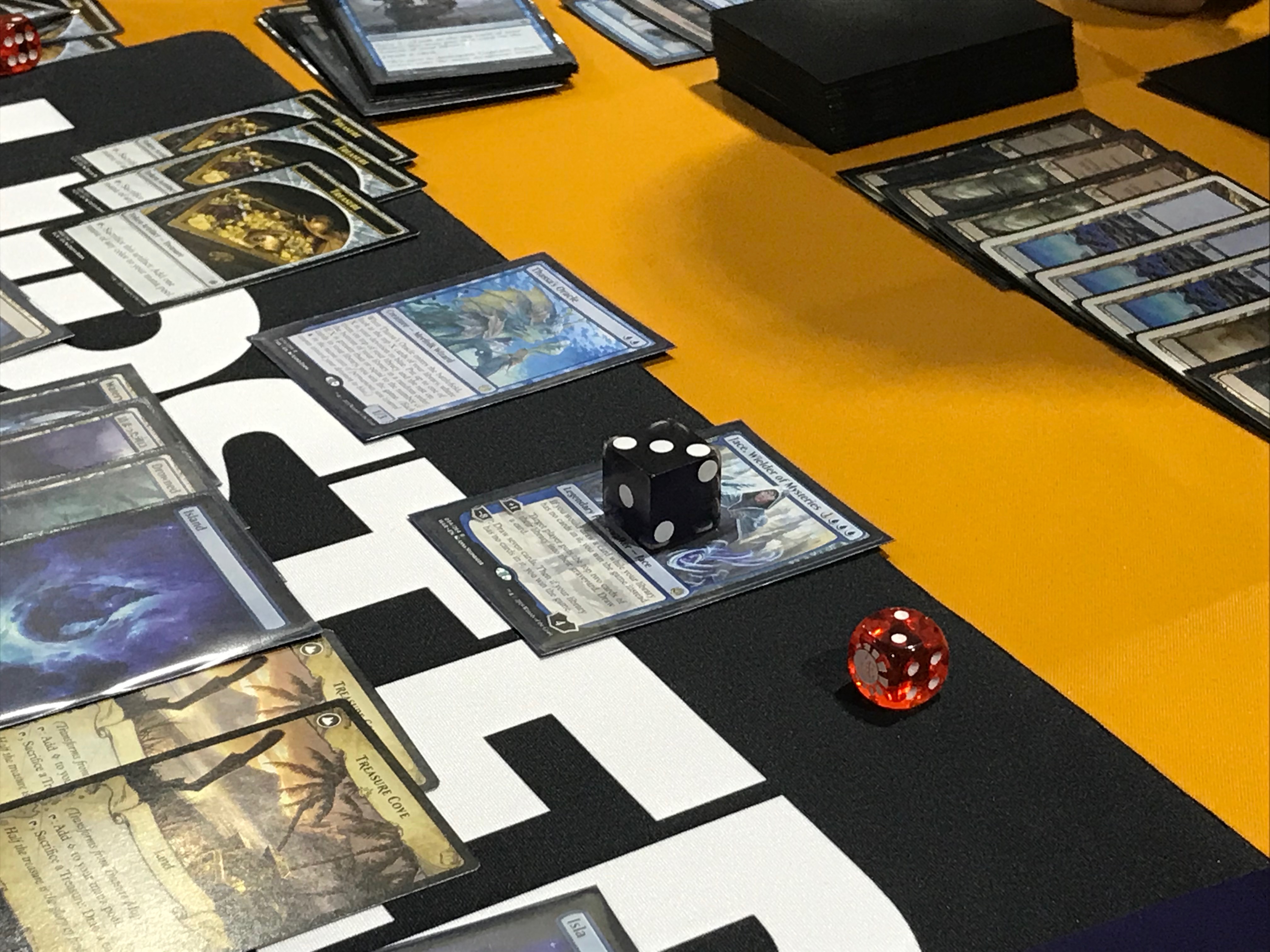 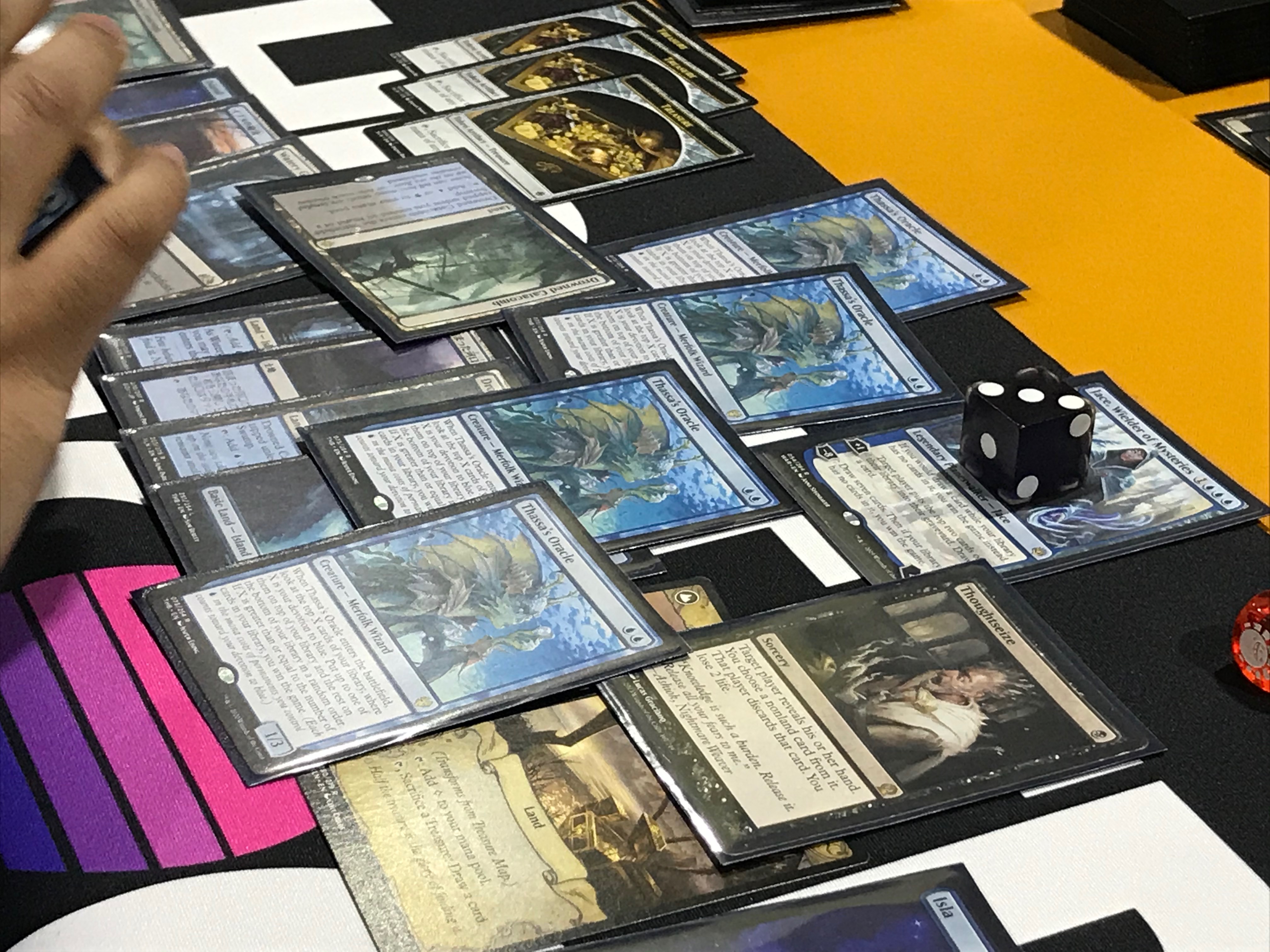 Then mill away your final cards, with claiming victory. 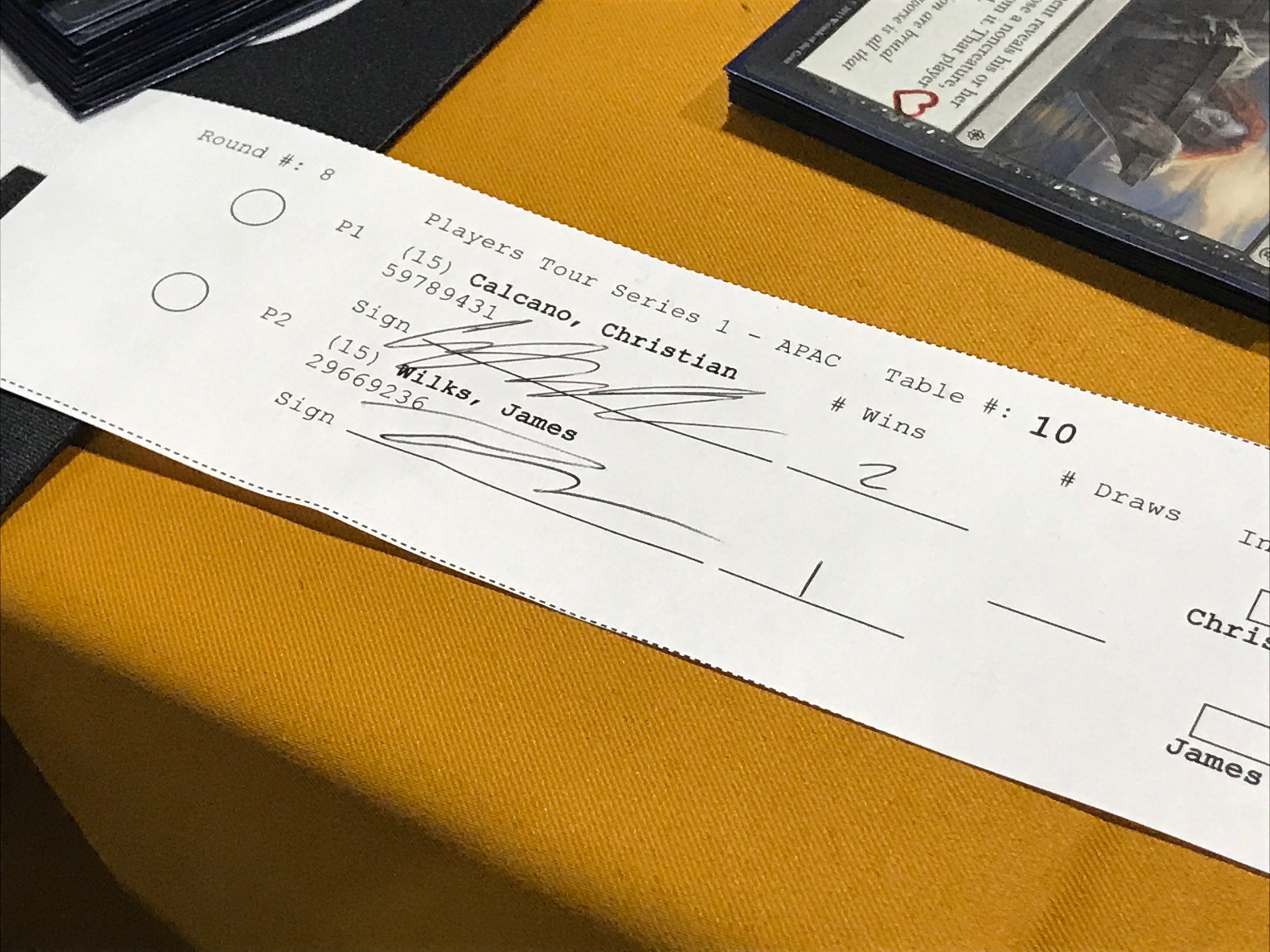 Personally, I like the Lee Shi Tian route to victory—it's easier on the blood pressure. But, if you want to win the Players Tour on Sunday, my hunch is you'll have to win plenty of games the Calcano way.

Once known as the King of the Faeries—he won tournaments in multiple formats when Faeries was a top archetype—Yuta Takahashi ended day one of Players Tour Nagoya as the last undefeated player when he toppled pacesetter Ken Yukuhiro in Round 8 action. In the last round, Takahashi completed the perfect day one, beating Hideki Yakushi to finish 9-0. 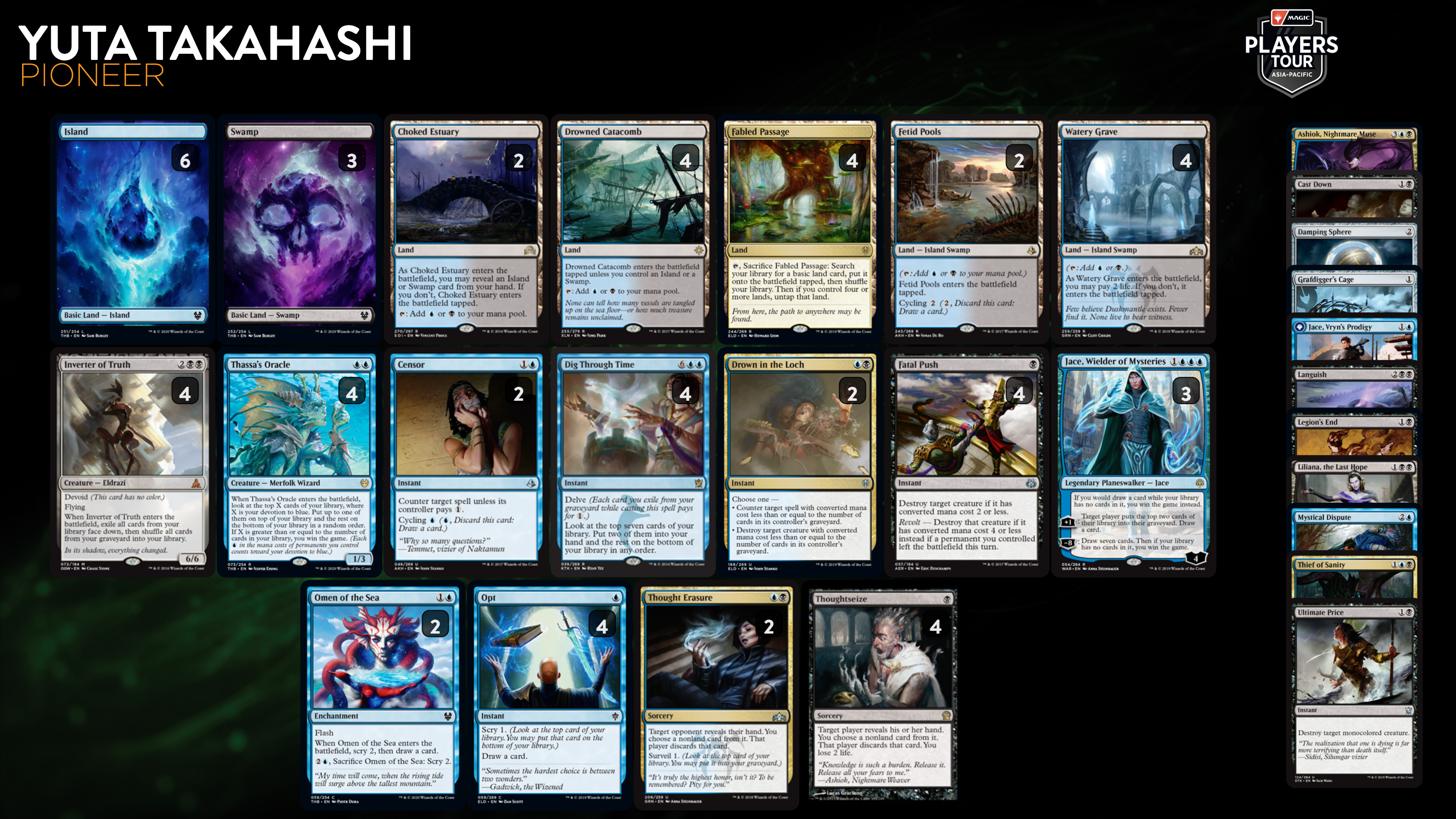 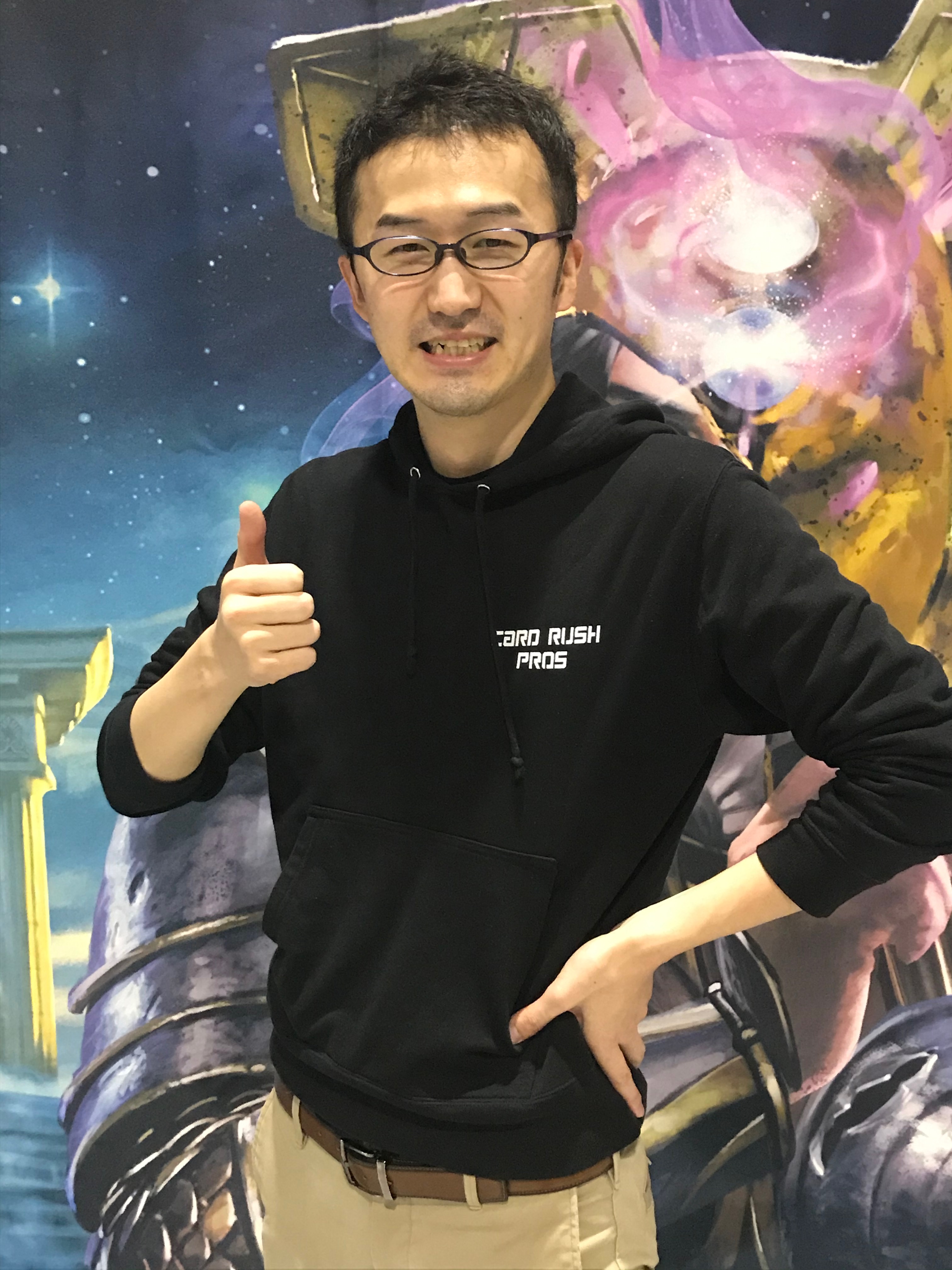 Join us tomorrow to see if the King of the Faeries can hold on to his lead and claim the Players Tour Asia-Pacific title.