With 145 players gearing up for this weekend, it's easy to miss some interesting details. Let's take a tour of some of the facts for the competitors facing off at the Players Tour Finals.

A Part of Magic History

Magic's competitive history reaches back to nearly the beginning of the game. Many of Magic's competitors first played the game a few years ago, but it may surprise you to learn that the average Players Tour Final player started just over 16 years ago—that's when Fifth Dawn was released. Among the field of 145 invited players, a staggering 50 of them have been playing Magic for at least 20 years, making this one of the most experienced and most talented tournaments ever.

Some of the players with the longest experience playing include: 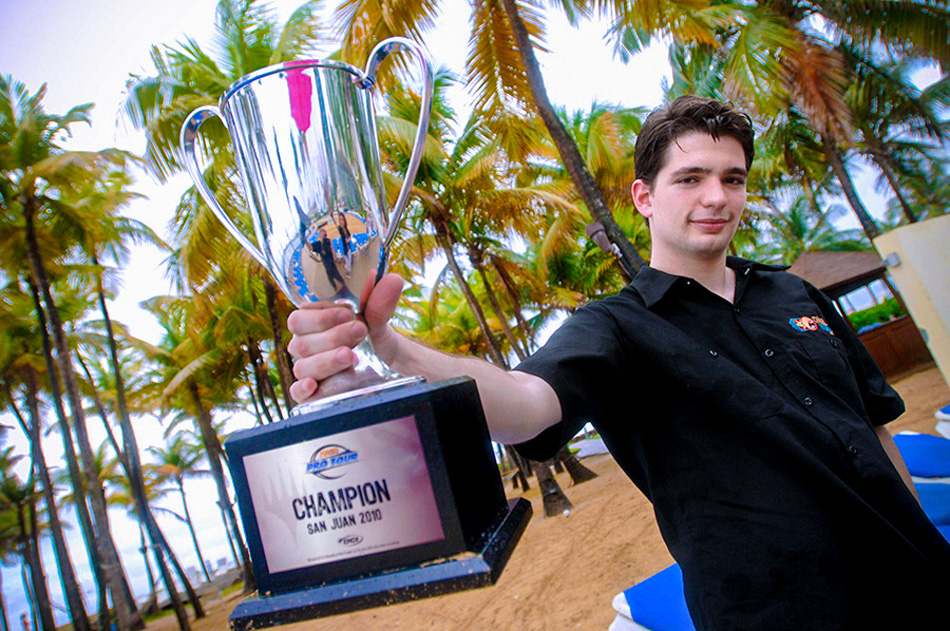 There's also plenty of newer faces that have—or are now—making their name in the game: 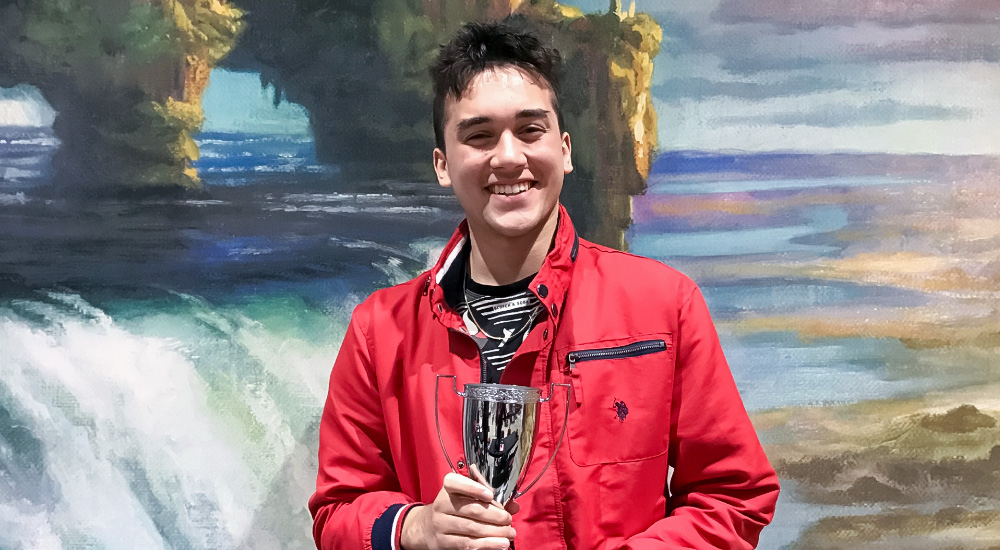 And players, regardless of when they started, are bringing the skill: 86 different competitors have a combined total of 146 Top Finishes—61% of the field. While many earned their first en route to the Players Tour Finals, there's also veteran outliers such as Paulo Vitor Damo da Rosa with 17 Top Finishes (over 10% of total field).

Of course, what makes a player interesting is more than their stats and accomplishments—it's the story they made on their competitive journey. With so many players there's too many tales to tell, but here are a few of the memorable ones from the field. 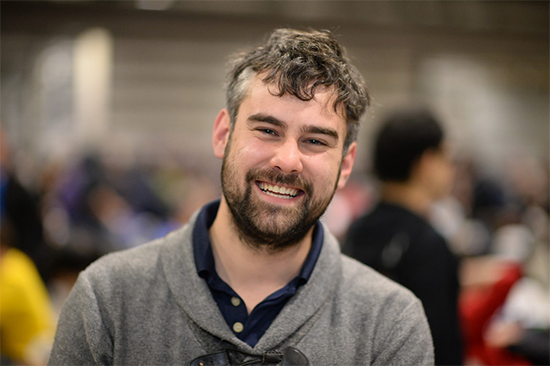 Eduardo Sajgalik has been a pro player and coverage caster for years, but in the one opening he had to qualify for the Players Tour online events he made the most of it.

"Being undefeated Day 1 after having low confidence in my deck or play ability definitely surprised me," he said. "The main surprise is the path though: the one weekend I had no coverage assignment for the MagicFest Online series I won the final LCQ into the tournament. That got me 10th [place and] into Players Tour, which chained into Top 8 [and qualification] for this event." 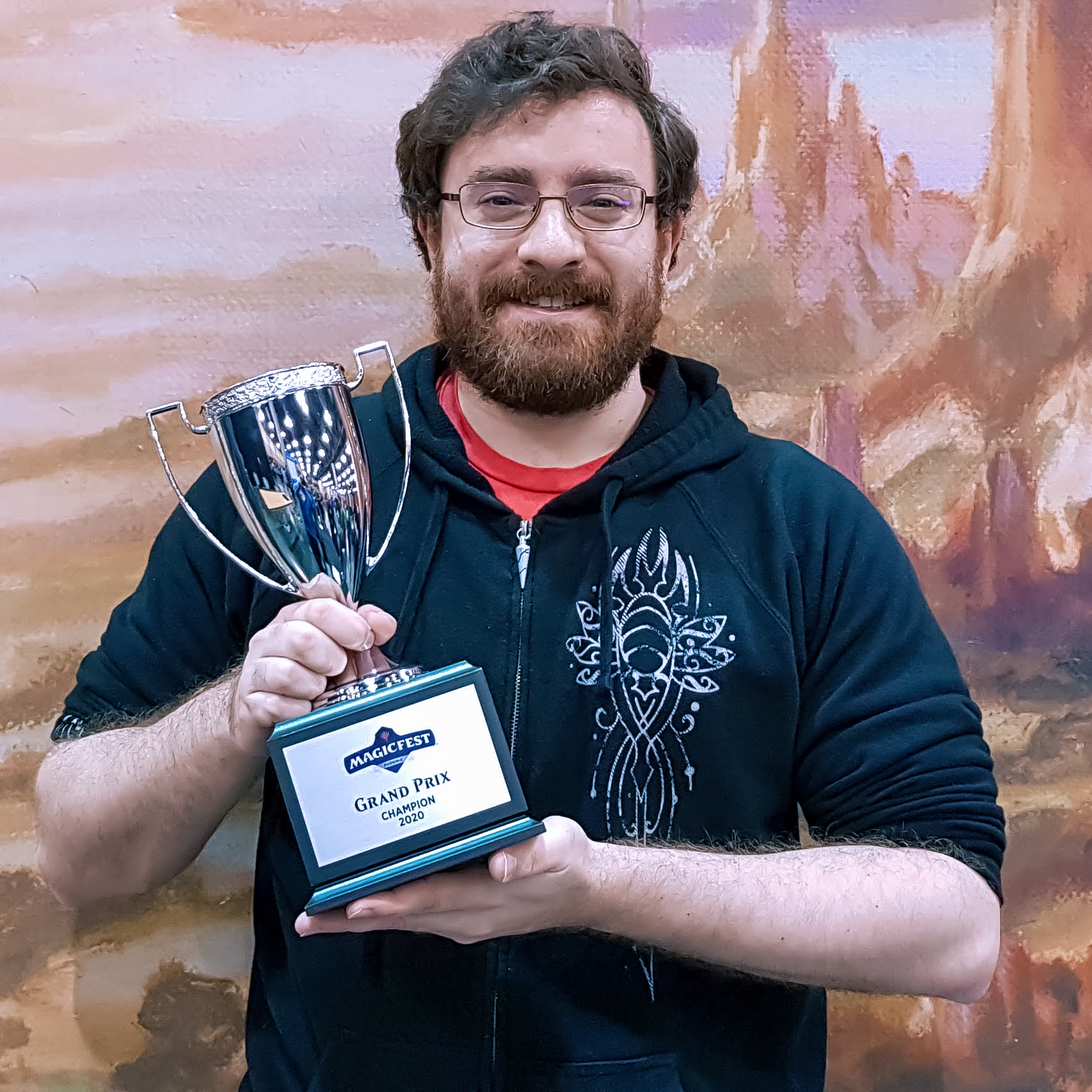 Grand Prix Phoenix was host to one of the first Pioneer events in competitive Magic. While Inverter of Truth decks and Bant Spirits decks were all the rage, Ben Weitz won the event—and invitation to the Players Tour Finals—with a mono-red deck that used a card nobody saw coming.

"I won a Pioneer Grand Prix with in my deck," he explained, "which has spawned countless jokes and memes and I got about 100 messages afterwards asking me if it was true." It absolutely was. "I also won what seems to be the last [Grand Prix] ever, which is cool but also morose."

As one of the last tabletop Magic competitions earlier this year, memories like those from Grand Prix Phoenix will continue to be treasured until we can gather to play again—someday. 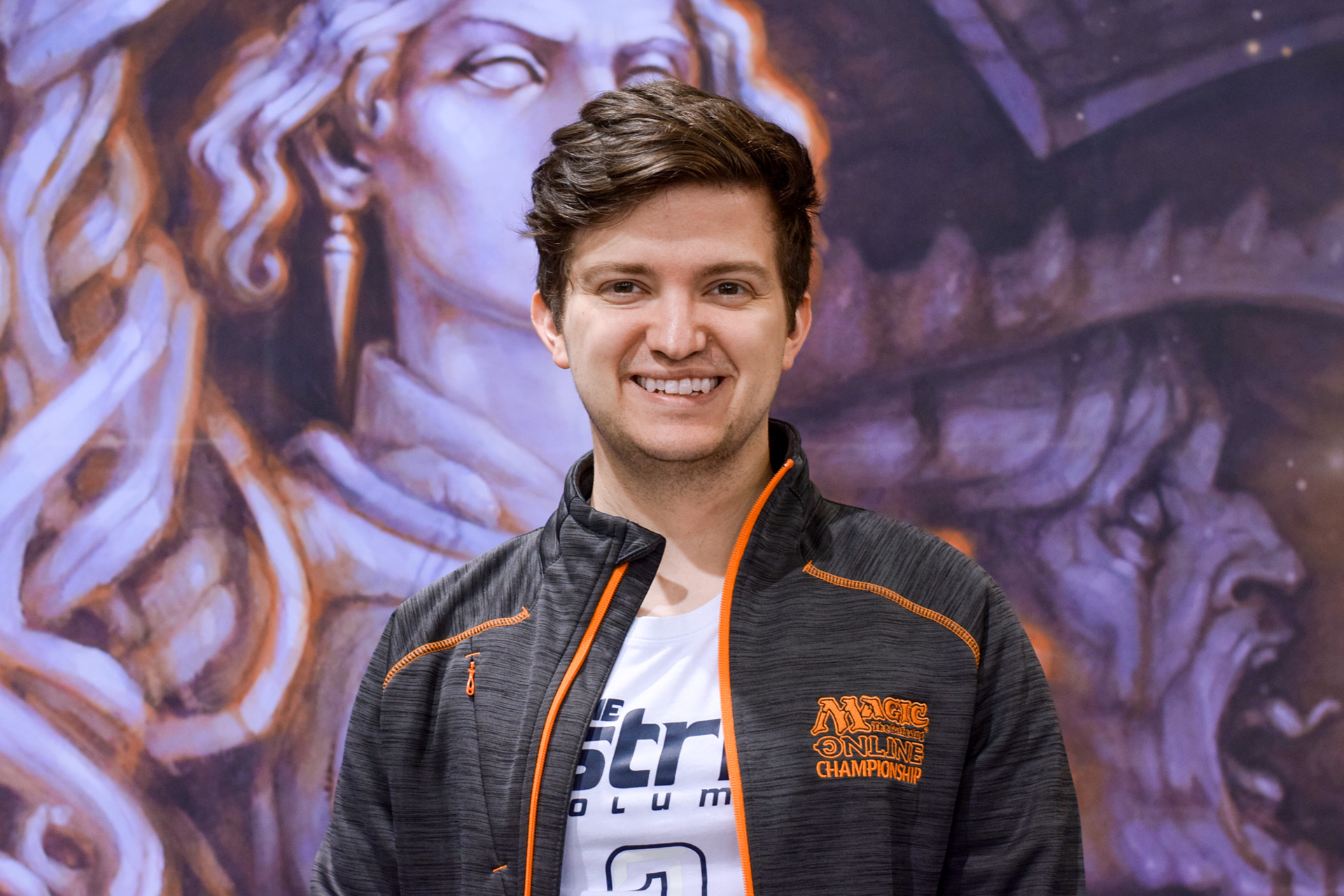 Weitz is far from alone in memories from playing with friends. Tommy Ashton, a longtime competitor at Grand Prix and Players Tour-level events, finally made his breakthrough to a Top Finish at Players Tour Phoenix. But it wasn't just a victory for him.

As a team player who worked hard with his friends to level up, sitting at every top table toward the end of the Players Tour is a feat few groups can claim. But there's even a closer connection between two players that is being realized at the Players Tour Finals. 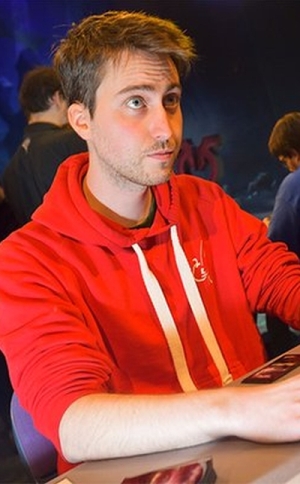 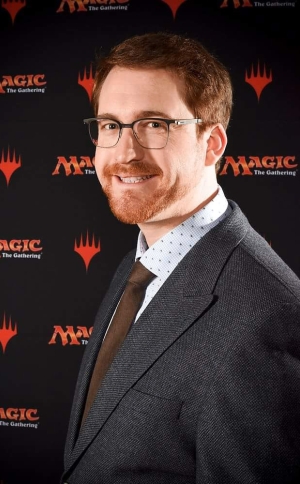 Simon and Dominik Görtzen had spent years trying to make it to the same high-level Magic event. At Players Tour Online 1 they achieved their goal, as both Simon and Dominik didn't just compete but together made it to Top 8 as the brothers always hoped to.

"I qualified through the (first) MTG Arena Players Tour," Dominik said. "This was the first high-level event I got to play together with my oldest brother Simon, which made the tournament very special to me. He also got the legendary Kai Budde into our team Discord. Playing and testing together with Kai as well as my brother was incredible to me." 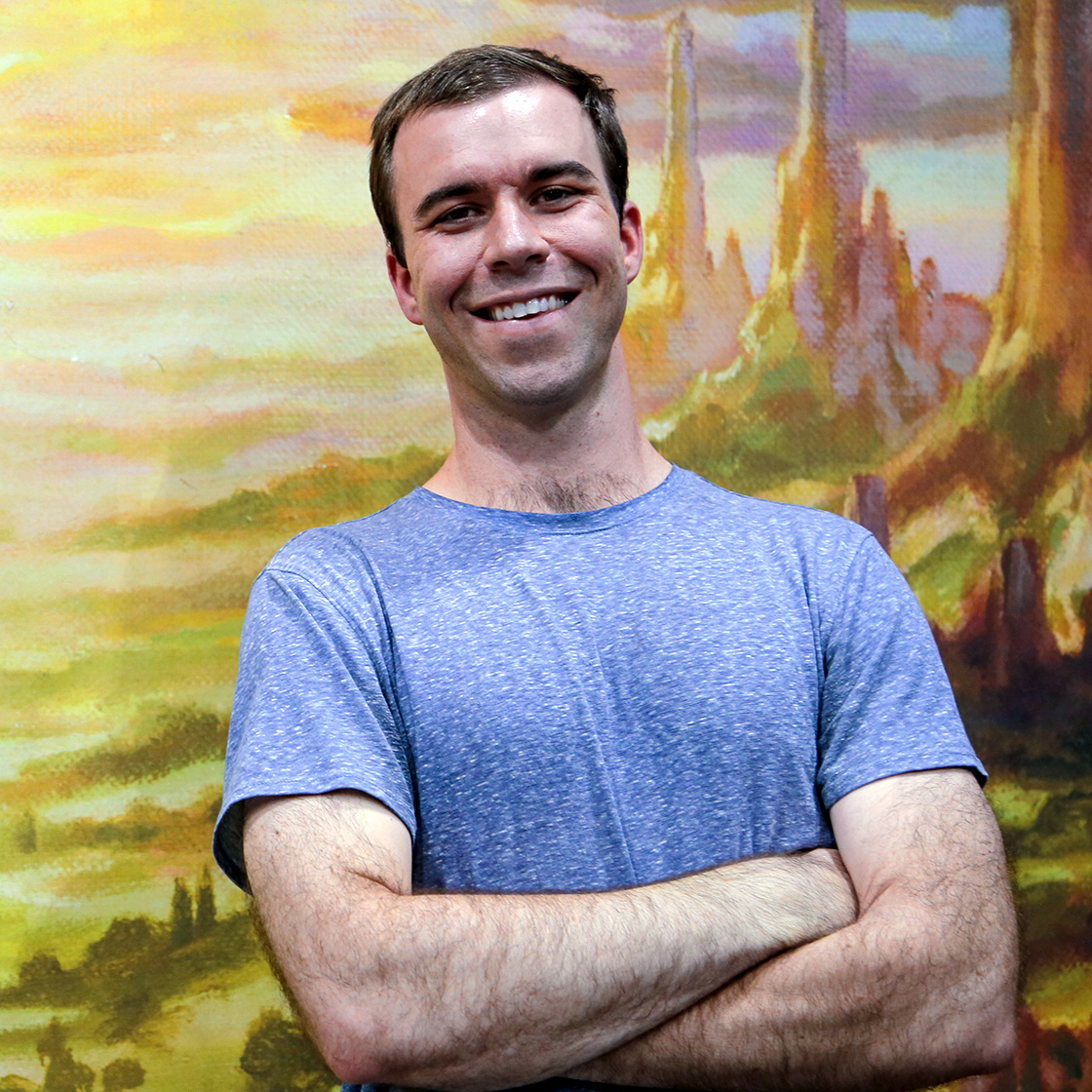 One of the biggest draws of playing at the highest level of Magic is battling the best players in the world. For Logan Nettles, making the cut for the Players Tour Finals meant battling a familiar face: MPL player and Hall of Famer Seth Manfield.

"I qualified just a month ago in [Players Tour Online 3] with a unique personal build of Temur Reclamation," Nettles explained. "I take pride in being known for having unique decklists and rarely 'netdecking'. My best memory from it was beating Seth Manfield deep in the tournament because despite me having a good matchup on paper, anytime you defeat Seth it's unforgettable, especially for high stakes."

Facing off against, and then defeating, one of the greatest players in the game is more than a dream: It's the rite of passage every competitor must face as they make their way to the top.

Players like Nettles will need to do it again at the Players Tour Finals to keep their hopes alive for the 2020 Season Grand Finals. Watch these stories—and many more—unfold live on twitch.tv/magic beginning July 25 at 9 AM PDT.