Save for the Pro Tour, no tournament series has produced as many—I'll just lean into this—stars than the Star City Games tournament circuit.

SCG events began in 2009 with tight event halls and tighter budgets as they sought to recreate the success previously seen only by the Wizards-sponsored Grand Prix circuit. It was a bold endeavor in a period of economic uncertainty, and it was a risk that they took in the name of growing the game. The first advertised SCG Open was in April at SCG's home in Roanoke, Virginia, and the prize pool was $1,000.

Things have changed quite a bit since then.

For starters, the SCG circuit—now known as SCG CON—is the largest and most well-known in North America. It has been the home for the rise of now-household Magic names. Frankly, there's way too many players here to highlight without leaving out someone I should name, so instead I'll just share the story of one player who lived the promise the SCG circuit offered at a time when there were few other options.

Brian Braun-Duin was a Friday Night Magic kind of player when he began. Like many of you reading this, he eventually dipped his toes into the next step—a PTQ in his area. When the SCG series came around, he gave it a shot.

It didn't go great for him. He lost, sometimes a lot. It was at times a harsh reminder that there were levels in competitive Magic, and he had a long way to go; not everyone is born into the game a Magic prodigy like many of those whose names have graced Pro Tour Top 8s at a young age.

But it was the perfect steppingstone experience for someone looking to level up their game, and BBD kept at it. He was the quintessential SCG grinder, traveling across the country with the circuit and battling week in and week out in a way that tested skills that even the Pro Tour didn't necessarily test. It was a long journey for Braun-Duin, and he documented it extensively in weekly writing as he shared his sometimes-harrowing tales of the work it took to truly improve, even if it was often a tumultuous trajectory.

But improve he did. A lot. And he rose to the top of the SCG ranks. Then the Pro Tour ranks. Then, in 2016, Brian Braun-Duin won the Magic World Championship. 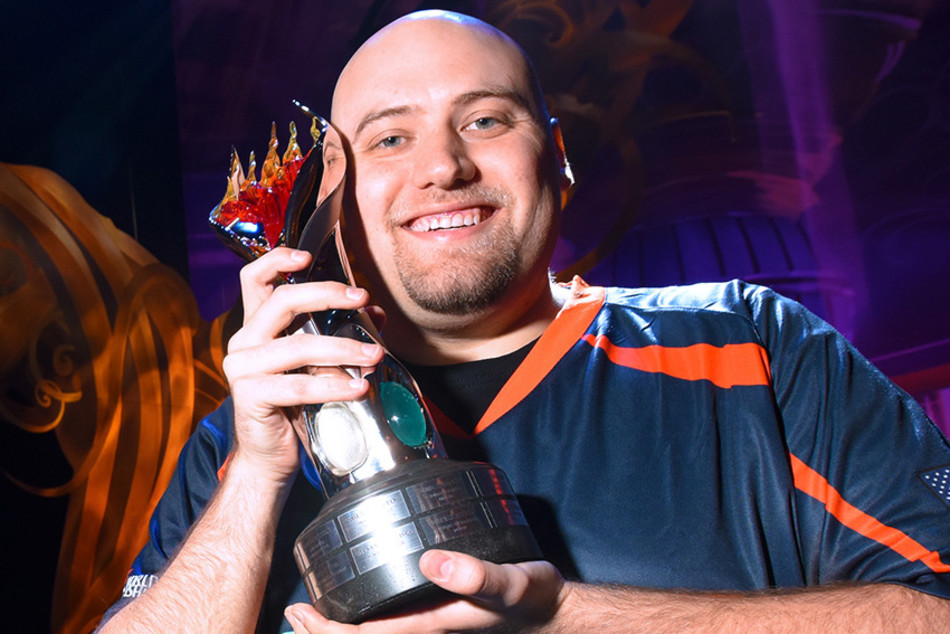 That's the pedigree the SCG circuit brings to every event—the knowledge every entrant has that Magic stars were forged in these battlefields, and that you're just as likely to play against a well-known pro or content creator as you are your friend who made the car ride with you to the event. It's a cachet that has only grown over the years, because while BBD may be the best example of the benefits of playing these tournaments, he's far—far—from the only one-day Pro Tour Top 8 member or winner who got their start on the SCG streets.

Which brings us to today, SCG CON Columbus and Brady Munroe.

As the return of tabletop Magic events has played out, SCG CON has played a key role for North American competitors, and a few weeks ago in Columbus that meant a full trio of high-stakes Modern tournaments. Large prize pools and Modern means a selection of the game's best will turn out to compete, and Columbus was no exception. Pro Tour competitor (when he's not busy being entertaining as heck in the commentary booth) Corey Baumeister was one of several accomplished players to add another big finish to their resume along with Pete Ingram and Ross Merriam, all of whom were piloting a version of the combo deck that Jesse Robkin took the finals using at an NRG Open a few weeks earlier.

Those are players you may have heard of. They have long resumes and Top 8s in more cities than they can remember. But like I said, the biggest draw of these events to me is the newer players following in the footsteps of the many who came before them.

That's where Munroe comes in. His passion for card games was sparked as a child, and he grew up playing Yu-Gi-Oh! with friends at his local game store, Alternate Universes. When Magic eventually made its way into his life back in 2019, he was ecstatic to find out there was a path toward high-stakes tournaments and a dream he could watch come true for someone at the Pro Tour every few months. Like BBD before him, Munroe's own ascent had begun.

Three years later, he's a champion. Munroe won the massive $20,000 Modern tournament in Columbus, and his story is proof that the role the SCG circuit has served players for almost fifteen years is still going strong.

"The first set I drafted was Rivals of Ixalan—I already had a big competitive drive from playing Yu-Gi-Oh! for many years, so I was equally interested in playing Magic tournaments with higher and higher stakes," Munroe recalled. "That summer, I made Top 8 at a modern PPTQ, and in fall of 2019 I finished second in a Magic Online Modern challenge. A few more Top 8s and together this progression solidified the idea to myself that I was good at Constructed."

All of which came just in time for competitive Magic play to move to online venues, and as the landscape around the game changed, Munroe continually adapted. He served as the president of the Magic club at Carnegie Mellon University—an institution that was the home to future Pro Tour Hall of Famers and champions in Magic's early competitive days.

When in-person events began to return earlier this year, Munroe saw a renewed opportunity to live out those Magic dreams delayed and jumped right in.

"The majority of larger events that I have traveled to in the past couple of years have been SCG events," he explained. "And I am glad that they host these conventions, because one of the best parts of Magic is the gathering—the ability to see a bunch of friends and meet new cool people, and hang out for an entire weekend is amazing. I've been actively looking for various Constructed tournaments to play in, both local weekend 1-2ks, and reasonably drivable larger events such as the SCG CON event and the Legacy Pit Open."

Munroe was looking for a new weapon of choice in Modern for Columbus, and as he drifted in and out of Izzet Murktide and tried out various flavors of Modern combo, he flashed back to a deck he had enjoyed in the past.

"I knew that I really enjoyed playing artifact prison decks, so I decided to try out prison Tron; the third Modern deck I played ever was UG/UR Whir of Invention Prison, which helped me fall in love with artifacts and in particular," Munroe explained. "Then when came out that fall, the deck became significantly worse, so I switched over to the Urza/Emry/Jeskai Ascendancy combo deck until was banned), which so far is my favorite Modern deck that I have played."

"So, to specifically prepare for this tournament, I used various lists posted on MTGGoldfish as well as some of the sentiments shared by other Prison Tron players from the artifact prison Discord. Pretty soon before the event, I decided that I wanted to play a copy of , which I was thankfully able to borrow from my carmate Brian Coval."

It worked, and all. Munroe finished third after the Swiss rounds, and after a tight three-game match against Five-Color Indomitable Creativity in the quarterfinals, Munroe posted back-to-back 2-0 victories to take the title.

With his best finish to date now under his belt, Munroe is looking toward the future and the Pro Tour he can now reach—and he aspires to add his name to the list of greats who got started with a Top 8 SCG run.

Won the second #SCGCON Columbus Modern 20K with Prison Tron! Shoutout to @BoshNRoll for letting me borrow the Warping Wail, it definitely came in clutch! pic.twitter.com/hVhNQL4IAg

If you want to try your hand at the next SCG CON, SCG is hosting a Modern $30,000 tournament in Dallas the weekend of Oct. 7-9. You'll have the chance to tackle the resurgent Modern format that simultaneously features a bevy of new cards—and not just Liliana of the Veil from Dominaria United—while also staying friendly to the Modern classic .

In Europe players can find Modern at the Grand Open Qualifier in Paris (which will have video coverage), while Team Modern is the format of choice across the pond at the Card Monster Con $10k. Finally, the Singapore Open will also feature Modern.

It's a busy time online as well. This weekend features the Limited Qualifier Weekend on MTG Arena, and next weekend plays host to the very first Arena Championship, a 32-player event with a $200,000 prize pool representing the apex of the MTG Arena Premier Play pyramid.