There's no easy road to Magic success. It takes persistence beyond any individual event to make your way up the competitive ladder. 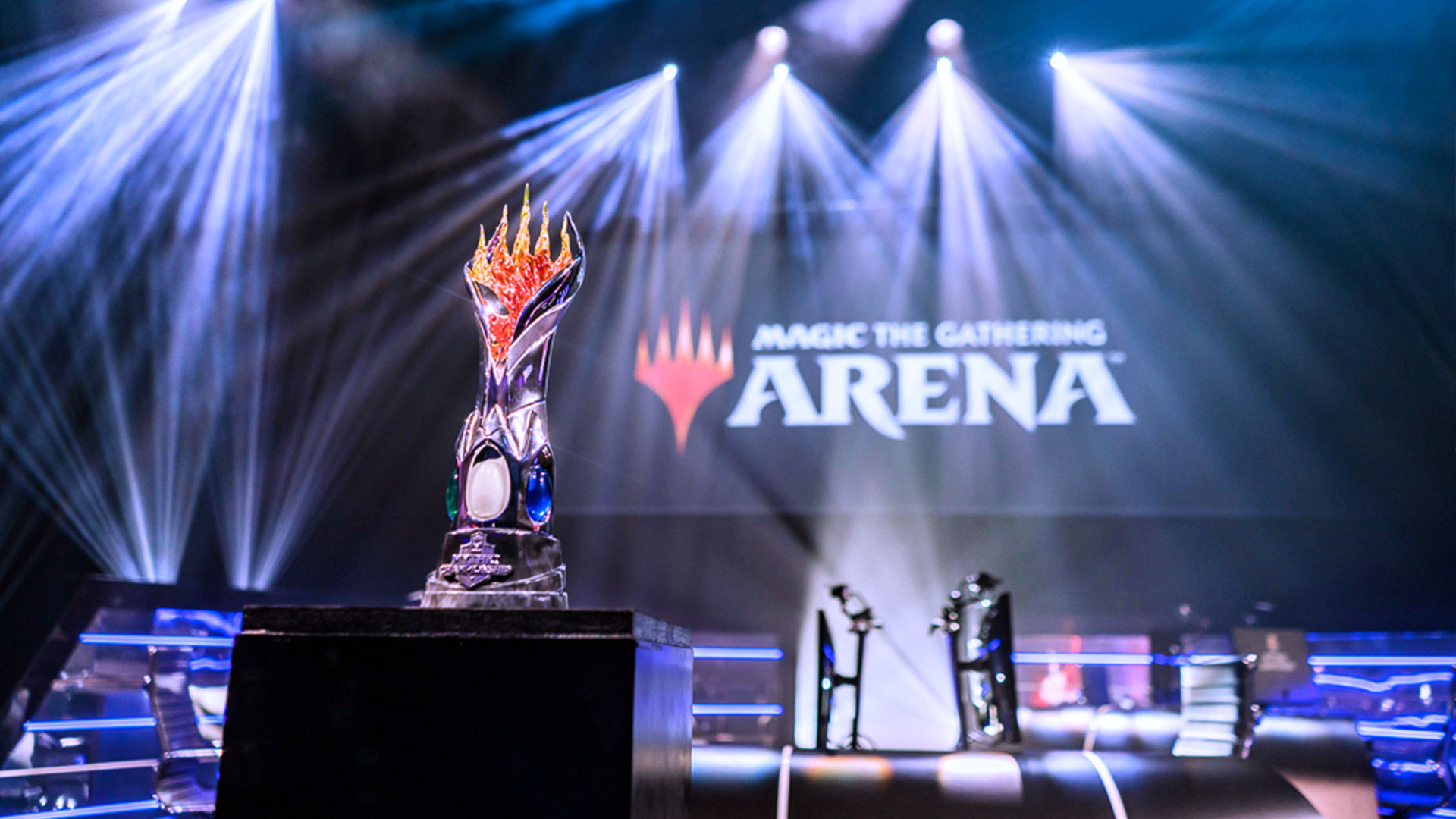 While any one tournament can provide a definitive moment in a player's career—their first hot streak of match wins, their first top finish, their qualification for the Magic World Championship—there are weeks of testing and years of playing Magic that can lead to that accomplishment. Competitive Magic players persist on that journey, and it's what makes their highlights possible.

At the Zendikar Rising Championship, eight players battled through qualifications and defeated Magic Pro League and Rivals League members to earn a slot in the postseason Challenger Gauntlet—the path to joining the leagues next season. Outside of making Top 8 or taking home the trophy—which champion Brad Barclay earned to put Scotland on the competitive map again—that postseason slot is the highest honor a non-league challenger can earn.

Jonny Guttman and David Inglis, known as Ginky and Tangrams respectively on MTG Arena, ended the Zendikar Rising Championship just short of securing spots in the Challenger Gauntlet. Close isn't close enough—or good enough—for the duo. As part of a testing team filled with the latest rising players of MTG Arena, the Kaldheim Championship is their next shot to clinch Gauntlet invitations in their quests to become the next members of the MPL or Rivals League.

Both players know the lengths and time it takes to succeed on a Magic journey. It's been nearly a two-decade road for Inglis: his Magic journey began in 2002.

"I was 8 years old, and Onslaught was the newest set," he said. "I bought a Beast tribal deck from the card shop and kept adding cards to it until it wouldn't fit in its box anymore. My friends would all bring their decks to school, and we'd sit on the sidewalk and play during recess—no sleeves!"

In 2014, Guttman also got his start thanks to Magic's popularity at school. 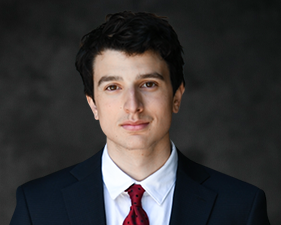 Playing in premier-level events—with thousands of dollars and key qualifications on the line—is a far cry from recess sidewalks and lunchroom tables, and the strangeness isn't lost on Inglis.

"It's so funny to think back on that now that I'm playing in all these high-stakes competitive tournaments—it was such a different world!" said Guttman.

Inglis took the scenic route to competitive Magic, spending years playing at local Modern events using the same cards he'd opened in Fifth Dawn boosters when he was a kid.

"My builds of the deck weren't the most competitive, but I was very comfortable with the card and all its play patterns," Inglis explained. "So when Matt Nass first broke out on the Grand Prix scene with his version, I had a big head start learning how to play it. I copied his decklist and won a Magic Online PTQ with it a few weeks later."

It was a rocky start for Inglis, who struggled to find his footing after its namesake card was banned months after it started making waves in Modern.

"I switched to playing more offbeat Modern decks, things like Tron and Urza combo. I had a bit of success with them but never managed to win another big tournament (not a coincidence)."

While Nass's success with KCI launched Inglis into his first premier event, it was a very different kind of inspiration from a pro that helped him level up his game yet again.

"I was complaining about this in [MPL player Piotr "kanister" Głogowski's] Twitch chat one day, and he laughed at me, calling me a scrub for playing the decks I did. I took that to heart and promised myself that in 2020, I would always try to make the best possible deck choice."

It was a pivotal decision for Inglis, who went on to have a breakout year. He won the SCG Tour Online Season Two Championship, qualified for four premier events, and it culminated in a 21st-place finish at the Zendikar Rising Championship.

"I played great decks in pretty much all of those tournaments, and it was a big factor in my success."

won a MOCS monthly with kci the week before it got banned. first event of the year so only the platinums and Jaberwockies had enough QPs to play, still probably the most stacked event I've ever been in. fitting send off for my all-time favorite deck. https://t.co/Mi8U6wnh9I https://t.co/ONyb952phQ pic.twitter.com/L6pBA5r01j

Inglis has turned to midrange decks like Jund Sacrifice, which, like and other combo decks, make the most use of the skills he brings to the game.

"I used to be a pretty serious tournament chess player, and I think that background has had a big influence on my Magic playstyle," he said. "I enjoy playing decks with lots of small resource management and sequencing decisions, where figuring out an optimal turn sequence is very similar to calculating different variations of a chess position."

On the other side, Guttman's journey to the Zendikar Rising Championship and beyond reflects the journey of many players who rediscovered Magic thanks to MTG Arena. Once MTG Arena brought him back into Magic, Guttman homed in on the ladder, consistently ranking in the top 1,200 players and playing the available qualifiers.

"I practiced as much as I could and tried to focus on trying to learn from the people I was working with every day," Guttman explained. "I got to play two extremely well-built decks from extremely good players. I managed to keep my cool somewhat while playing and ate a huge bag of trail mix throughout the event, which was obviously the most important thing. Drawing lots of copies of didn't hurt either."

It was a pins-and-needles event for Guttman, who went into the last four rounds at a precarious 6–5 record.

"I won four straight to get a requalification," he said. "After winning that last round, I was super fired up, and it was amazing to see all my hard work preparing for the event paid off."

Missed the challenger gauntlet on breakers (10th ranked challenger). Still extremely happy with my performance and really happy for @tangrams and @AlfaPhrog for getting there and super thankful for all the people on my amazing testing team who boosted me to a 10-5 finish

Like most of the top players in the game, individual success is built on collaboration and work with other competitors to raise skill across the board. Both Guttman and Inglis prepare for events with a larger group of rising players—including each other.

"I have been very fortunate to work with a bunch of great players for the last two events, and I think practicing with them helped me level up my game," Guttman said. "Everyone I have worked with has really helped me, but those who come to mind as really helping me get better are Tangrams, Shoop, Owen [Collier-Ridge], Sam Rolph, Allen Wu, Zach Kiihne, Austin Bursavich, and Tristan Wyde-Larue."

Shoop, on MTG Arena, is 2020 Mythic Invitational Top 8 competitor David Steinberg. Kiihne and Bursavich are members of the Magic Rivals League, with the latter champion of the 2020 Season Grand Finals. Wu was part of the winning team for Pro Tour 25th Anniversary and earned a third Top 8 at the 2020 Players Tour Finals. It's an incredible team of new and longstanding talent.

"There have been a bunch of other people who have really helped me as well," Guttman said, "and without getting to pepper these people with an obscene amount of dumb questions, I doubt I would have qualified to the Zendikar or Kaldheim Set Championships."

"I'm on a team with a great group of online grinders, and we're constantly tossing ideas around in our Discord server," Inglis said. "Sometimes I feel like talking about Magic strategy before a big tournament is more fun than playing in the actual tournament itself. Shoutout to Ginky, Sam Rolph, Shoop, [Daniel Goetschel], and everyone else in that group for all the great discussions we've had. Outside of that I also talk a ton about Magic with Jonathan Zhang, especially about improving our competitive mindsets, and that's been a big factor in helping me improve."

"Being around smart players has been something that I was lucky with, maximizing how much I learned from them is what I feel my biggest strength is," Guttman added. "Trying to understand why people are making their decisions and what can I learn from that to apply to my future games."

Both Inglis and Guttman are looking ahead to what they can accomplish in the remaining season.

"I'd love to Top 8 one of these Set Championships," Inglis said. "There's nothing quite like playing these stacked tournaments full of all the MPL and Rivals members, having to face a world-class player almost every round. I'd be very proud to achieve a Top Finish in a field that tough."

Spent 2020 trying to systematically fix my magic weaknesses instead of just flailing away. Proud of the progress I made there.

In pursuit of these goals, Inglis chronicled his journey from pilot of obscure decks to calculating tournament grinder in a document he published online. He graded his deck choice for each tournament he played in 2020, highlighting his commitment to improving his game.

"I think I do a good job learning from my tournament experiences," he said. "I try to reserve the day after a tournament for watching recordings of my matches and thinking about how my deck choice panned out. I would much rather be playing more matches during that time, but forcing myself to reflect instead has helped me break a lot of bad habits and grow as a player."

"Qualifying to the Challenger Gauntlet would be amazing, but just staying qualified to the next set championship is hard enough," Guttman said. "Getting to play against the best is so fun that I just want to keep on being able to do that."

While both players have made great strides in their play in the past year, there are always new Magic goals to consider. Inglis admits that he struggles to play at his peak strength for a whole tournament, knowing that if he can find that consistency "I would be a much stronger competitor."

sneaky lethal from last night that I missed at the time. learn from my mistakes! pic.twitter.com/Hf6vexrXVt

Guttman recognizes his struggles with tilt—"if I make a misplay that costs me a game, it is extremely likely that I will play poorly the next game"—and that it takes him a good number of games to feel like he understands a deck. A new approach he's trying is to understand game plans of archetypes on a bigger scale and then apply those macro-lessons to individual decks and matchups.

It's also important not to neglect the many other ways that players find even a sliver of an advantage, even considering a sense of humor. Guttman's unique username "Ginky" predates his time in Magic by many years, coming from a blanket he's had since he was born.

"I keep it with me during all my events as a good luck charm of sorts," he said. "I'm not superstitious, but I am a little 'stitious'."

As for Inglis, he's following in the footsteps of many other top players by exploring a love of cooking. This has been particularly important during the pandemic as he and his girlfriend are living apart, and cooking together over Zoom has been a strong connection.

"I get a special thrill trying a new recipe for the first time, not knowing quite how it'll turn out, and having to make adjustments on the fly," he said. "If I had to pick one favorite recipe right now, I'd say soondubu (Korean tofu stew), but my answer changes all the time."

These—and dozens of other—challengers continue their quest to the Challenger Gauntlet at the Kaldheim Championship.