We're entering the busiest period of competitive Magic activity we've seen in quite a while! We've had Regional Championship Qualifiers running for the last few months (and you'll find the latest tournament tech in Frank's article), Magic 30 and Magic World Championship XXVIII are on the horizon, and the first round of Regional Championships follow right after that. Throw in a steady stream of tournament circuit options for many players, and you have large tabletop tournaments happening nearly every weekend for the foreseeable future.

There are a couple of interesting things to me that pop up in busy times like this. For starters, it offers a rare opportunity for a player at the top of their game and ahead of the field to leverage that across multiple tournaments. Over the past few years, we've seen groups like the "Czech House" in recent years post dominant stretches across online play—I still vividly remember the weekend they debuted the incredibly powerful Kethis, the Hidden Hand combo deck that upended the MTG Arena metagame.

It's always been this way, and the rotating cast at the top keeps Magic and metagames interesting. A number of high-level Magic players got their start online breaking metagames over a period of months, and today players like Brad Nelson (fffreak) and Reid Duke (reiderrabbit) and Logan Nettles (Jaberwocki) are household names. Heck, Randy Buehler's Hall of Fame career was earned largely back in the 90s with a stupendous, short sprint of events similar to what we have coming up. More recently, it was Luis Salvatto who completed a worldwide tour over an incredible monthlong period of pressure-packed performances, and in the end it led him to winning the Player of the Year title.

But there's one thing I've learned from years of Pro Tour experiences—gamers are gonna game. Magic players are going to gather, and they're going to draft after completing sixteen grueling rounds of Pro Tour Magic. It's a fact of life, just like the sky is blue and Merfolk are the best deck in Modern.

So, it comes as no surprise that a busy slate of tournament Magic just isn't enough Magic for everyone—and for that we have Arena Championship 1 this weekend.

Arena Championship 1 kicks off on September 24th (that's this weekend). It's the first edition of a thrice-yearly, 32-player event where qualified players face off for $200,000 and World Championship invitations. Invited are the players who earned seven wins in a Qualifier Weekend Day Two from May, June, July, or August, in addition to invitations for those who performed well over previous qualifiers. The event features both Dominaria United draft as well as Alchemy.

The field is filled with familiar names—including a Magic World Championship XXVIII competitor who has played more Pro Tours on MTG Arena than in tabletop.

"I have improved greatly in the MTG Arena era, and I'm looking forward to translating that success to paper in the upcoming Pro Tour season," Zachary Kiihne reflected. "I'm qualified for the World Championship this year and the next Pro Tour. I'm looking forward to using this event further my play with some high-level draft practice." 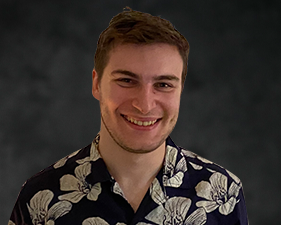 Perhaps no one better exemplifies the latest online-to-tabletop pipeline than Kiihne. He first made a name for himself on the Star City Games Open circuit, and soon began adding Grand Prix Top 8 appearances to his name, starting with Providence in 2016. He followed that up with his first career Top Finish at the Players Tour in Phoenix in 2020. It was the perfect start to a new era of play for Kiihne, and his ascent figured to continue.

But the pandemic shut down that season early, and Kiihne was at a crossroads: Could he adapt in the new ecosystem?

"The last two years have seen me grow greatly as a player," he said. "Covid cut the premier play season short, and I got added to the Rivals League as a report. That season helped me level up my game by playing against some of the best players in the world repeatedly. I was then able to show off my improvement this past season where I made Top 8 of two of the three Pro Tours. MTG Arena is how I have played Magic for the past two years—I've played more Pro Tours on there than paper, and I'm very comfortable with the client."

Kiihne didn't just adapt—he thrived and has earned himself a spot at the forefront of competitive Magic as a result of how well he and his testing team have succeeded.

"I'd like to shout out my teammates who have helped me grow as a player these past two years—Allen Wu, Austin Bursavich, David Inglis, Johnny Guttman, Marcus Luong, Mike Sigrist, Nathan Steuer, Paulo Vitor Damo da Rosa, and Tristan Wylde-LaRue—we use MTG Arena exclusively to test heads-up against one another, and this approach is what has helped my play improve," he explained.

Not a bad list of teammates, considering it has both previous Pro Tour and World champions. If you're looking for the team at the forefront of the online metagame in 2022, this is where you must start.

Kiihne isn't the only familiar player competing this weekend—in fact you may already be familiar with Michael Bonde, even if you didn't know it.

We'll fight each other at the event, can't wait! 💪🏻 pic.twitter.com/jtoSvG244T

No matter how many times I see it, I love that gif and the moment it represents, when Bonde made his first career Top Finish. That follows a handful of Grand Prix Top 8 appearances over the past decade, along with a Pro Tour résumé longer than most players have even been around.

"Since 2008, I traveled to more than 100 GPs plus Pro Tours, so the last few years have been really 'weird' in regards to what my normal routine looks like. When international travel ceased, I was 10% short of earning an invite, so I couldn't have hit it worse, but during the last few years a lot of different tournament series have been established, and I was riding on wave of winning," he recalled. "I won my first two PTQs ever on Magic Online, and then I won one of the Red Bull qualifiers and made the Top 8 of the finals, plus over the course of a year or so I made the finals and another Top 8 of the SCG online circuit.

"So yeah, I've been playing as much as possible in all the different arenas, while also being a good parent, partner, and teacher."

No kidding. That's the dedication that has driven Bonde to success since the world changed—and so has his.

"I've got two children now, so getting to play in paper hasn't been on the menu," he said, putting it lightly. "But I did get to play in the Regional Championship Qualifier in Copenhagen, which felt extremely good. I don't get to play much league play or grind the ladder, so the play-in system has fit extremely well with me. For this event, I'm obviously chasing the World Championship invite, but I also just bought a house with my family in August, so the massive prize pool isn't a joke!"

It's been a whirlwind of diapers and dailies for Bonde, but with invitations to next year's World Championship on the line—as well as an upcoming Pro Tour—he's been putting in as much work as he can. An effort that didn't go unnoticed.

"Pascal Vieren reached out to me and asked if I wanted to join forces for this event," Bonde explained. "He'd already talked to Zach, Jason Ye, and they were part of the squad. Being from the same region and having played in a million tournaments together, I also asked Elias Wastfeldt if he wanted to test with us. I had very little experience with the Alchemy format, but we got a Discord set up and tried to get a feeling of the potential metagame. The format is extremely open—there really isn't a ladder, and no one has written much about Alchemy after rotation, so our metagame consisted of the decks we were able to build that we thought would be good. To us, it looked like Esper was the clear 'best deck,' but Elias found a sweet interaction, and we worked two weeks to give it the best shell to beat Esper consistently.

"I think it worked quite well, considering four of the six of us are playing a build of our Domain deck."

Now comes the Arena Championship, and unique opportunities for everyone involved. It's sure to be a challenge for the Danish schoolteacher, but Bonde has proven he can balance responsibilities while still excelling online, and now comes his best chance yet.

Arena Championship 1 kicks off at 9 a.m. PT on Saturday, with coverage being streamed at Twitch.tv/Magic. The 32 players will compete in Draft and Alchemy over two days to determine the winner, who will then qualify for the next slate of major tournaments in 2023.

On the tabletop side of things, there are a pair of tournaments in the Midwest. There's the $10,000 NRG Series Modern trial in Minneapolis followed up by a Pioneer $5k, with coverage coming on NRG's channel. The other major event is the Thailand Pioneer Open in Bangkok.

Magic 30 and World Championship XVIII are just about a month away, and with the tournament schedule heating up, it's sure to be an epic sprint for players down the stretch.